Magic: The Gathering – All New Red Cards In Jumpstart 2022

Jumpstart 2022 is a follow-up to the popular Magic: The Gathering set released back in 2020. You take two twenty-card packs, each one with a unique theme, and mash them together, building a deck from those two packs. The packs are semi-random but stick to a single theme. However, Jumpstart 2022 isn’t just filled with reprints and old cards, there are also tons of new cards spread across each pack.

The new red cards in Jumpstart 2022 are particularly powerful, featuring some new abilities and several new legendary creatures to build Commander decks around. Let's take a look at all nine new cards coming to MTG and see how they compare. 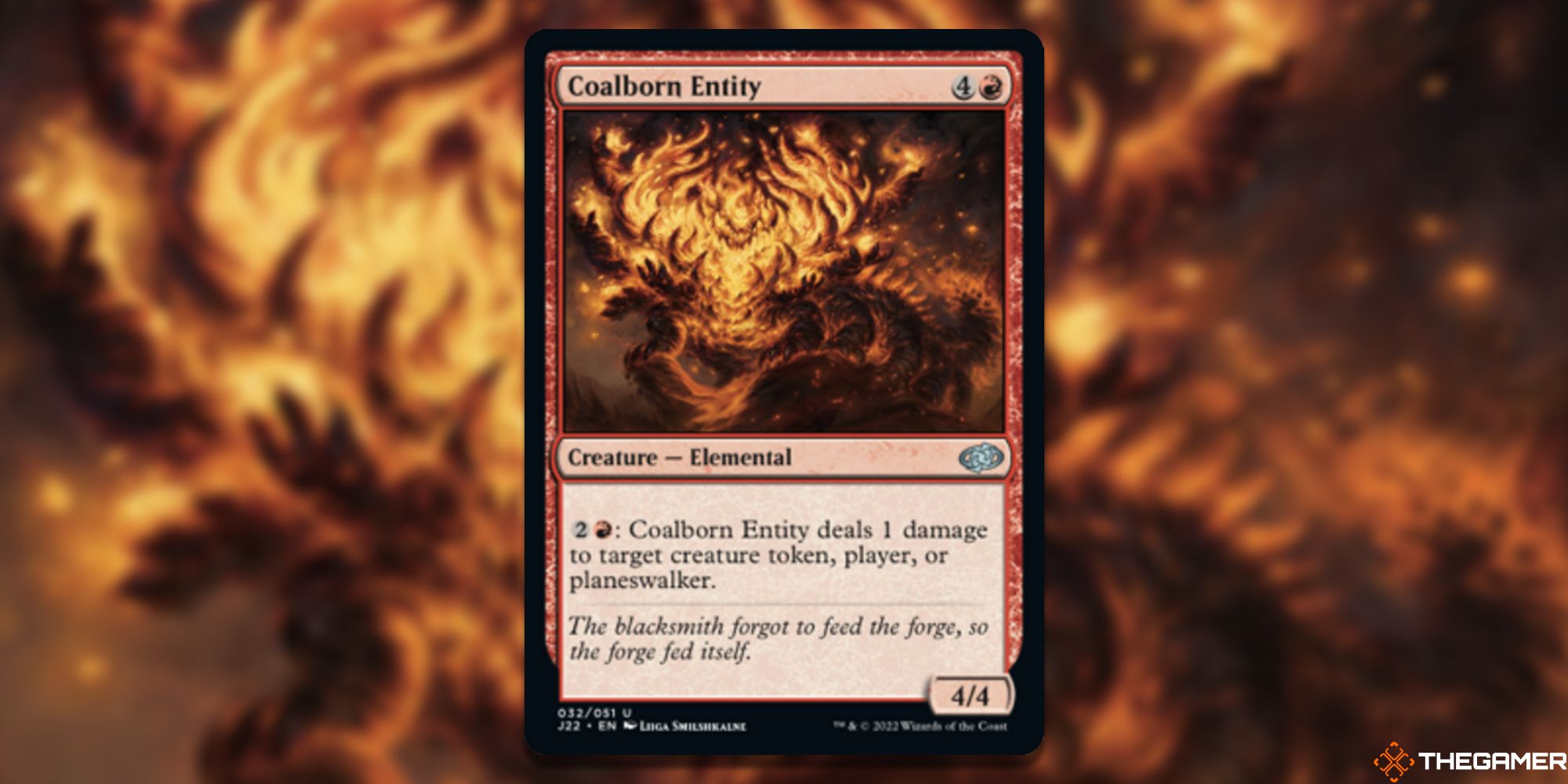 First up is Coalborn Entity, a five-mana Elemental creature that can ping a creature token, player, or planeswalker for three mana. Curiously, it cannot damage regular creatures, only creature tokens.

Coalborn Entity is a fine mana sink for when the game is going a little too long or there is a stalemate in the board. Keep paying the three mana to ping your opponent’s life total and either force some unfavorable attacks or take the game off of incremental damage. 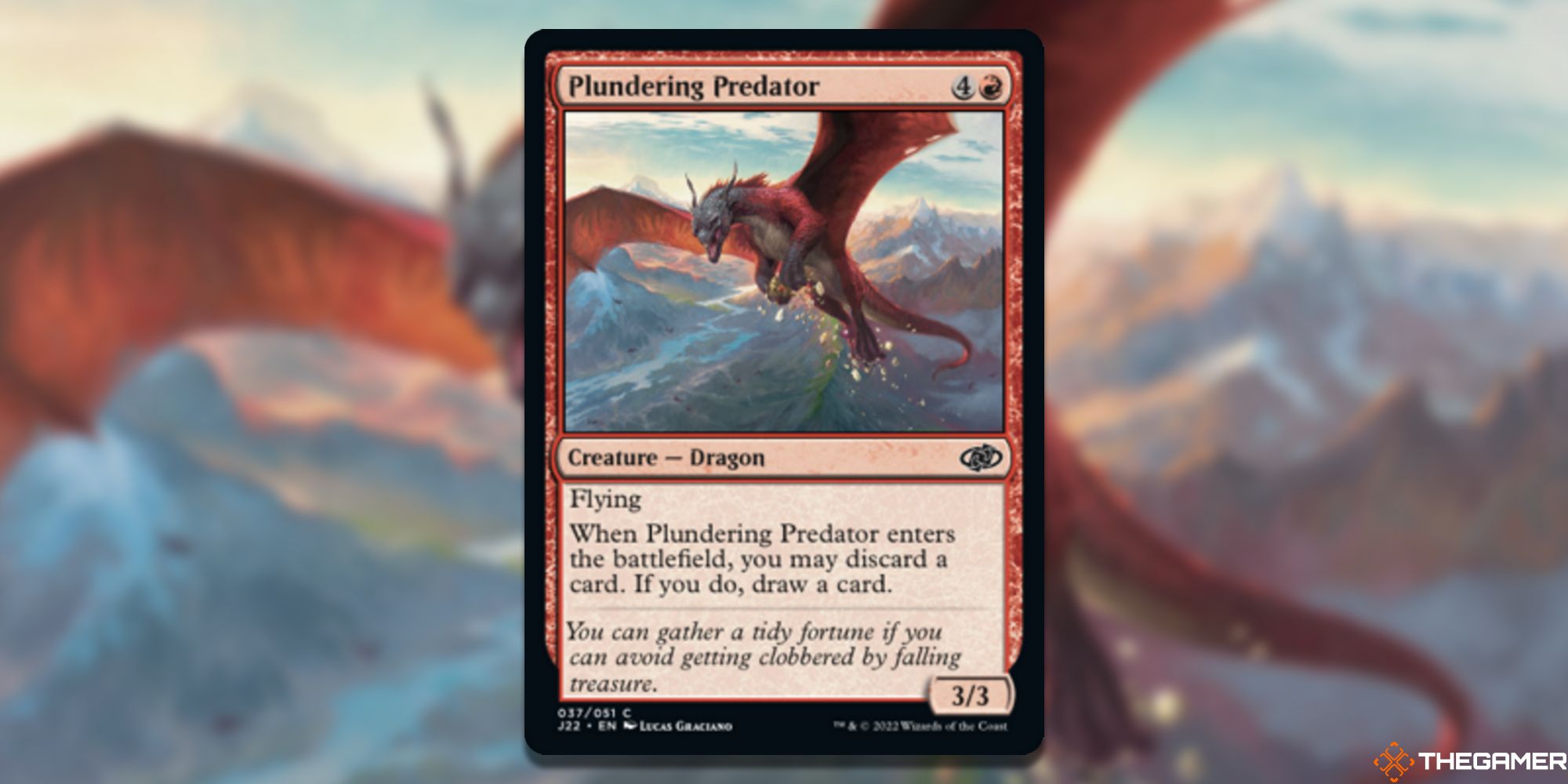 Red is a color that rarely sees flying creatures, unless they’re Dragons, and this card is no exception. Plundering Predator is a moderately costed Dragon that can help draw you to better answers.

Keep in mind that Plundering Dragon does require you to discard a card before you can draw one, so casting it with an empty hand won’t benefit you. As far as Dragons go, Plundering Predator is fairly middle of the road, but even a 3/3 flying Dragon can win the game if your opponent can’t answer it. 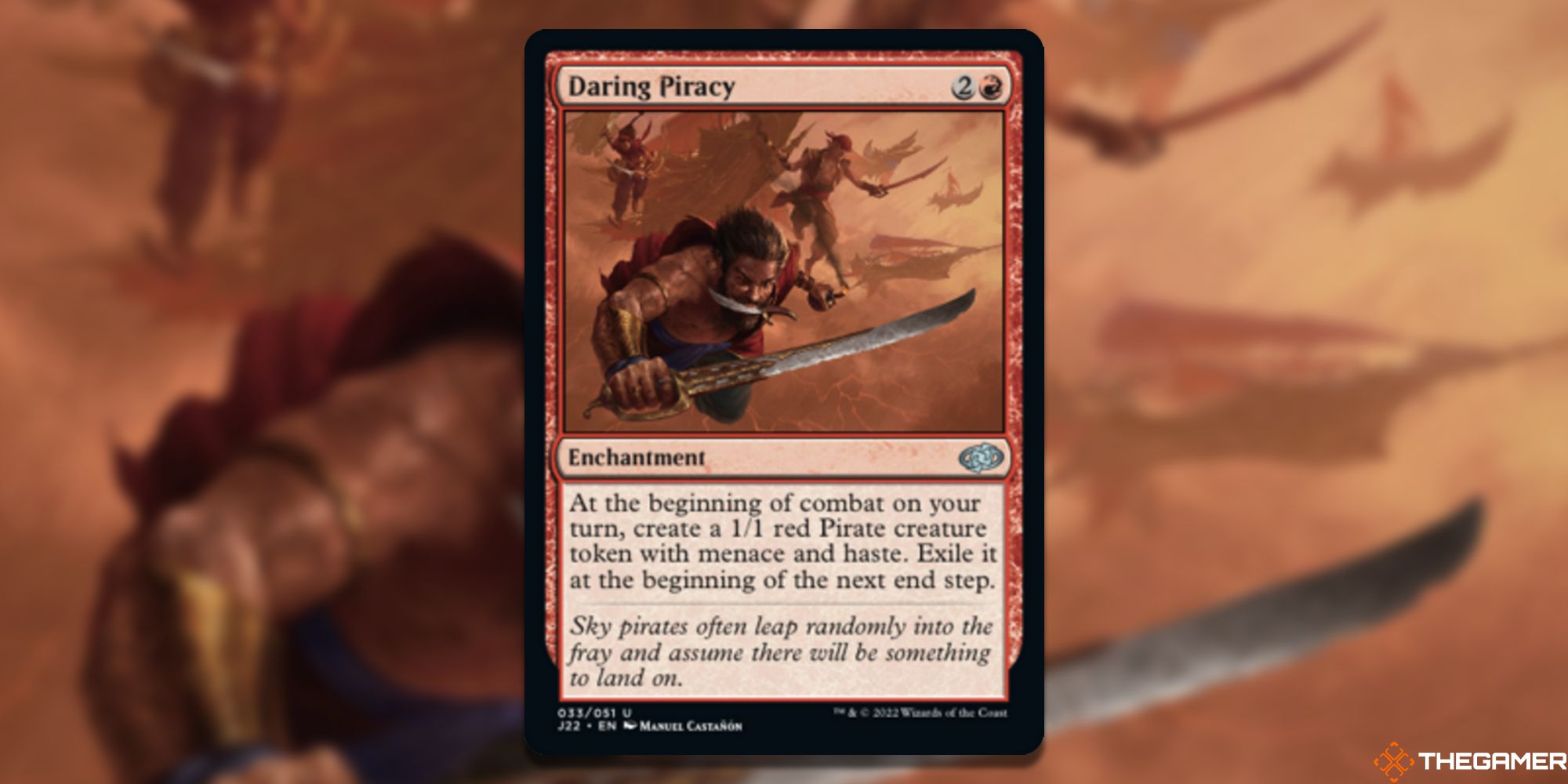 A constant stream of Pirate creature tokens with both menace and haste seems pretty good in most situations. While a 1/1 might not be terribly threatening, Daring Piracy can push some early-game damage very easily.

Even better, in a deck with a reliable sacrifice outlet you can use your extra Pirate tokens to generate even more value, either draining your opponents' life totals with a card like Blood Artist or helping to ramp up in mana with Ashnod’s Altar. 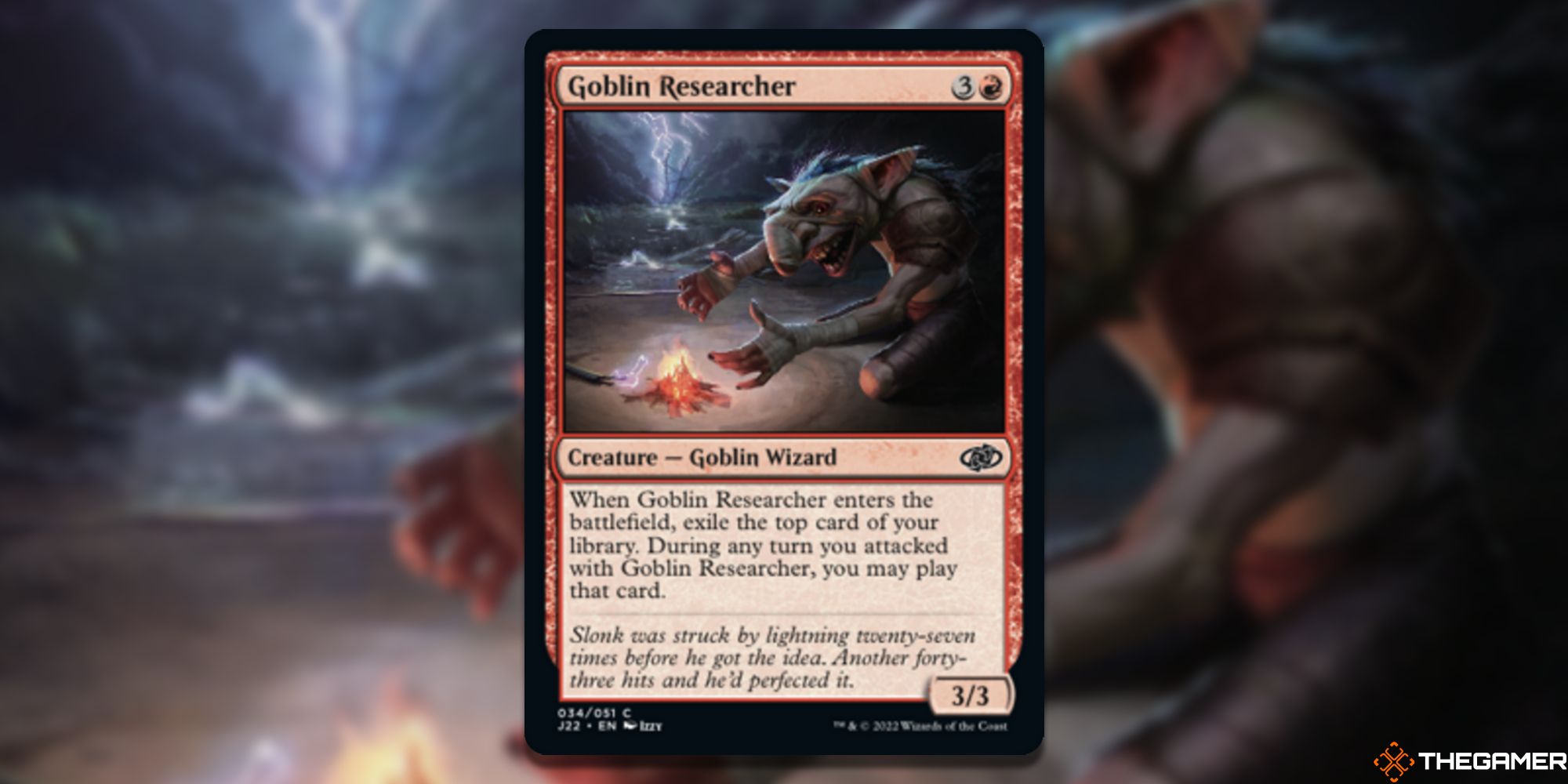 Goblin Researcher is an interesting card. When it enters the battlefield you exile the top card of your library and can only play it on a turn where you have attacked with Goblin Researcher.

If Goblin Researcher were to die before you are able to play whatever card it exiles, it is lost forever. A 3/3 for four mana that also draws a card is a solid creature in limited and could easily find a home in a Goblin-based Commander deck. 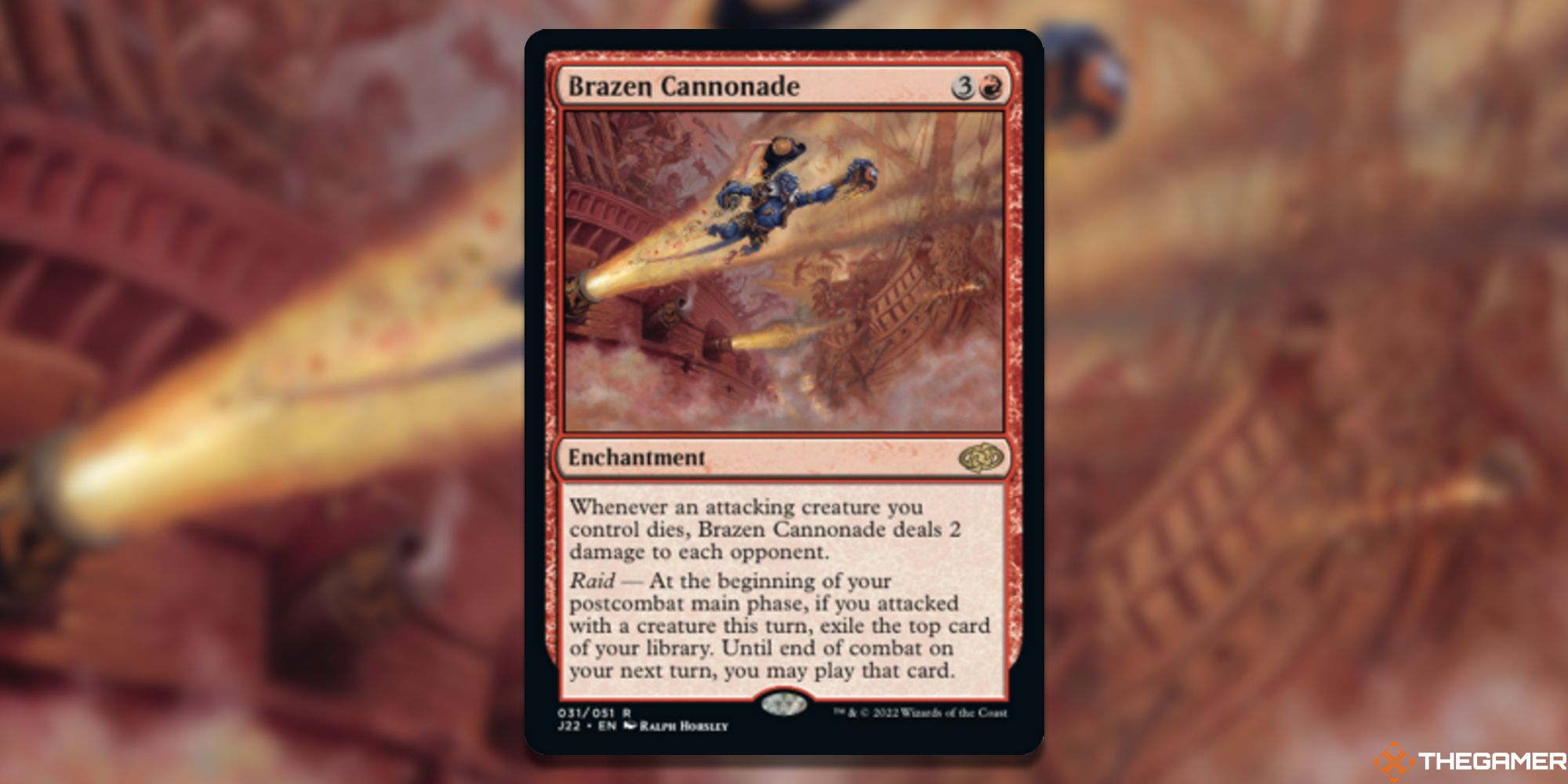 This enchantment rewards you for throwing your creatures into combat every chance you can. When a creature you control dies, if it was attacking, you get to deal two damage to each opponent.

While extremely niche and likely not very good, you could swing at your opponents with an army of small tokens, wait to see how blocks are declared, and then activate Pyrohemia before damage is done, dealing damage to each creature and player. If blocks weren’t favorable or someone had some sort of combat trick to stay alive, you can use Pyrohemia to kill your tokens and then use Brazen Cannonade to deal a bunch of damage to your opponents. 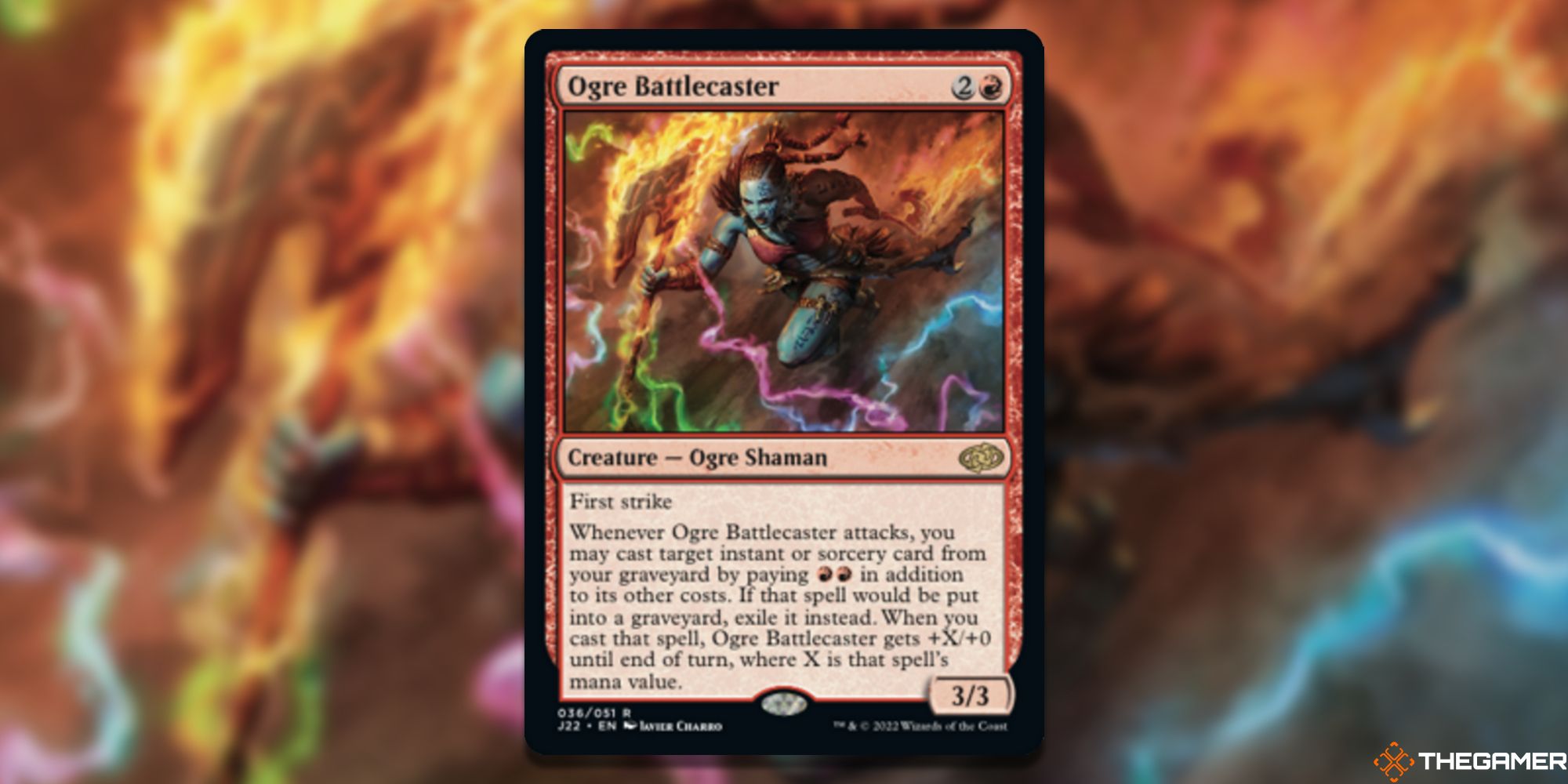 A 3/3 for three mana with first strike is already pretty solid. It can safely attack a modest board to activate its second ability. By paying two red mana in addition to its regular mana cost, you can cast an instant or sorcery from your graveyard. Ogre Battlecaster then gains +X/+0 equal to that card's mana value until end of turn. 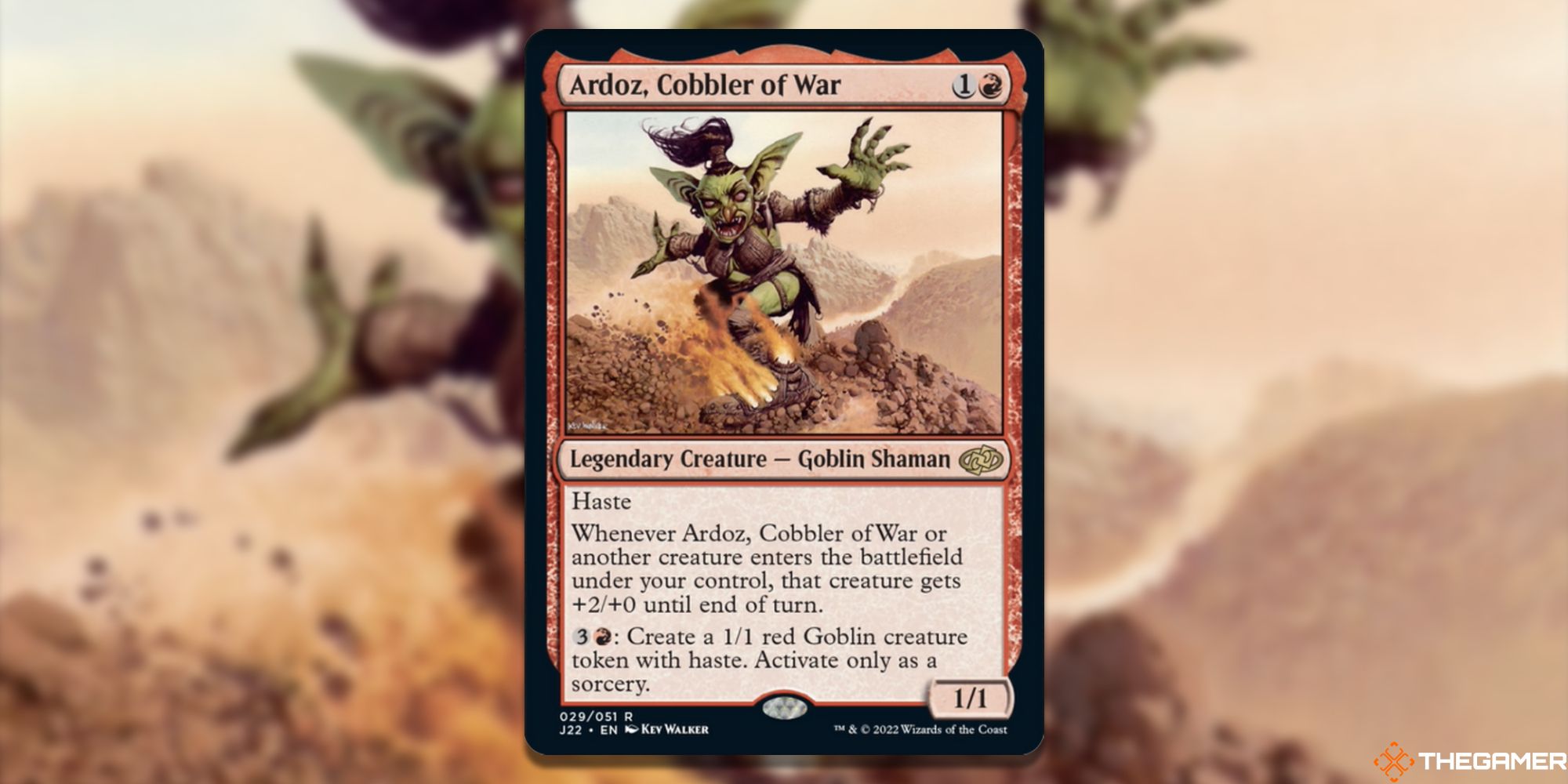 At just two mana this hasty Goblin hits hard and rewards you for playing other creatures with haste by pumping them up for a turn. Any creature that enters the battlefield under your control gets +2/+0 for a turn, giving them a fairly significant boost in power. With cards like Barbarian Class, Fervor, and Mass Hysteria, you can give everything haste.

Late in the game, whether it be in a limited Jumpstart 2022 game or in Commander, you can dump a bunch of mana into Ardoz to create tons of tokens to swarm the board. Though it might feel a little counterintuitive, running Ardoz with Cavalcade of Calamity gives your tokens and smaller creatures a second chance to deal even more damage on the turn after they entered the battlefield. 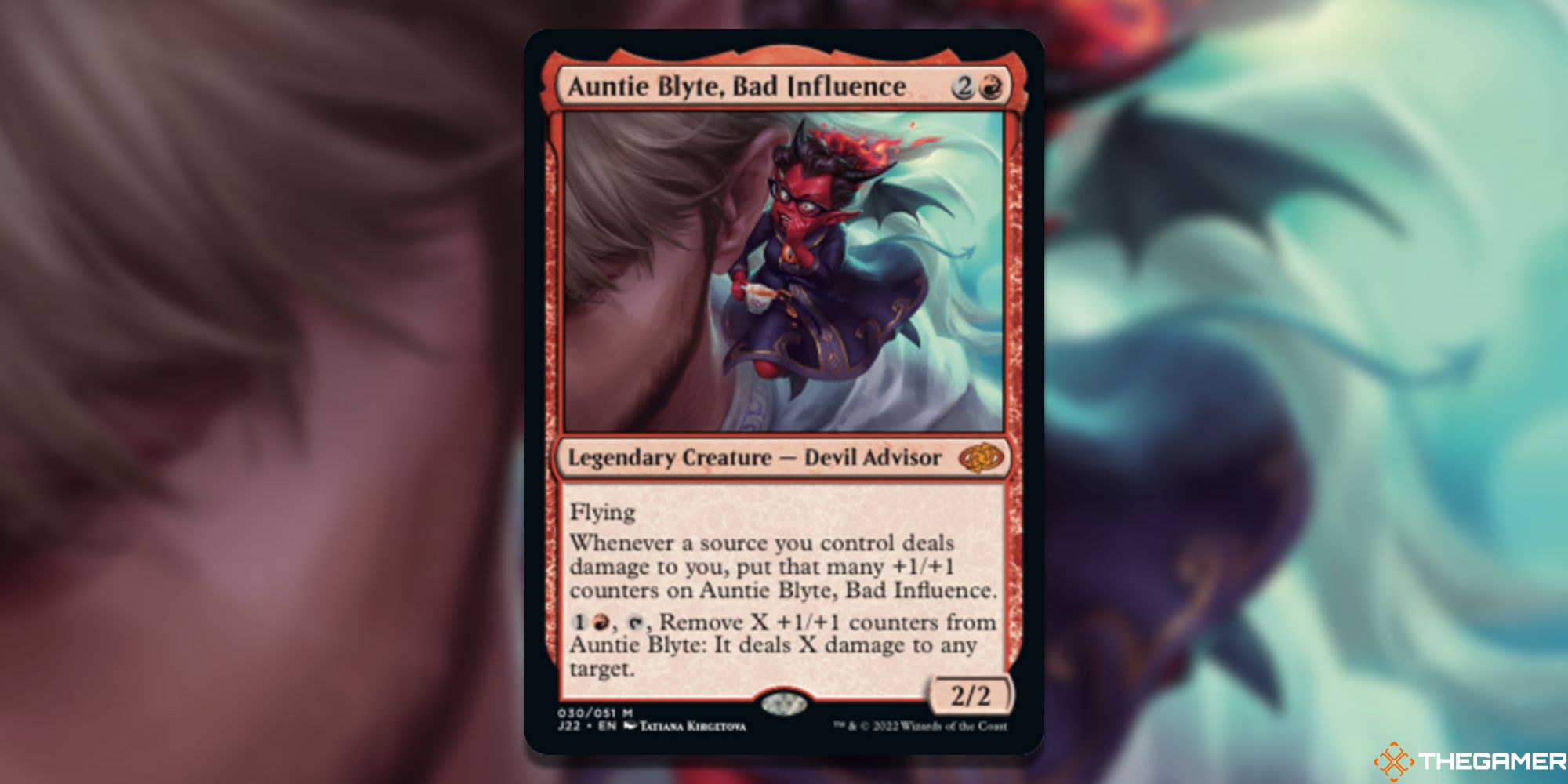 This gossipy little devil is here to spill the tea on all your opponents. Auntie Blyte gains +1/+1 counters every time you deal damage to yourself. This can be done a few ways, either through Fetch Lands, taxing cards like Mana Barbs, and creatures like Heartless Hidetsugu.

Load up Auntie Blyte with a bunch of tokens and send all that pent-up damage to a target of your choice. If you have some way to gain life, like with Basilisk Collar, you can recover all the damage you dealt yourself and start building back up for another massive attack. 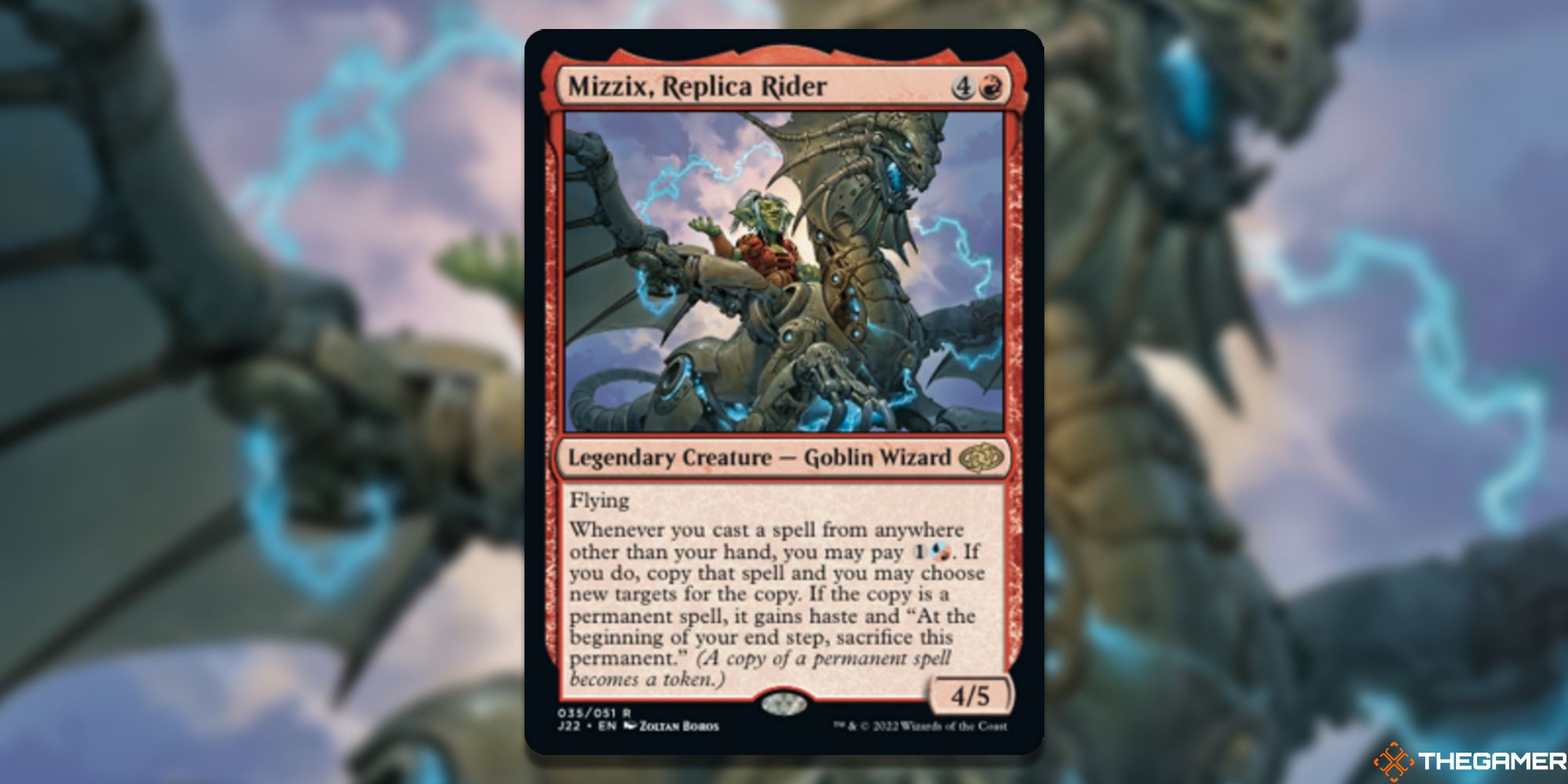 Copying spells in Magic has historically been extremely good, and with Mizzix, Replica Rider you get to copy anything so long as you’re not casting it from your hand.

There are plenty of ways to exile cards from a deck or to cast them from a graveyard in red and blue to help trigger Mizzix’s copy ability. Etali, Primal Storm does a wonderful job of stealing plenty of spells for free from your opponents. Another card that is fun to play with Mizzix is Chaos Wand, which allows you to cast spells from your opponent’s deck. Just pay an extra two mana, and you can copy that spell if you want.