Magic: The Gathering – The 5 Best Commanders From Dominaria United

Magic: The Gathering's Dominaria United is a return to magic's most lore-rich setting, filled with characters and references that date back to the earliest days of the game. While the past few years of magic have notably prioritized the Commander format, with the introduction of countless powerful new Commander options, Dominaria United features a substantially high number of new legendary creatures.

With such a massive number of new potential commanders available, some are likely not to thrive outside of limited, while others are sure to become Commander format staples. So we're going to examine the new legendary creatures of Dominaria United for the best Commanders! 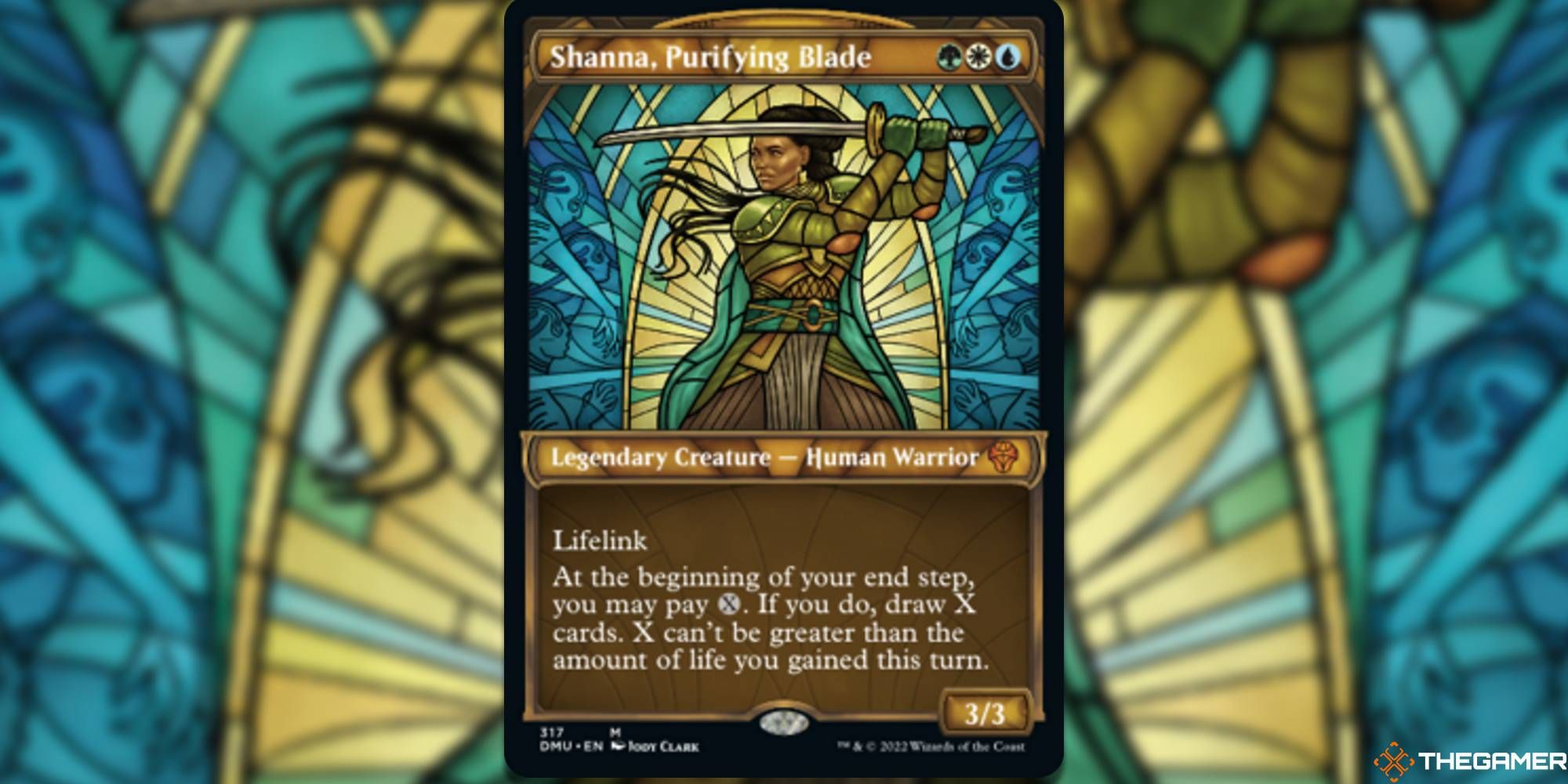 While lifegain decks tend to get a bad rap from some players, Shanna, Purifying Blade may be one of the strongest lifegain commanders ever to see print. A Bant (blue/green/white) 3/3 Human Warrior with lifelink for the low cost of three mana; Shanna states that at the end of your turn, you may pay X mana where the potential maximum of X is equal to the amount of life you gained that turn. You then draw that many cards.

This impressive effect can potentially allow a Shanna player to draw a substantial number of cards across a game simply by gaining life. Furthermore, by being within the Bant color identity, a Shanna deck has access to many of the strongest lifegain and mana ramp options Commander has to offer. This means a Shanna deck will consistently be able to gain life and have access to the mana to pay for this additional card draw. 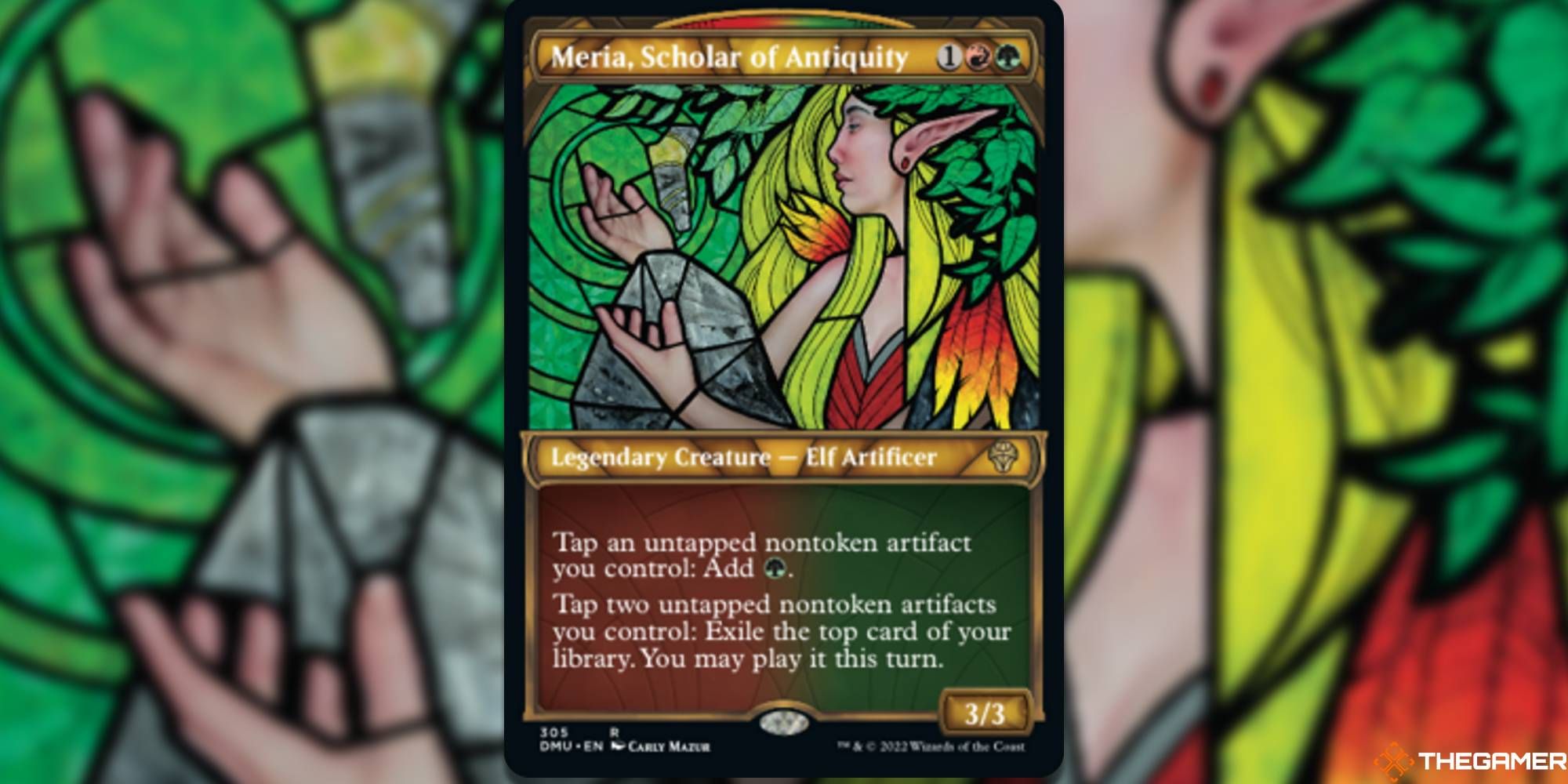 Meria, Scholar of Antiquity, is a great new Gruul (green/red) artifact commander option. While Gruul isn't typically a color identity associated with artifacts, Meria can turn each of your artifacts into a multipurpose source of value. For the efficient cost of three mana, Meria is an Elf Artificer that states that each non-token artifact under your control may be tapped to produce one green mana, allowing each utility artifact in your deck to double as a mana rock.

While this is already a great effect, Meria also states that you may tap two artifacts under your control at any time in order to exile the top card of your library, allowing that card to be played this turn, serving as an impulsive draw. Between these two abilities, Meria simultaneously serves as both a source of mana ramp and card advantage, providing two of the most important forms of value in the Commander format, all for the low cost of three mana! 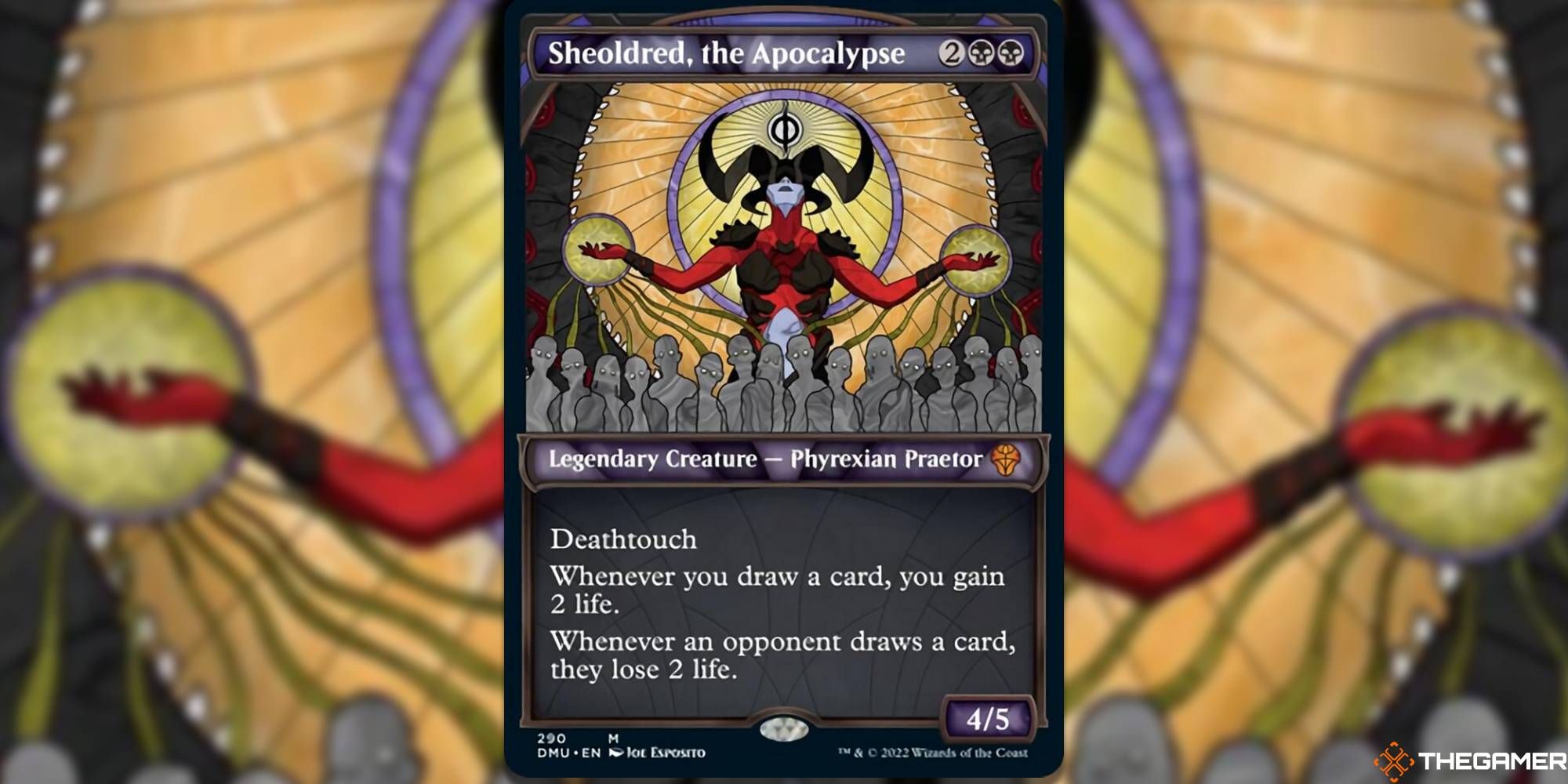 Sheoldred, the Apocalypse is the second iteration of New Phyrexia's black Praetor and an excellent new mono-black commander option. A simple yet incredibly effective card design, Sheoldred is a 4/5 with Deathtouch for four mana that states that whenever you draw a card, you gain two life and that whenever one of your opponents draws a card, they lose two life.

Reminiscent of the iconic commander, Nekusar, the Mindrazer, Sheoldred simultaneously rewards you for drawing cards and making use of black's life-loss-related card draw while severely punishing opponents looking to draw additional cards. As drawing additional cards is among the most potent and sought-after effects in the entirety of Magic, Sheoldred, the Apocalypse is capable of dealing massive sums of damage to your opponents throughout a Commander game. 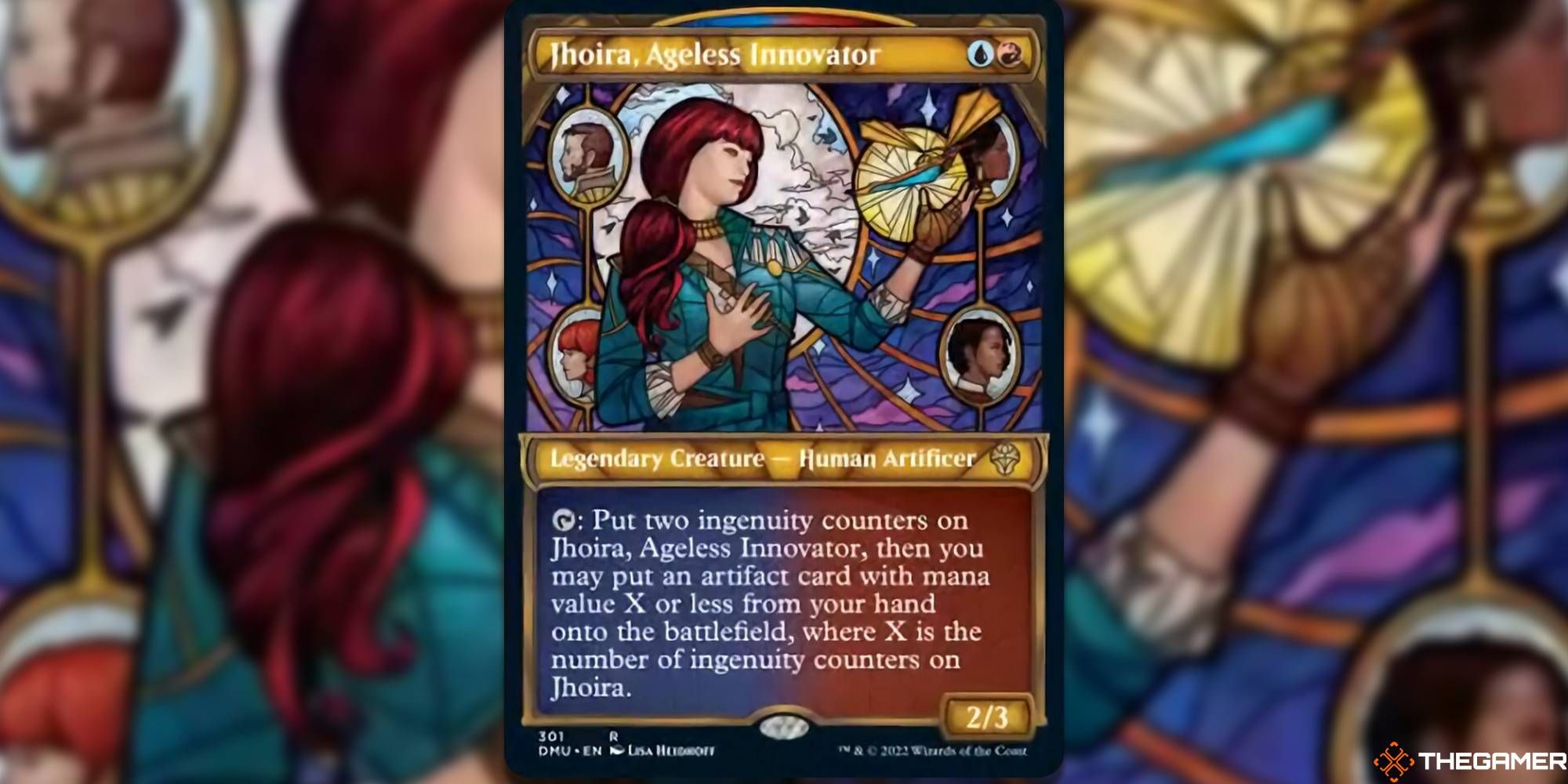 The third iteration of the iconic Izzet (blue/red) character of Jhoira, Jhoira, Ageless Innovator is a great and efficient artifact-based commander that can allow you to easily cheat numerous artifacts into play throughout a game without paying their mana costs. For a mere two mana, this 2/3 Human Wizard may be tapped to put two Ingenuity counters on itself.

Then, you can put an artifact from your hand directly into play without paying its mana cost as long as its mana value is less than or equal to the number of Ingenuity counters on Jhoira. As Jhoira can be reliably cast during the second turn of each game, the number of counters on Jhoira can get out of hand quickly. This allows for substantial and noteworthy artifacts to not just be played for free but played in a manner that can't be countered! 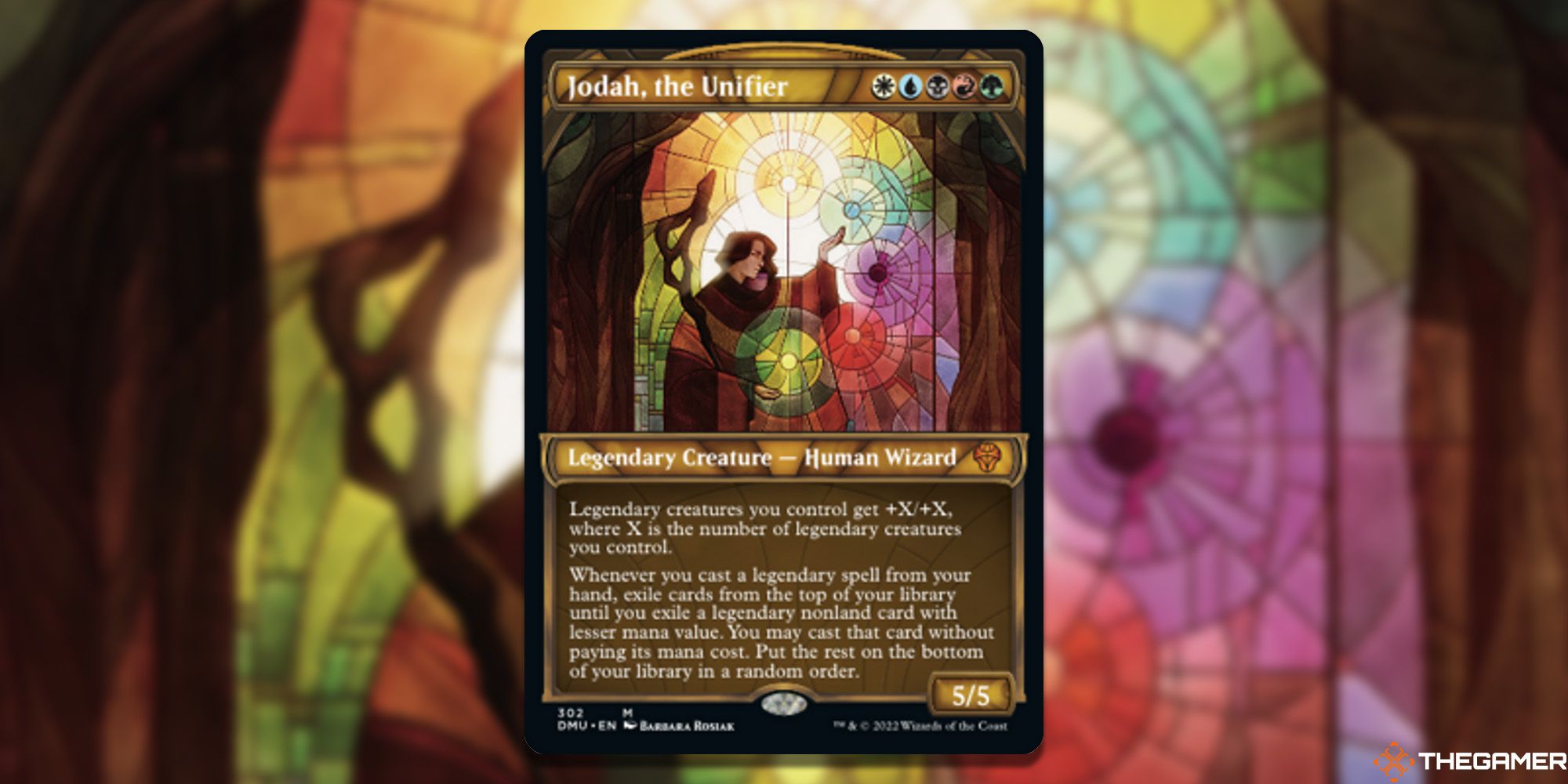 Comparable to cascade, this ability allows a Jodah deck's legendary creatures to offer a frankly massive degree of value as legendary permanents quickly take over a board. While doing so won't make the most of Jodah's offensive benefit, it should be noted that this ability only cares that the spell cast is Legendary and not if it is a creature. Jodah can make for a great five-color Superfriends commander!