Magic: The Gathering – The 7 Best Dominaria United Cards For Modern

With the release of every new set of cards, there's always a handful of standout additions that end up being powerful enough to affect older formats. Considering Dominaria United takes place in Magic: The Gathering's first and arguably most-beloved setting, it makes even more sense that some of the new cards alter the landscape of Magic's oldest formats.

While Modern is far from the oldest format in Magic, the addition of the Pioneer format to constructed play has certainly made it feel more aged than ever. Furthermore, the bar for playability has risen even higher since the introduction of Modern-specific sets like Modern Horizons. Despite this, Dominaria United has introduced some truly synergistic cards that stand to possibly revive old strategies and bring additional tech to new ones. 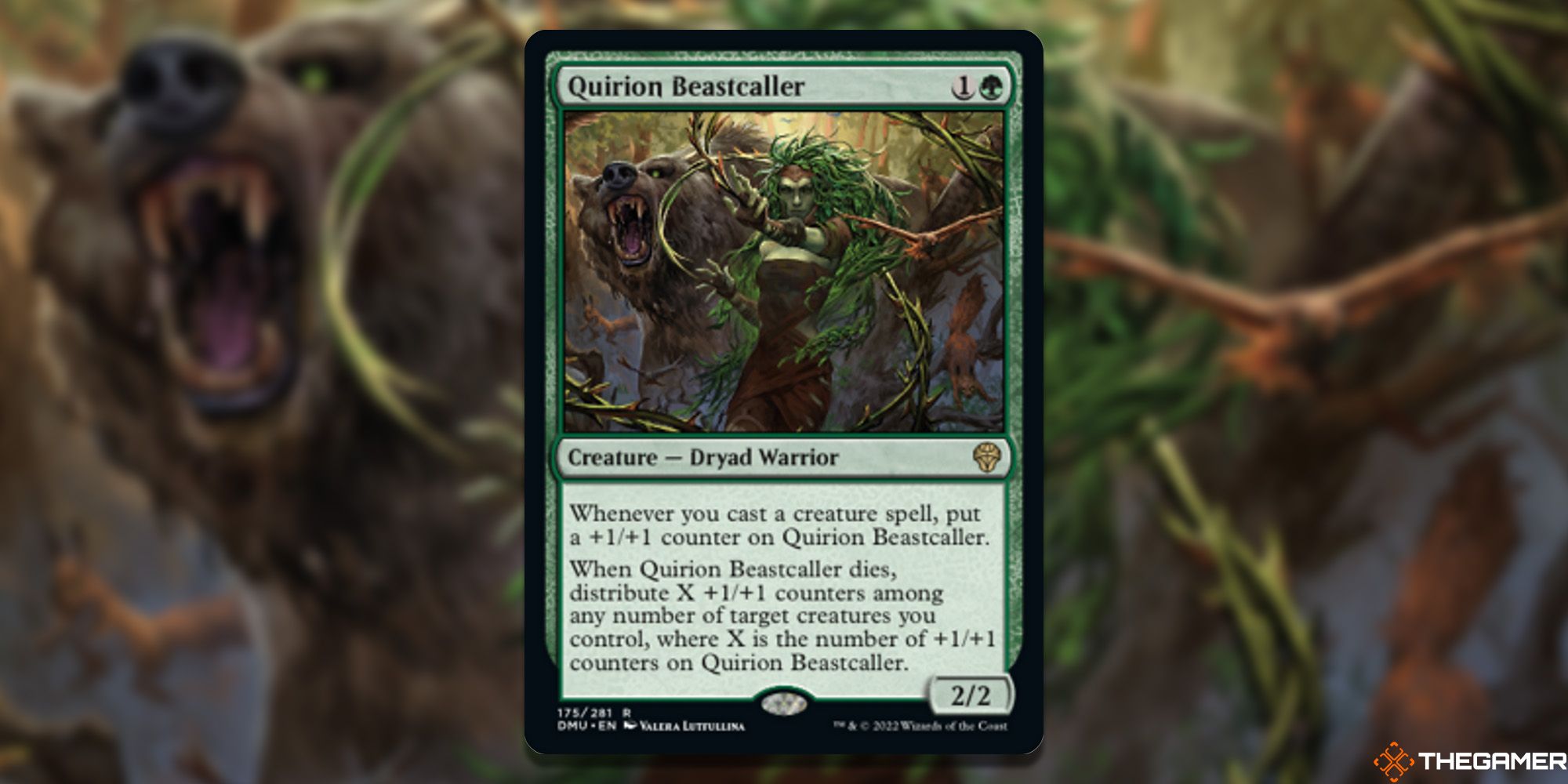 Hardened Scales decks may have a new tool in this counter-based creature that continues to grow as you cast creature spells. What really makes this card a contender for Hardened Scales strategies, though, is the ability to move those counters to any number of other creatures you control once Quirion Beastcaller dies.

After all, it's hard to find a better target for counters to go on than Walking Ballista or Hangarback Walker. Beastcaller won't bring Hardened Scales back to prominence at the top of the meta or anything, but it is a useful addition to the deck that keeps it on the Modern map. 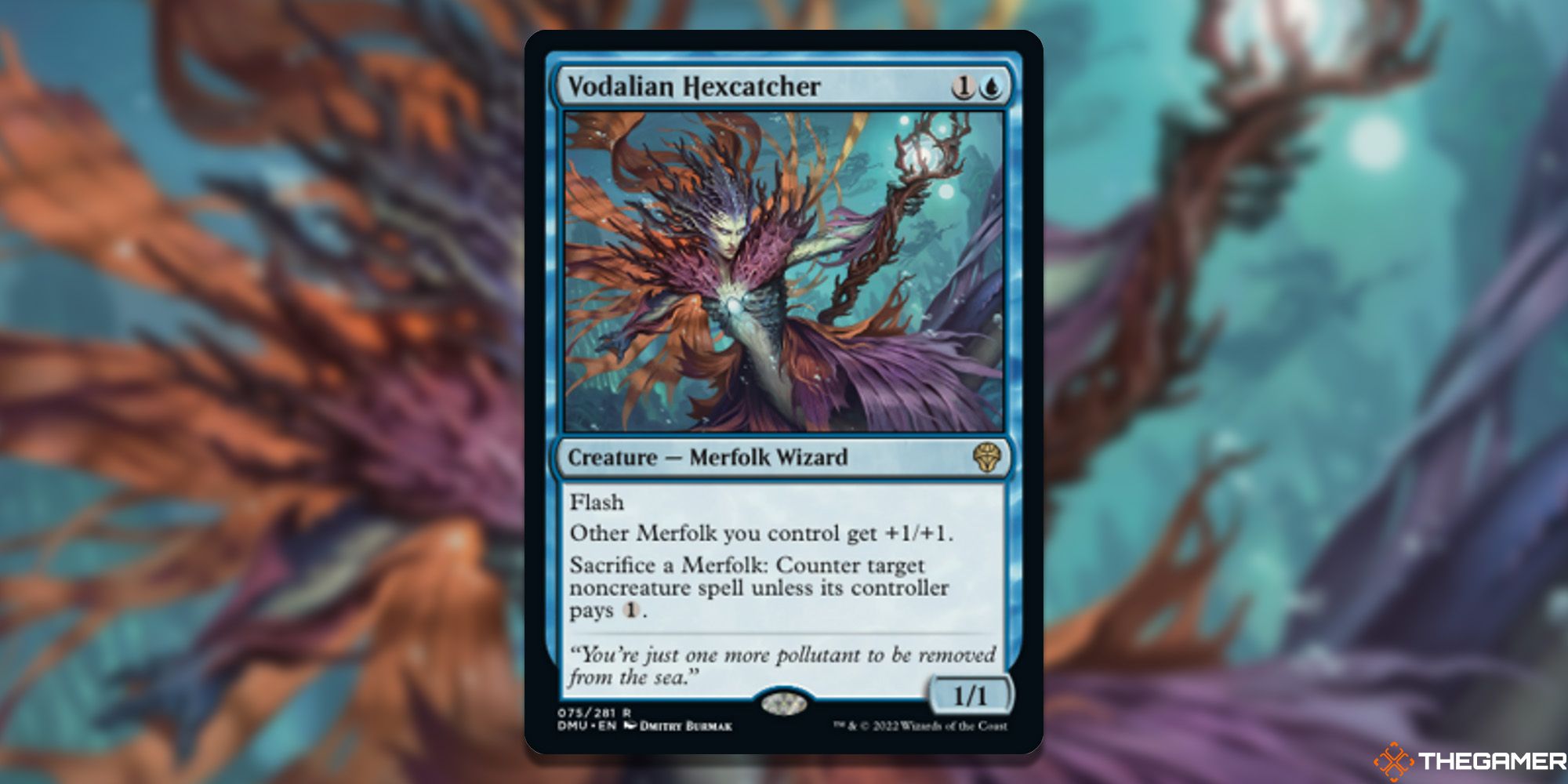 Speaking of decks that have fallen from great heights, Vodalian Hexcatcher is the best Merfolk card that's been printed in quite some time. Years ago, Merfolk was one of the most feared decks in all of Modern, due to its aggression and ability to interrupt opposing game plans through the use of counterspells.

One of the most annoying of those counterspells came in the form of a creature named Cursecatcher. This card was potent because it could swing in for incremental damage, grow from the presence of a Lord on the board, and then eventually sacrifice itself to counter a wrath or otherwise devastating spell from the opponent's hand. Vodalian Hexcatcher makes every Merfolk on the opponent's side of the battlefield a Cursecatcher, while also pumping them up. While it's highly unlikely that this Merfolk alone will bring Merfolk tribal back to success in Modern, it's a step in the right direction. 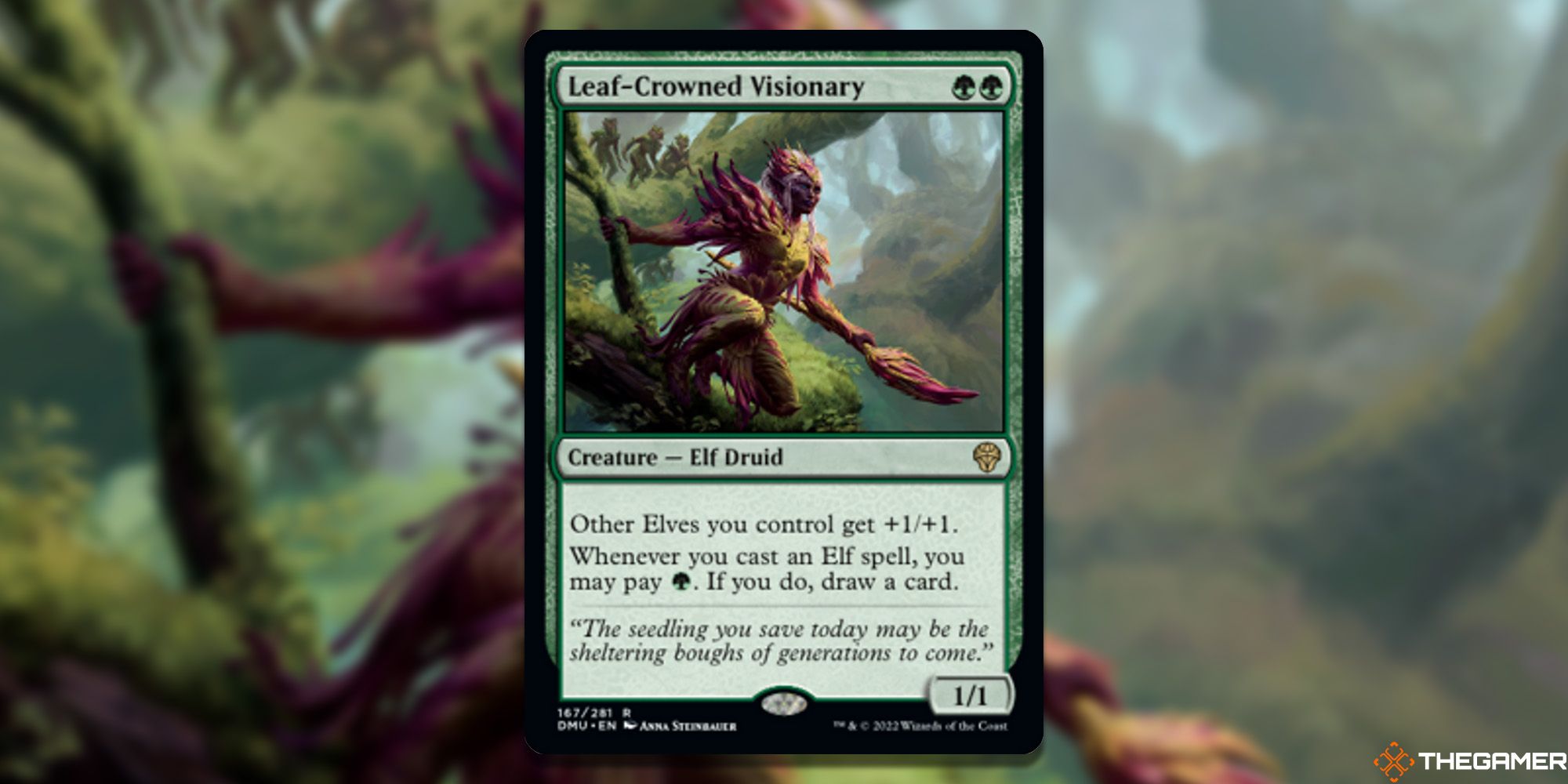 This creature is yet another tribal-inspired card that looks to aid the once dominant green tribe of Modern: Elves. Back in the day, the Elf game plan revolved around putting a ton of Elves onto the battlefield, using them to generate obscene amounts of mana, and then expending that mana to cast a Craterhoof Behemoth that turned your army of Elves into a game-winning alpha strike.

It was a rather one-dimensional deck, but who doesn't love generating tons of mana and casting giant creatures? Leaf-Crowned Visionary calls back to this old strategy through its ability to pay a single green mana to draw a card each time you play an Elf. Additionally, it's also a two-mana Lord that stands to make your Elf army that much more threatening. 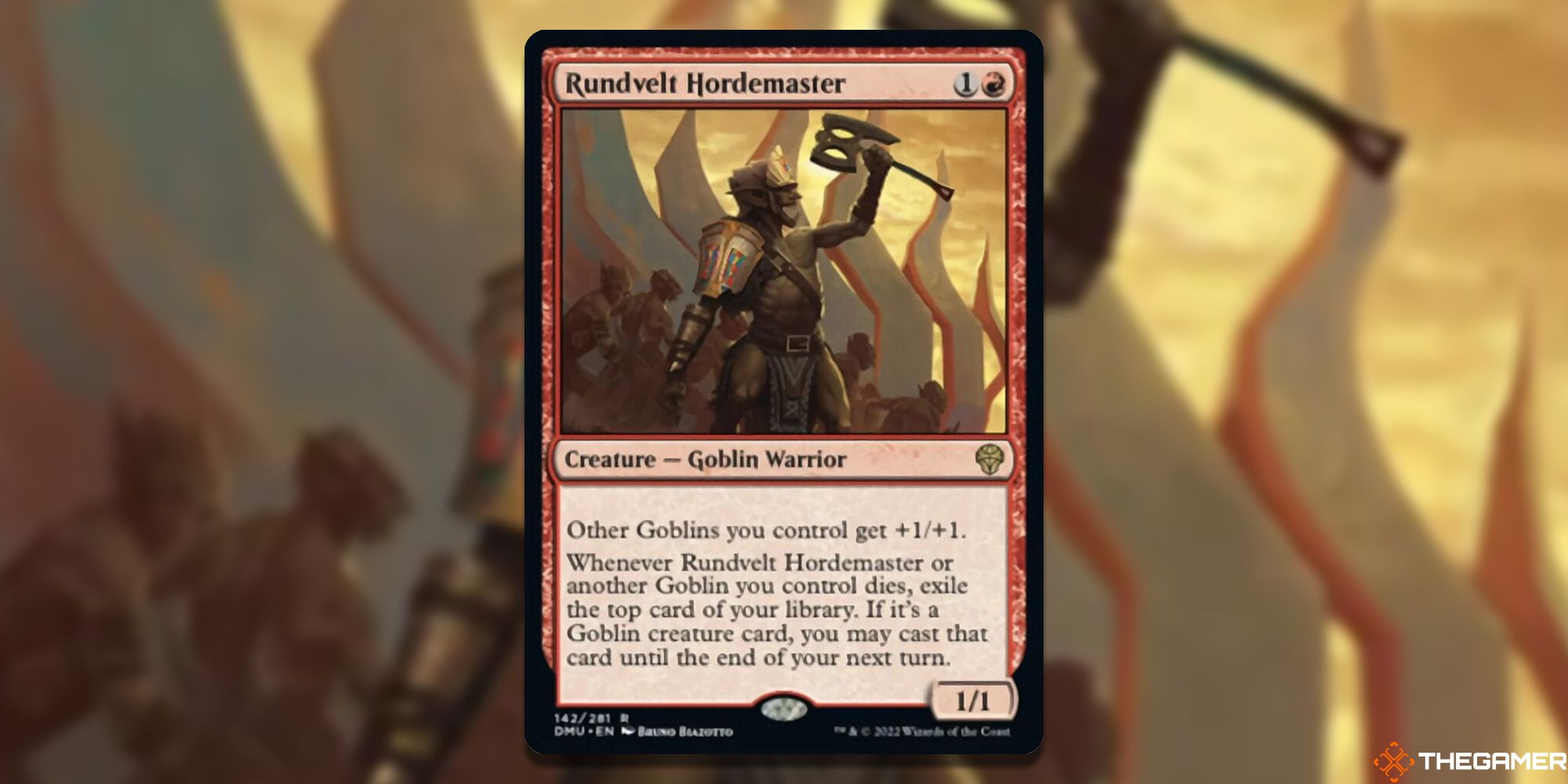 Needless to say, tribal decks were the winners of Dominaria United. It makes sense, seeing as Dominaria is Magic's original setting, and each of these tribes has roots that go back all the way to the first days of the game. Goblins was the first tribal deck to ever exist in Magic, so it makes even more sense that Rundvelt Hordemaster would be the best of the tribal Lords introduced in Dominaria United.

Hordemaster is notable simply for the fact that he's a Lord who only costs two mana. Beyond that though, he provides guaranteed protection against the downfall of all tribal strategies: wrath effects. Board wipes are absolutely devastating to decks that operate by flooding the board with creatures, as they leave you with an empty battlefield and no cards in hand. However, when Rundvelt Hordemaster or any other Goblin you control dies, he provides you with a card for every Goblin you lost until the end of your next turn. With the addition of this new Lord, Goblins will soon rival the powers of cockroaches when it comes to avoiding extermination. 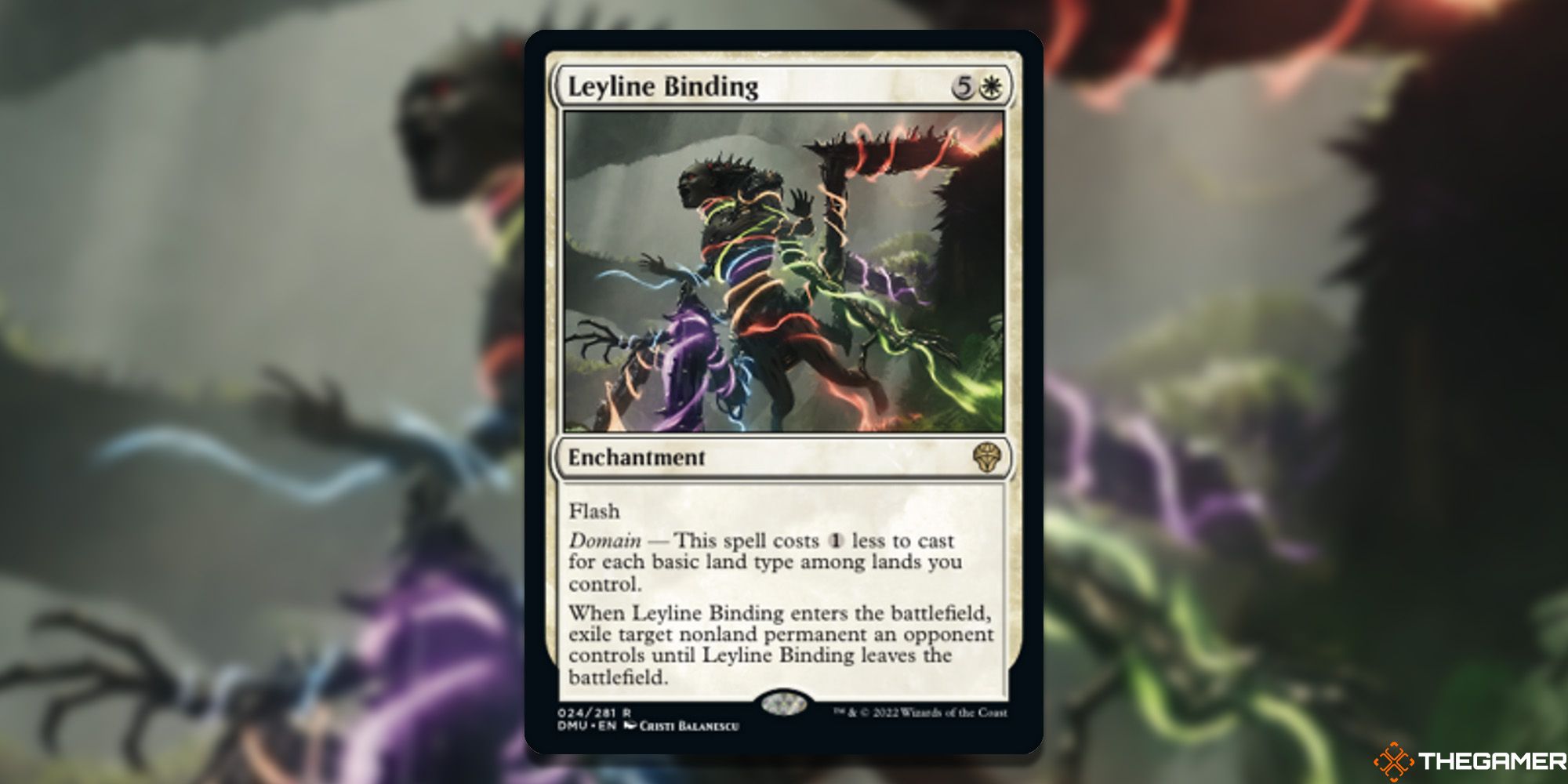 Thanks to the combined power of fetchlands and shocklands, Leyline Binding is a two-mana instant speed removal spell as early as turn two for any four-color Modern deck playing white. Couple that with the fact that it exiles, and that it can target any nonland permanent, and you've got a recipe for a great answer to just about any threat your opponent can present. 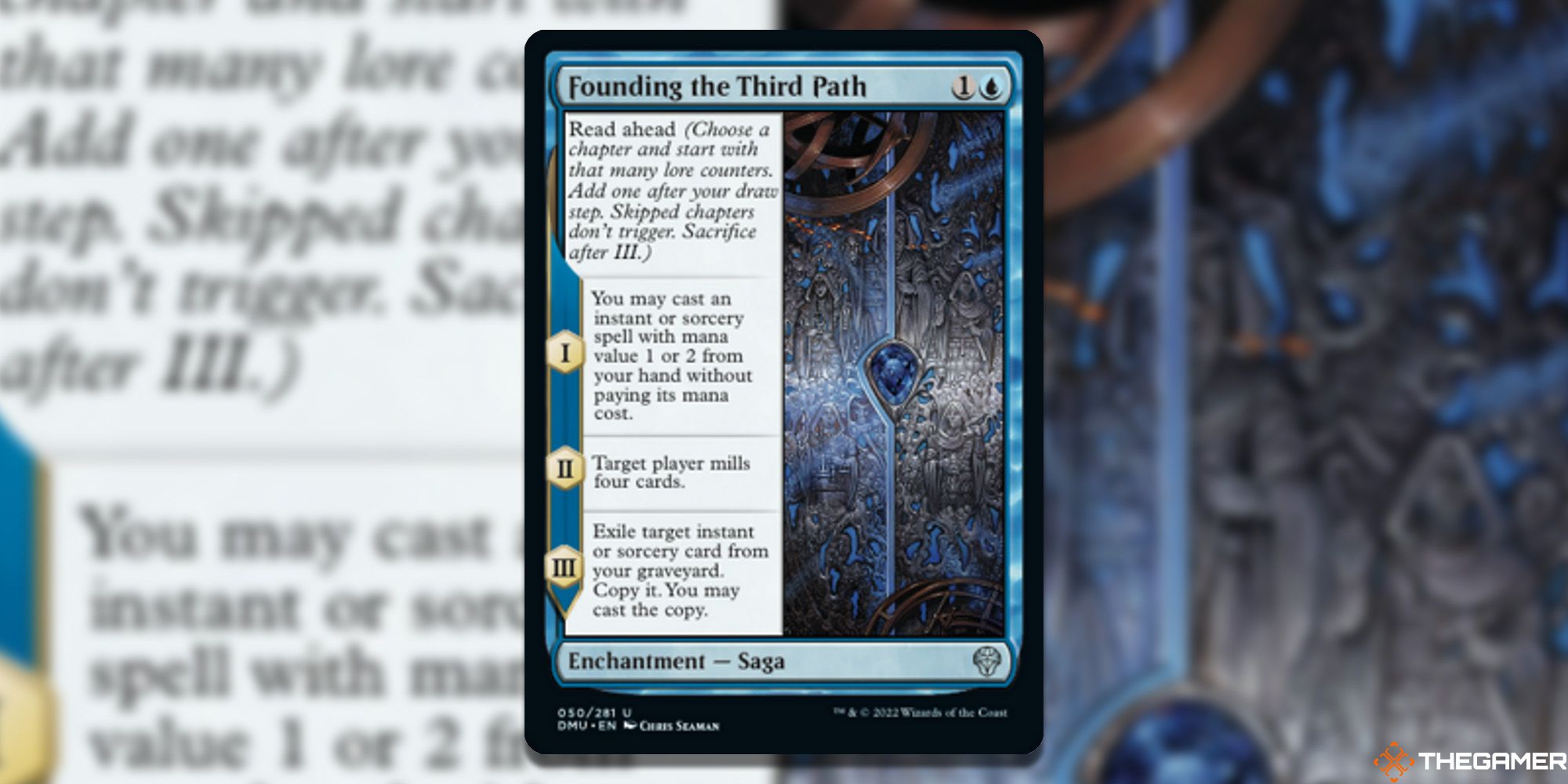 As strange as it might be, an uncommon saga is making the list for Dominaria United cards most likely to shake up Modern. Founding the Third Path provides a reliable method for cheating out mana advantages and card advantage in any deck playing a healthy amount of instants and sorceries.

And what do you know, Izzet Murktide (blue/red) is currently one of the best decks in all of Modern. Featuring a total of 22 instants and sorceries that cost two mana or less in its mainboard, Izzet Murktide looks like the perfect home for this cheeky new toy. It remains to be seen how many copies of this saga the deck might want, but it's almost a certainty that at least one or two will be making an appearance in Murktide mainboards near you. 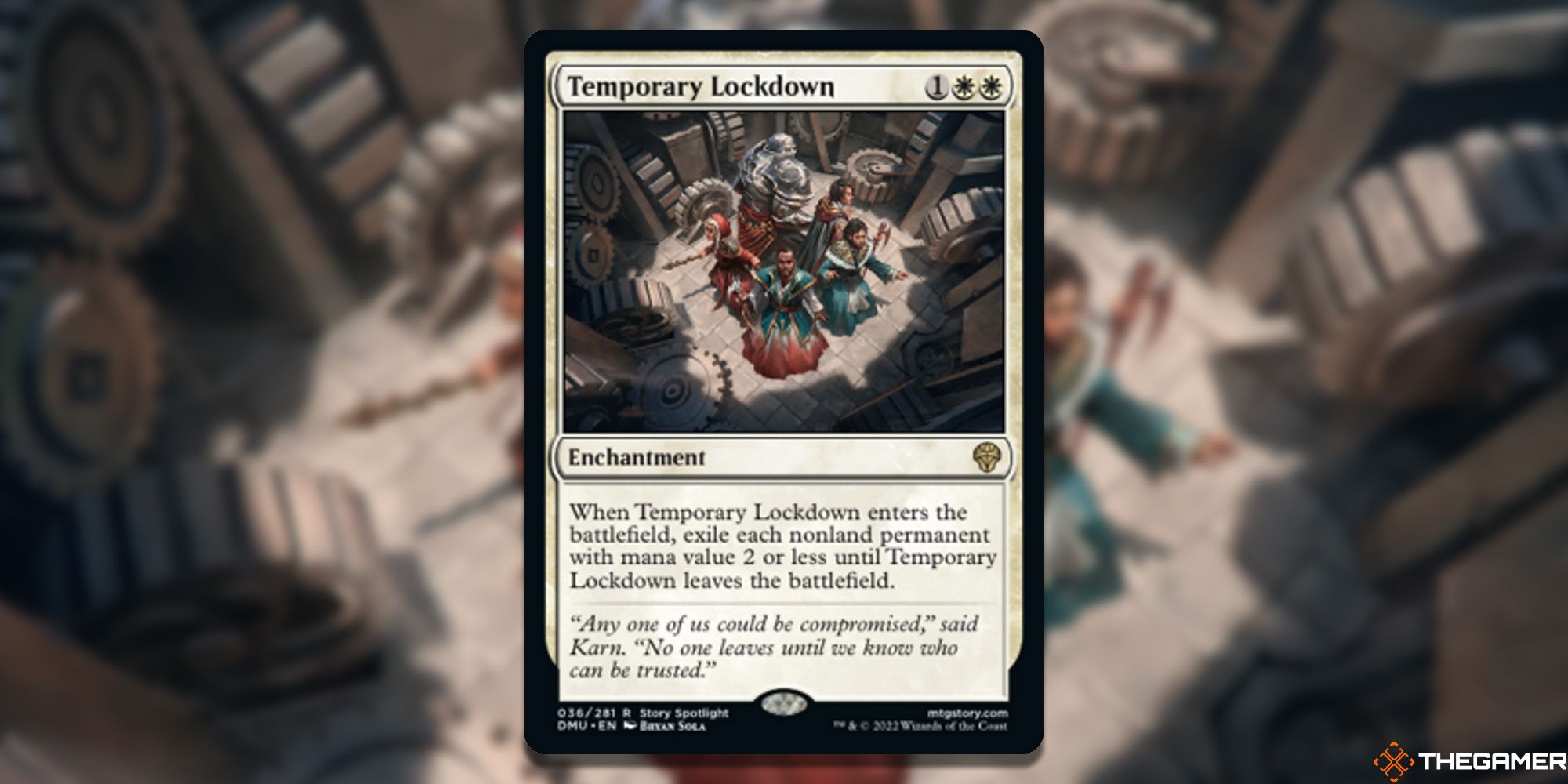 That being said, it does have its drawbacks. In the same way that Leyline Binding is susceptible to enchantment removal, Temporary Lockdown does put you at possible risk of a blowout if your opponent finds some way to destroy it later in the game. Thankfully, many decks interested in playing this card will also have access to no shortage of counterspells by that time, like UW Control for instance. While it's called Temporary Lockdown, this enchantment will almost certainly be making permanent changes to Modern sideboards.