As Magic: The Gathering kicks off its 30th anniversary year, it's time to take a look back at the best reprints we received in 2022. Between Double Masters 2022, multiple Standard set releases, Commander products like Warhammer 40K and Battle for Baldur's Gate, and Jumpstart 2022 to finish off the year, there have been more opportunities for reprints to hit the shelves than ever before.

And hit the shelves they did. In fact, some of the most iconic cards in Magic's history saw reprintings over the course of this year. However, there were also a number of niche cards that hadn't been printed in decades that saw the light of day once more as well. 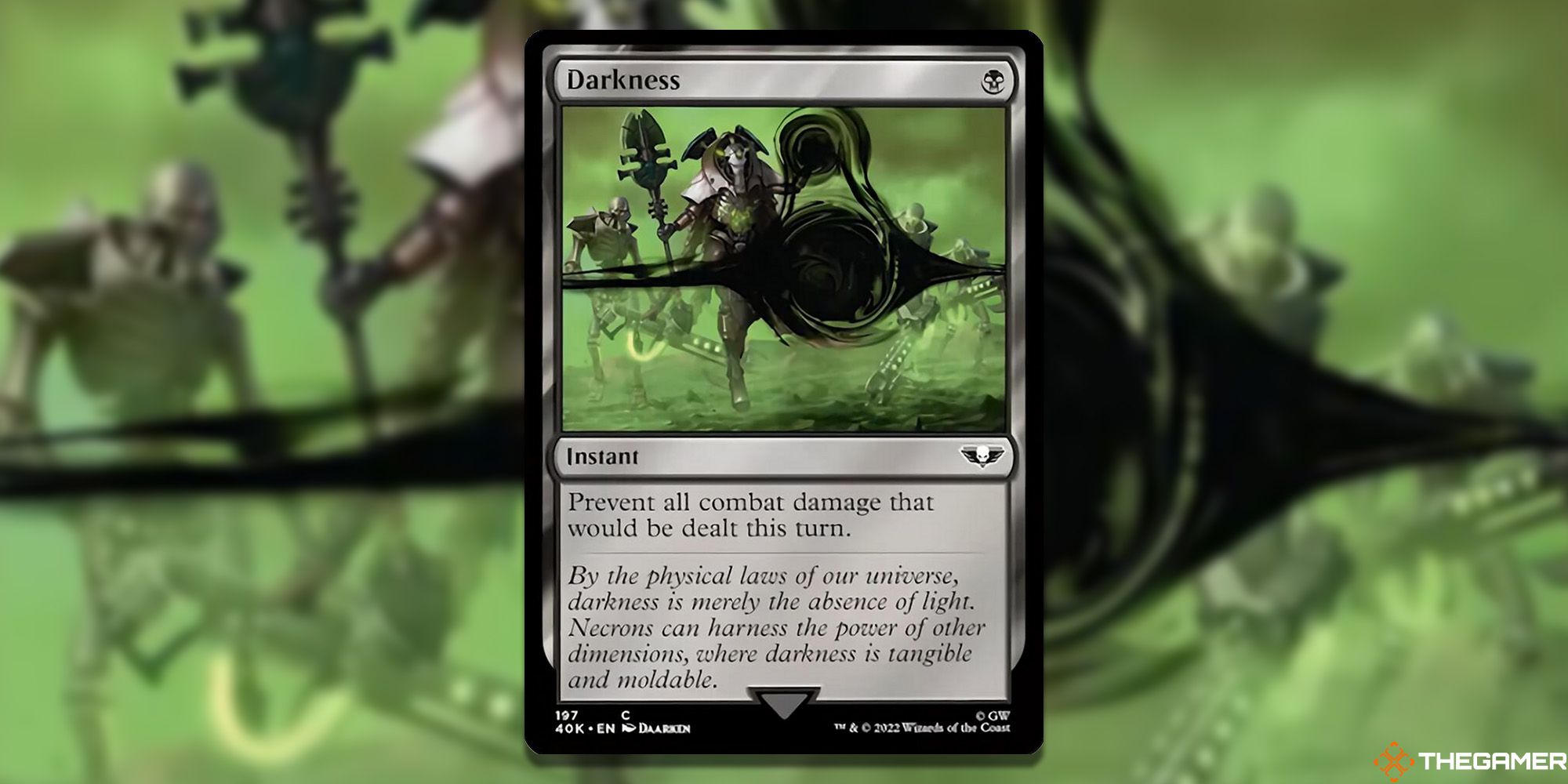 Starting off with one of the strangest cards we've seen in recent memory, Darkness is a fog effect in black that was only ever printed decades ago during Time Spiral Timeshifted and Legends back in the early '90s. Fog is normally an effect only found in the green portion of the color pie that refers to any card which prevents combat damage until the end of the turn.

Darkness saw its original printing before green was decided as the home color of fog. Its failure to be printed ever again until now supports this theory, especially seeing as it was released in a Commander product. Copies of the original Darkness cards were going for $15 before this reprinting. Thankfully, you can now snag this strange effect for less than half the price by buying the Warhammer 40K print. 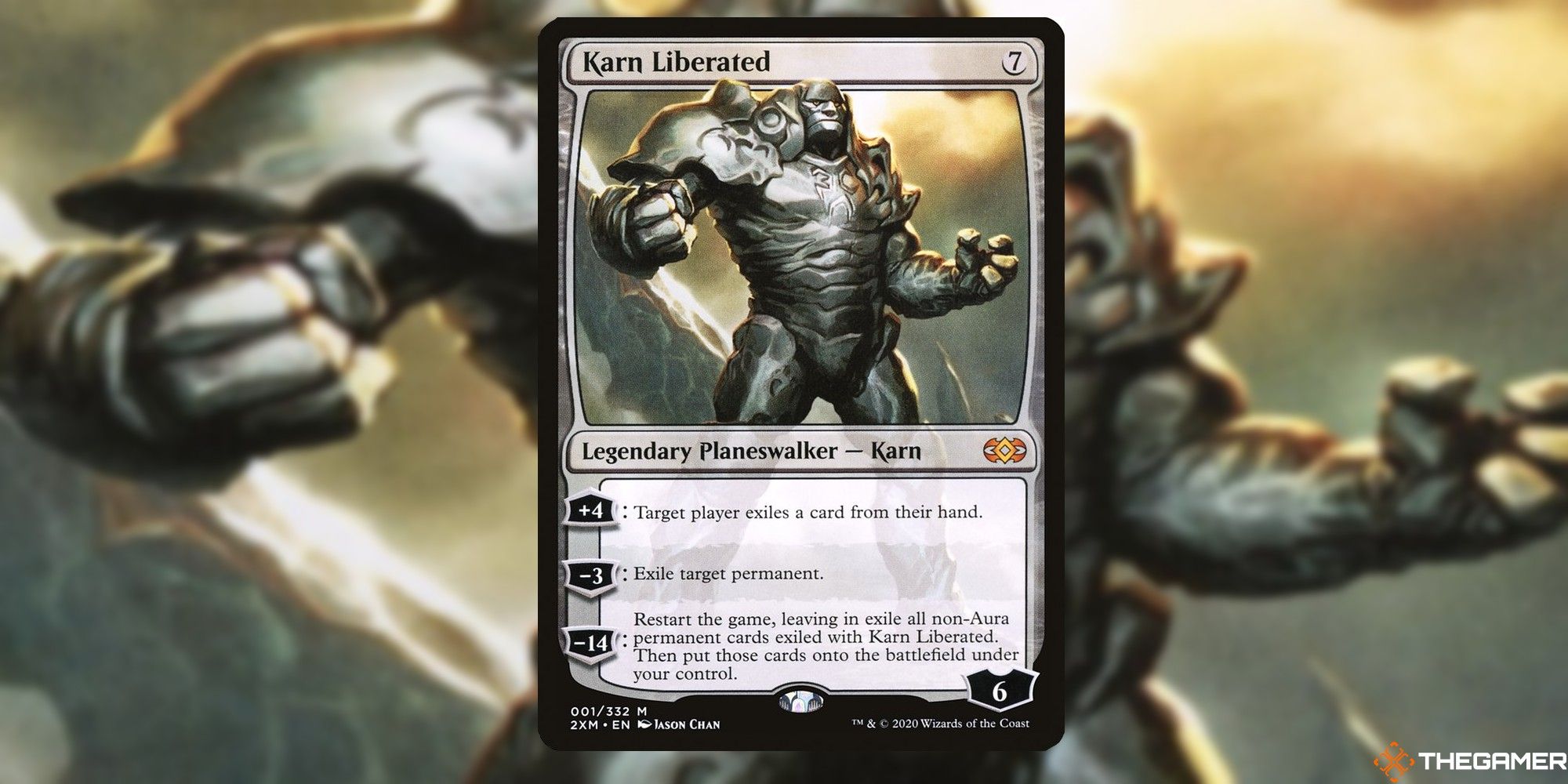 Upon its release, Karn Liberated was one of the best planeswalkers to ever be introduced to the game. Despite over a decade passing since its original release with New Phyrexia, Karn Liberated still sees a fair amount of play in formats including Modern and Commander. As a result, it has maintained a respectable price tag of around $25.

Since an additional reprinting of Karn Liberated in Jumpstart 2022 set was announced, this storied planeswalker has seen its price drop to around $20. Now is the perfect time to pick up your own copies of this piece of Magic history. 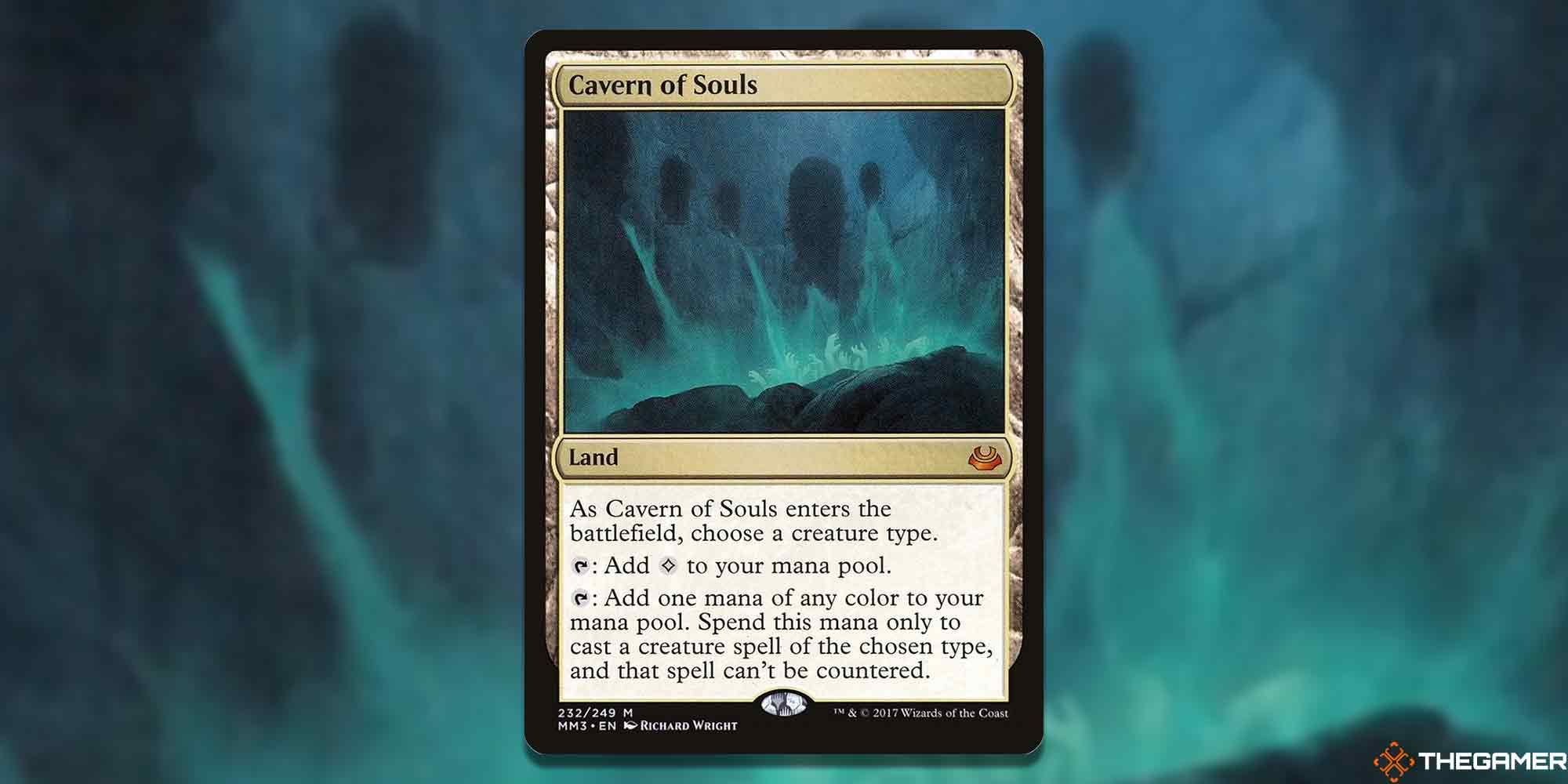 Magic players everywhere breathed a collective sigh of relief upon discovering that Cavern of Souls would see a reprinting in Double Masters 2022 earlier this year. While Cavern of Souls doesn't see as much play as it used to since the release of Modern Horizons 2, this land still remains the most quintessential card to possess for all players interested in building tribal decks.

Since this reprinting, Cavern of Souls has seen a respectable drop in price from around $80 to a much more reasonable $55. The new art on the Double Masters 2022 version is also arguably more thematically appropriate than the original Avacyn Restored version, so that's a nice plus. 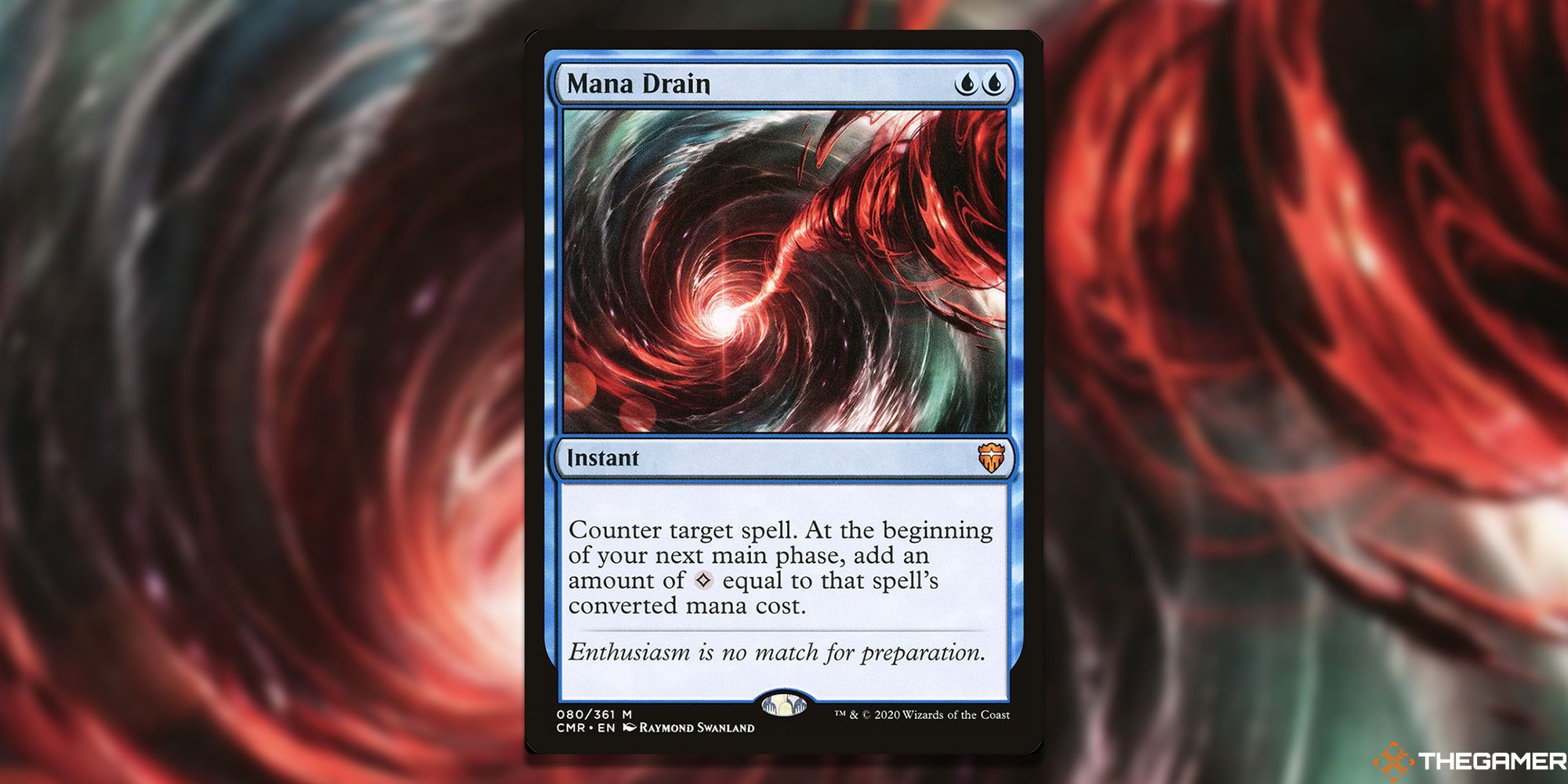 Two mana counterspells are already a force across all Magic formats. Mana Drain ups the ante by providing you with an amount of colorless mana equal to the mana cost of the spell it countered during your next main phase. If that seems kind of overpowered, it's because it is.

This is a favorite of Commander players, as well as blue decks in Vintage play. It's pretty much banned across every other format for reasons we've already discussed. Previously hovering around $50, Mana Drains are now going for about $35. 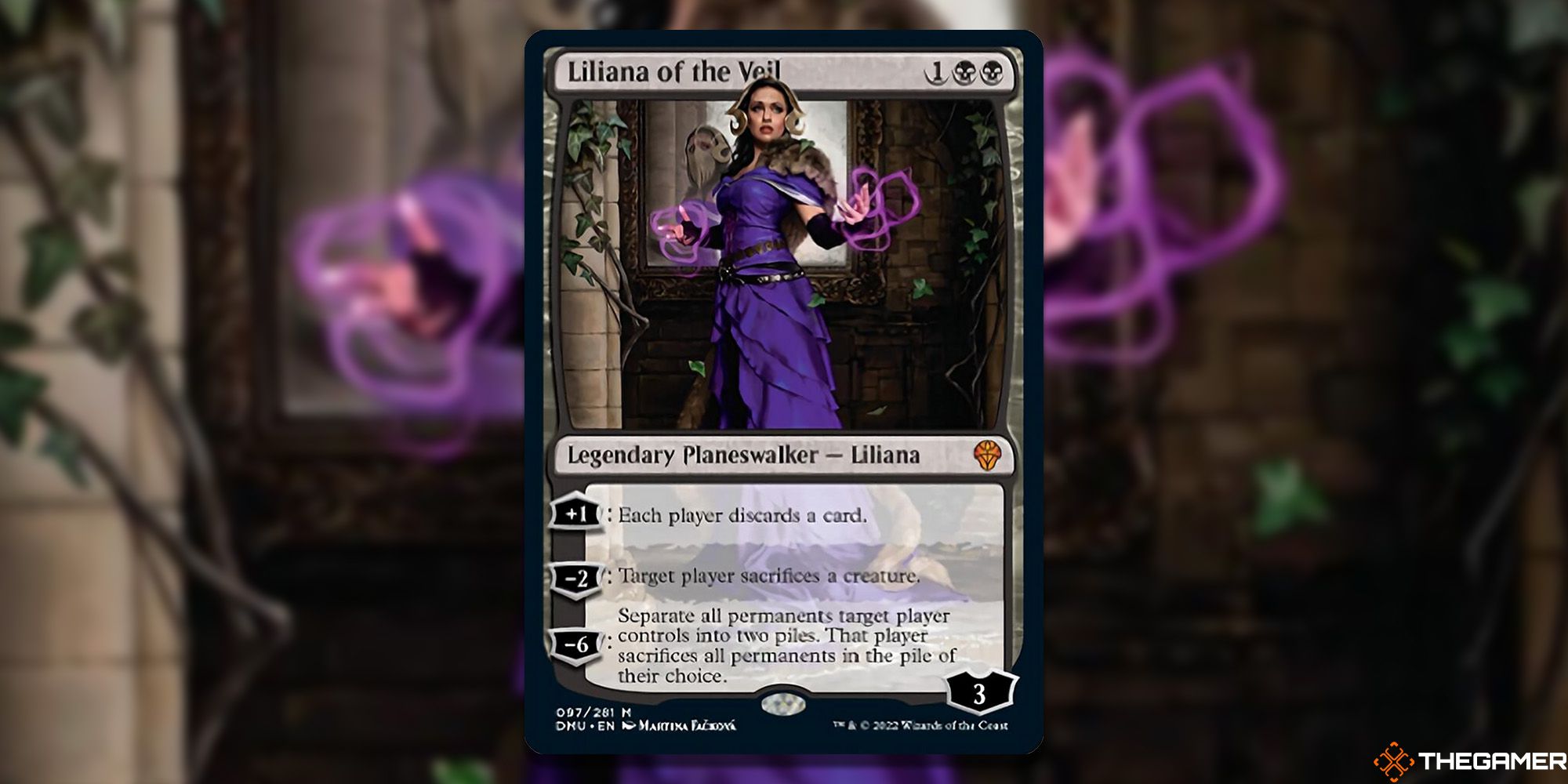 The most exciting reprint that Standard has seen in a very long time arrived in the form of Liliana of the Veil returning with the release of Dominaria United. Liliana had been a force in Modern for decades as the premier planeswalker of black, red, and green Jund decks. However, Jund, and Liliana with it, fell out of favor a couple of years back.

As a result, it's exciting to see this card receiving a second life thanks to its new home in Standard as well as Pioneer. Prior to Dominaria United, copies of Liliana were going for somewhere around $80 a piece. Nowadays, you can purchase the Dominaria United printing for a heavily reduced $25. How's that for a reprint price reduction? 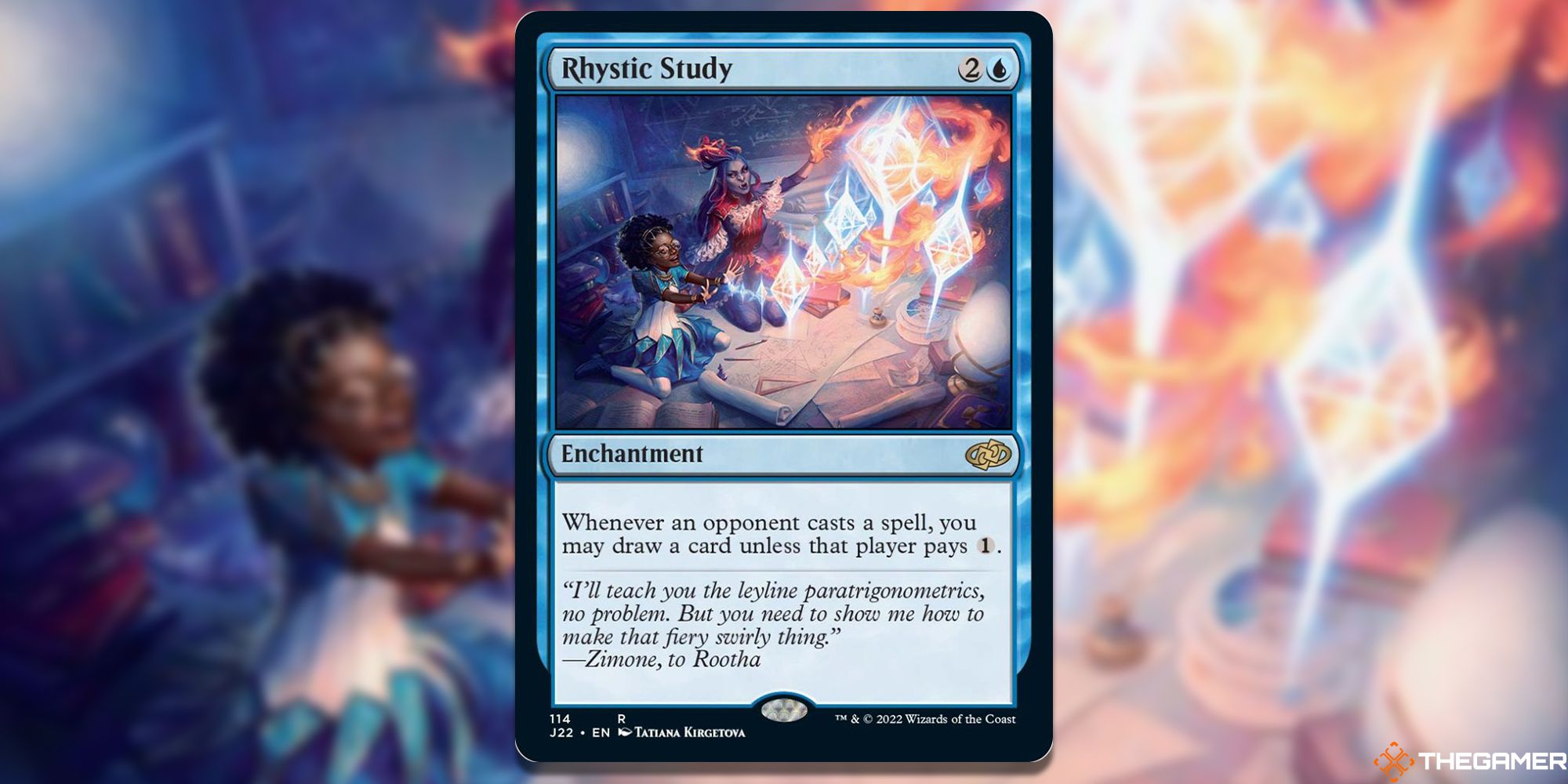 Rhystic Study is every Blue Commander player's favorite enchantment. Using this singular card, Commander players can provide themselves with a nearly infinite source of card advantage provided their opponents are deadset on curving out.

Despite seeing multiple printings in various Commander-themed products over the years, it has still maintained a hefty price of $40. Thankfully, Jumpstart 2022 is introducing yet another printing of this Commander favorite which will hopefully drive the price down to some degree. This time, it even has new art. 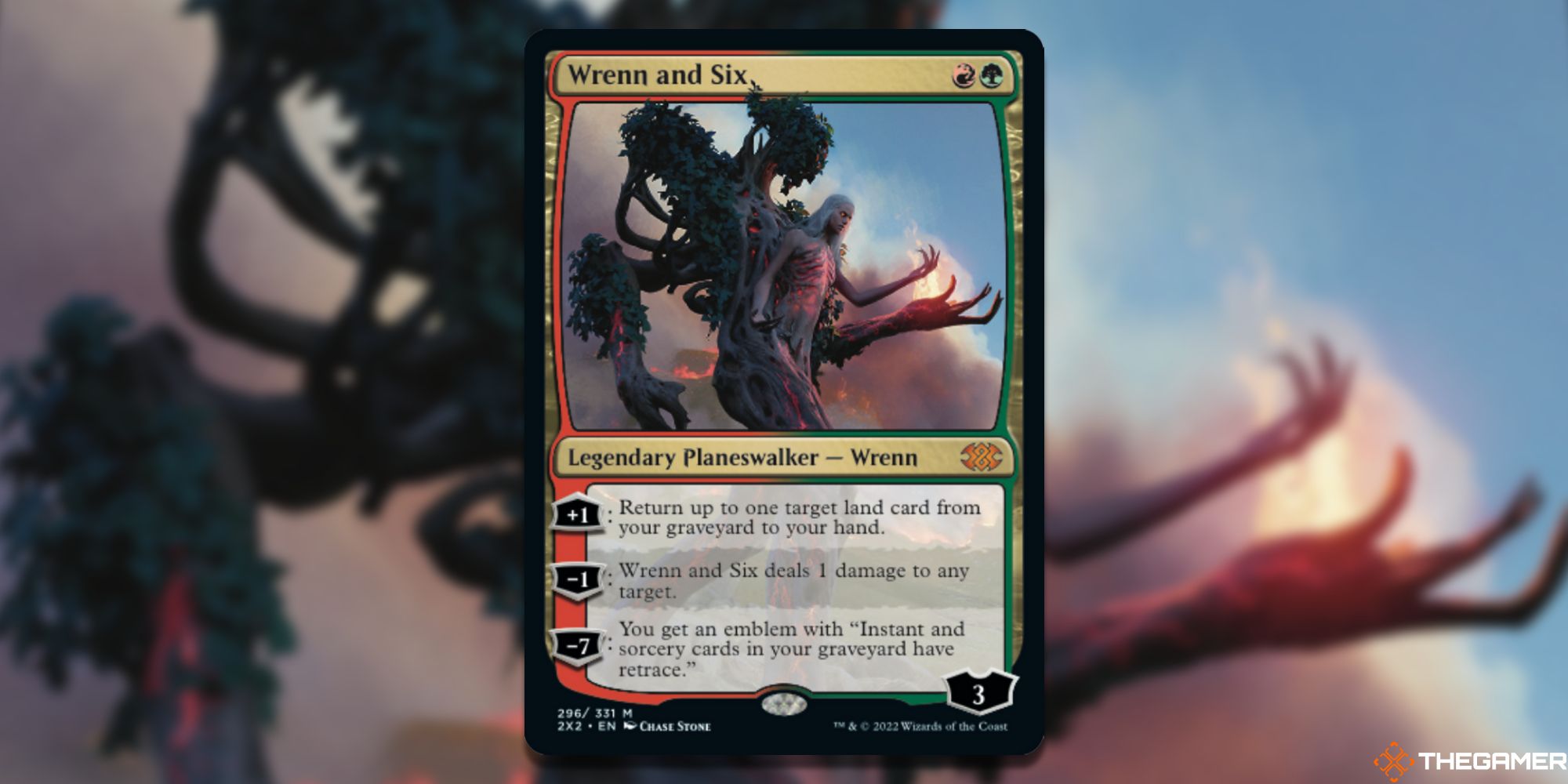 Remember the days when three mana-value planeswalkers were broken? The arrival of Wrenn and Six in Modern Horizons changed all of that, providing decks featuring red and green with an impressively cheap planeswalker that will make certain you reliably hit your land drops.

Furthermore, Wrenn and Six's presence in Modern has warped the format away from one toughness creatures thanks to its useful ping ability. At the beginning of the year, copies of Wrenn and Six were selling for over $100. Thankfully, the planeswalker's reprinting in Double Masters 2022, as well as some meta shifts in Modern, have placed it at a much more affordable $60 for the time being.

You're looking at one of Commander's biggest players as well as the card on this list that was arguably in the most need of a reprint. Dockside Extortionist is a Commander staple thanks to its ability to generate a ton of mana instantly, enabling all kinds of Commander combo shenanigans.

Notably, the card's rarity was upshifted from rare to mythic in its Double Masters 2022 reprinting, but that's a rare shift that makes a lot of mechanical sense. This Extortionist was picking pockets for $70 at the beginning of the year but has since seen a welcome price drop to around $50 a copy. 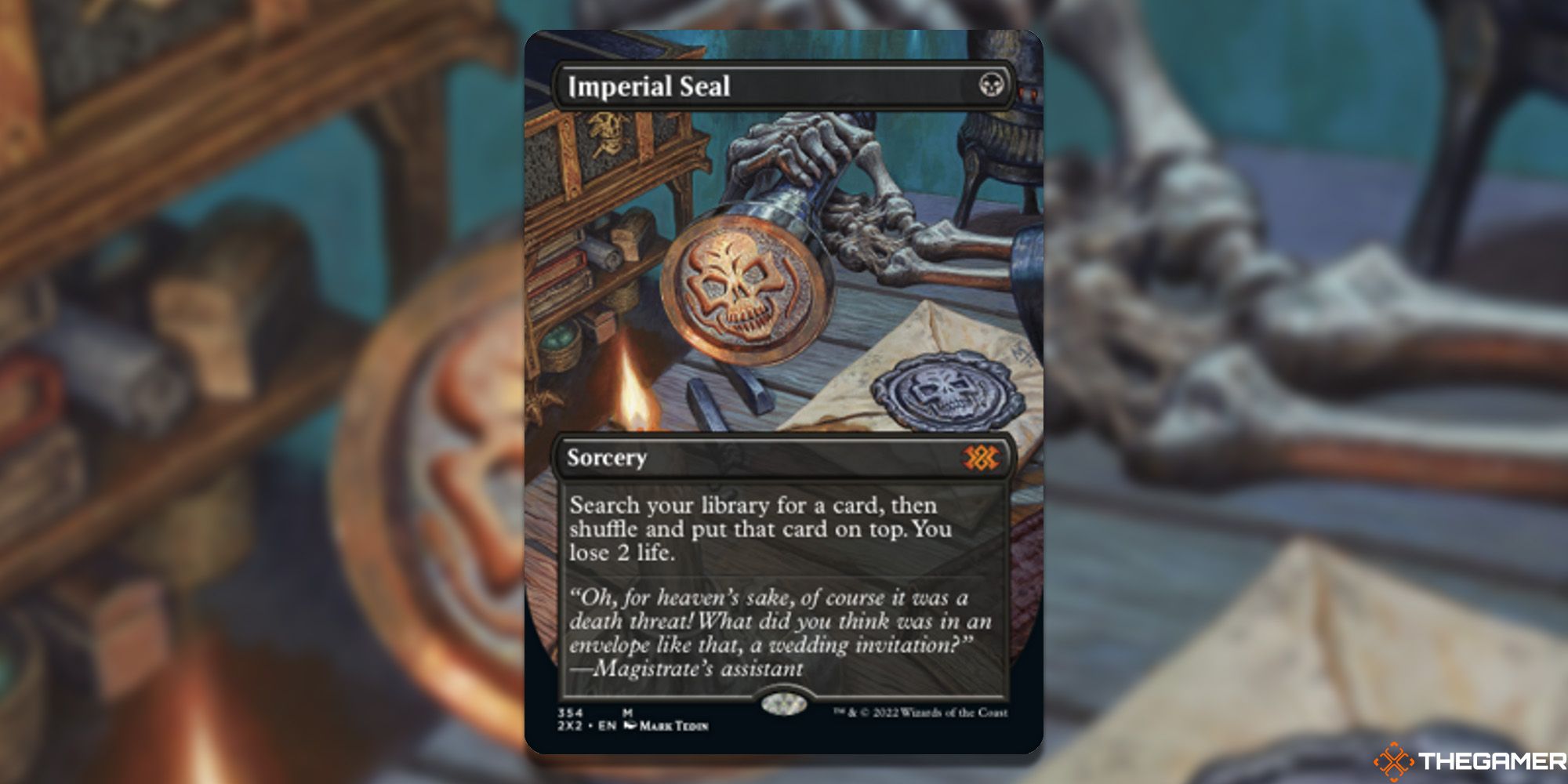 Furthermore, original editions of this card from Portal Three Kingdoms still command an astounding $1700 price tag. As it turns out, tutoring your entire deck for any card of your choice is an effect that should certainly cost more than a single black mana and two life. Nowadays, you can pick up your very own Imperial Seal from Double Masters 2022 for only $80. Maybe they should have reprinted this one with the new moniker 'Imperial Steal'. Oh, well. There's always next time.