Magic: The Gathering trailer shows a universe preparing for an extraordinary moment

Magic: The Gathering is closing in on the climax of a narrative arc years in the making. For its conclusion, publisher Wizards of The Coast (WoTC) is going all in with an unusual set of cards and a tie-in novel from Greg Weisman, both titled Ravnica: War of the Spark.

War of the Spark will be Magic’s 81st expansion, and the third of its most recent sets to take place in the plane of Ravnica. While the setting itself is evocative — a massive metropolis filled with powerful warring guilds — the real focus here is on the franchise’s characters. For a while now, the narrative team at WoTC has been building up to a final confrontation with Nicol Bolas, the youngest and the most powerful of seven Elder Dragons. Squaring off against him are a group of equally powerful Planeswalkers known as The Gatewatch. 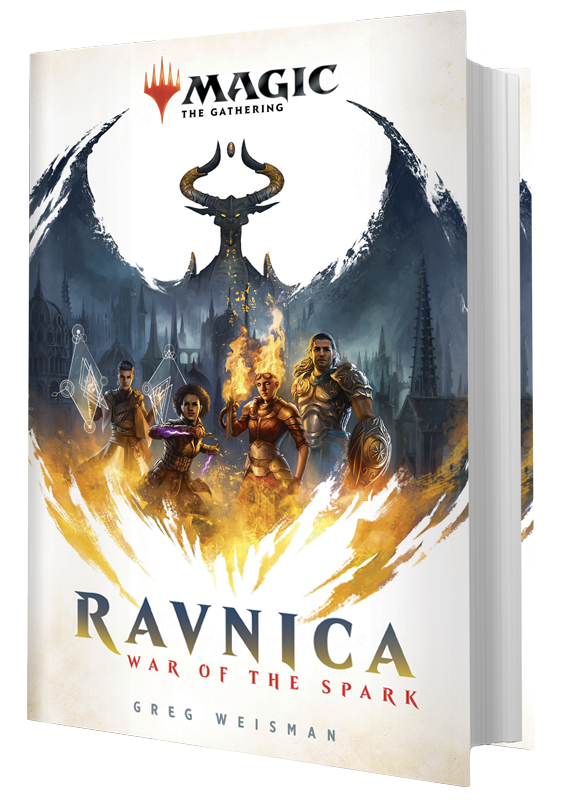 Cover art for Ravnica: War of the Spark by Greg Weisman.
Del Rey and Wizards of the Coast

In a moving trailer, released over the weekend at the PAX East convention in Boston, fans were treated to the opening moments of a massive battle showing Liliana Vess turning her massive army against Bolas himself, perched atop the walls of Ravnica. Struggling in the foreground is Gideon Jura, wielding the infamous Blackblade.

Much of that story, and more, will be told in Weisman’s novel, due out on April 23.

But the story will also unfold in the set of collectible Magic cards themselves. Usually each set includes only a handful of powerful Planeswalker cards. War of the Spark will include 36, and will no doubt inspire dozens of powerful new deck builds. The new set will be available online, via Magic: The Gathering — Arena, starting April 25. Cards will arrive in stores beginning April 27.

The lead-up to the War of the Spark is also running alongside a $1 million invitational tournament, titled the Mythic Invitational. The high-stakes event and a revamped Pro League are all highlights of a revitalization of the Magic franchise, which comes after several professional players criticized the brand late last year.