Magic: The Gathering's latest preview season has begun, and this time we're off to Myra the Magnificent's Intergalactic Astrotorium of Fun, the biggest, wildest outer space carnival in the Un-iverse.

This is Unfinity, a parody set that pokes fun at Magic's history and ideosyncracies, while also acting a testbed for potential future mechanics. While the first day of previews is usually one of the busiest, today we saw everything from a lion-taming lion and a Devil you have to flip over the battlefield, to a planeswalking dog and a greaser crow. Here's everything day one of Unfinity's previews had to offer. 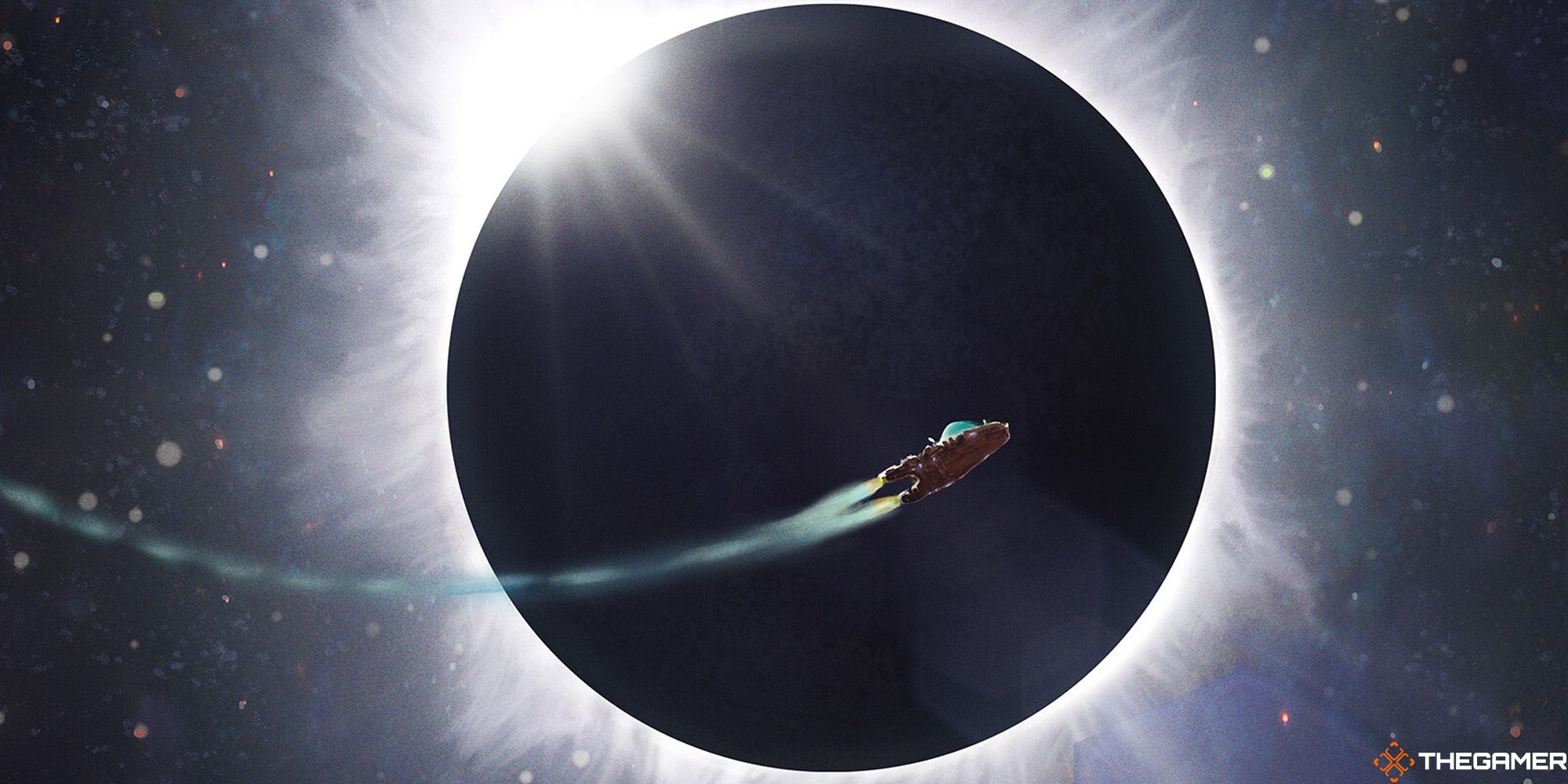 Unfinity is the first time in Magic's history that an Un-set has included fully legal black-border cards that can be played in Vintage, Legacy, Commander, and Pauper. While this caused some controversy when it was announced, day one's previews show that the risk of any Unfinity cards upending entire formats is slim.

There are a few standout exceptions, though. Space Beleren could give birth to an entire new take on rules-setting stax decks, thanks to its ability to split the battlefield into multiple parts that can all only act in specific ways. Exchange Of Words is also an incredible three-drop enchantment that lets you either steal the good bits of your opponent's creatures, or give them the bad bits of your own.

Along with Space Beleren, we also had the second new Planeswalker for Unfinity, Comet, Stellar Pup. Comet plays into the set's second theme, rolling dice. Along with the new Attraction artifact type that lets you roll a dice at the start of each of your turns, there are a lot of ways to roll dice (such as Comet) or get value off of rolling them (such as "Lifetime" Pass Holder), and we'll almost certainly see more payoffs for it as the season continues. 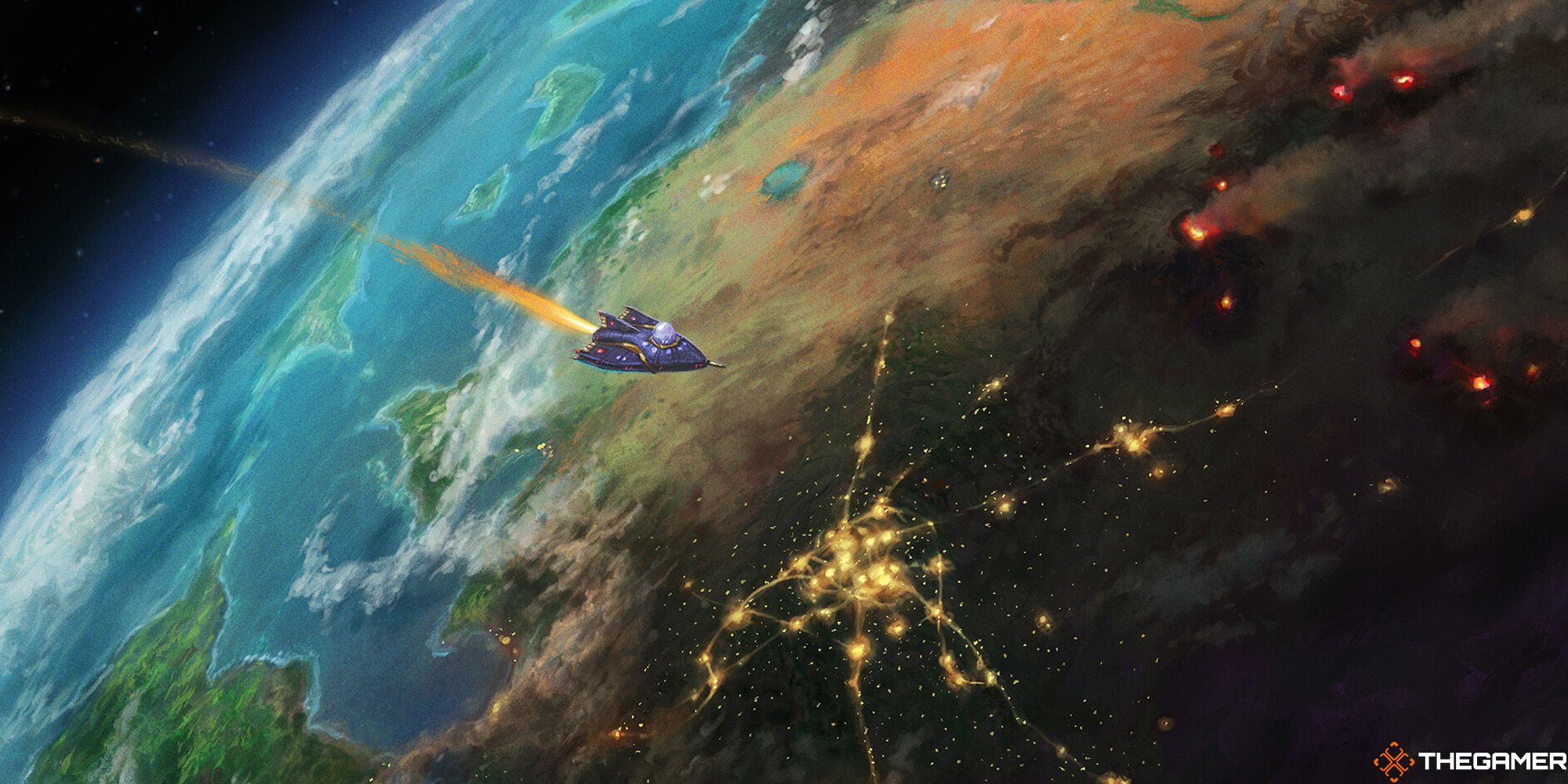 Replacing the famous silver borders of previous Unsets are new, acorn-shaped stamps found at the bottom of the cards. If a card has an acorn stamp, it's not legal in any sanctioned format, and can only be played in specific Un-set games, such as an Unfinity draft or a Commander table that has approved the use of the cards.

There are some absolutely hilarious cards on day one, such as Hat Trick giving a creature triple strike if both you and it are wearing a hat, and Devil K. Nevil, which requires you to line up creatures and flip K. Nevil over them to get +1/+1 counter. Considering cards that care about art or have manual dexterity challenges tied to them are Un-set staples, it's almost impossible that these are the only cards like it.

It's not all gimmicks and frivolity though, there are some shockingly powerful cards nestled in there. Vorthos, Steward Of Myth could easily empower all kinds of character-centric decks. There's also Nearby Planet, which had it been allowed in eternal formats would've instantly maxed out Domain land counts by having every land type at the same time.

The rules for Vorthos, Steward of Myth are slightly odd, in that you can't use names found within other names (like Omnath to reduce the cost of Helena Domnathii), but you can use names that are also factions, such as Rakdos or Kolaghan to reduce the cost of spells that aren't directly tied to the character. For instance, Rakdos Charm refers to the Ravnican guild rather than its demonc guildmaster, but Vorthos will still reduce the cost.

Perhaps the scariest card seen so far is the new artifact enchantment The Greatest Show In The Multiverse, which lets you play three cards from your collection for free, provided they each have the same artist. This not only allows you to bring cards from outside the game into your graveyard for future recursion nonsense, it also potentially sets up win conditions like Approach of the Second Sun with ease.