Magic: The Gathering’s Dominaria Remastered To Include Retro Frames And Brand New Art

Last month, Wizards of the Coast announced Magic: The Gathering's Dominaria Remastered, set for Q1 2023. And, as revealed in the WeeklyMTG stream "Kicking Off Magic's 30th Anniversary Celebration", this set even includes retro frames, like The Brothers' War's Commander decks, and brand-new art.

We saw a few different cards showing off these variants – first up was Birds of Paradise with the standard frame, the retro frame, and then no frame, instead having the new art fill the card. The original art from Mark Poole depicts an orange bird flying over the ocean next to an island with an active volcano. In Darrell Riche's new art, we see an orange and purple bird low-down on the ground, flying in the bushes.

Next up was the Jester's Cap, following the same trio format. The original art from Jesper Ejsing has a man in a jester's cap, as the name suggests, with a sharp grin and two hands. The perspective has us looking down on them from up high. However, Matt Cavotta's new art has the jester's face blend into the furniture with a cap flowing over the edges, rather than spiking outward. 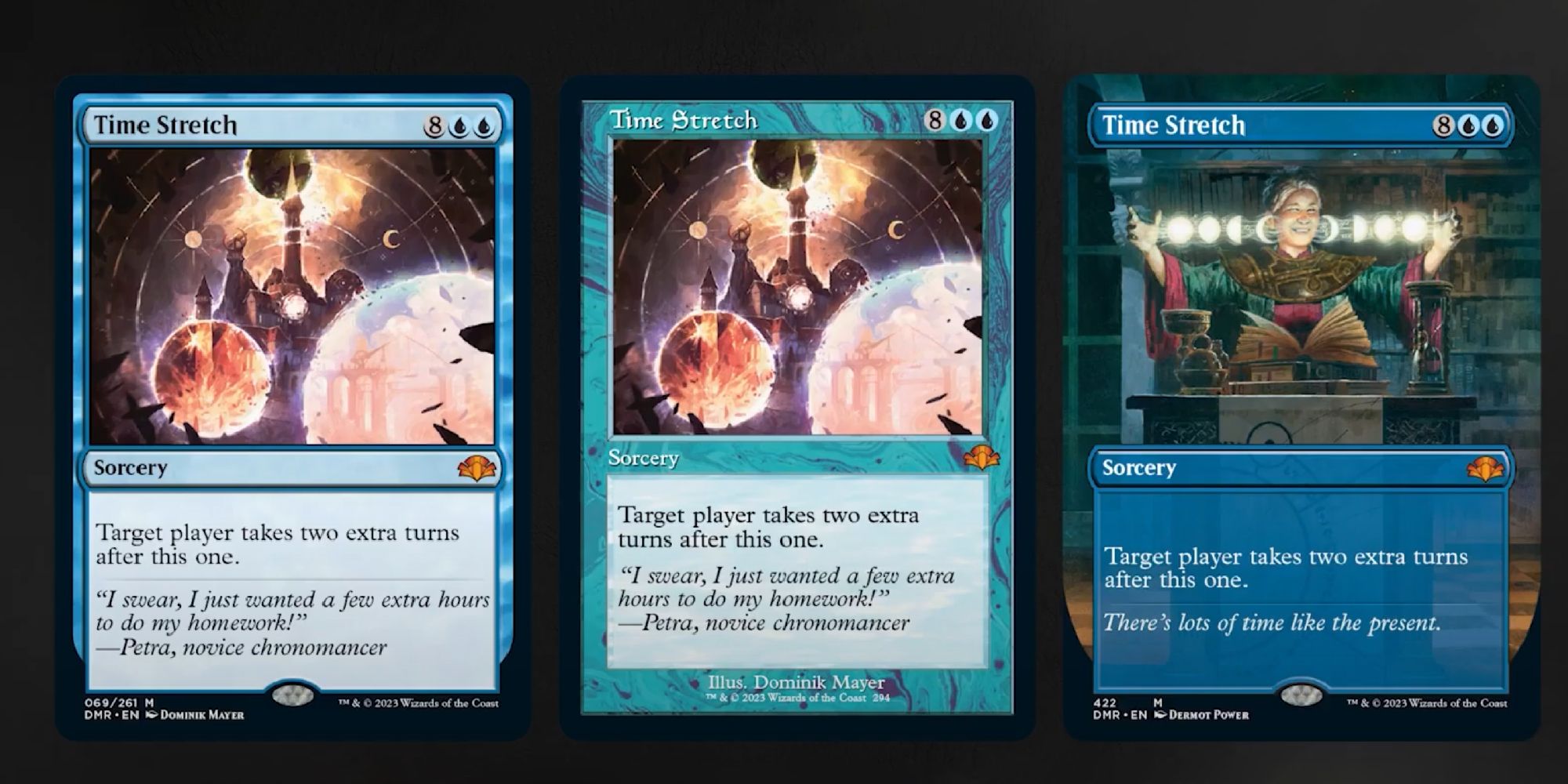 Third, we got to see Time Stretch, Dominik Mayer's original art depicts a giant castle with several orbs showing different time periods within. The new art from Dermot Power has a woman spreading her hands out, with a string of different moon cycles suspended between them as a book flaps its pages beneath her. Finally, we got to see Tatyova, Benthic Druid, Sneak Attack, and Swords to Plowshares. 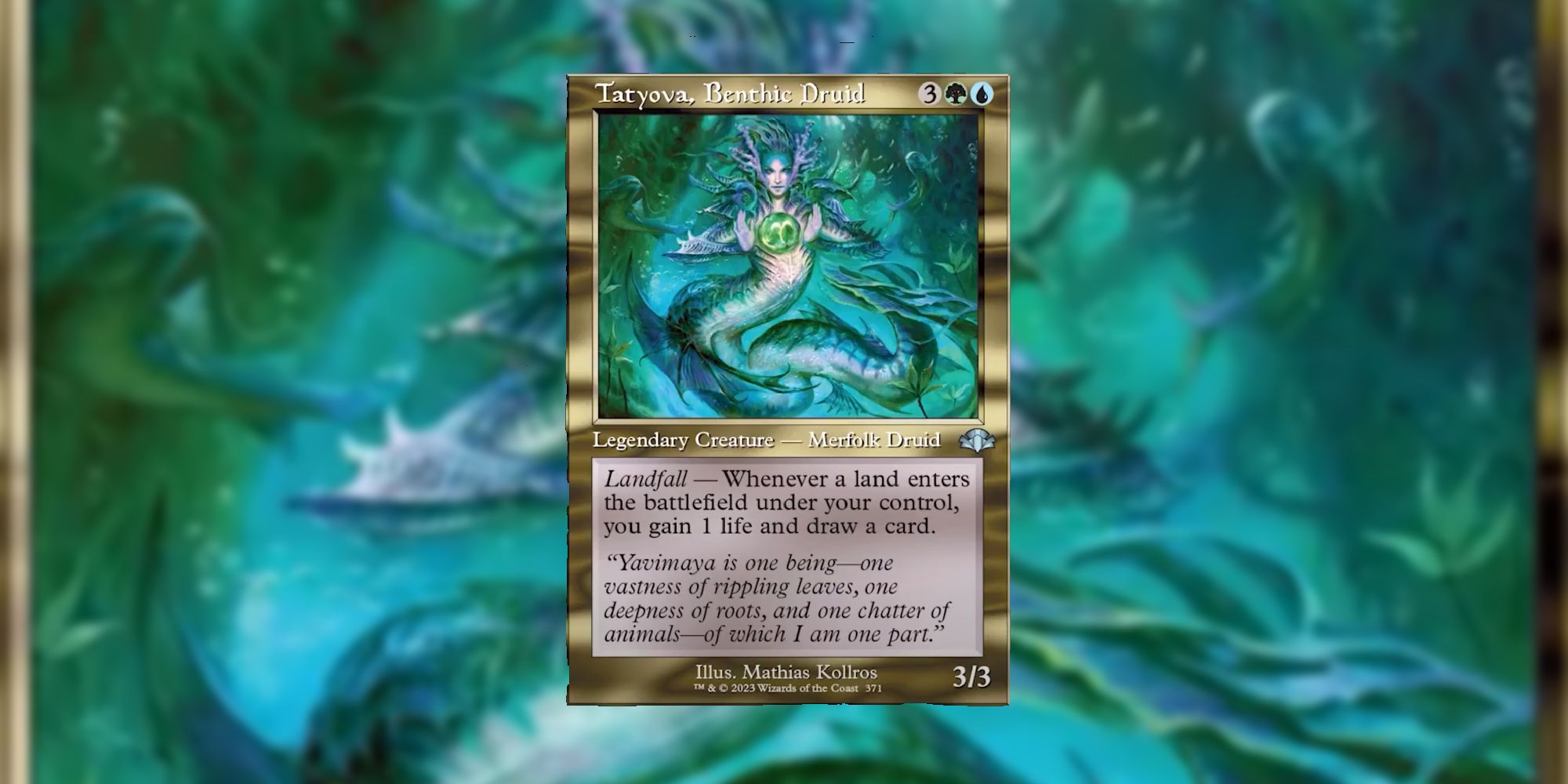 This is the second remastered set that Magic: The Gathering has produced, with the first being Time Spiral. It not only includes updated artwork and older cards, but ones that have never been reprinted such as Odyssey's Divine Sacrament.

"One of the things about remastered is we go back and look at things in the past," head designer Mark Rosewater said. "Dominaria Remastered looks back at the sets that take place in Dominaria – which is a lot of sets… It's a lot of Magic's early past… Magic becoming Magic."