If you’re playing Final Fantasy 7 Remake, or the PS5 exclusive Yuffie Intermission DLC, then you’ve probably come across the Magnify Materia. Even if you fully read the description, it isn’t entirely clear how to use it properly at first. Luckily, we’re here to help.

You can find multiple Magnify Materia in the main game, but there is only a single materia to share between Yuffie and Sonon in the Intermission DLC. This makes it even more important that you understand how to use it properly, so you have the advantage in battle.

How To Equip Magnify Materia In Final Fantasy 7 Remake 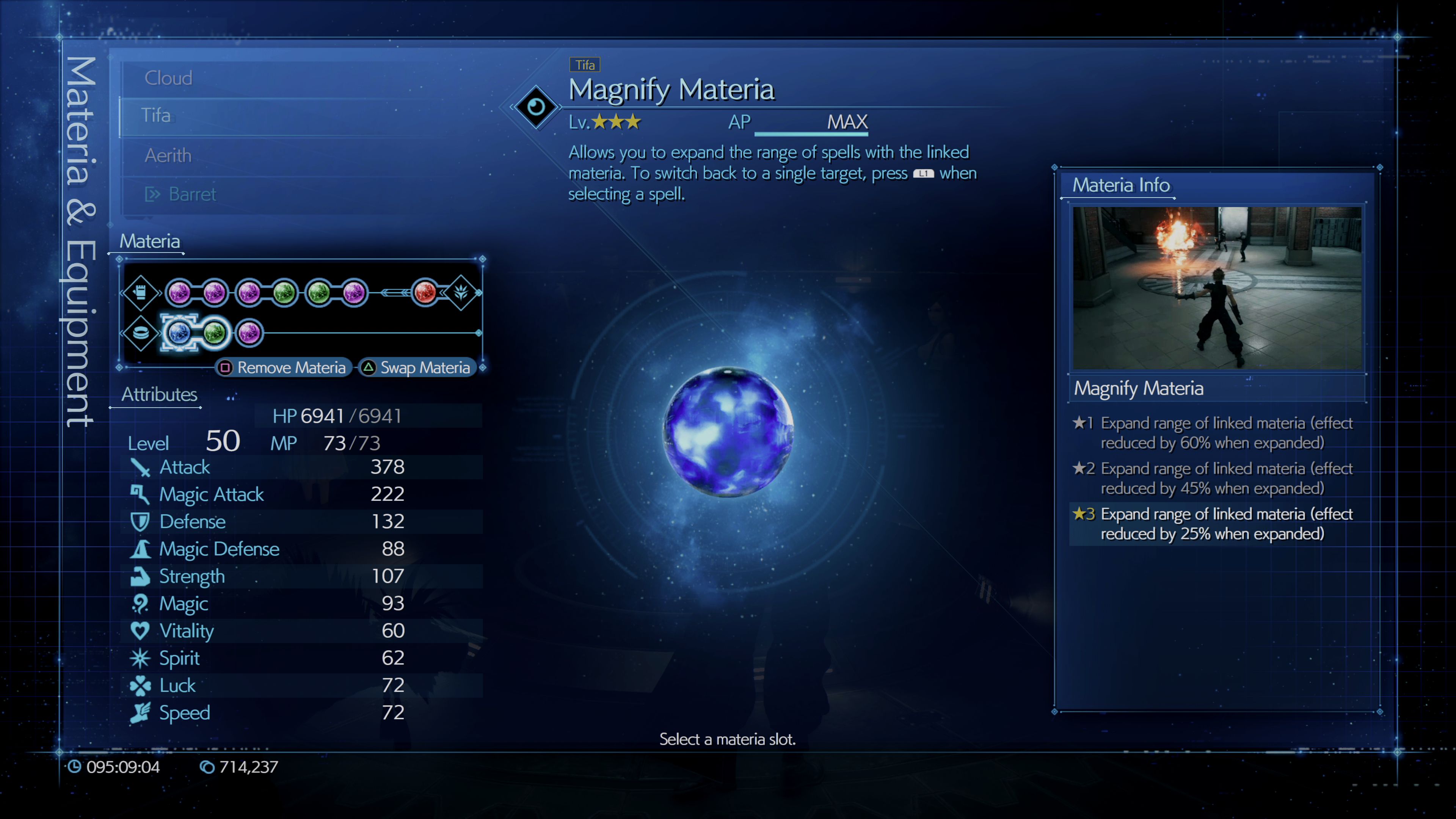 The Magnify Materia is one of several materia that only actually does anything when linked to another materia, usually either an offensive or healing materia. Despite the fact that it has no effect otherwise, you can still equip it in any slot, making it a little bit confusing as to how to activate the materia.

You will need a weapon or accessory that allows you to connect two materia, this will be indicated by the fact that two of the materia slots will have a bolder outline linking them together. The Magnify Materia must go in one of these slots, while your chosen magic materia must go in the other that links them.

While this works well on hostile material, like Fire, Aero, etc., it’s most useful in a difficult fight when connected with Cure.

The Effects Of Magnify Materia In Final Fantasy 7 Remake 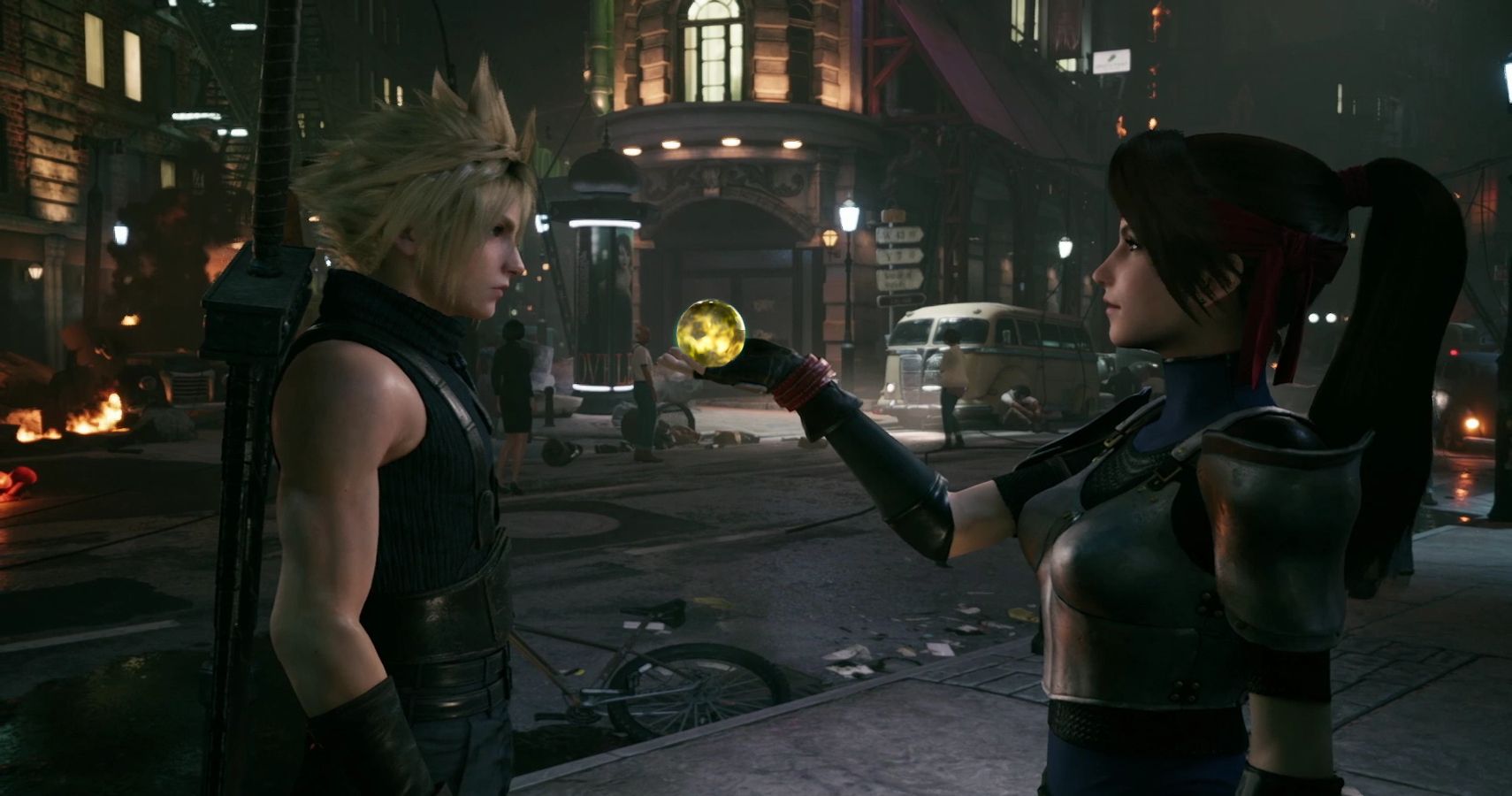 Now that you have your materia equipped, here’s how it works. Once you’ve effectively linked your two materia, it’s time to use them in battle.

Magnify splits your attack across multiple targets, which makes it much more powerful. When up against a group of enemies, this can tackle all of them at once. Or, when trying to heal up in a tight situation, Magnify when combined to Cure will stretch that heal across your entire party, allowing you to heal up with a lot less AP when in the heat of the moment. This can be invaluable, especially in Hard Mode and when up against tougher boss fights.

This makes Magnify one of the most powerful materia in the game, enhancing all of your established materia abilities. Make sure you equip it when possible, and there’s only one available in Yuffie’s Intermission DLC, so you should equip it as soon as you manage to find it.