Maneater: A Guide To Body Evolutions

Maneater allows you to upgrade your shark by applying body evolutions, otherwise known as mutations. You can not only increase the size of your shark, but you can change its appearance and give it certain abilities and perks as well. They are all given as rewards for completing certain tasks, whether it be taking out an Apex Predator or finding landmarks.

However, players are often confused as to what body evolutions exist, what they do for them, and how to equip them in the first place. Luckily, it is easier than you think and this guide will help you decide which set you want to shoot for when playing Maneater.

What Are Body Evolutions?

The generic evolution of your shark changes its size as you transition from a pup to a mega shark. This is achieved simply by completing tasks and leveling up throughout the game. It will give certain stats buffs with each upgrade, as well as a new trick or two.

There are body evolutions in Maneater as well that are broken down into mutations that can be applied to your shark. They will not only change its appearance but will also give you perks as well.

They come in collectible sets, and the different pieces can be added to the various sections of your shark including:

Here are the perks that the body pieces of these sets will give you:

The special ability can be activated by you during combat and it will give you an edge against your opponents. Each one is different and it depends upon your playstyle which ability you prefer your shark to have.

When you lunge at something your body evolution will give you various attributes that will increase the amount of damage you perform.

It will also increase other lunge values including:

Aside from the perks that are activated by performing certain actions, the passive perks will be automatically applied as long as you are active in the water.

The passive perks that can be applied are as follows: 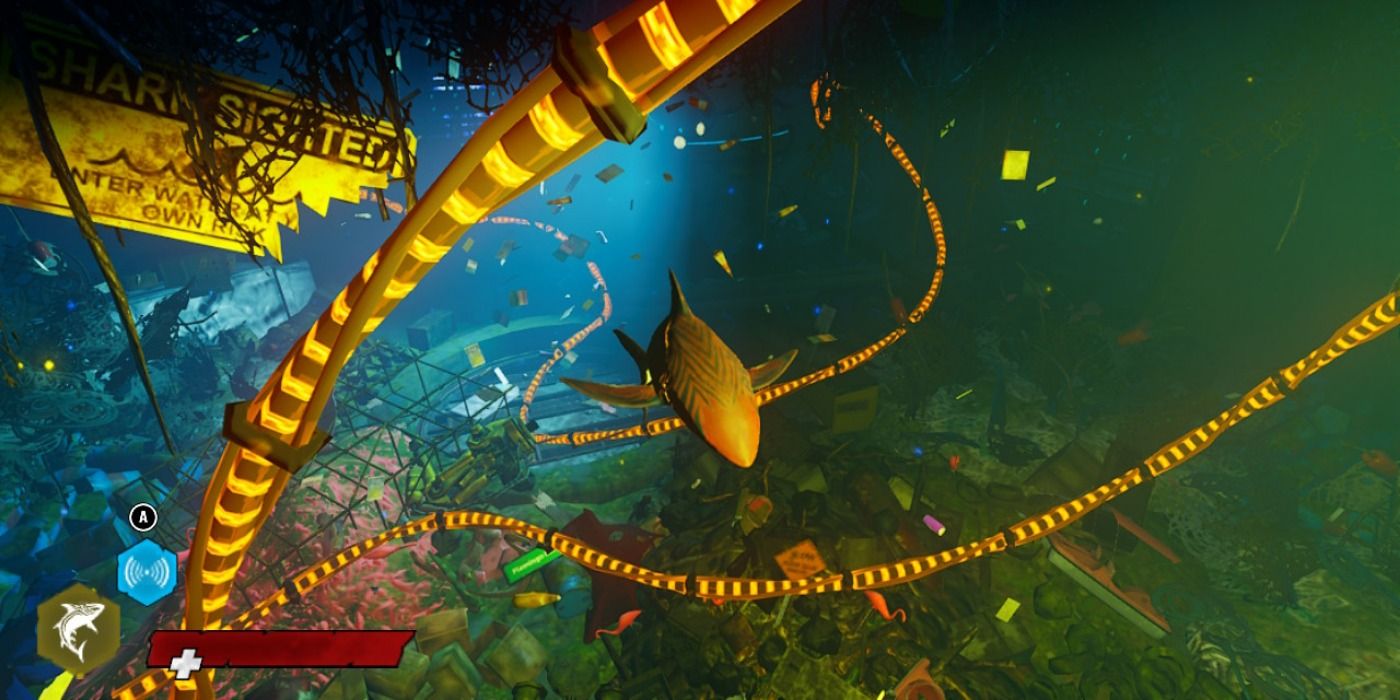 If you want to use a new body evolution it is pretty simple as the first step is to apply it to your shark. You must access the evolutions tab in your shark’s menu and then click on the body portion of your shark, but you do have to be in a Grotto in order to do this.

Once you have chosen which body evolution you want to use it is time to swim out into the world and use your special perk.

If you want to activate the perks that come with each one you must press the Activate Evolution Button. It is the biggest hexagon next to your health bar and the corresponding system button will be located above it. They can all be regenerated as well by biting or consuming creatures, so one tip is to never stop eating. 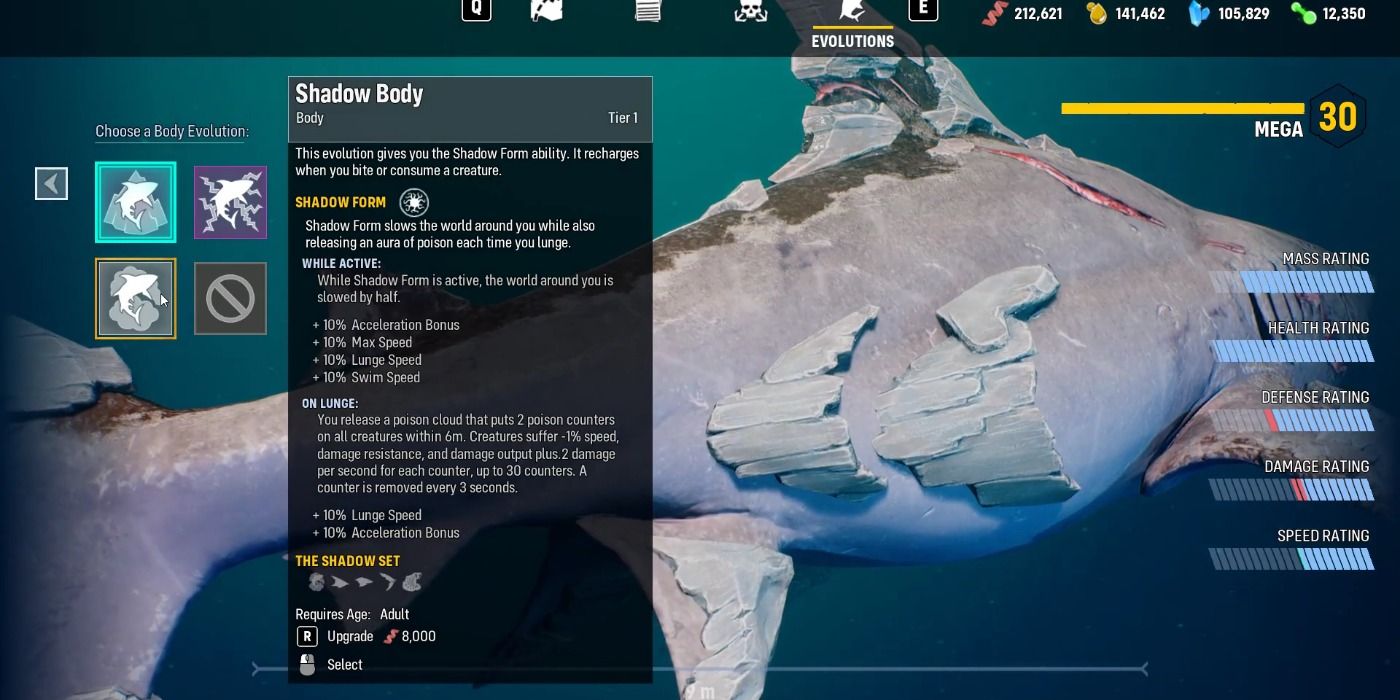 You can upgrade your body evolutions to make them even better, and this must also be done in the Grotto at the same screen where you equip them. All you have to do is hover over the body evolution with your cursor, and then spend the required nutrients to upgrade it to the next level.

Each evolution can be upgraded a total of four times and each one will generally raise their values by 2.5% to 5%. 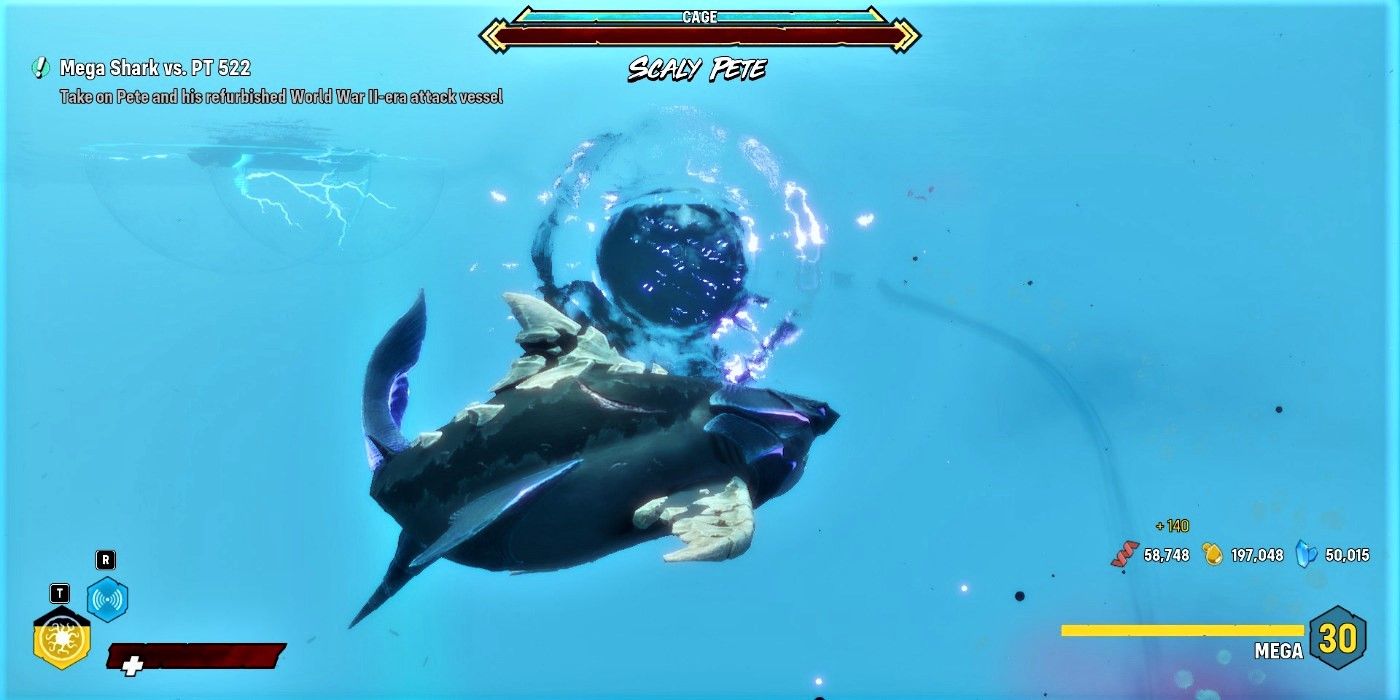 There are four Body Evolutions, aside from a normal shark, for you to choose from. The only one that doesn’t have any special abilities is the Tiger Shark, but it will give you passive perks that are a step up from the basic skin.

The different types 0f body evolutions you can equip are as follows: 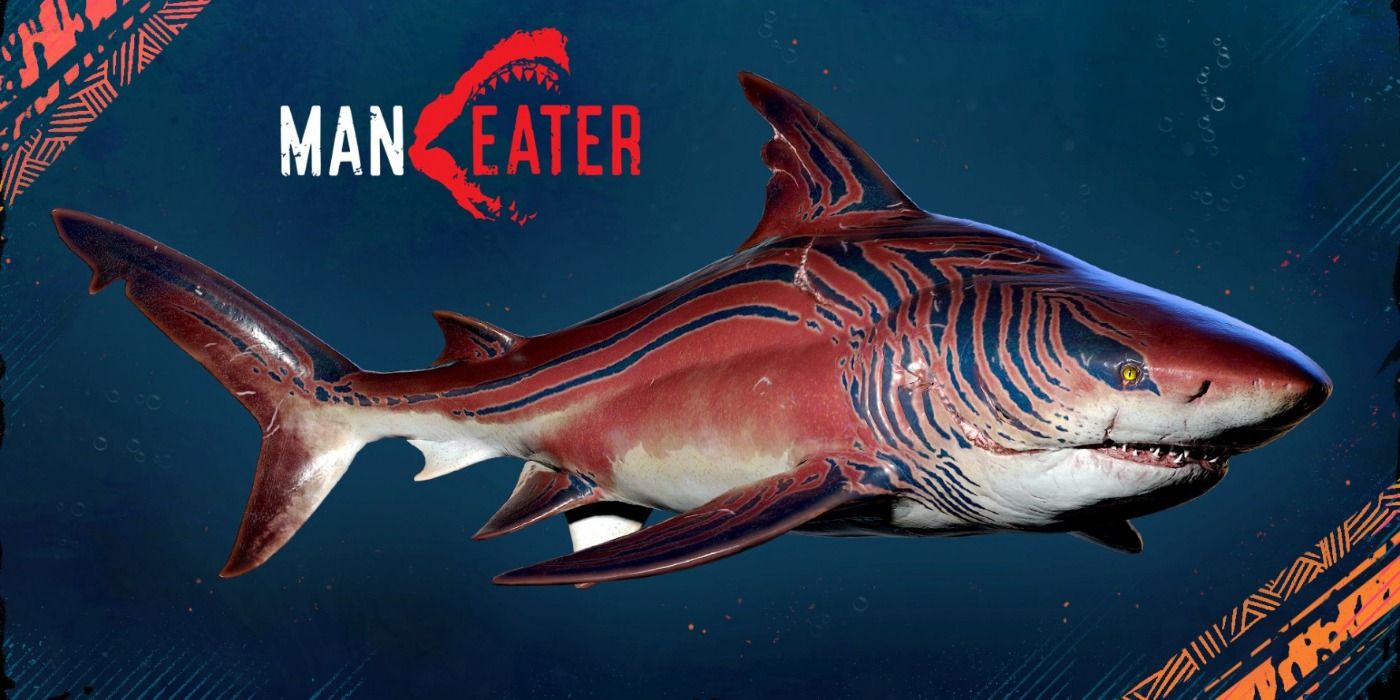 This body evolution has a perk that allows it to act similar to a garbage disposal, which means you obtain extra nutrients for finishing your prey. It has no ability for you to activate, but its passive perks will help you get started on your shark journey in Maneater.

All you have to do is make sure you have it downloaded, as it is a piece of DLC that is automatically given to players when they start the game.

The passive perks it will give you are as follows: 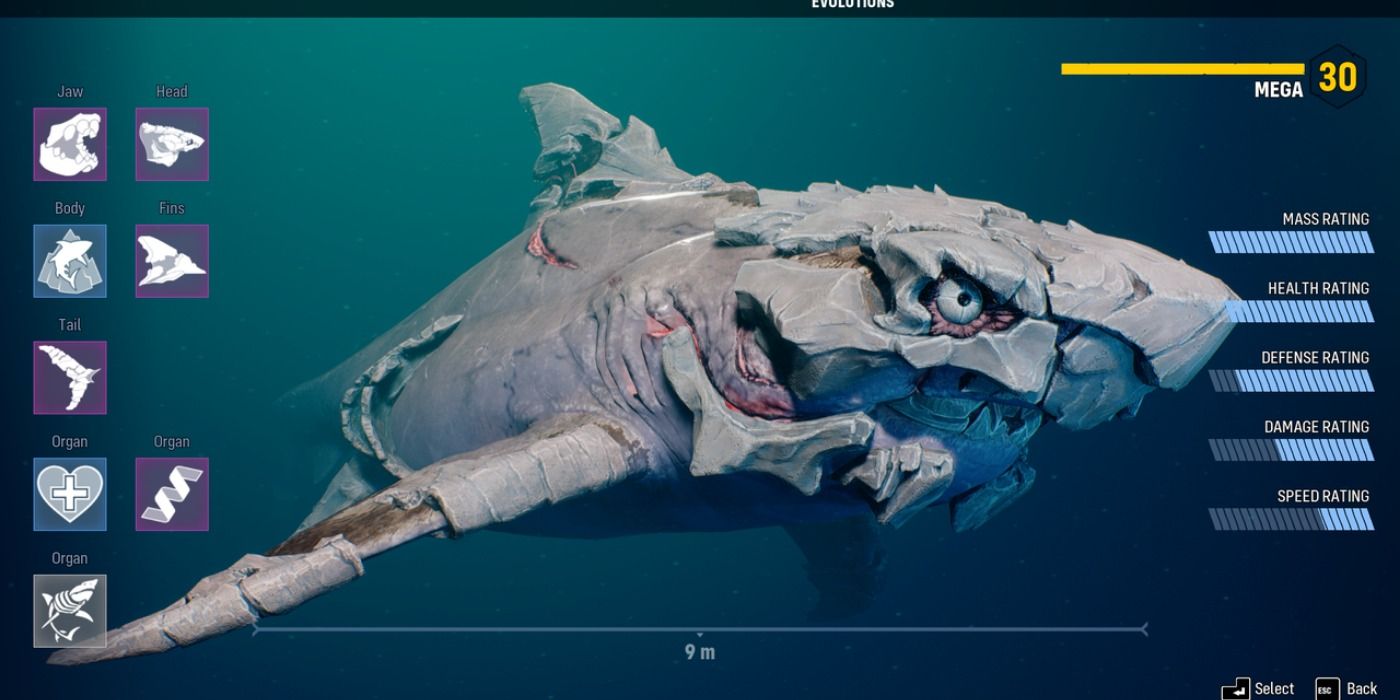 If you want to unlock the body evolution for the Bone Set then you will have to kill the Apex Predator in Sapphire Bay, which happens to be a Hammerhead Shark. It will give you the Bone Crusher Ability, which will allow you to shatter boats when activated.

Here are the basic Lunge Perks associated with this evolution:

It also comes with these Passive Perks as well: 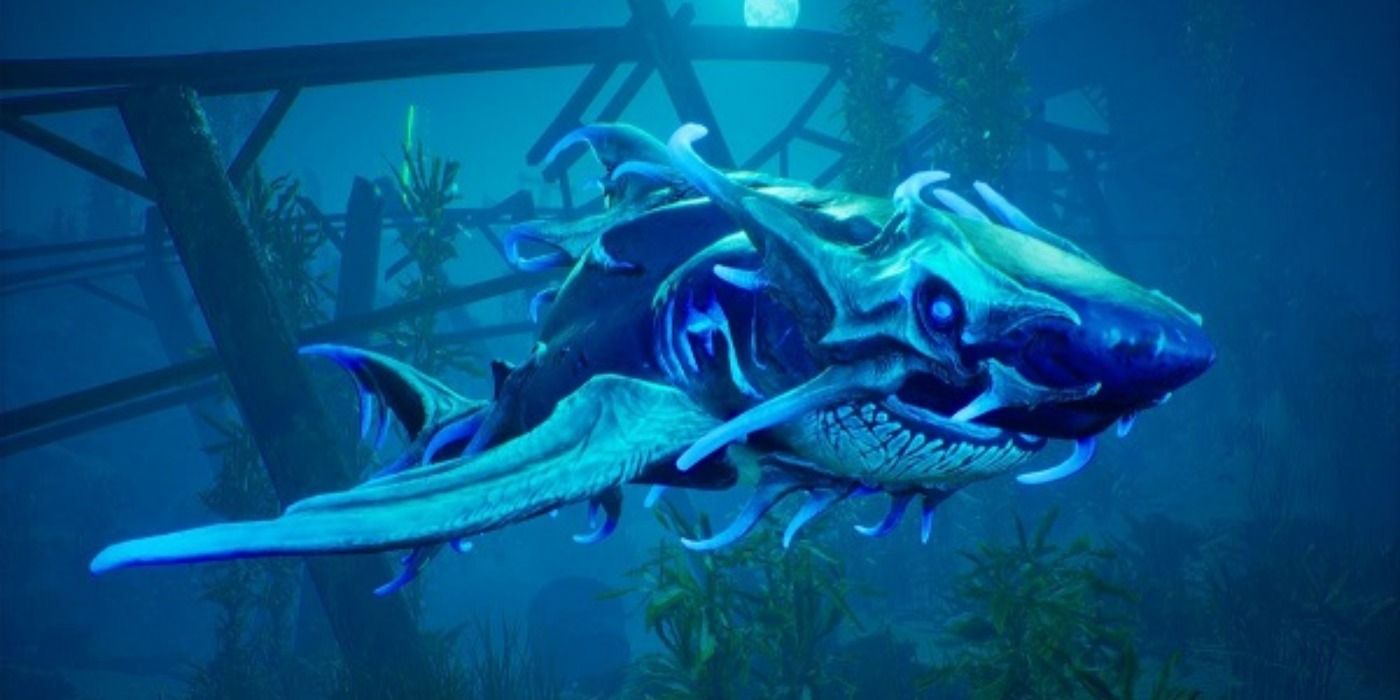 Butcher Boy Brady is Scaly Pete’s rival and the man you need to defeat in order to unlock the Bio-Electric body mutation. It will give you the Lightning Burst Ability, which will cover you with a blanket of lightning that will shock anything within a certain distance, and it might be one of the best shark builds.

The basic Lunge Perks this body evolution gives you are as follows:

Here are the Passive Perks that come with it: 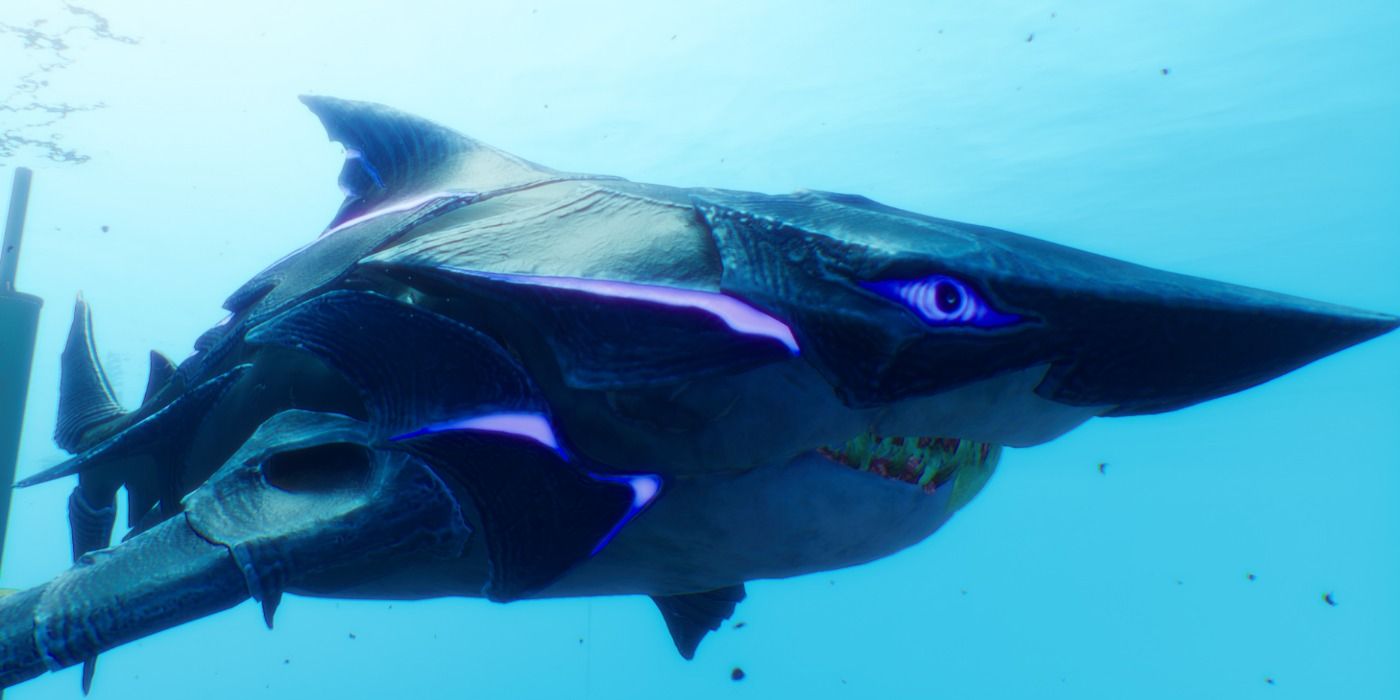 There are eight landmarks in Sapphire Bay, and discovering them all will unlock the Shadow Set’s body evolution. It will grant you the Shadow Form Ability which will cause everything to slow down while you simultaneously release poison with each lunge, even if this isn’t something they can’t do in real life.

All of the Lunge Perks for this body evolution are as follows:

Here are the basic Passive Perks associated with it as well: