Fantasy and sci-fi miniatures creator Mantic Games recently published a preview of some of the tabletop gaming products to be released this October. Incoming new products include the new Halpi’s Rift for Kings of War, and a new two-player goblin and Ratkin set for War in the Holds. The new Kings of War products will be available for preorder from the Mantic Games site on Friday, September 25.

In the announcement post, Mantic promised October “is going to see an absolute avalanche of releases, including a new book, new two-player starter set and TWO new hard plastic troops” as they seemingly gear up for the 2020 holiday season. The first of these new products previewed is Halpi’s Rift, a new Kings of War campaign sourcebook. Aside from a plethora of new content for the Pannithor setting, Halpi’s Rift also includes a mini-update for Clash of Kings. The COVID-19 pandemic put a temporary halt to publishing an expansive rules update Clash of Kings, but this mini-update details a few of the most important updates you need to know.

Halpi’s Rift contains rules for the use of magic in your games, and descriptions of how magic affects various campaign locations. It also includes rules for using location-specific magic and magic items. The magic bleeding into many of these distinct locations affects items (artifacts) and Spellcasters in uniquely powerful and sometimes unpredictable ways. The rules provided in the sourcebook will help guide players toward understanding and taking advantage of this new increase of magic and magical activities. 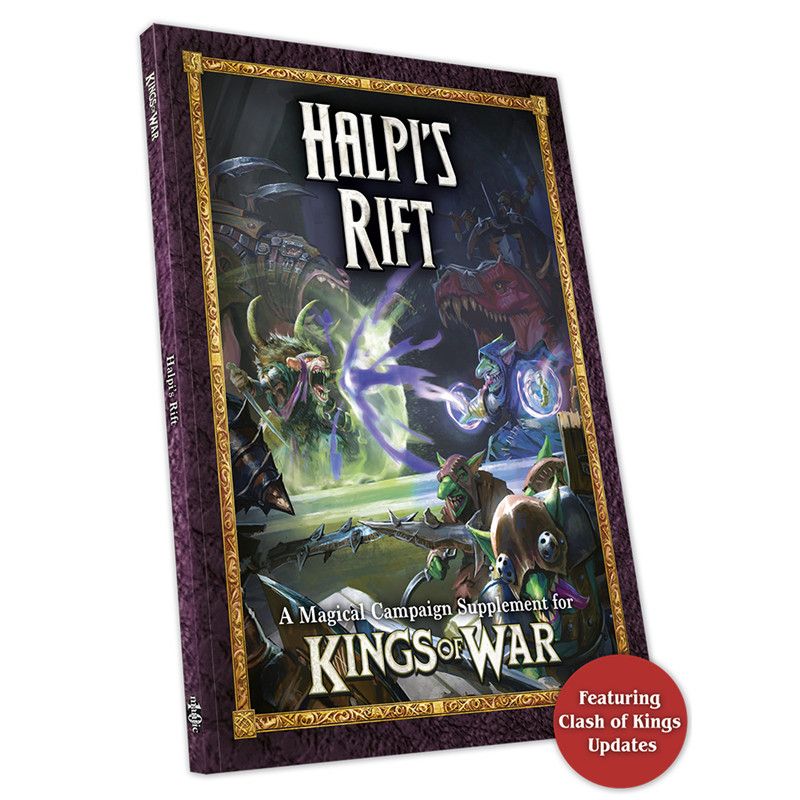 In a recent Kings of War: Halpi’s Rift Preview post that followed the initial announcement, Mantic does a deep dive into the new sourcebook. The new post covers the development of the book before and during the current ongoing pandemic, how its story (creatively crafted by Mark Latham) helps continue the Kings of War story, and some details on location choices for players to make while setting up a game session.

Over on the Death By Dragons YouTube channel, there’s an excellent Kings of War Halpi’s Rift Preview video if you want to visually check out the incoming new products and how they play before making your buying decision. And Mantic Games recently posted a video giving players a close-up look at The Best Hard Plastic Goblins EVER. Keep tracking the Mantic Games website, Twitter, and Facebook channels for more of the promised product releases.