Mario Kart 64: The Best Tracks To Play With Friends, Ranked

There are some gamers who are major fans of the Mario Kart Series and still consider the Nintendo 64’s entry into the series as the absolute best of the bunch. The game made some racing tracks so popular in 3D that they are still often included or modified in some way to be utilized in modern games.

With so many phenomenal courses for players to race their way through, there are bound to be a few that stand out in the minds of gamers. While some courses can be frustrating due to their tough obstacles, the added benefit of playing with friends can often replace that frustration with absolute hilarity. So if you've got a Nintendo Switch Online subscription, some joy-cons, and a couple of friends then check out these Mario Kart 64 tracks. 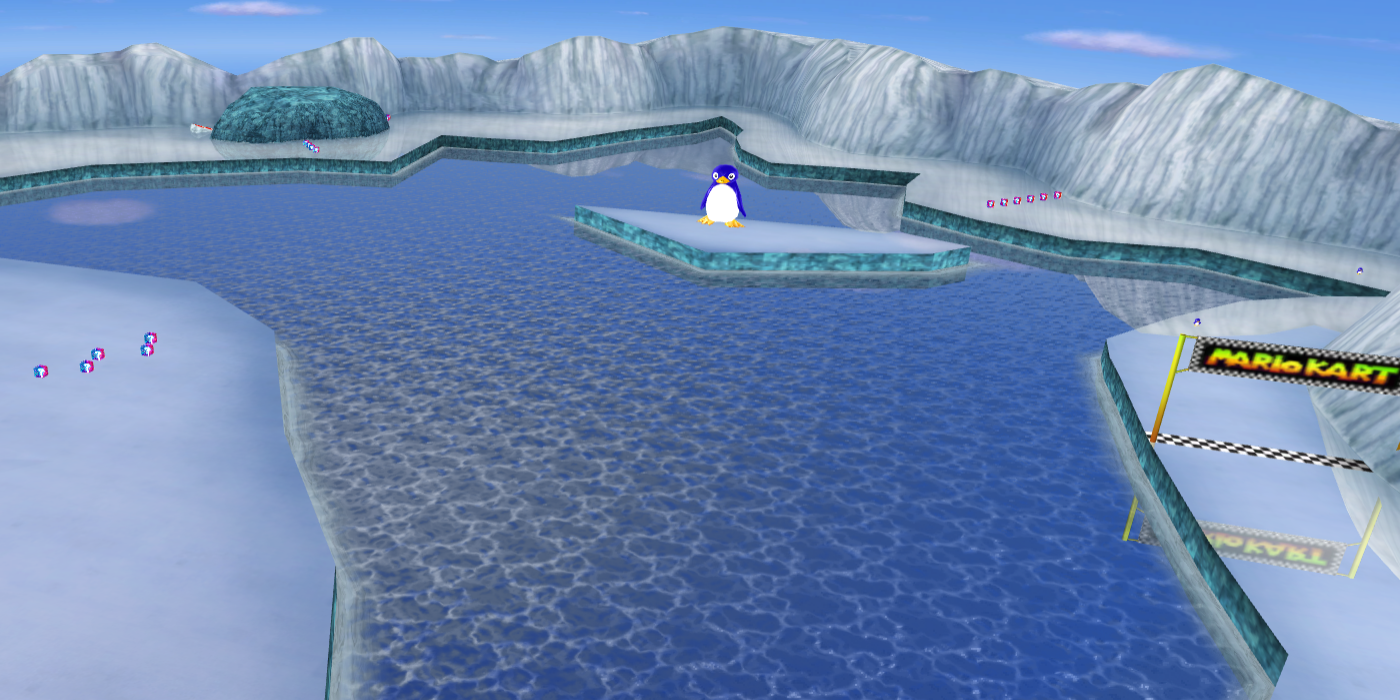 There's a lot to love about a racecourse like Sherbert Land. While many fans of the game point to it as one of the more frustrating tracks, that can translate into plenty of laughs when played with friends.

While the music for the course is shared with another wintery track, it's still a welcome addition. The entire icy course is filled with funny little penguins that slide around. One little bump into any of the penguins will send players flying, which can help even the field for groups of players with beginners and experts. 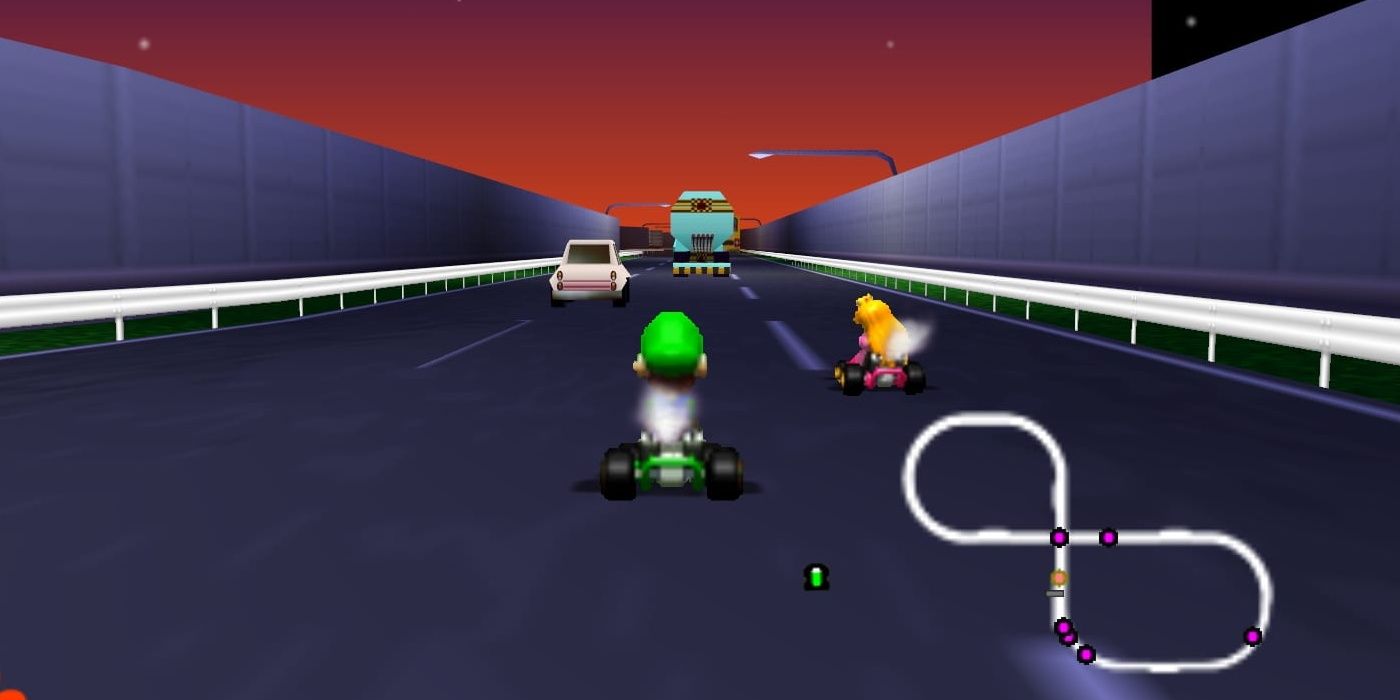 The third longest course in the game, Toad’s Turnpike is a hilarious course to play with a group of friends. Since the course takes place on an actual road, that means there are other drivers going about their day-to-day business right in the middle of your race.

This level has some of the hardest to avoid obstacles, and they come with some of the biggest penalties. Players can be launched into the air if they get too close to the other traffic on the course. While the course may look relatively simple, anyone who’s played it knows that’s far from the truth. 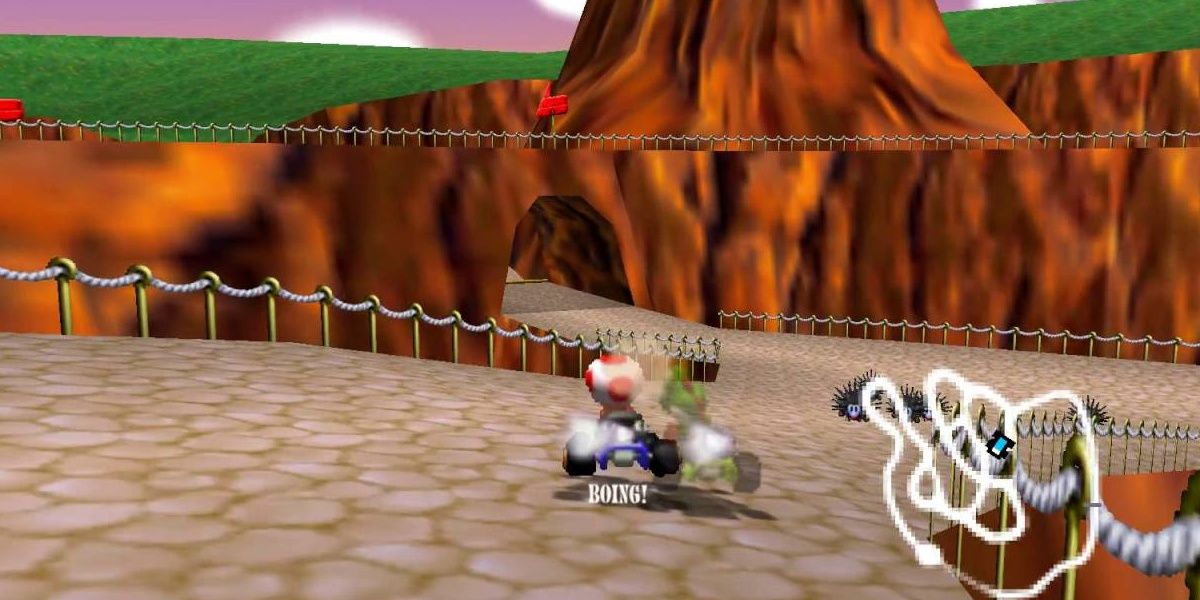 The Yoshi Valley course from Mario Kart 64 is one of the most hectic thanks to the usually handy minimap of the course being mostly useless. With tons of different twisting paths, rival players will have difficulty chasing each other down.

The stage itself is one major hazard for even the most skilled players, but that doesn’t mean it doesn’t have its own share of obstacles. It’s incredibly easy to take a hit or bump a hazard and end up completely turning in the wrong direction creating hilarity for everyone involved. 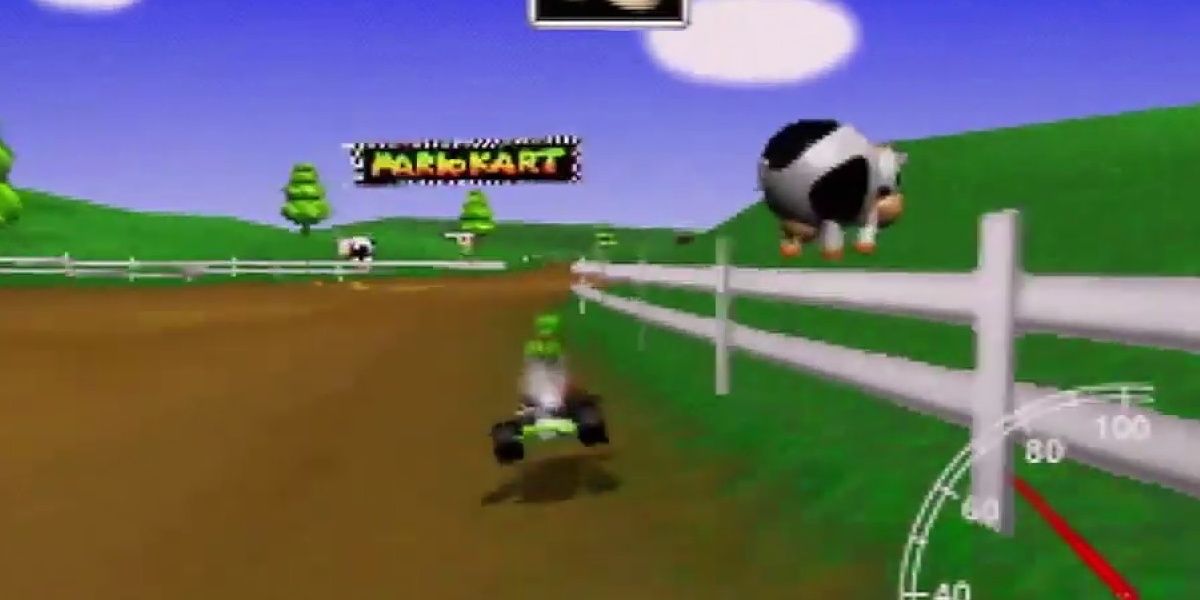 The Moo Moo Farm course is arguably one of the simplest courses in the Mario Kart series, but sometimes simplicity makes for the most intense races. The course's short length means that players will likely be playing the level over and over with their friends.

While it is a simple track, there are a wild amount of potential obstacles the deeper players get into the race. Various moo moos and monty moles will pop up all over the course in order to bring players to a standstill. Few things are funnier than a boastful friend in the lead bumping into a moo moo. 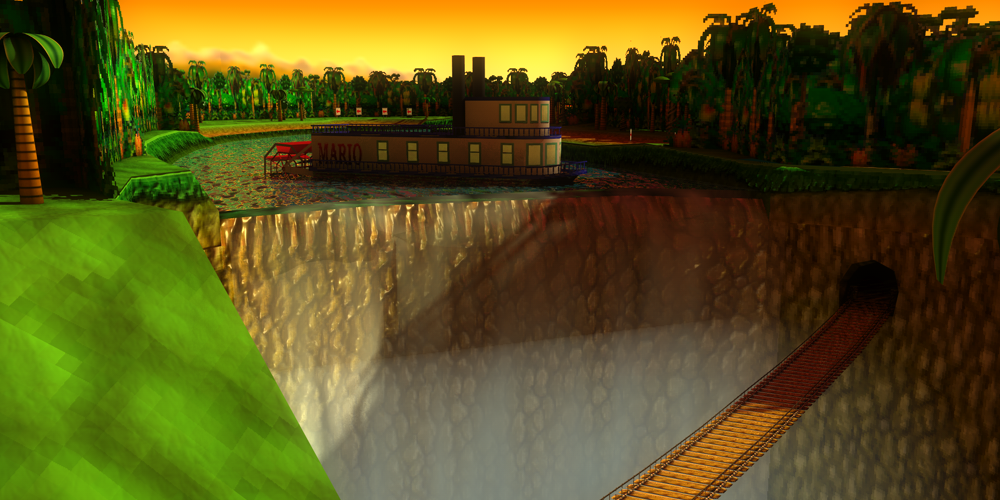 While this course has one of the shorter pieces of music in the game, players are likely to forget all about that from the sheer chaos the course provides. The jungle-themed level features a jump in the level, one that expert players know they can use to their advantage.

While a player can have a perfect jump planned, a well-timed Koopa shell can send them into the river below. Any Mario Kart fan knows that a screw-up like that pretty much ensures that player won’t be winning that race. 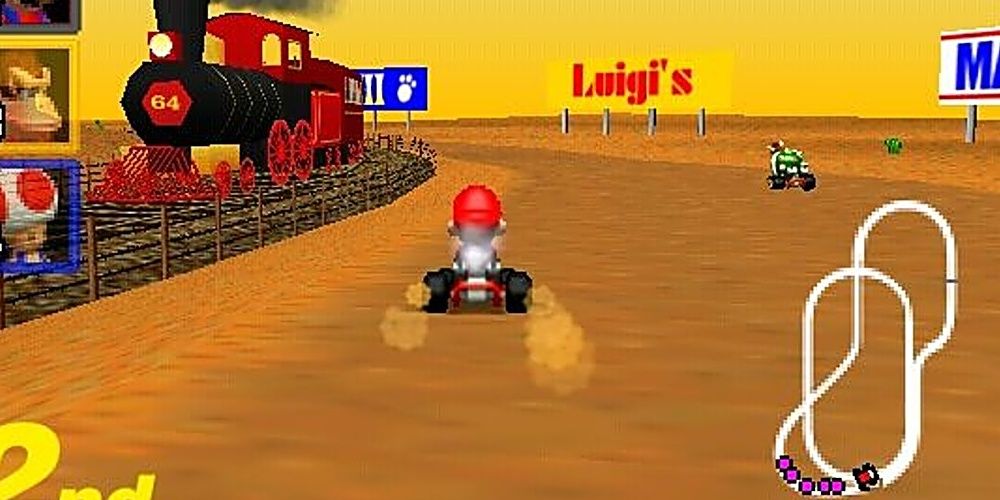 While the Kalimari Desert can seem like a bit of a bland level at first glance, things make a significant change once players lay their eyes on the massive train that runs through the level. Just about every gamer who’s played this course knows how much it can hurt to lose a lead after driving into a speeding train.

Some other fun comes from bumping other players into the rough sandy parts of the course which make karts much slower. It may be a simple level, but it's always dynamic when played with friends. 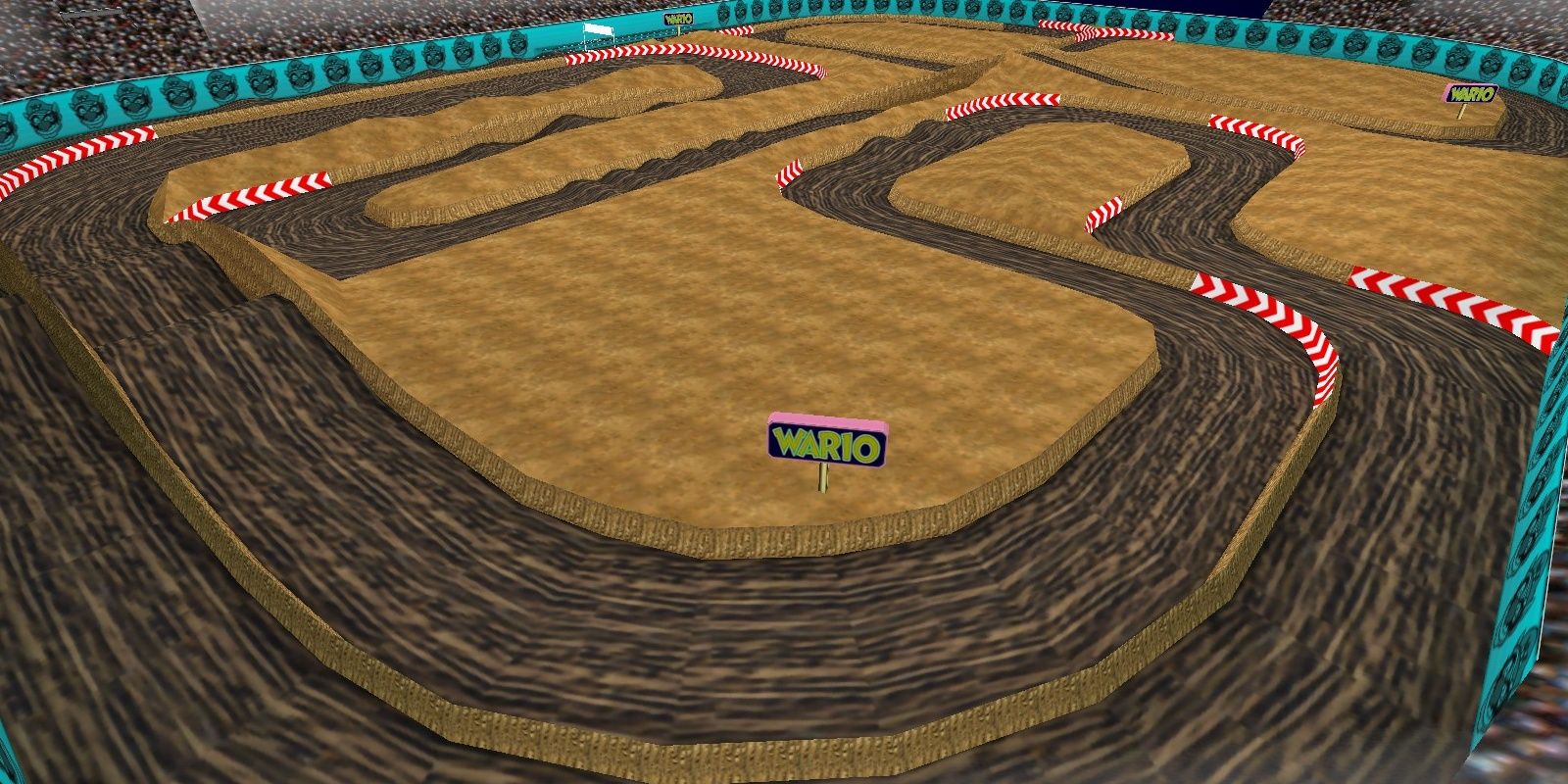 Fans of the Mario Kart series are sure to know the Wario Stadium course since it has been featured in a few of the series games. The track features one of the most unforgiving hazards in the entire game in the form of a jump.

With plenty of bumps and some of the sharpest turns in the game, few levels offer players more opportunities to ruin a race for others with some well-aimed weapons. If players want to be really mean, make sure any opponents fail to clear the level’s jump and see how far back they get sent. 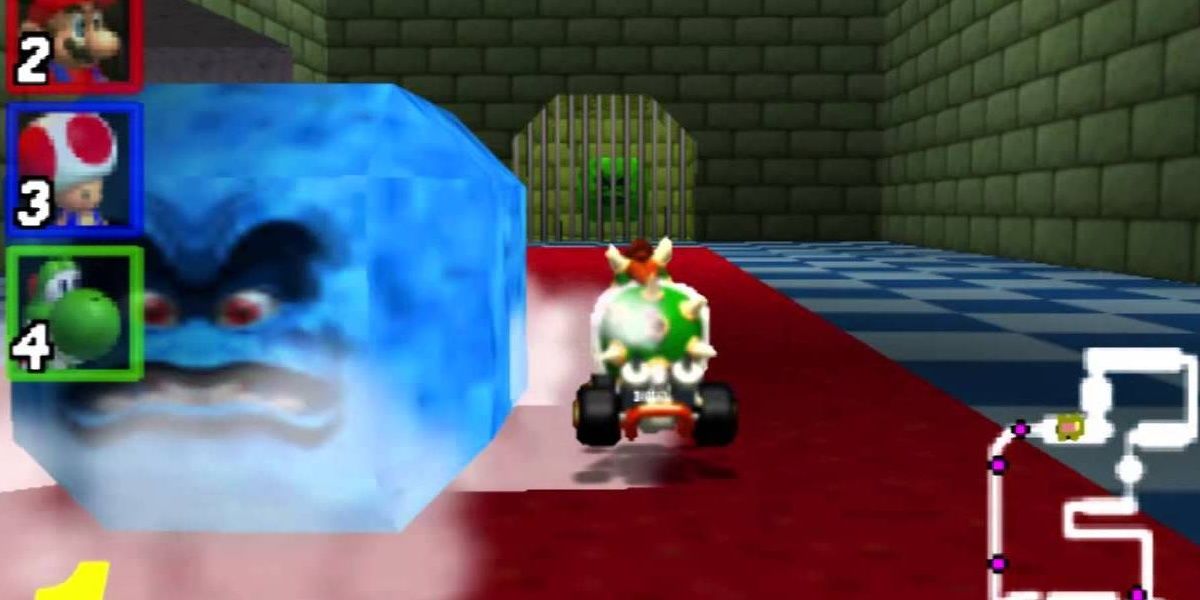 One of the best parts of the Bowser’s Castle course is the sheer atmosphere of the level. The excellently crafted castle-themed course that's accented with plenty of lava pits makes the entire race an anxiety-inducing one.

The track is also filled with Thwomps that almost seem to seek out players in order to halt any momentum they had in the race. Something interesting about the track is that based on the difficulty chosen, there will either be more or less Thwomps trying to trip up players. 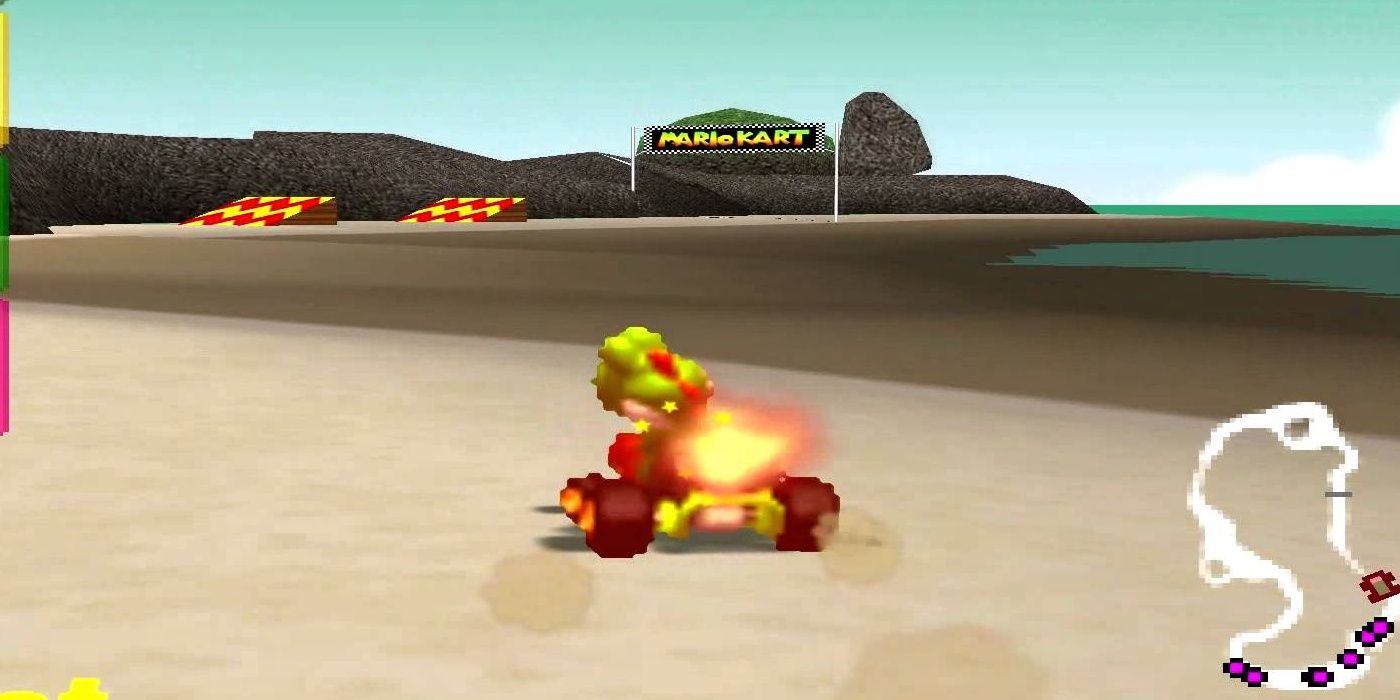 While Koopa Troopa Beach may seem like a pretty friendly and straightforward course at a glance, it can be one of the most hectic levels to play with friends. The level offers plenty of dynamic ways to move through which includes shortcuts, and ramps.

While the excellent music will keep players relaxed, the obstacles near the finish line may change that. Various crabs make their way along the beach to block leading players, and those that aren’t careful could blow a sure victory with one tiny mistake. 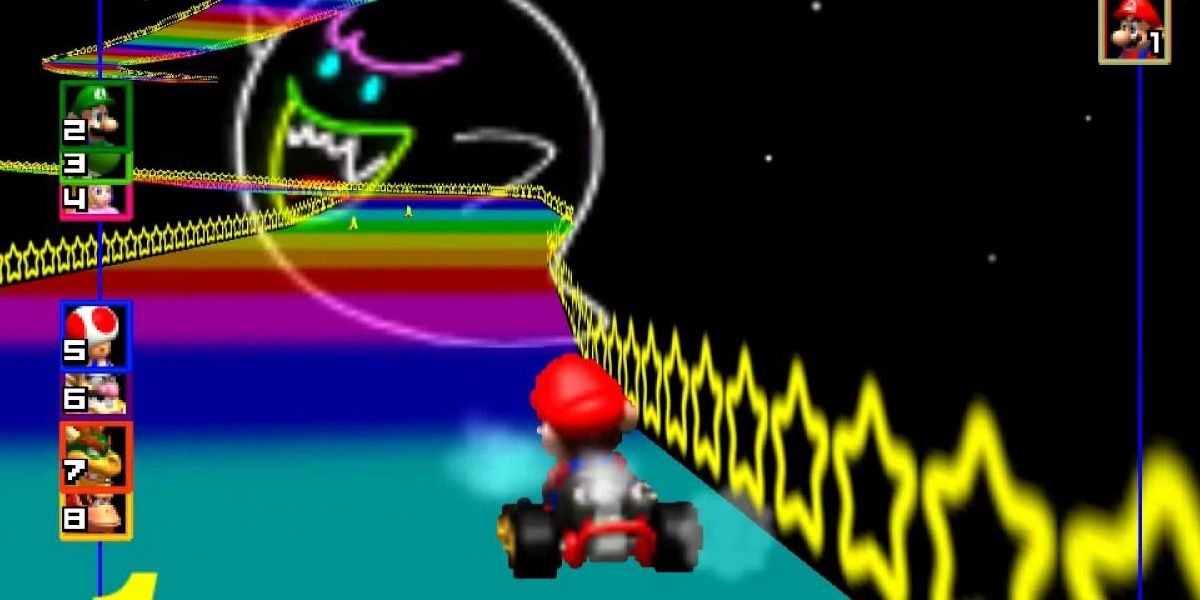 No mention of any version of Mario Kart is complete without talking about one of the most famous courses from the game, Rainbow Road. While the level’s overall look may be one of the factors that make it so iconic, it’s likely that there’s another reason.

Rainbow Road is one of the most hectic courses from the game due to its sheer difficulty. It’s the longest course in the game by a longshot, which means there are plenty of opportunities to make massive mistakes that will leave players going from first place to last in an instant.