Marvel Snap's Power Cosmic season introduced Silver Surfer, the herald of Galactus. This chrome-dome requires a very specific kind of deck, but there are a number of ways to go about that. With a total of 42 3-cost cards in the game, it can be difficult to find the right combination of cards to include in your Surfer deck.

Silver Surfer will add three power to all of your 3-cost cards, but you don't want to grab just any card that costs three energy. You want your cards to be impactful and give your opponent a run for their money, while you farm cubes in the process. There are the best options to include in your Silver Surfer deck. 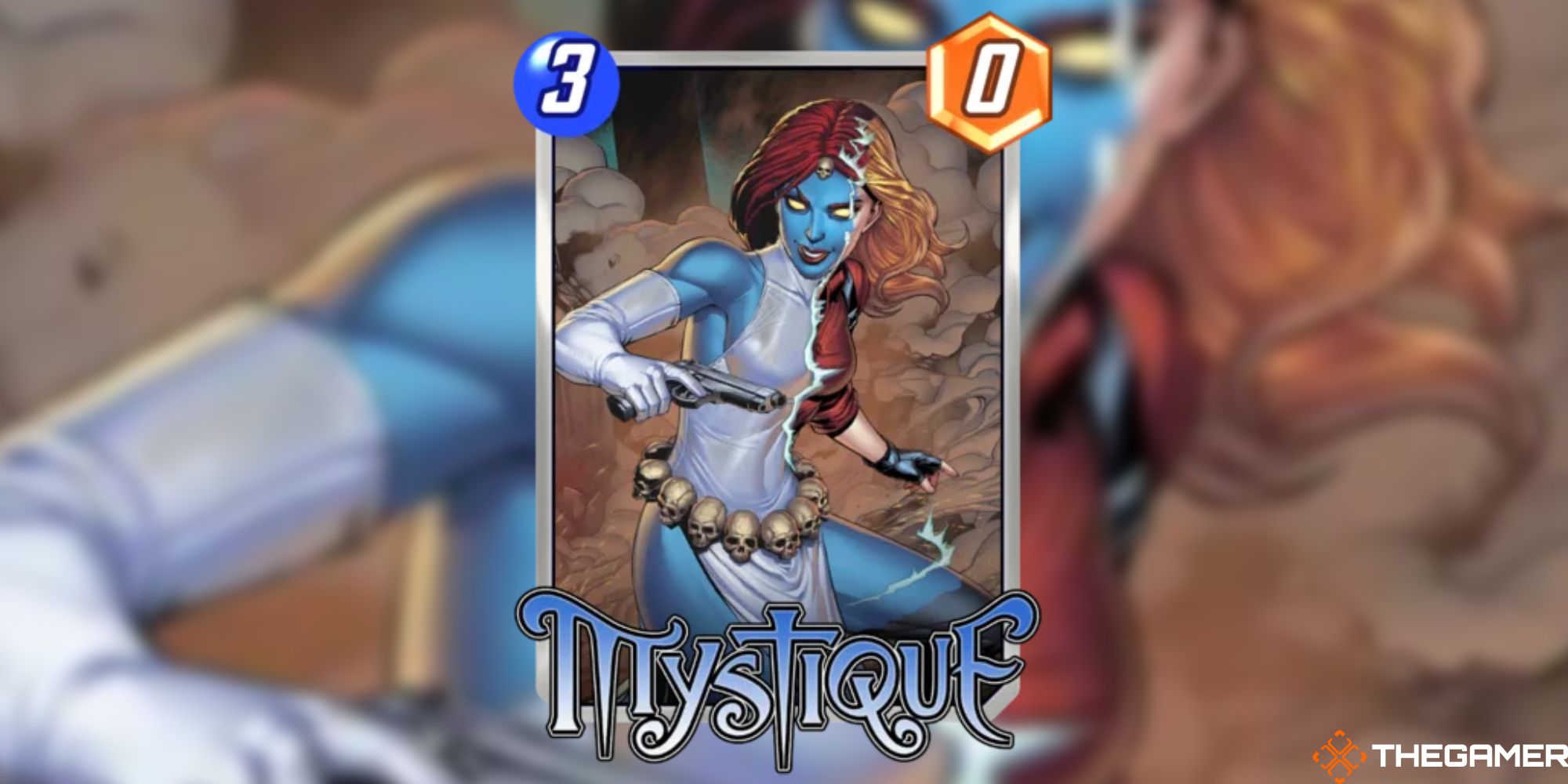 The shapeshifter and mother of Nightcrawler makes for an excellent addition to your Silver Surfer deck, because of her On Reveal ability.

Copying an ongoing ability is very strong, especially when there are a lot of 3-cost cards with ongoing abilities. Copying Cerebro is ideal because it'll increase the power of your most powerful cards, no matter which zone they're in. Drop down Silver Surfer, and they get even stronger. Not to mention, Mystique gets +3 to her power, as well. 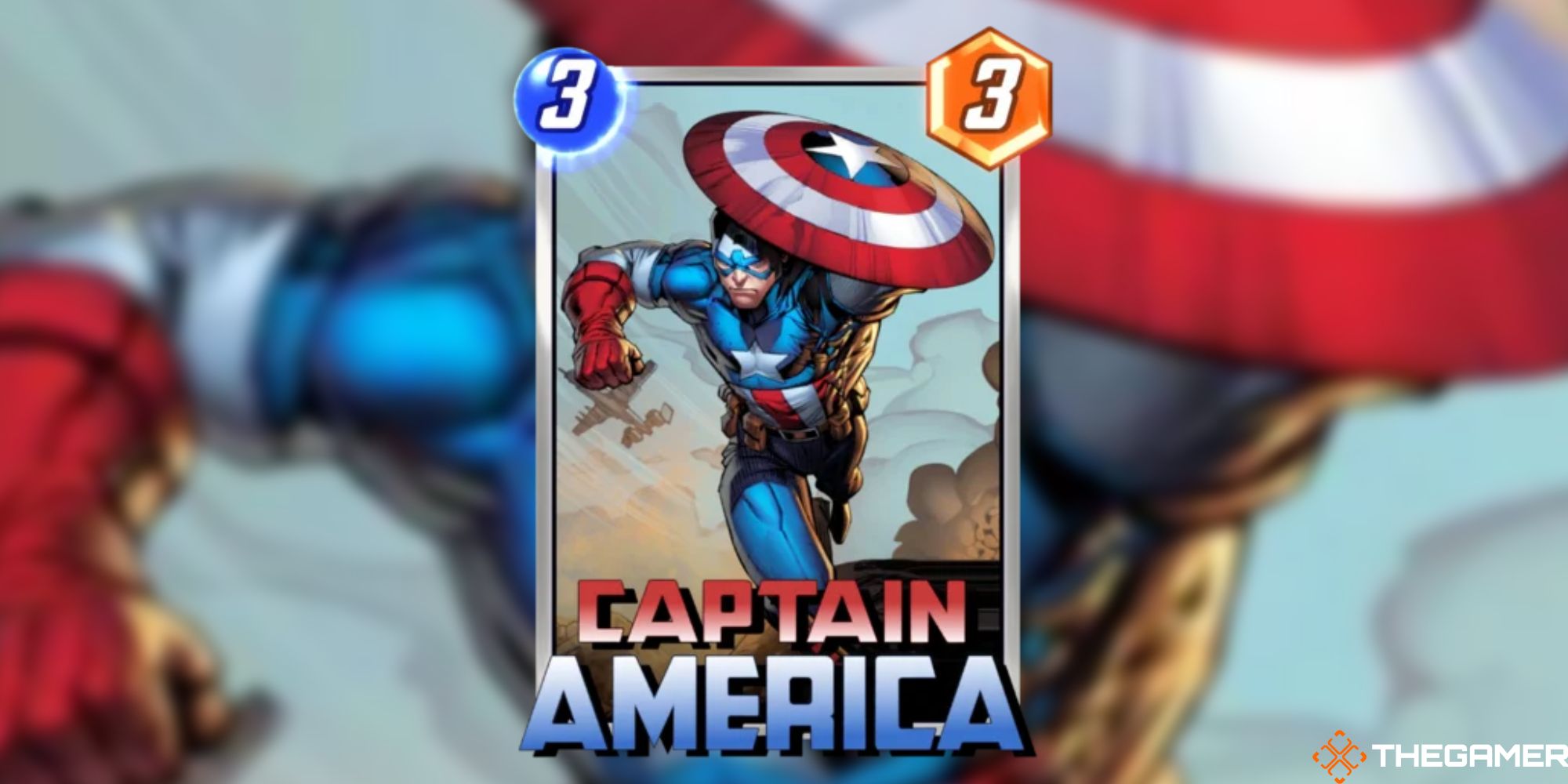 Captain America's ability might seem trivial, but it adds up. He can single-handedly take over an entire zone because of the buff he grants to your other cards. Coupling that buff with the power increase he'll receive from Silver Surfer and all of your other 3-cost cards in Cap's zone is too overwhelming for your opponent.

Playing Captain America on the fifth or last turn is not unheard of as a means to ambush your opponent. Play him right before you slam Silver Surfer to take your opponent by surprise. 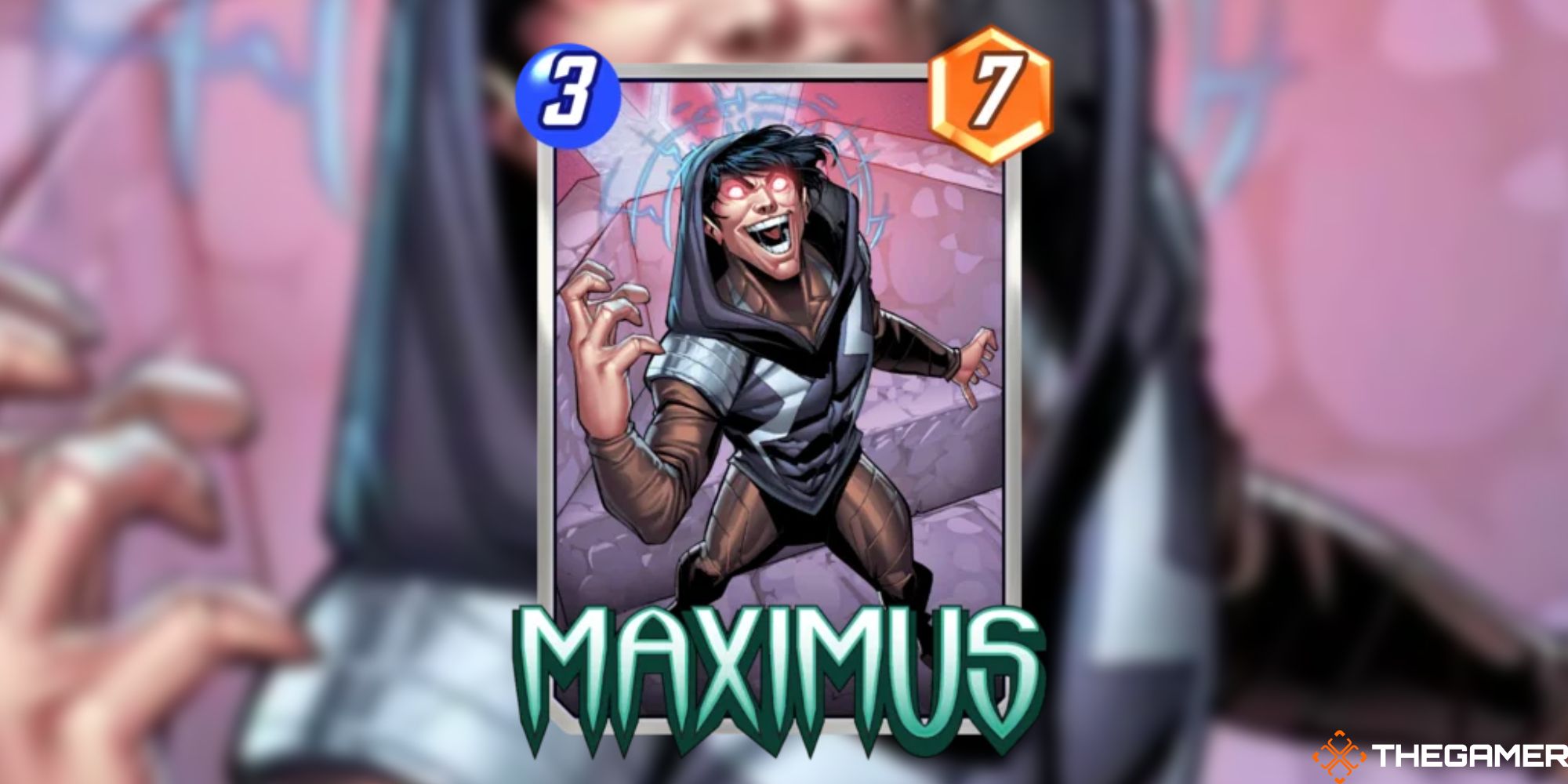 Seven power is a great stat for a 3-cost card, and, when you play Silver Surfer, Maximus is bumped up to ten power.

It's a good card to play near the end of a match in order to prevent your opponent from drawing two cards, or play him in the same zone as a Cosmo. With the other 3-cost cards like Cerebro and Captain America, Maximus is a powerhouse that wins games. 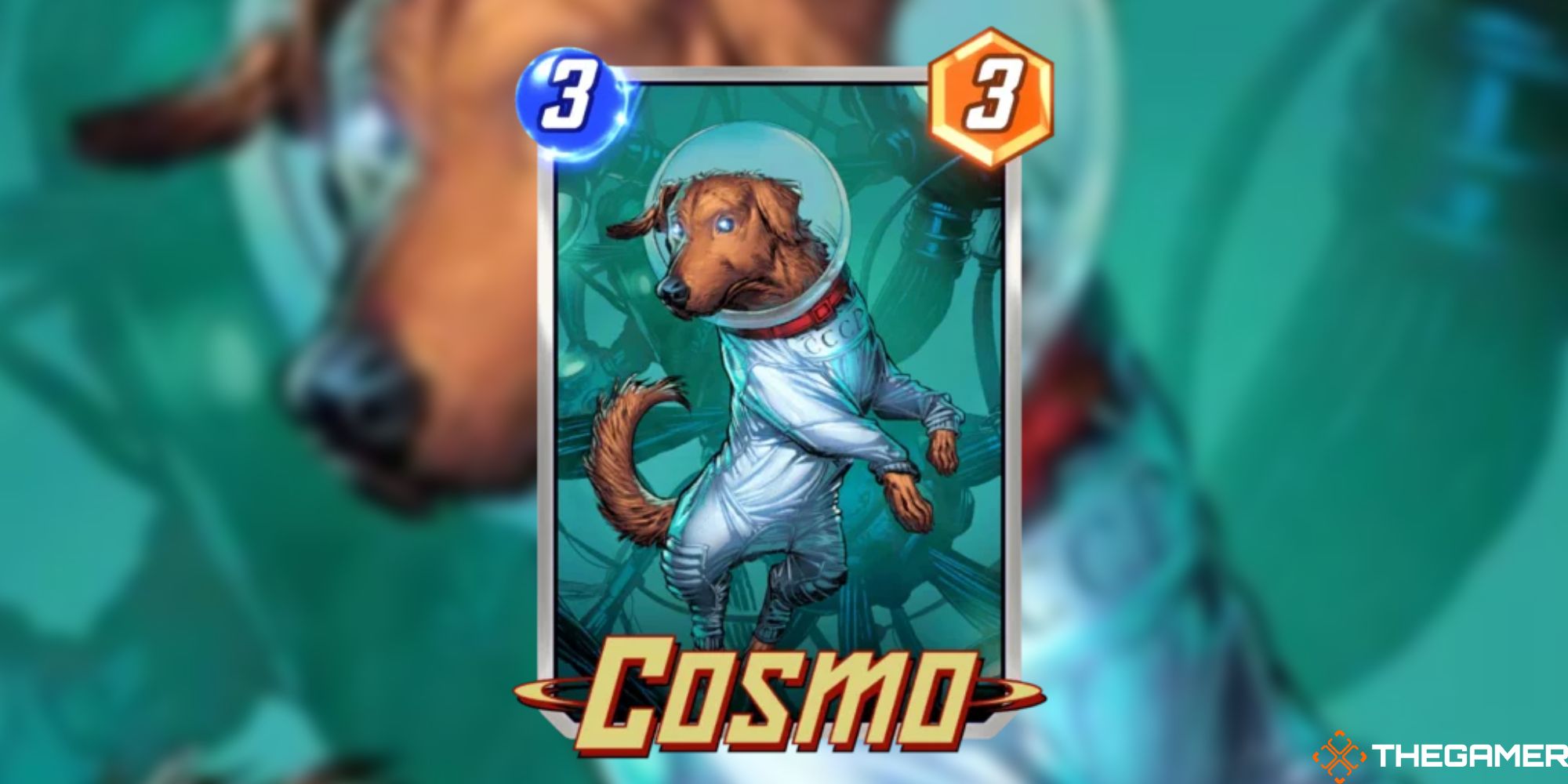 Who's a good boy? Cosmo's a good boy. The best boy. This adorable pup has been ruining days for players since Marvel Snap's inception.

You might be wondering why you would play Cosmo in a deck that centers around a card with an On Reveal ability. Simply put, your opponent probably plays more On Reveal cards than you do. Just be sure you don't play Silver Surfer in the same zone as Cosmo. 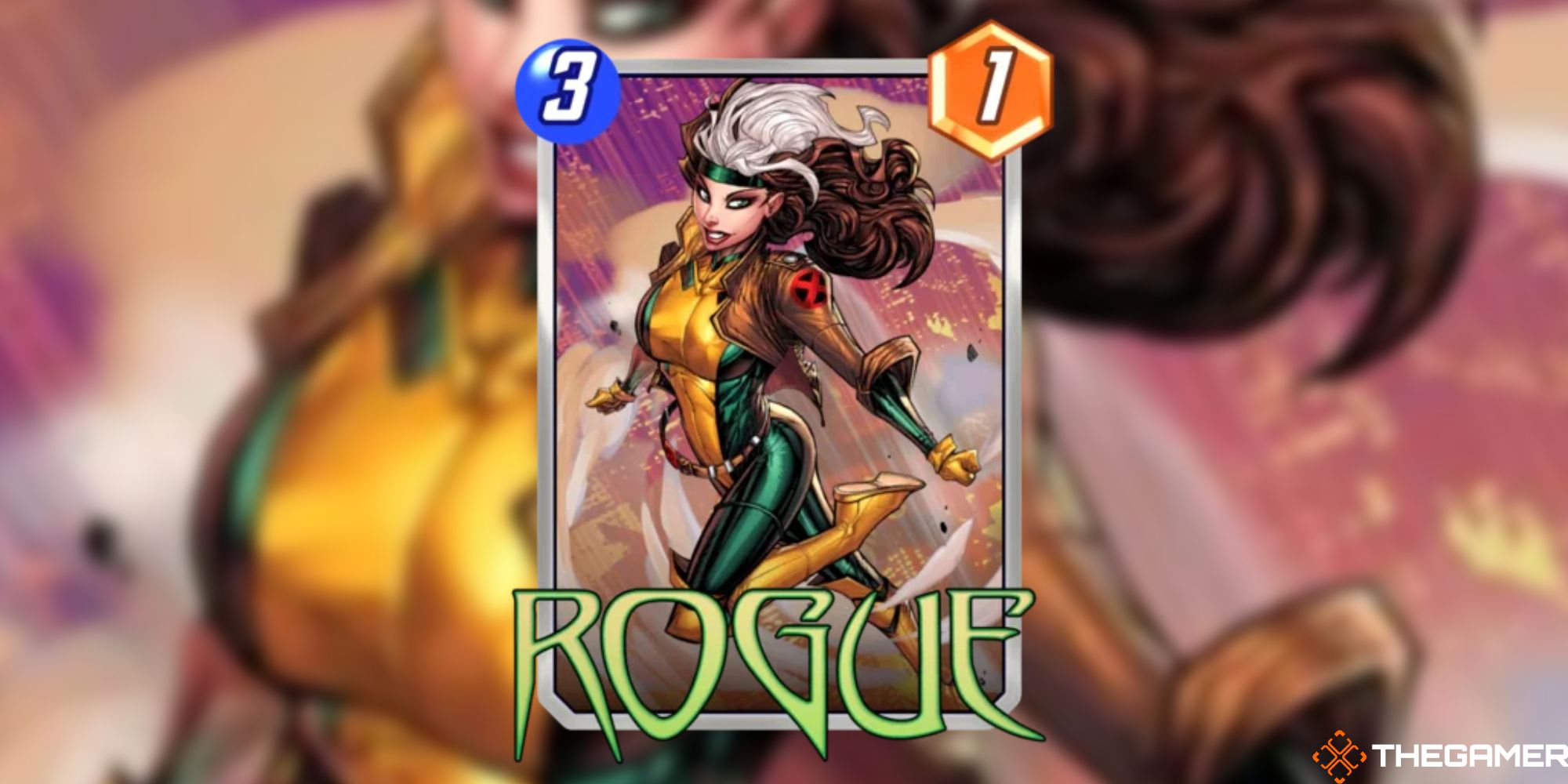 Enchantress might be the first card to come to mind when you want to stop your opponent from having pesky Ongoing abilities. However, in a deck where 3-cost cards are optimal, you need to search for another option. That's where Rogue fits the bill. Her power might be significantly less than Enchantress', but she's better in other ways.

Rogue doesn't simply get rid of one Ongoing ability, she steals it. So, if your opponent slams Wong down in a zone, slap them back with Rogue and take Wong's magic away. Now the Silver Surfer can activate his On Reveal ability twice too, giving all your three-drops +6. 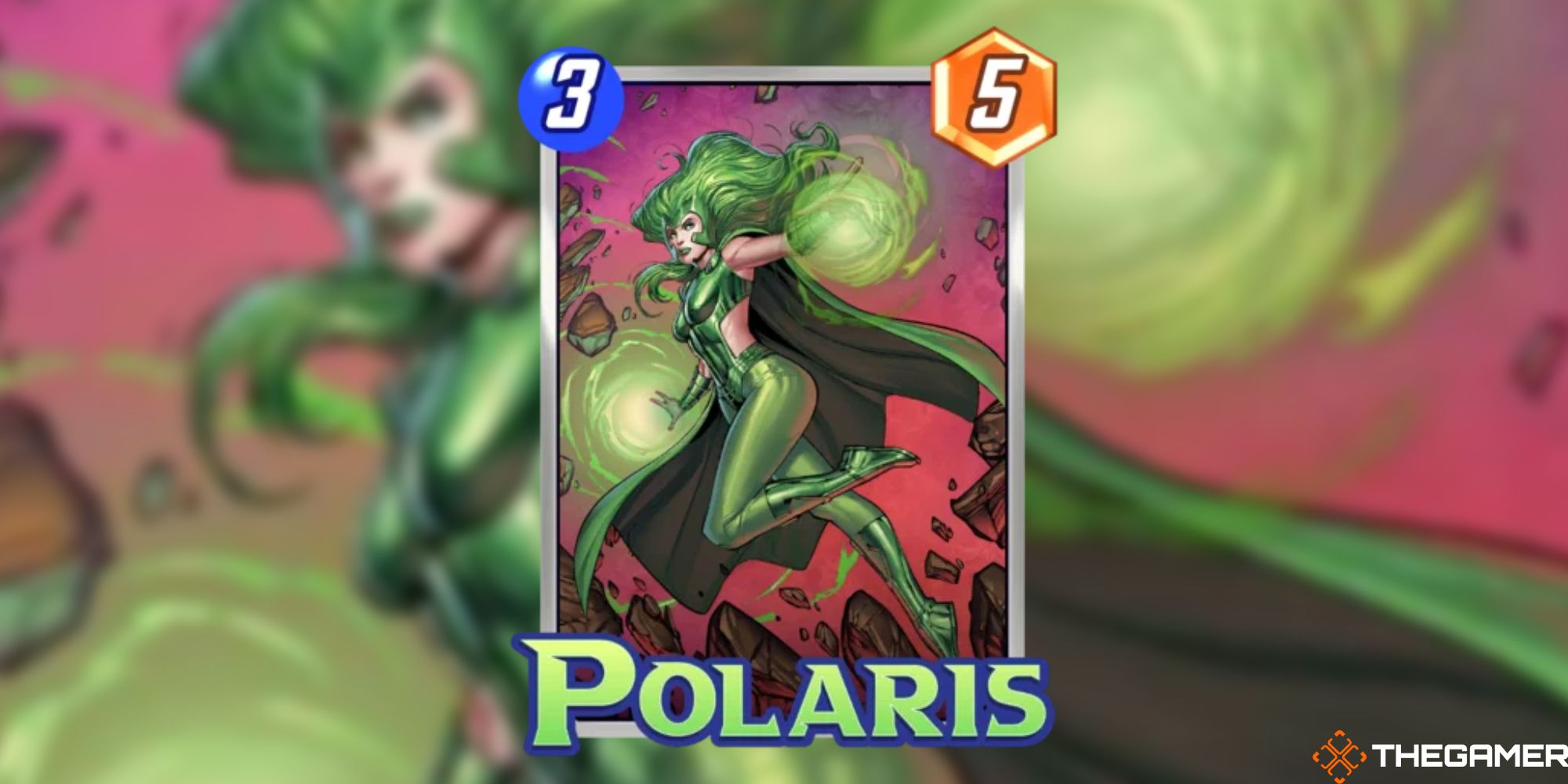 The daughter of Magneto is great at disrupting your opponent's strategy. She might not be as powerful as the master of magnetism himself or as good as Aero.

Just when your opponent thinks one of their 1-cost or 2-cost cards will make a difference, Polaris steals them away and plops them down into a different zone. Her power is also significant because out of 40 3-cost cards, only five have a power greater than four. 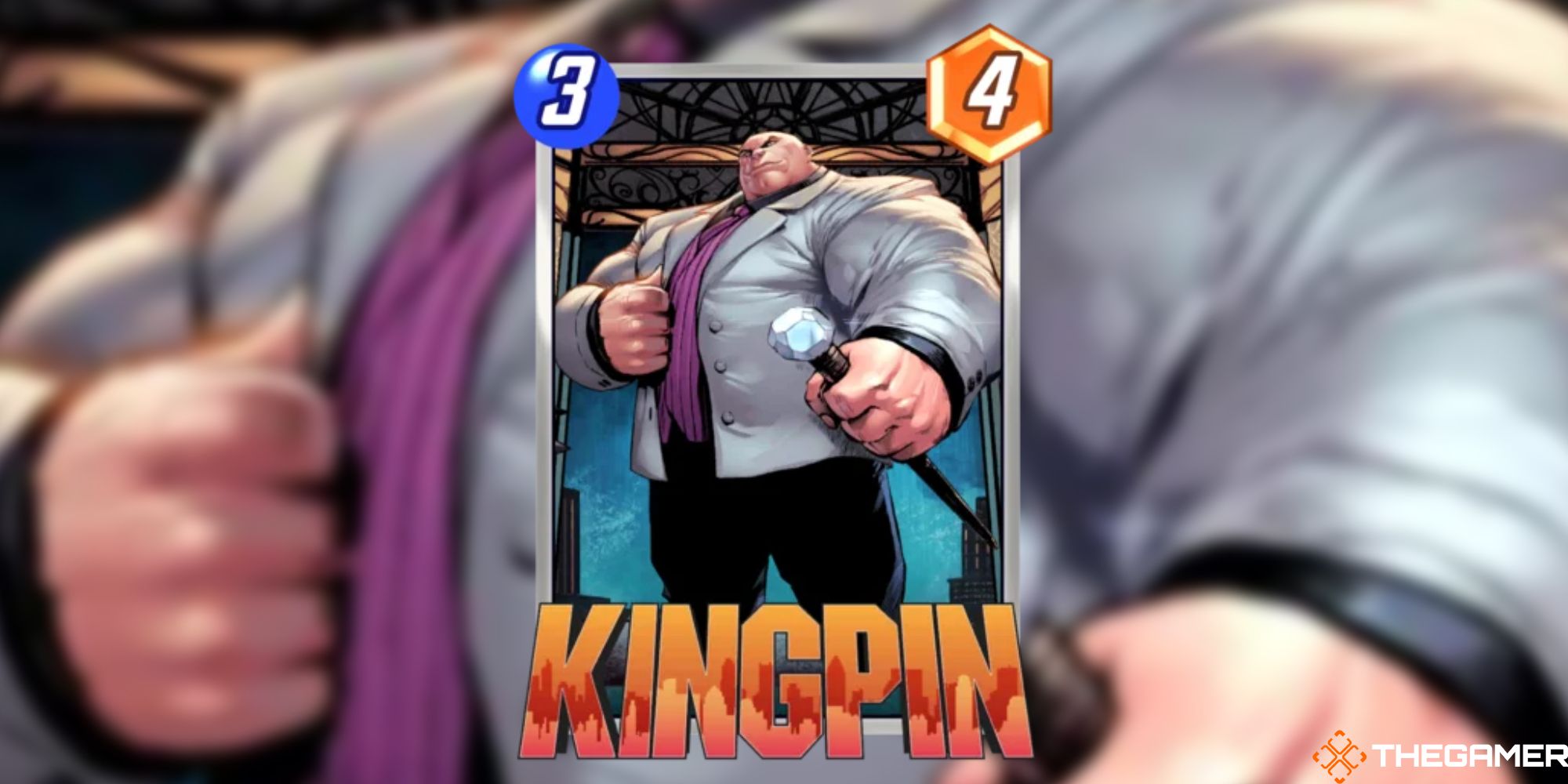 Kingpin stops your opponent's move deck dead in its tracks. Plop Wilson Fisk in the middle zone, and Heimdall is shut down.

However, that's not the only reason for Kingpin in a Silver Surfer deck. If you can force your opponent to move their cards to the same zone as Kingpin, you not only remove them from a different zone, you remove them from the game all together. Polaris, for example, is perfect to force such a maneuver, making them a great combo. 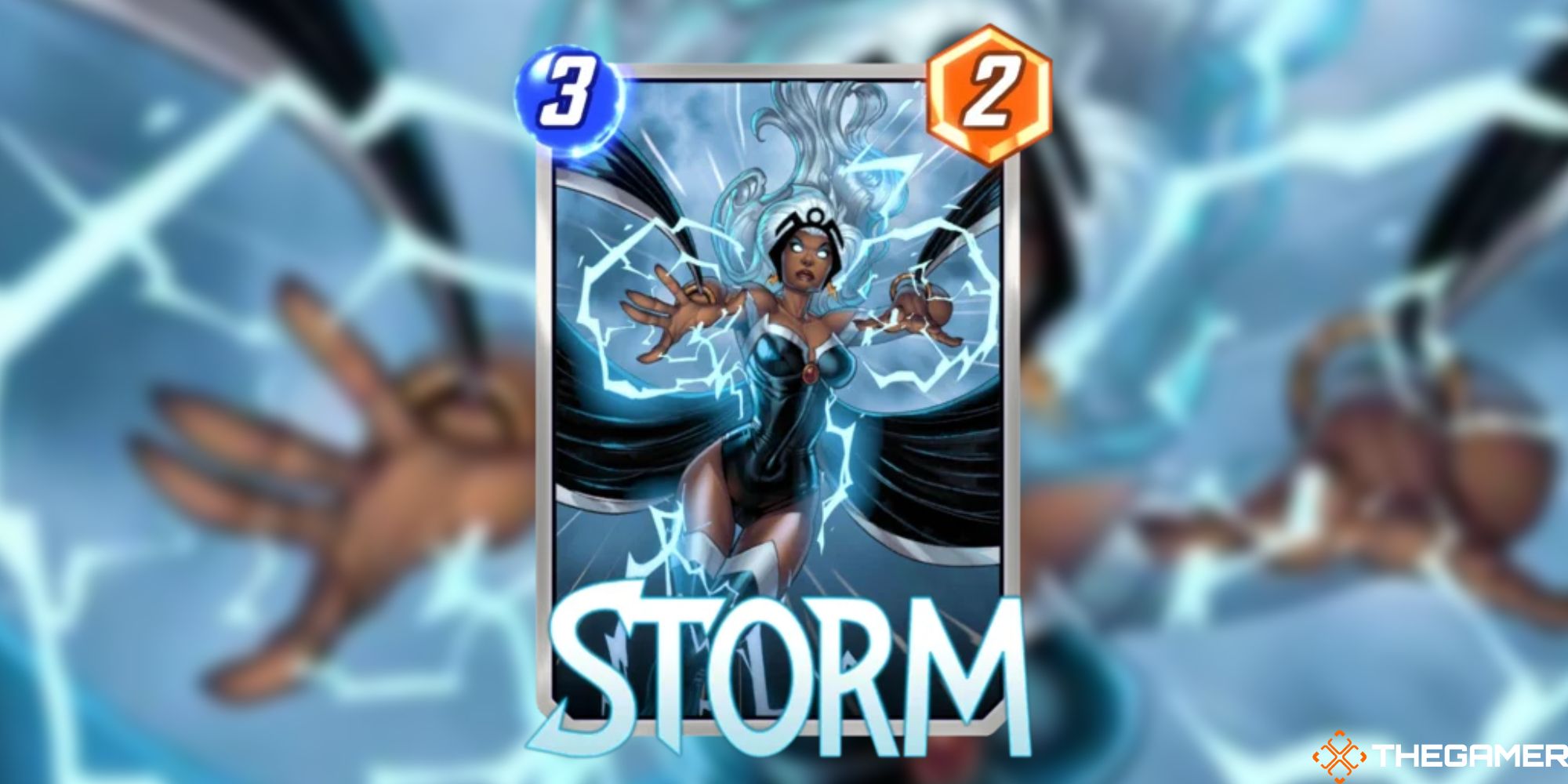 Storm typically pairs well with Jessica Jones because they guarantee you win the zone, but there won't be any Jessica Jones in a Silver Surfer deck as you want to minimize the number of non-3-cost cards. Instead, running Storm solo forces your opponent to play cards in a zone they weren't concerned with yet.

You can follow Storm with another card and not worry if you're losing, because, once you play the Surfer, you're almost guaranteed a win. 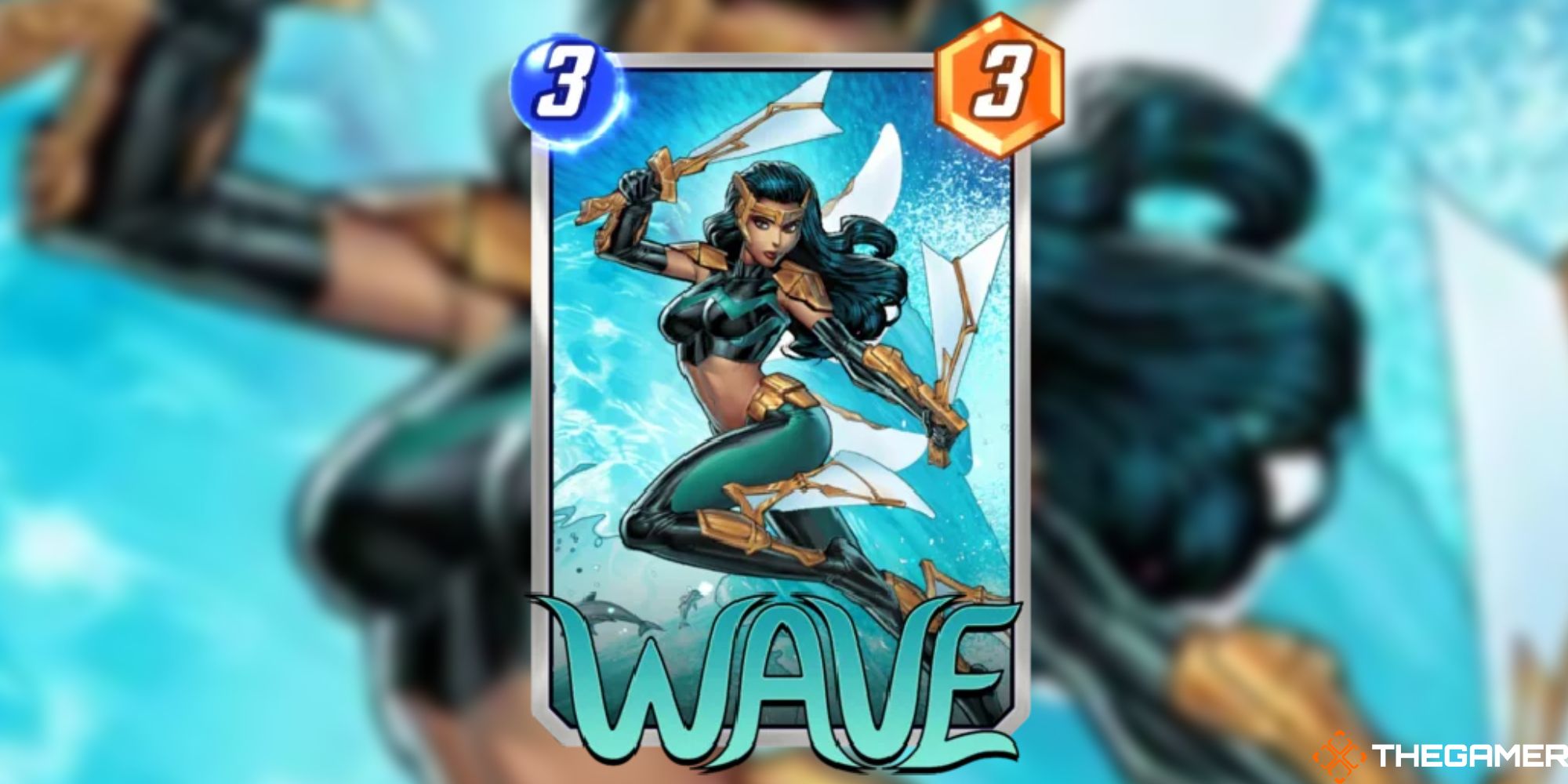 You might ask yourself why you would want to include a card in your deck that increases the energy cost of all your cards. It's simple: Wave enables Sera. Play Wave on turn three and follow it up with Sera on the very next turn. Getting Sera out a turn early is debilitating for most opponents.

That means on the last two turns of the game, you're able to play more than one card a turn. On the last turn, you'll be able to play three impactful cards for only two energy each, but Silver Surfer still counts them as costing three. It's a great way to cheat out lots more cards at the last moment and winning the game before your opponent has any time to react. 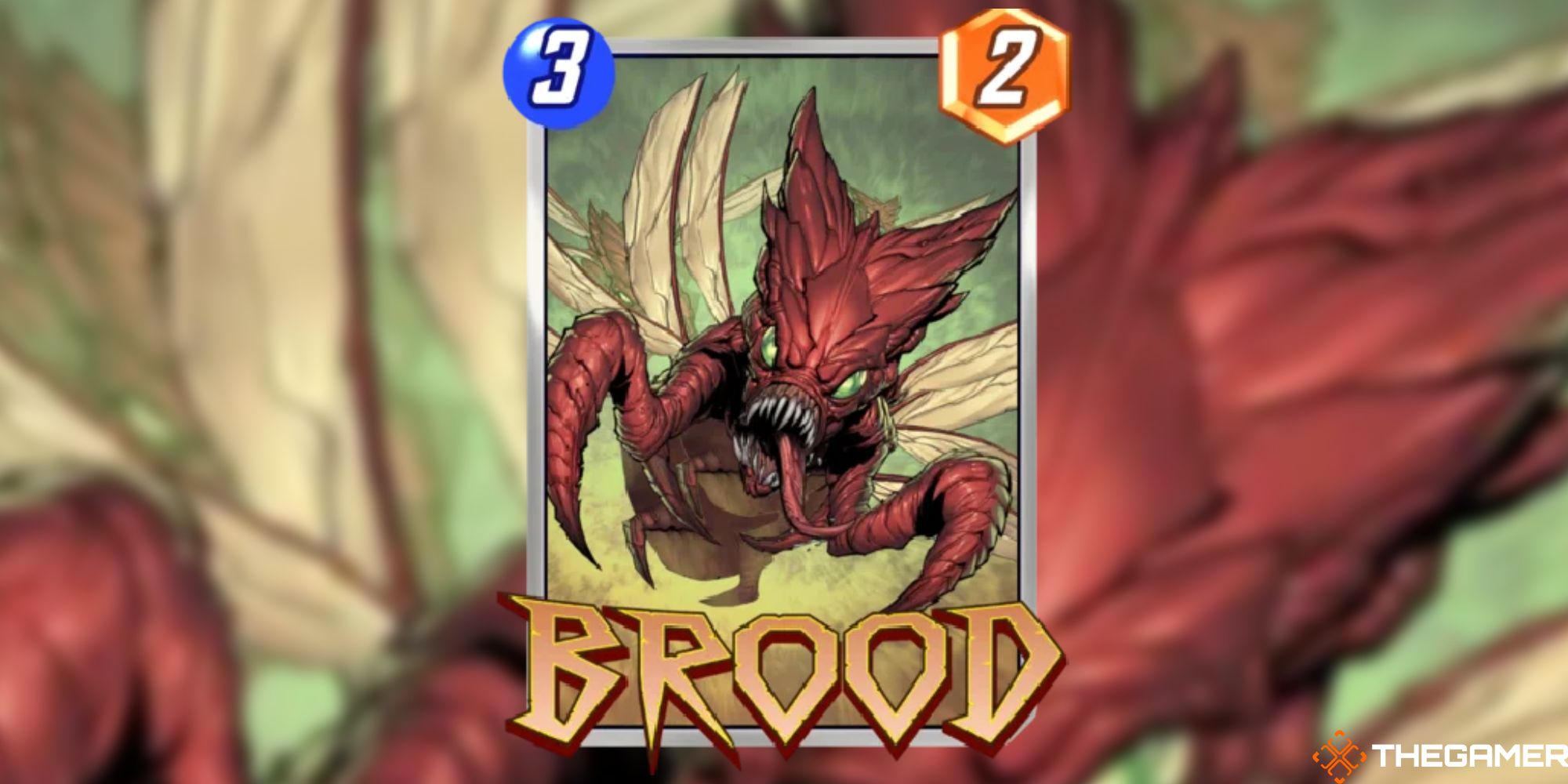 The most significant card for a Silver Surfer deck is Brood, and it's pretty easy to see why.

Brood creates two clones of itself when it's played, making it three cards for the price of one. Play Captain America or Wolfsbane in the same zone and Brood's power increases, making it difficult for your opponent to win whatever zone they're in. Brood overwhelms a zone immediately, and can cause your opponent to give up hope and spend their resources elsewhere.