The Hulk is set to smash his way through anything in his way in Marvel’s Avengers, but it takes more than rage to make this big green monster shine on the battlefield. Check out this guide to fully unleash his potential.

Often overlooked as a brainless meathead who’s only useful for his ability to rip through most enemies in Marvel’s Avengers with nothing but his bare hands, Hulk actually benefits a great deal from smart play. Yes, he has all the qualities you’d expect from a giant mass of radioactive muscle, but a little finesse can focus his rage into a precise beam of destruction. Get ready to unleash some pain when you take control of the Hulk.

How To Play Hulk In Marvel’s Avengers

There’s no getting around it, the Hulk is a tank in just about every way. He’s huge, hits harder than a truck, and can brush off attacks like he barely even notices them. But he’s also the slowest of the four characters so far, and isn’t so great at dodging or avoiding damage. If you want to be the one to power up, charge into the fray, and dish out the highest damage numbers, Hulk is right up your alley.

Being a melee focused build, Hulk’s combos are going to be your bread and butter, especially his power attack. While it takes a bit to get off, you have the defense to power through and keep building your combo. If you upgrade it with Aftershock you can hit Triangle or Y immediately after the power attack lands to deal a followup slam to make that long wind up on the first hit worth it.

Power Spike is just a pure Hulk move. Once you grab an enemy you can use this move by holding Triangle or Y to jump into the air and hurl them at the ground. Not only does this devastate the enemy you’re spiking, but also bounces any enemies nearby into the air for free combos.

Smackdown can’t be unlocked until level 10, but is absolutely worth the wait. This move lets Hulk grab two enemies at once and use them as weapons for new, more powerful combo attacks. 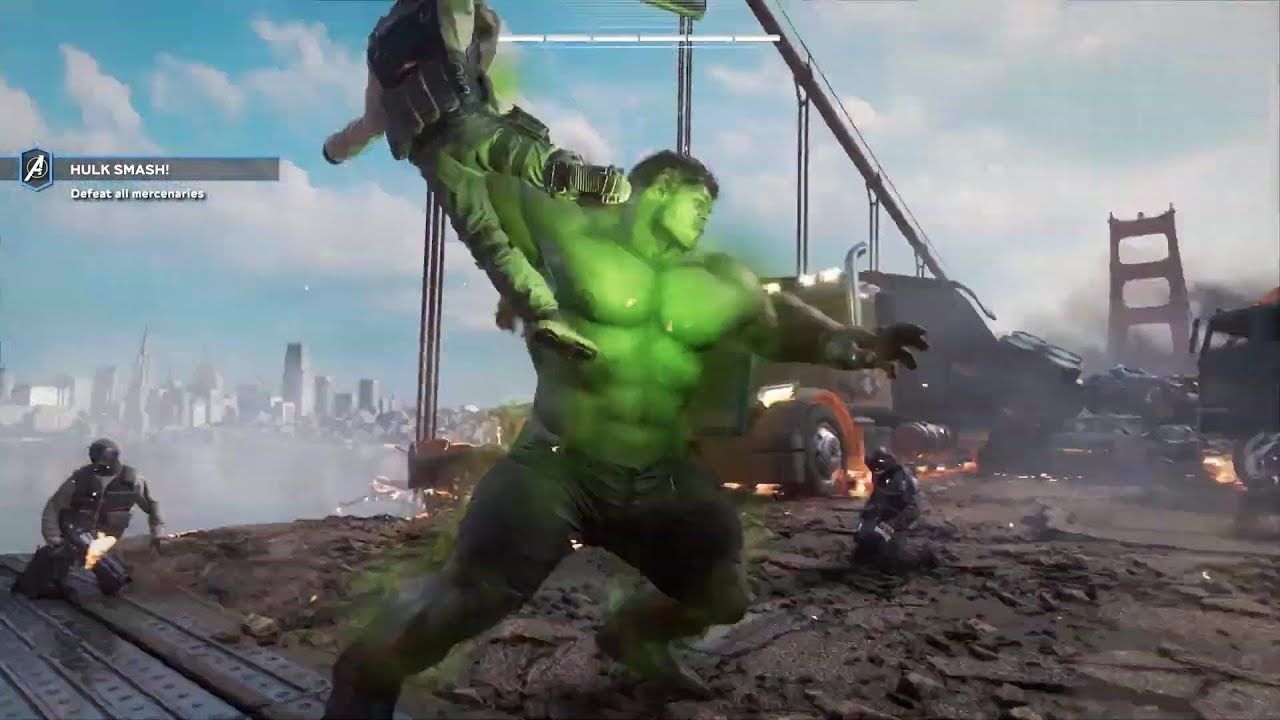 Hulk’s best stats to boost shouldn’t be much of a surprise. He’s all about dealing damage while taking all the aggro, so Might, Resolve, and Resilience are strong choices to make. There’s not much reason to go with anything but Might for damage, and buffing his max Willpower and recovery, plus armor, will keep you smashing and tanking for the team the longest.

Hulk’s Heroic Abilities are all a perfect mixture of fitting in with who the Hulk is and what the Hulk does. His Support Heroic is the Boneshaker, a taunting move that pulls all the enemy aggro towards him. You should constantly be drawing aggro playing Hulk, but this move is great if the enemies become scattered and start threatening your team.

For his Assault Heroic, Hulk brings out the Stranglehold. Aim at a group of enemies, preferably in an open area, and activate this move to begin a rush attack. You’ll automatically grab the first enemy you come in contact with and use them like a battering ram through anyone else you can steer into. Once the gauge runs out, you’ll slam that held enemy into the dirt and send a shockwave out that damages and stuns whoever’s left. 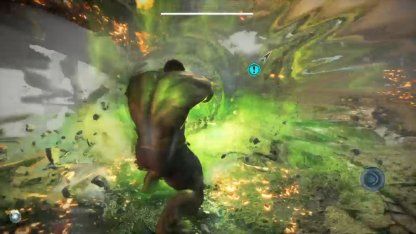 Finally, Hulk’s Ultimate Heroic is the Thunderclap. You could probably guess what this one is just by the name, and it is indeed a massive clap that explodes in a massive blast that will blow away all enemies.

Hulk’s Specialty skills all make his Heroic Abilities even stronger. His Boneshaker can be improved to fully restore his intrinsic energy if it kills five enemies, increase the duration of it and make him immune to status effects while it’s active, and force enemies to drop items who are taunted by the move. His Assault Ability can be modified to do things like deal 200% more stun damage, to restoring HP based on how much damage the move does, and more. Finally, Thundercap can increase its range, suck in enemies before launching the attack, get basic damage buffs, and increase drop chances.

Mastery skills make Hulk even stronger through melee and ranged buffs, but doubles down on his intrinsic skills. His melee and ranged skills are mostly basic damage buffs and increases to drop rates. His Intrinsic Ability skills help him recover his meters quicker, make his Rage more effective, and making his Rage more efficient. Hulk’s last skill tree is the Intrinsic Overcharge, which boosts different statuses while overcharged, and make it easier for him to get overcharged.