Ms Marvel may be the newest member in Marvel’s Avengers, but that doesn’t mean she packs any less of a punch than the others. This guide shows you how you can stretch her power to the limit.

Kamala Khan takes up the mantel of Ms Marvel in Marvel’s Avengers, and is a great character to pick up for anyone just getting started with the game. She is a very balanced character, perhaps leaning a little more on the support side, but still able to hold her own in combat. While learning her may be a fantastic way to come to grips with the mechanics of the game before swapping to another hero, you may just find her to be your favorite of the bunch once you see what she can really do.

How To Play Ms Marvel In Marvel’s Avenger’s

You’ll notice right off the bat that Ms Marvel’s power is all about stretching and expanding her limbs. This will be what drives her character in terms of combat, traversal, and her special abilities. 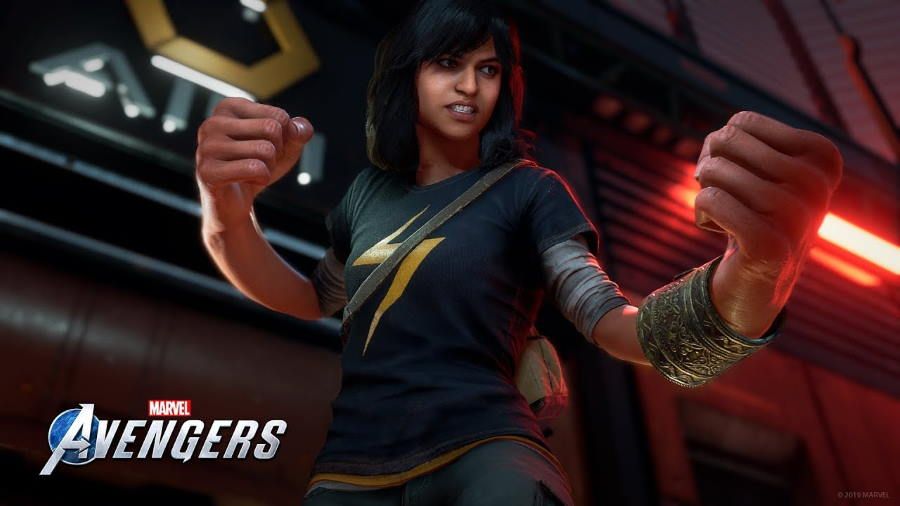 In normal combat, Ms Marvel uses her extending limbs to hit foes from a safe distance. Her normal combos are all about smacking enemies at range, interrupting and knocking them down, and hitting multiple enemies at once for some crowd control. Defensibly, her long limbs make her very mobile, and she can move around combat areas with her long leaps and extended grabs. She shouldn’t be leading the charge on groups of enemies by herself, but really starts to shine when paired up with a more tanky hero like Hulk.

Each character comes with a ton of skills to use and unlock as you level up and upgrade your hero, but there are a few for Ms Marvel that you should learn as soon as you can. One aerial called Double Down Kick, performed by holding either X or Square while airborne, will shoot out Ms Marvel’s feet at an enemy to break their shields. This is a much faster, and safer, option than using a traditional power attack to negate shields.

Spin Kick is another easy-to-perform move – just press Square or X while sprinting. Just like the name implies, this will do a leaping spin kick that damages all enemies in range, which is a great way to open combat and give you and your team the upper hand right away. Or, if there’s only one enemy around, hit Triangle or Y while sprinting to do Sliding Kick and sweep an enemy off their feet for an easy pummeling. 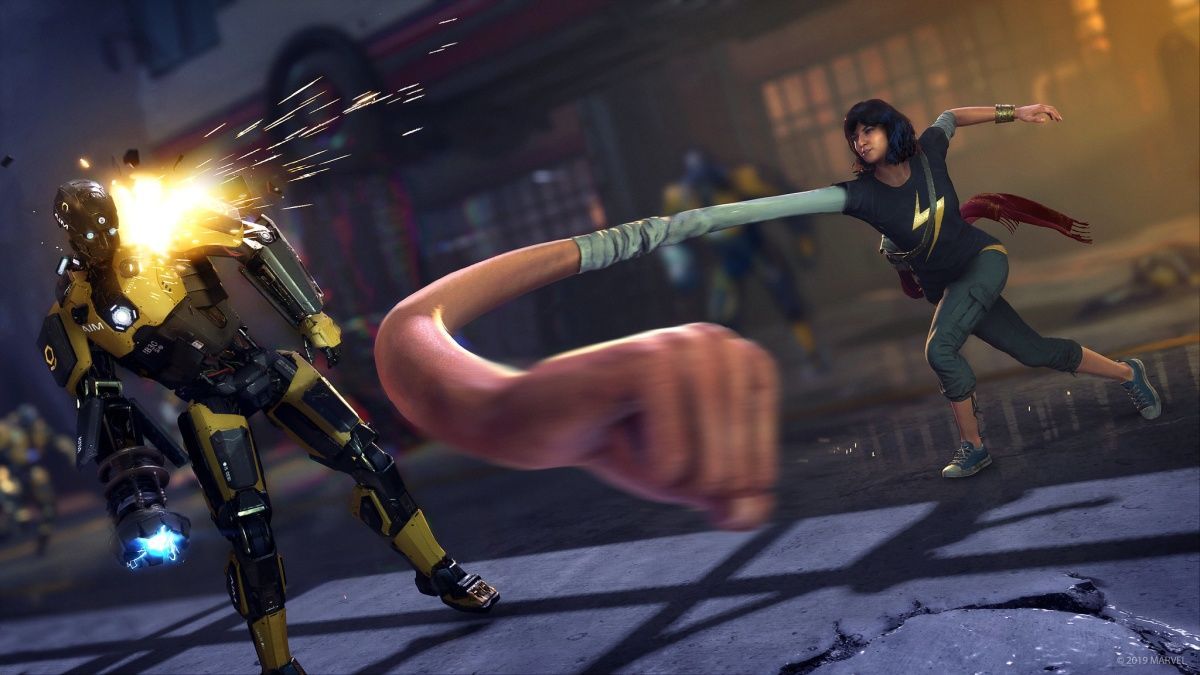 Ms Marvel, just like the other heroes, comes with three special Heroic abilities, a support, assault, and ultimate, that you’ll want to save for tough situations. Like her playstyle, these abilities focus on her strengths of supporting the team and managing groups of enemies.

Her support Heroic is Healing Spirit, which will completely restore both her and the entire team’s willpower bars. This move should be held for when you and your team are in the middle of a boss fight or long encounters where there are no opportunities to heal through other means. Because it’s a full heal you will be tempted to hold it until the last minute, but it’s better to use it a little early than risk losing the chance altogether.

High Five is her assault Heroic where she will expand her hands and clap them together to send out a massive shockwave to damage all enemies. This is a perfect move for when a swarm of enemies ambushes you, or you just need a way out of a bad situation you shouldn’t be in.

Finally, her Ultimate Heroic is Embiggen. With this move Ms Marvel expands her entire body, restoring some health in the process, and all her attacks become more powerful, hit a wider range, and have greater impact. While you may feel invincible while in this state, and you do heal when it activates, you’re not free to stomp around like you’re the Hulk all of a sudden if there’s a boss around. 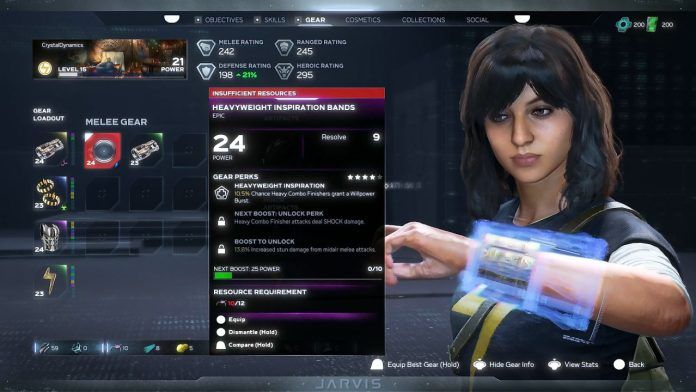 As for stats, the ones you should be looking to buff as you progress are Might, Valor, Intensity. Might simply applies to her melee damage, which she almost exclusively uses to deal damage and will help keep her combos and abilities useful. Valor impacts how strong her Heroic skills are and critical damage. Finally, Intensity makes all of her moves that deal any kind of status effect, like Stun, better, plus improves her resistance to any statuses. Resilience is another option, but if you are staying in the mid-range with her, dodging and parrying when needed, then you shouldn’t need a straight defense buff too much.

Just like the more seasoned heroes, Ms Marvel’s Specialty skill trees expand upon her Heroic Abilities. Her Embiggen can be made to last longer, have the duration extended by killing enemies, make enemies more likely to drop loot, and more. High Five can also create more drops, generate energy back, and deal more damage. Lastly Healing Spirit can heal more health over time, revive downed teammates, have a larger AOE, and other buffs.

In terms of Mastery Skills, Ms Marvel has the usual increases to melee attacks and takedowns that force different pickups to drop. She can make her whip fist more specialized for single or multiple targets as well as increase drop rates, while the Efficiency skills bring down meter costs, or improving their maximum capacity and regeneration. And to top it off, her Intrinsic skills reduces those ability costs, buffs their effects, and allow her to regain meter through more actions.