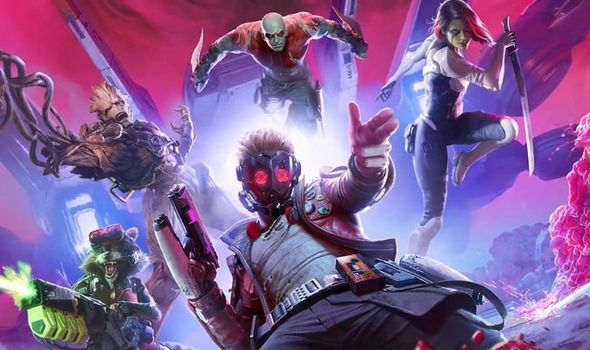 Gaming fans can pick up a free copy of Marvel’s Guardians of the Galaxy with a new offer from NVIDIA.

The upcoming superhero action game has an October 26 release date on consoles and PC.

If you want to pick up a copy of Guardians of the Galaxy for free, then NVIDIA has you covered.

The triple-A blockbuster is being given away with new purchases of GeForce RTX 30 Series laptops and desktops.

“Play as Star-Lord and lead the Guardians across the cosmos in Marvel’s Guardians of the Galaxy, arriving October 26th with ray-traced reflections and NVIDIA DLSS.”

As NVIDIA points out, Guardians of the Galaxy will also appear on GeForce NOW, which means you can stream it on other devices.

“GeForce NOW gives your low-end rig the power to stream Marvel’s Guardians of the Galaxy from anywhere.

“Lead the Guardians across all your devices, streaming from the cloud. Instantly play your existing PC library from stores like Steam, Epic Games Store, and more.”

Details on where you can purchase GeForce RTX 30 Series products can be found on the NVIDIA website.

As for Guardians of the Galaxy, the game is in development at Square Enix. This means it’s likely to share DNA with Marvel’s Avengers.

One of the bigger differences is the Guardians mode, which sees players direct their superhero partners in battle.

“Fire up a wild ride across the cosmos with a fresh take on Marvel’s Guardians of the Galaxy,” reads the official description.

“In this third-person action-adventure game, you are Star-Lord, and thanks to your bold yet questionable leadership, you have persuaded an oddball crew of unlikely heroes to join you.

“Some jerk (surely not you) has set off a chain of catastrophic events, and only you can hold the unpredictable Guardians together long enough to fight off total interplanetary meltdown.

“Use Element Blasters, tag-team beat downs, jet boot-powered dropkicks, nothing’s off-limits. If you think it’s all going to plan, you’re in for a world of surprises, with the consequences of your actions guaranteed to keep the Guardians on their toes.

“In this original Marvel’s Guardians of the Galaxy story, you’ll cross paths with powerful new beings and unique takes on iconic characters, all caught in a struggle for the galaxy’s fate. It’s time to show the universe what you’re made of. You got this. Probably.”