While Marvel’s Midnight Suns is primarily a turn-based tactical battler, there is much more to the game than just combat. Completing the battles drive the main storyline, as you choose which of your favorite Marvel heroes to take into each battle. But the Abbey, where the heroes are living, can also be explored.

As you explore the grounds of the Abbey, you begin to see its connection to the horrific events that surrounded the Salem Witch Trials. You discover that Hiram Shaw had a church here, and that he was somehow embroiled in this terrible tragedy. Below, we’ll describe where to collect all 12 pages from his journal that are scattered around the grounds.

Six of these Journal Pages can only be collected after you have learned the fourth and final Word of Power. 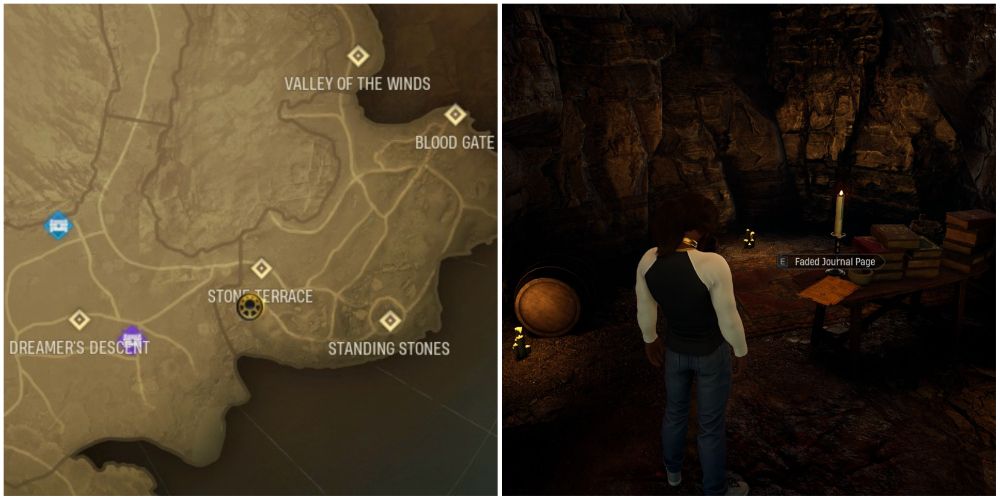 From the Dreamer’s Descent fast travel point, walk a few steps east to Unknown Grave, then a little right up the hill to where there’s a tapestry, table and chairs tucked into a niche in the rock face.

Just before you get to the table, look left and follow the path there into a small cave marked with witchsign. The Hiram Shaw journal page dated October 12, 1688, is inside, on a pile of books on the table. 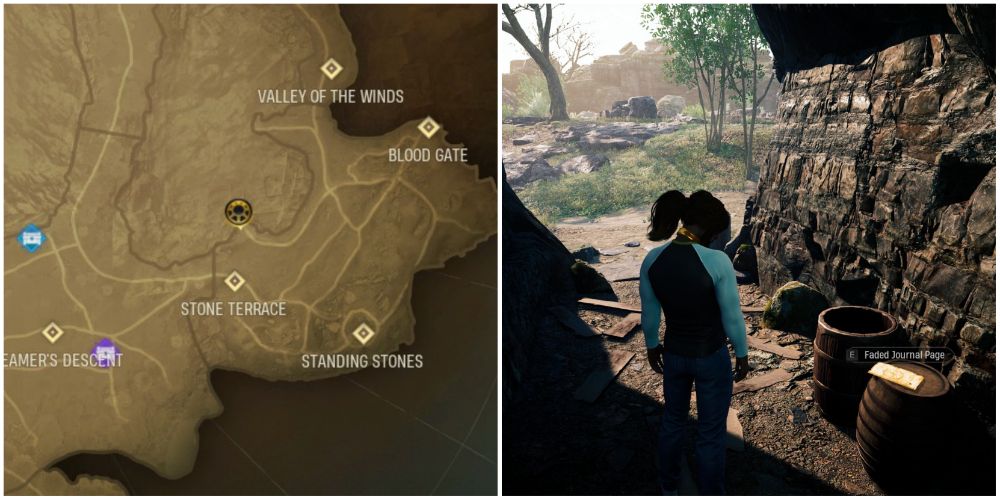 The next journal page is in the cave directly north of the Stone Terrace marker on the map. Run east from the marker, take the left fork north, then almost immediately take the path heading back west until you get to the small cave with witchsign outside. You’ll find the Hiram Shaw journal page dated December 4, 1688, on a barrel on the left as you go into the cave. 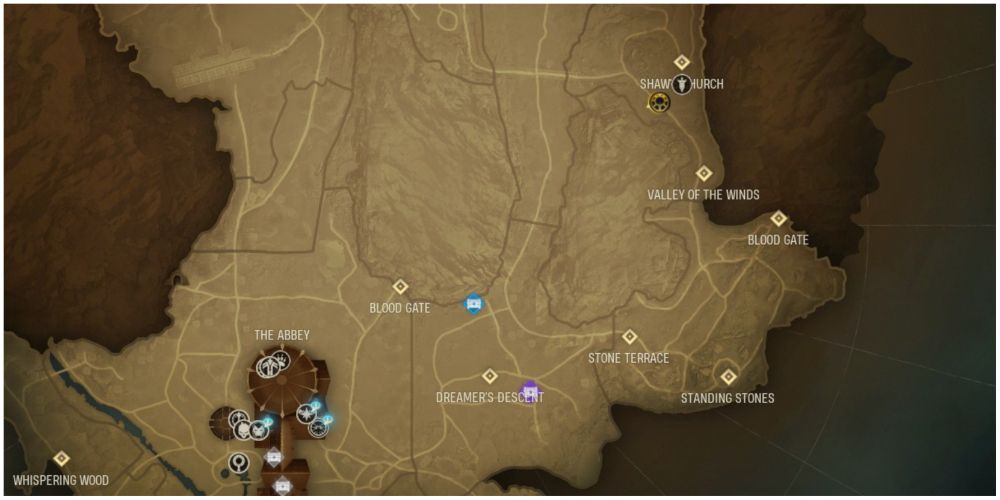 The next four pages are all found inside Shaw’s Church, north of Valley of the Winds. 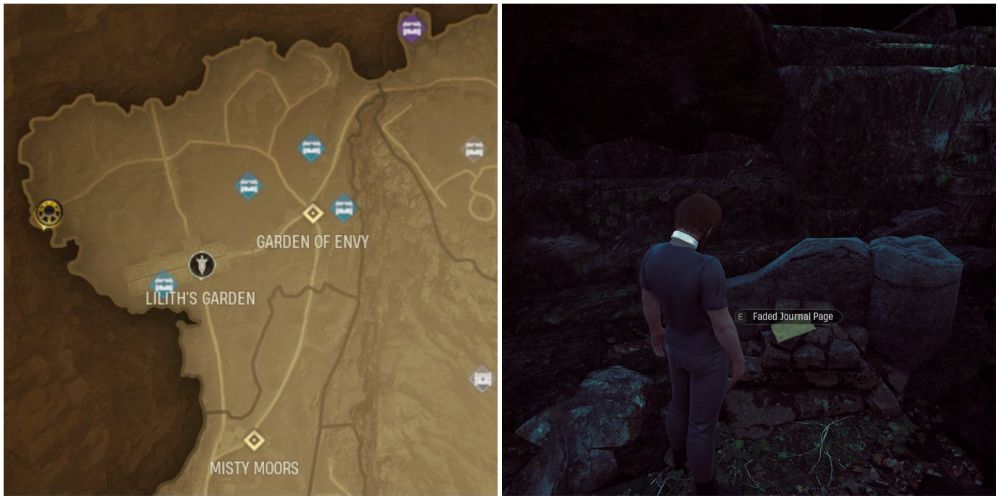 Fast-travel to Garden of Envy and take the path heading northwest. Stay left as you go, slowly turning east, until you get to a large rock fall. Blast in with Power Work Break, then continue along the path and under the bridge. At the end of the path, go straight ahead towards the cliff face. You’ll find the Hiram Shaw journal page dated April 16, 1689, on a small pile of rocks. 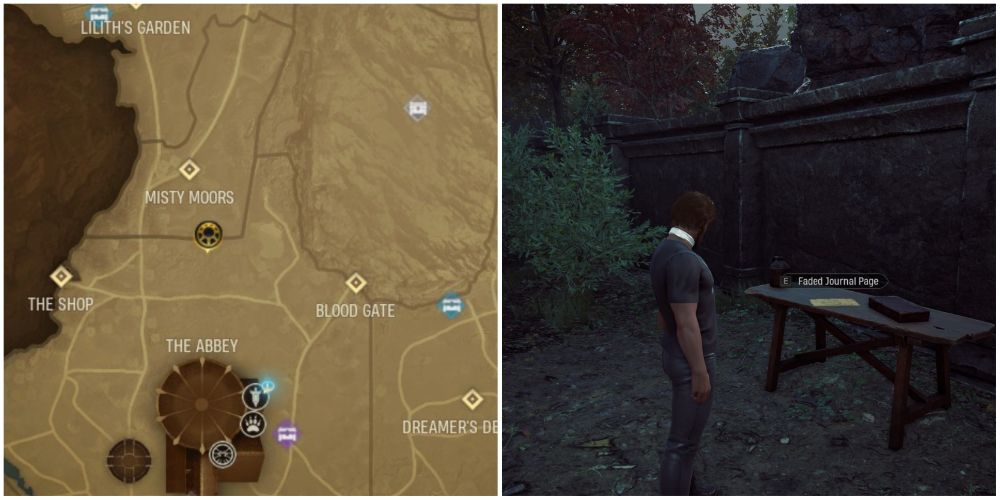 You’ll need to break down the wall northeast of The Shop with Power Word Break. Once past it and into Misty Moors, immediately take a right and follow the wall east. After a short while you’ll see a table placed next to the wall, and the Hiram Shaw journal page dated November 21, 1694, is on it. 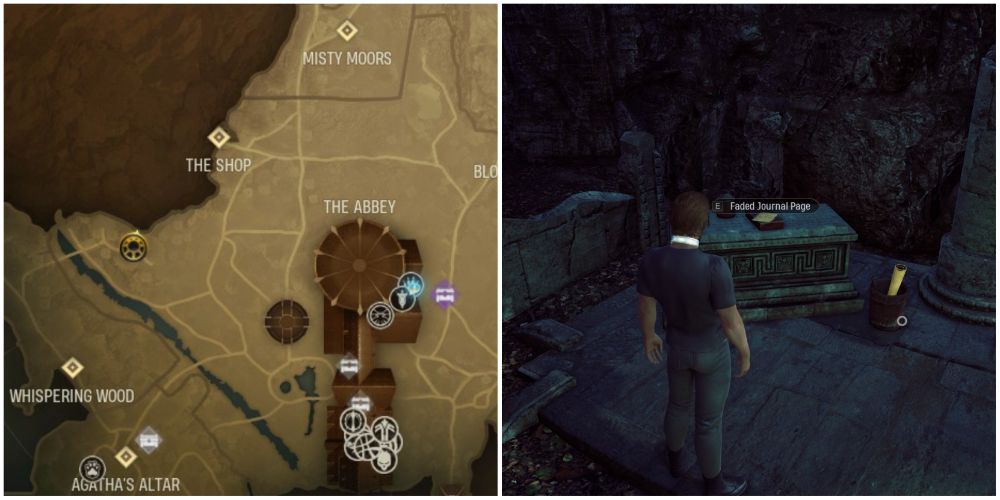 Once you’ve broken down the barrier stopping you from getting to the northwest corner of Whispering Wood, follow the path into it until you get to the fork, and take the right path which leads up to a broken bridge. Repair it with Power Word Reveal and head across. Follow the path on the other side until you see an altar on the left. On it is the Hiram Shaw journal page dated August 15, 1689. 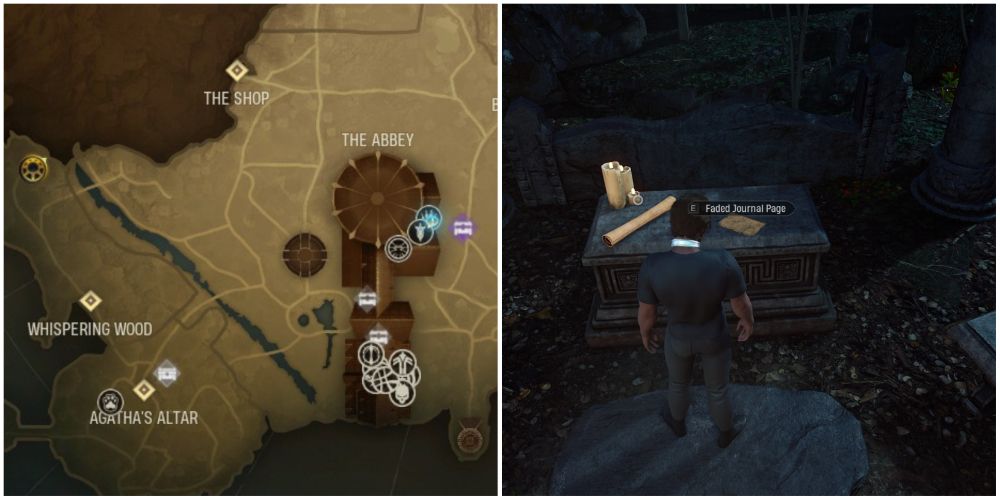 Use Power Word Break to take down the wall blocking the path northwest through Whispering Wood. Once down, follow the path to the very end, where it takes a slight right turn to an altar flanked by two benches. The Hiram Shaw journal page dated June 13, 1690, is on the stone altar. 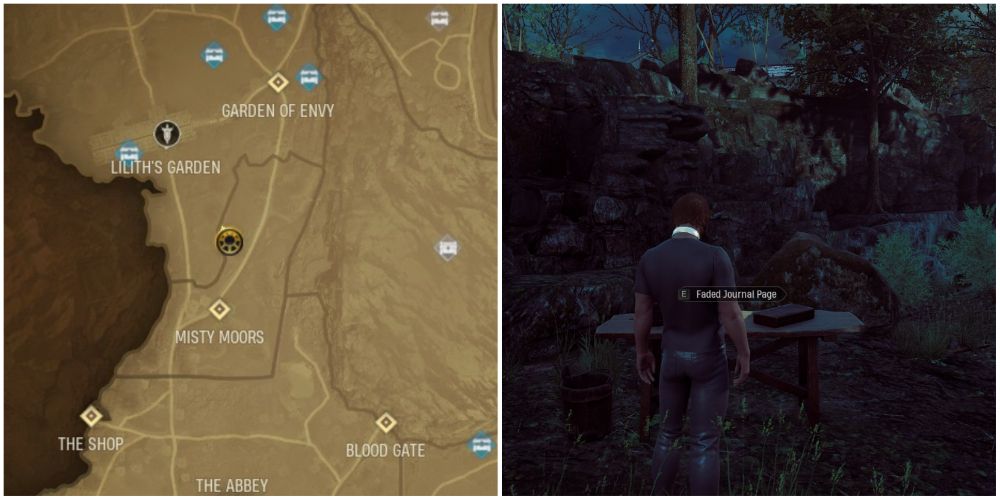 Head northeast from The Shop and take out the wall there with Power Word Break. Follow the path north into Misty Moors, taking the right fork towards Garden of Envy. Look out for a table on the right of the road. On it, you’ll find the Hiram Shaw journal page dated July 26, 1692. 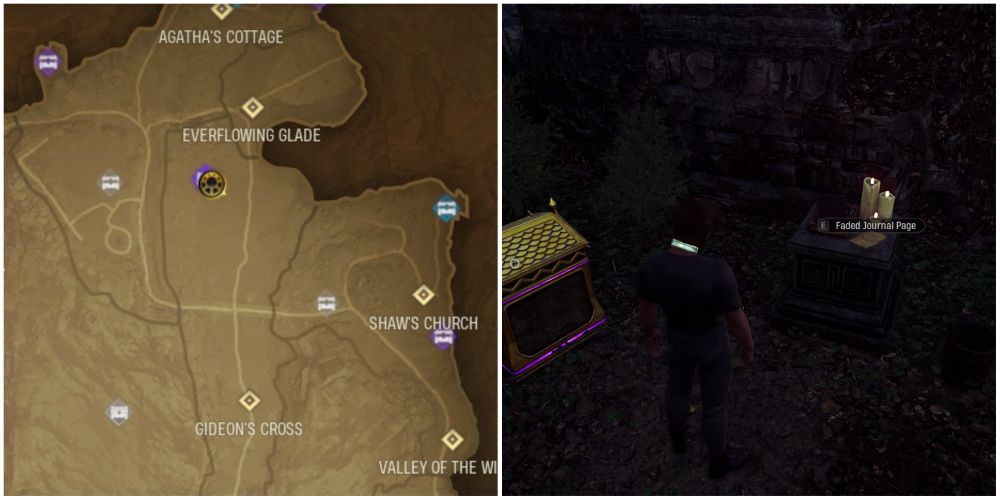 Head south from Everflowing Glade into Gideon’s Cross. After walking down a short slope, you come to a crossroads in the path with a statue to your left. Turn right and follow the path to a wall you can take down with Power Word Break. Inside you’ll find a Hiram Shaw journal page dated November 21, 1694.