I’m ten hours into Marvel’s Midnight Suns, and so far, I’ve gone bird watching with Spider-Man, thrown a birthday party for Magik, went swimming with Ghost Rider, and tried to convince Blade to tell Captain Marvel he has feelings for her. I also punched some bad guys every once in a while, but for the most part, I’ve just been kicking it with my super-powered new roommates, and loving every second of it.

It’s not typically my kind of game. Even the Fire Emblem series, which Midnight Suns is clearly emulating, lost me when it became too much like a dating sim. I love the deep strategy of combat, but I could not care less about tea time with Ingrid. But apparently, when you replace generic anime characters with my favorite Marvel superheroes, I’m suddenly very interested in how everyone feels about Earl Grey.

As a Marvel fan, and especially as someone who grew up reading comics in the ‘90s, It’s hard not to be charmed by Midnight Suns, even when doing the most banal activities. Like the mini-series it's based on, Rise of the Midnight Sons, it’s vaguely set in Marvel’s mid-‘90s timeline, and tonally it tends to take on the campy, carefree attitude of comics from that era. Iron Man is introduced as Roboman with big explosive subtitles, and Stark has your character convinced that Stephen Strange goes by Doctor Spooky. There are tons of references to ‘80s movies – too many, perhaps – and Spider-Man is so awkward it hurts. Even with the inclusion of newer characters like Nico Minoru and Robbie Reyes, it still manages to feel like you’re playing a ‘90s comic – if sentimental, slice-of-life comics had existed back then.

I’ve enjoyed getting to know the characters, even though I feel like I already know them all fairly well. Midnight Suns’ personalizations are solid and authentic, if a bit safe. I think someone who’s not very familiar with some of the more underrepresented characters like Magik and Nico might get a lot out of exploring their backstories while fishing or building bird houses or whatever, but I’m hoping there are some more surprising developments later in the game. With the exception of Blade’s aforementioned crush on Carol, these are the Marvel heroes exactly as you’ve always known them. Having a 20-minute conversation with Spider-Man about taking pictures for the Daily Bugle and his fear that exposing his identity will put the people he loves at risk is cool right now, but in 30 hours (it’s at least 60 hours long) I’m probably going to be skipping a lot of dialogue if there aren’t deeper themes to explore than the basic characters traits of these heroes. 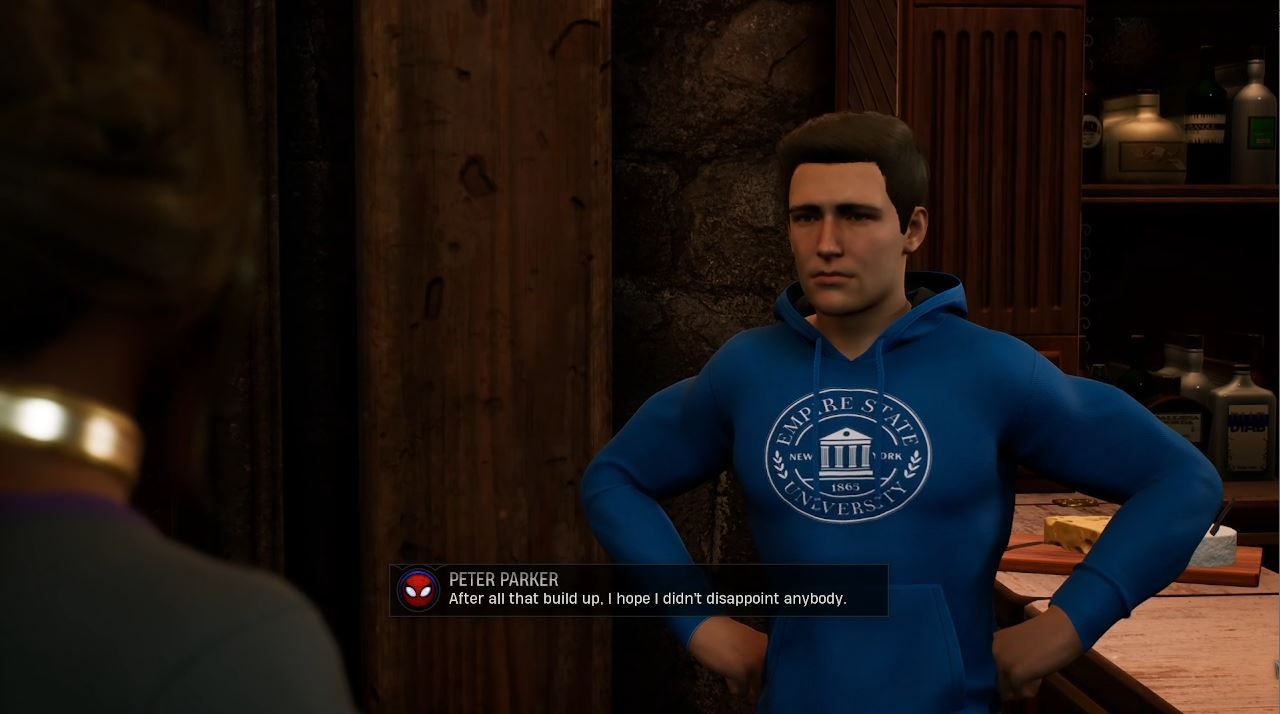 Right, this is also a tactical turn-based RPG. I forgot for a second. I was expecting a fifty-fifty split between life sim and combat, but I’ve spent way more time talking to the heroes and exploring the Abbey after every mission. All of the relationship building does feedback into the combat, since you’ll earn new abilities and passive bonuses as your friendship increases with each hero. You can skip a lot of the apple picking with Wolverine really isn’t you jam, but you’ll be sacrificing a lot of power by doing so. And honestly, who wouldn’t want to go apple picking with Wolverine?

I’m pleasantly surprised by the depth and complexity of combat, even this early in the game. The card-based system gave me some reservations because it seemed limiting to its overall strategic potential, but I haven’t found that to be the case in practice. It has a fresh take on turn-based tactics that eliminates the tedious parts of the genre for a more action-oriented experience. You don’t have to worry about keeping your team behind cover or breaking sight lines, which wouldn’t have fit with the superhero-style of combat anyway. Your heroes automatically reposition when you use abilities so that they’re always in position to attack their targets either with their powers or by using the environment.

You’re limited to just a few actions per turn – three card plays, two redraws, one movement – so turns are quick, but high impact. Your team of three can get a lot done in a single turn, and their abilities feel as powerful as you’d expect them too. Iron Man can fly in the air and unleash a swarm of missiles that batter every enemy on the field, while Ghost Rider can create open pits to hell and fling people into them with his chains. Each character's playstyle is unique, and it's easy to see which heroes synergize together well. Despite making a completely fresh take on tactics, Firaxis has managed to land in the easy-to-learn, hard-to-master sweet spot. 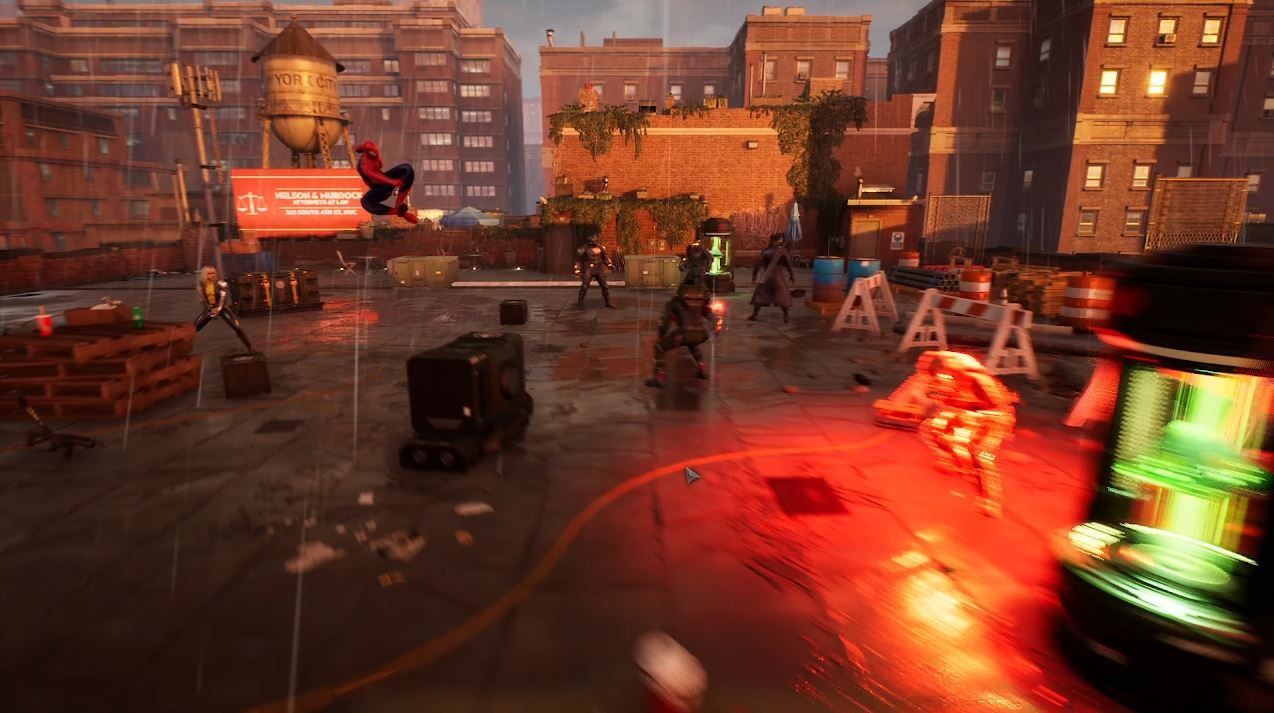 I can’t speak much to progression yet this early on. I’ve collected some new, more powerful abilities for several heroes and I’ve combined a few abilities together to make stronger versions, but I haven’t felt the effects of that growth yet. You can mix up the heroes you use as often as you’d like – and you’re often encouraged to, without fear that any of them will get left behind. Characters automatically level up even if you don’t use them, and you can earn new powers for heroes by spending time with them in the Abbey, even if they never actually hit the battlefield. I’m hoping to see my strongest characters that I spend the most time fighting with start to pull ahead and develop significantly stronger abilities later on.

Other games have tried to pull in disparate audiences by promising they have something for everyone, but it rarely works out. Games that focus on doing one thing really well are typically more successful than games that try to do a little bit of everything. As a tactics fanatic who’s surprised by how much I’m enjoying long chats by the fireplace, I’m hopeful Midnight Suns is the exception that actually managed to make two great games in one. It helps that it’s following in Fire Emblem’s footsteps, but the next 50 hours will prove whether it can keep the quality of both games high, or if leaning on The Avengers can only take it so far.