Mass Effect 2's suicide mission is truly iconic, and with good reason. We all remember our first attempt back when the game launched in 2010 – and it was a mess. Forget to upgrade the ship? Jack's dead before you even make it to the Collector Base. Think Miranda would make a good biotic specialist? Yeah, turns out she's not as perfect as she thinks she is.

However, it kind of loses its magic once you've memorised all the options – so let's spice it up a bit. Risky Suicide Mission is a mod for Mass Effect Legendary Edition what does just what the name suggests. Now, the choices you make during the mission are even harder, and force you to consider more factors other than who would do the task well, and who's loyal. It even adds random factors, forcing you to think on your feet.

The biggest change that modder 55tumbl introduces with the Risky Suicide Mission is an individual "readiness" score for each squadmate. Rather than just getting a binary "loyal"/"unloyal" tag for everyone, now their readiness scales from very low to very high. You won't be able to see this readiness score until you go through the Omega 4 Relay, yet you can influence it through romance, loyalty missions, and how often you take them out on missions.

A low readiness score means a squadmate will be more likely to muck up any task you give them. Their skill in that area will still be taken into account, but it won't guarantee success as it does in the vanilla game. However, their readiness score will increase if they successfully pull it off, meaning teammates who aren't very confident might be a bit stronger by the end of the mission. 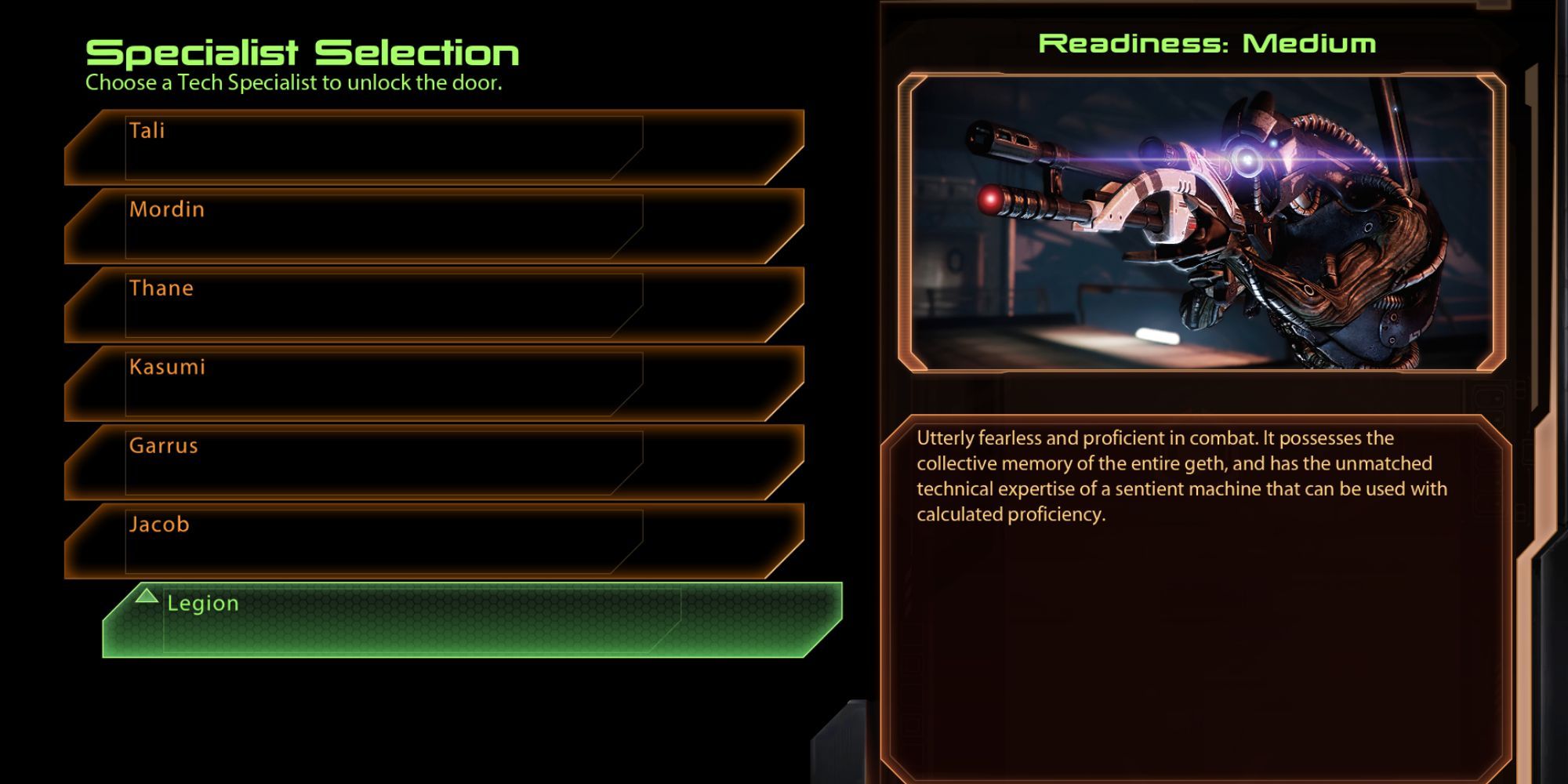 If they're not ready, then it could still get real ugly for them. Even if you don't assign them any work to do, they're still at risk. Everyone's individual readiness score will be taken into account when they're left to hold the line, and if they're not ready, then they'll have to hope they're near someone who is, as that might save them. Just don't go taking any weaklings into the boss battle – it won't end well for them.

Overall, it's a much more realistic system than what the base game offers, and rewards you for thinking strategically throughout the entirety of Mass Effect 2. It makes sense that a character who has been up against Collector forces before will be better at taking them on at the end of the game, even if they're not loyal.

The mod is available to download over on NexusMods, and has been met with a warm reception from fans. If you can't handle all the loss, the mod also lets you revive everyone at the end.