One of the great things about Mass Effect Legendary Edition is that most of the original DLC that became available for the Shepard trilogy is included as part and parcel of the base game. For Mass Effect 2, this means that as well as additional story missions, you have access to a couple of new squadmates too.

The master thief Kasumi Goto is one of these extra squadmates, and once you receive the dossiers from the Illusive man, you can recruit her by interacting with an advertisement on your right as soon as you enter the Citadel. Kasumi will gladly join your team, but states that Cerberus promised that in return they’d do something for her. And by “they”, read “you”. Here is a full guide on Kasumi’s loyalty mission Kasumi: Stealing Memory.

You’ll automatically unlock this mission after your first meeting with Kasumi in the Citadel.

She explains that a dealer by the name of Donovon Hock killed her former partner Keiji Okuda and kept his neural implant that stores memories, known as a graybox. Kasumi wants your help in retrieving the graybox as it contains important information.

You need to travel to the planet Bekenstein in the Boltzmann system, in the Serpent Nebula cluster. When you land on the planet, you’ll be thrown into a discussion with Kasumi where you can learn a bit more about Hock and Kasumi’s plan. 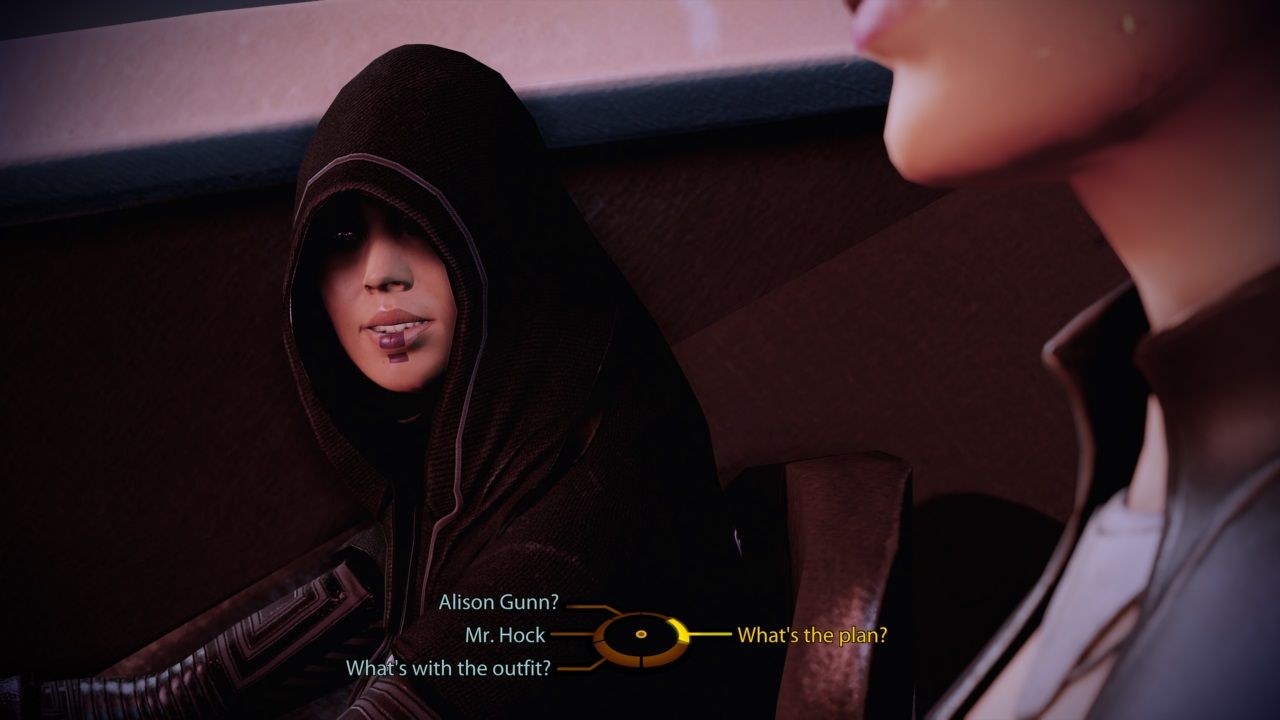 When you arrive at the party, Hock will tell you that Kasumi must stay outside. It doesn’t really matter what you choose at this point as Kasumi will cloak herself and enter the party anyway, so you might as well agree.

Once inside, you can have a look around though Kasumi will remind you that your main focus is to find the door to the vault. Head north and go out onto the balcony to grab a Datapad, after which Kasumi mentions that if she can hack into the guard communications, then she can use the information in the datapad. 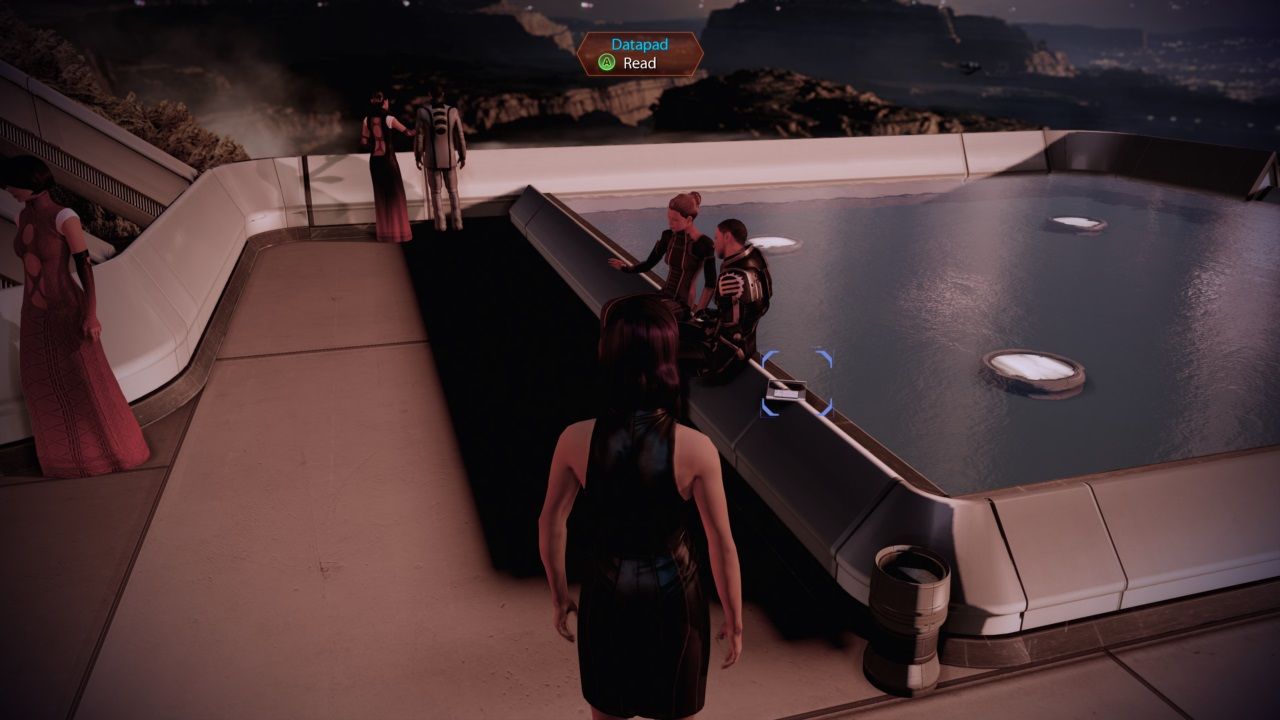 Go back inside and go down either of the stairs on your left or right. Once you interact the door to the vault, you will see a cutscene of Shepard and Kasumi examining the security levels of the vault door. 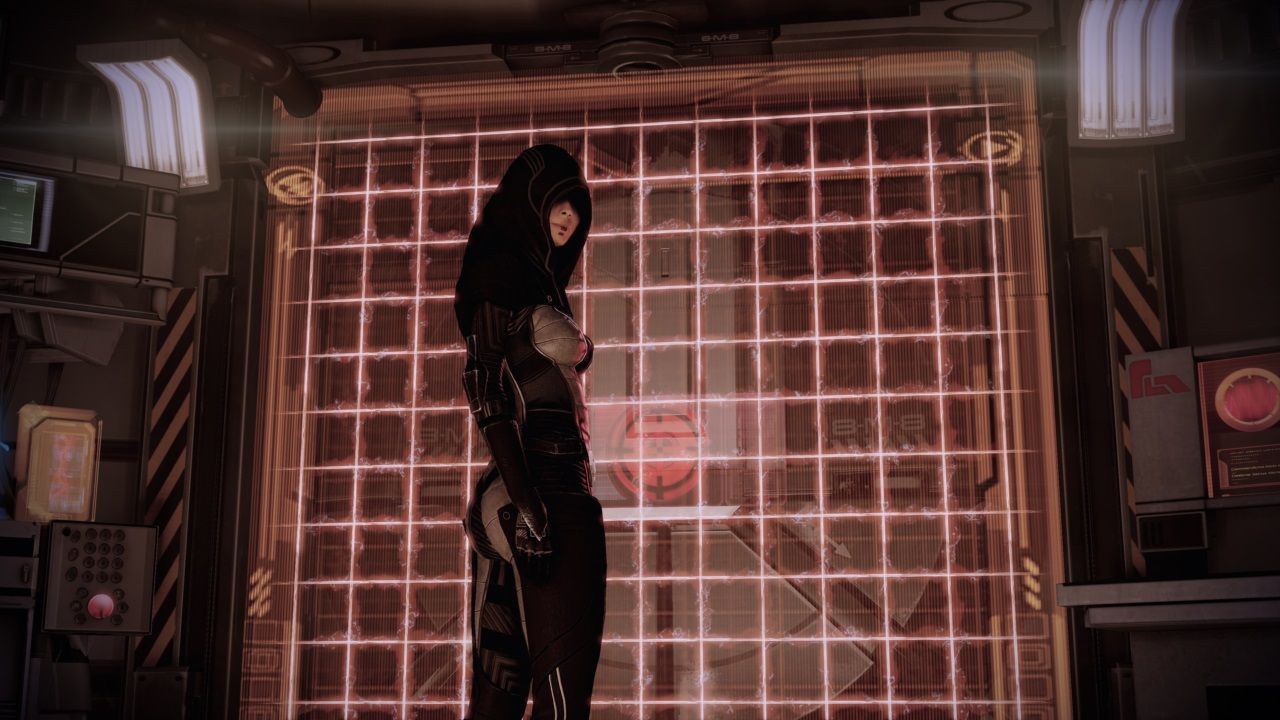 Kasumi tells you that you will need a few things to get into the vault:

First, we’re going to get the DNA. There are two ways to go about this, the softly-softly approach where you trick the guard to let you into Hock’s quarters, or break and entry through the outside window. We recommend the subtle approach as this is also needed to get the required password. 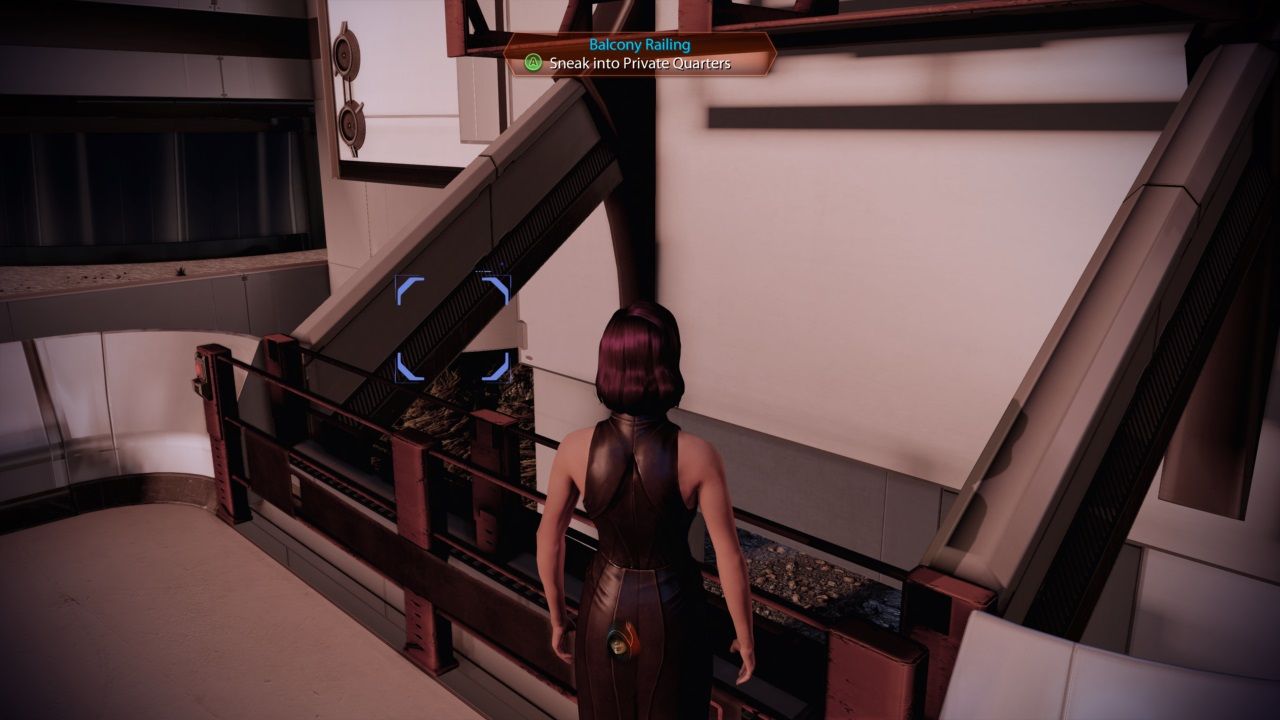 Head outside to the balcony, go to the right, and examine the Balcony Railing to jump down with Kasumi. You’ll have to fight three Eclipse Security Guards, after which you can climb onto a ledge and shoot out a window to get inside.

Additionally, when you leave Hock’s private rooms, you will have to fight a further two guards unless you already encountered them from accidentally setting off the alarm clock or wall safe while inside.

Note: If you go down this route, you still need to access the Security Room as outlined below to get the password for the vault. 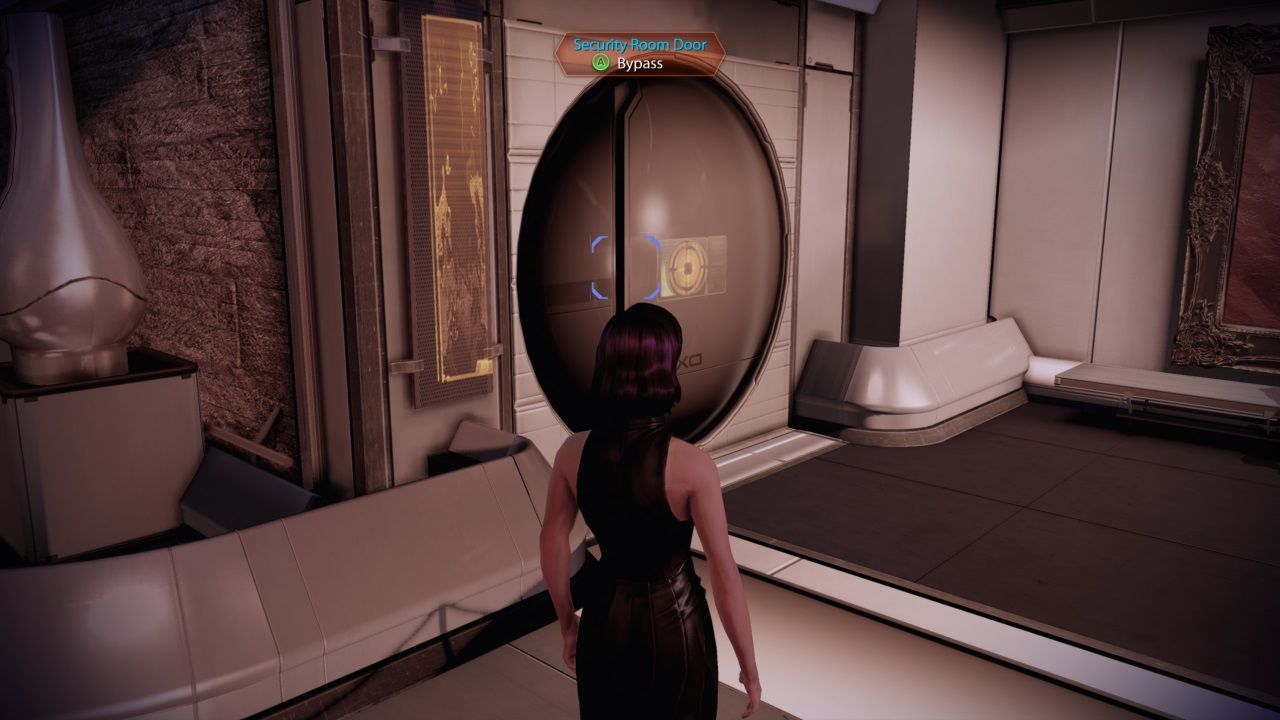 If you want to keep things quiet, head over to the Security Room Door near Hock and examine it for Kasumi to unlock it for you. Once inside, follow the corridor down to the next door, which you’ll need to bypass. Inside this next room, you’ll need to take care of two guards.

Once they’re down, use the Medical Station and Wall Safe to grab some Medi-Gel and credits. Next, examine the Data Pad on the desk to get the password you need (PERUGGIA). 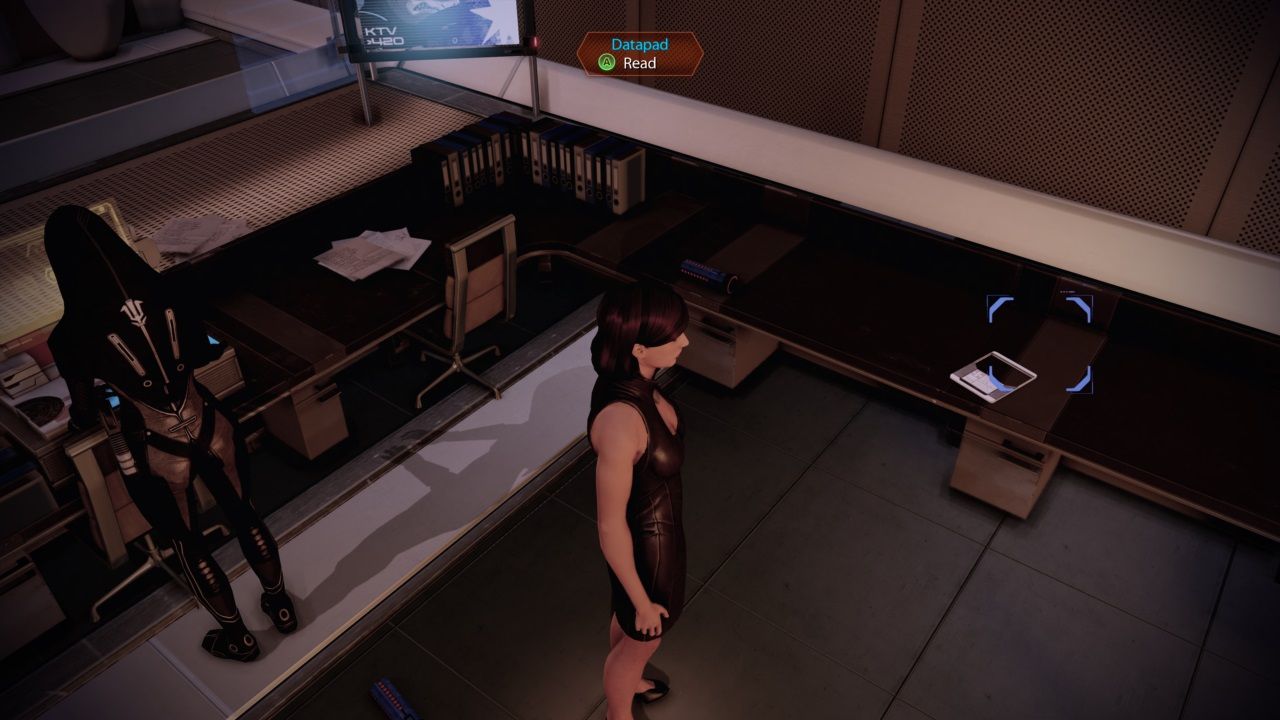 At the back of the party building, towards the right, you will find an Eclipse Security Guard outside the door to Hock’s private rooms. Speak to him and tell him you have clearance to go in on Chief Roe’s authority. He will check in with Roe, but really it’s Kasumi giving the authorization. 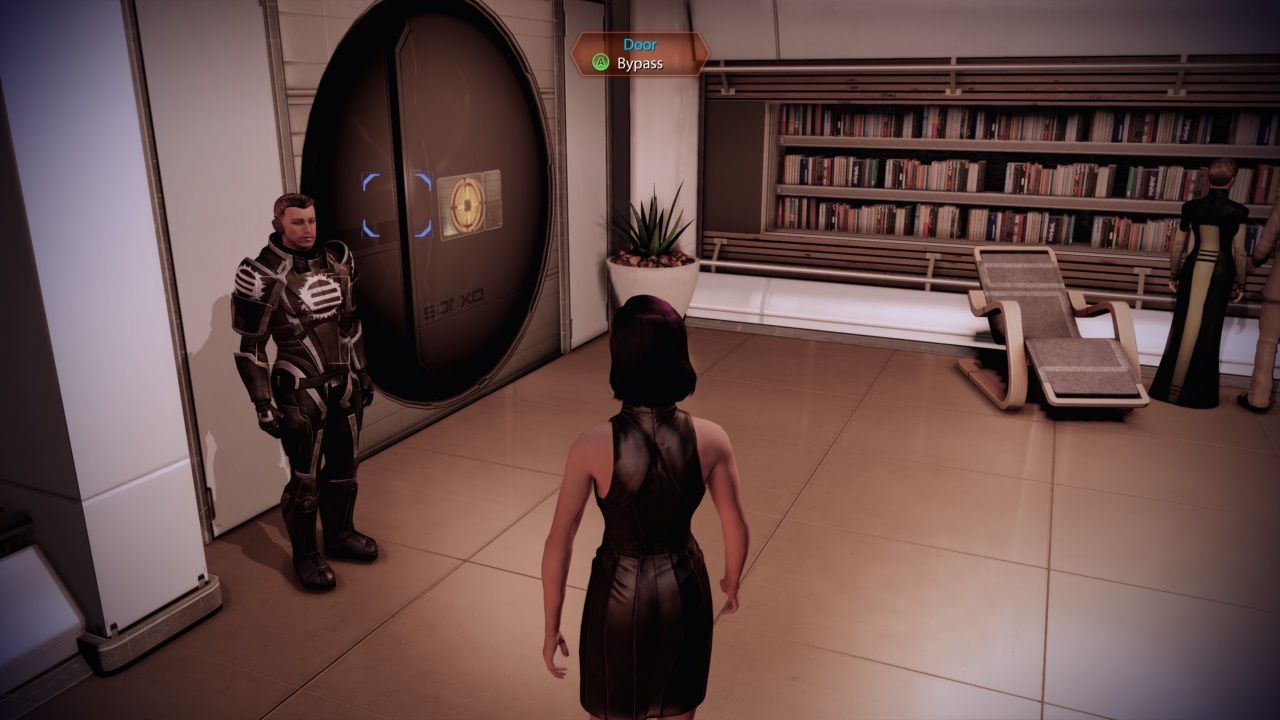 Head through the door and go downstairs and into the only accessible room. Kasumi tells you to find anything you can get DNA from, but to do it quickly and quietly. There are many items to examine, but you can only examine one of each item type. There are also extra items you can learn from or get items from. Here’s a full list: 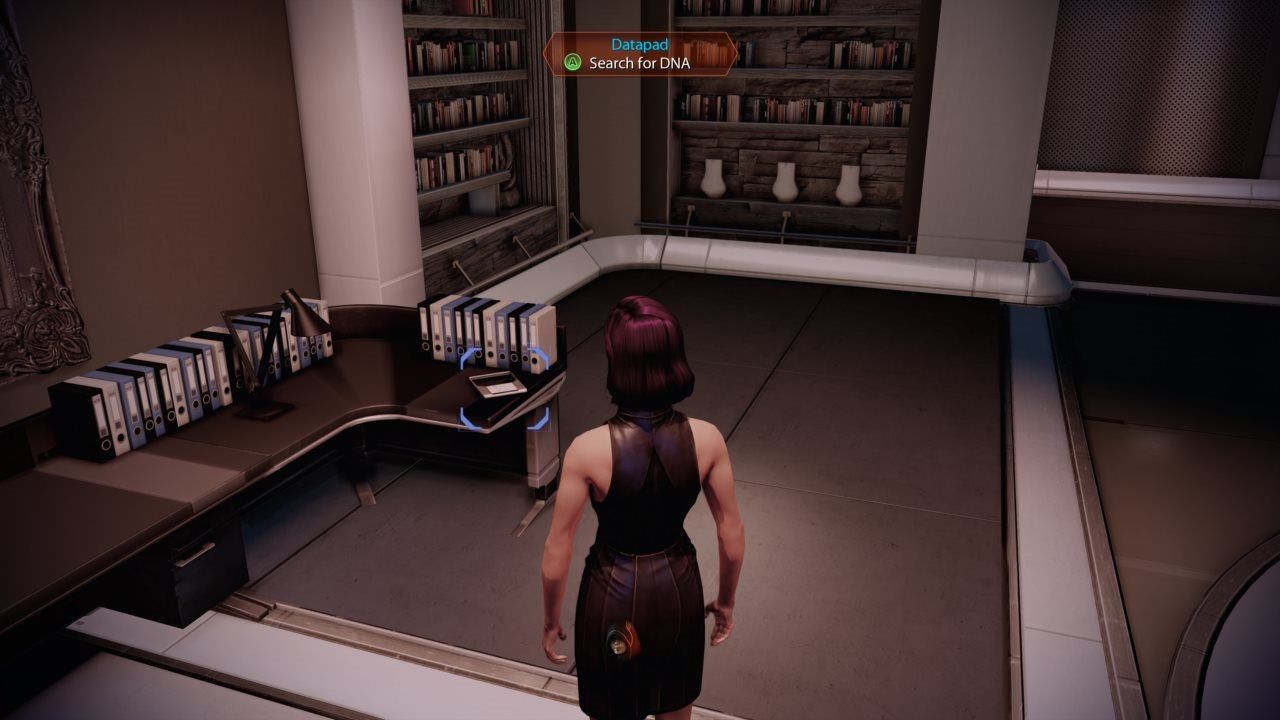 Once you have enough DNA, Kasumi will tell you to return to the party.

Getting a Voice Sample from Hock

If you haven’t spotted him already, you can find Hock in the central area of the party room, just in front of the fish pond. 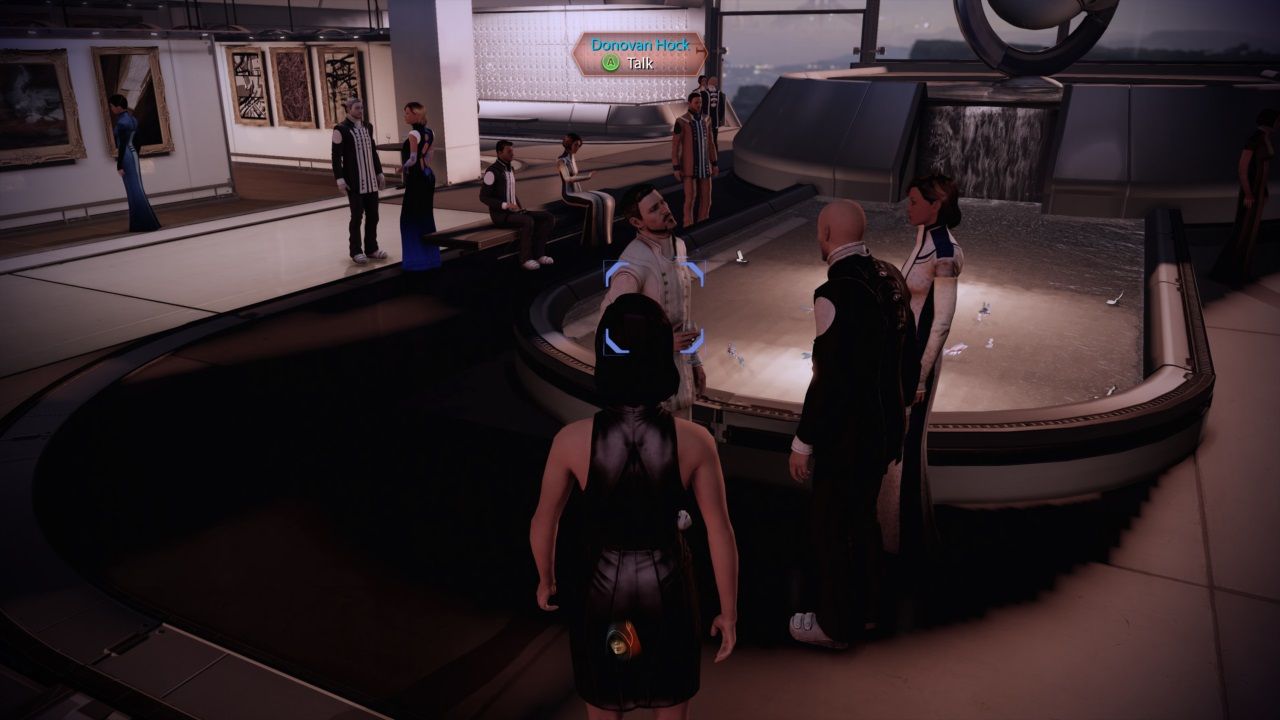 Head back downstairs towards the vault, but don’t go inside. To the left of the vault door is the Kinetic Barrier Power Cable — examine this. 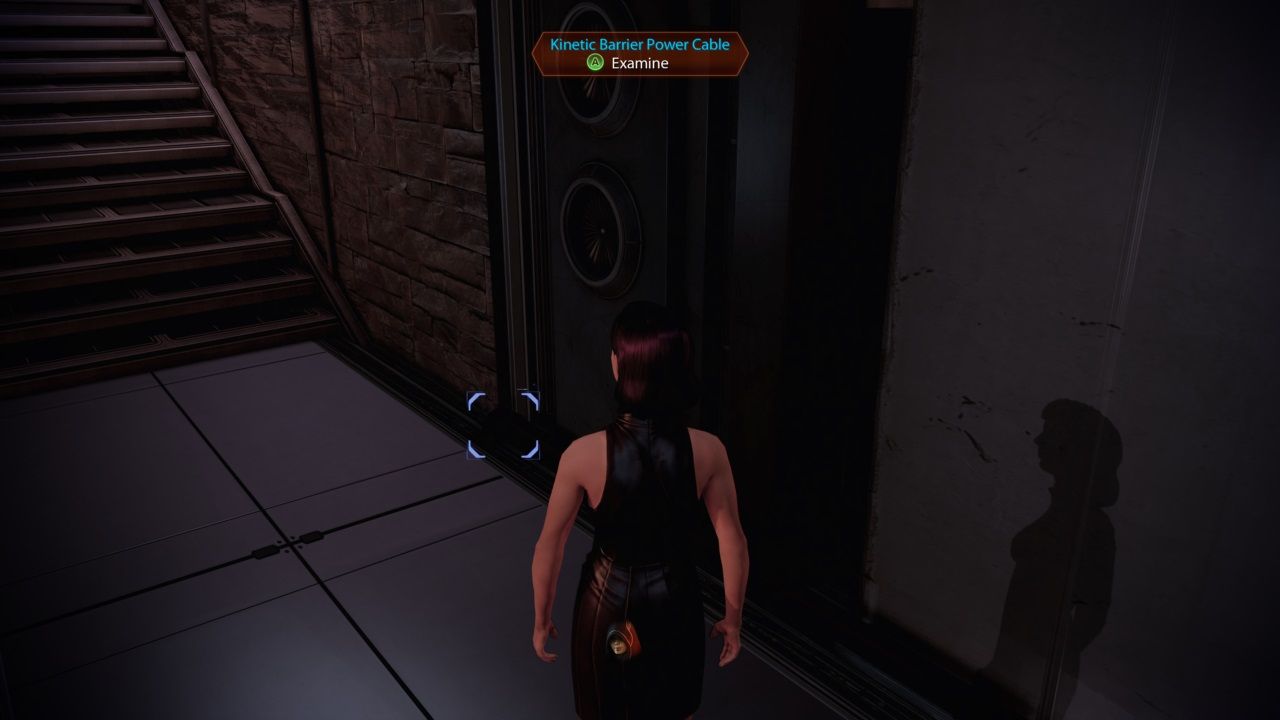 After Kasumi gives your omni-tool a tweak, head back upstairs towards the fireplace (the back left area of the party building) and pull the Statuette to the left of the fireplace. 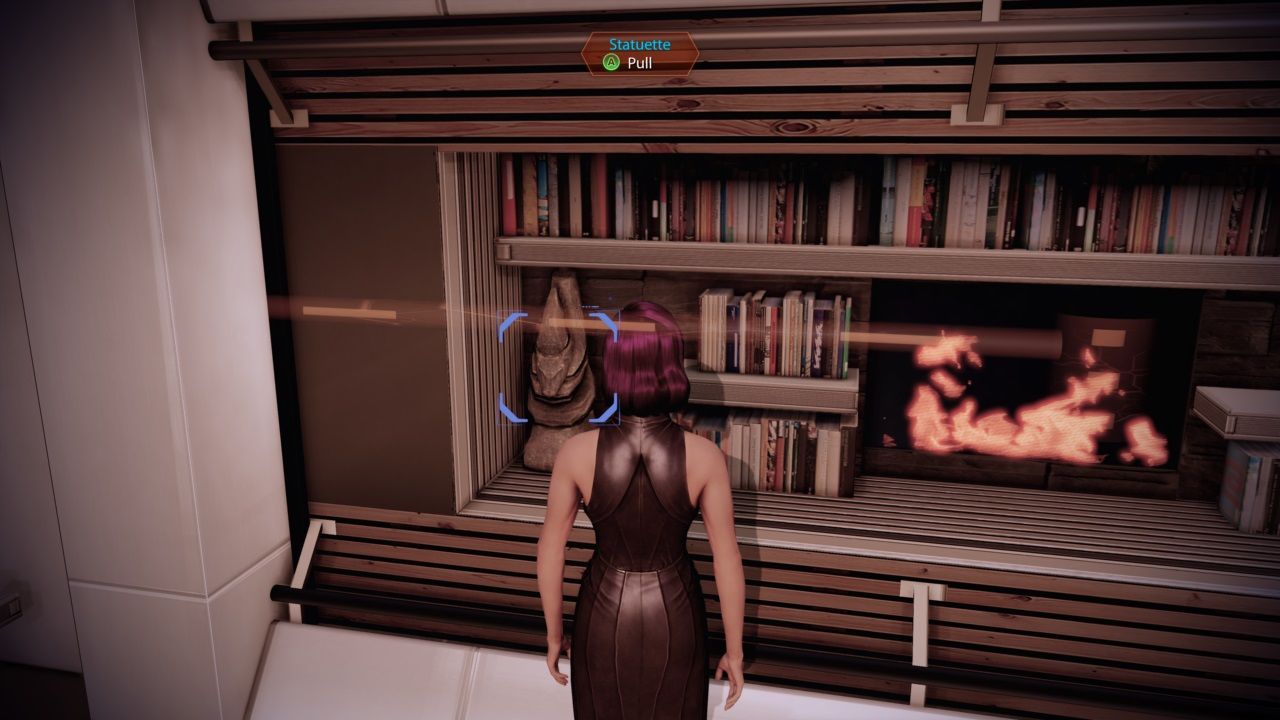 Once everything is done, head back down to the vault and interact with the DNA Scanner to the left of the Secure Elevator, then the Microphone to the right of the door. 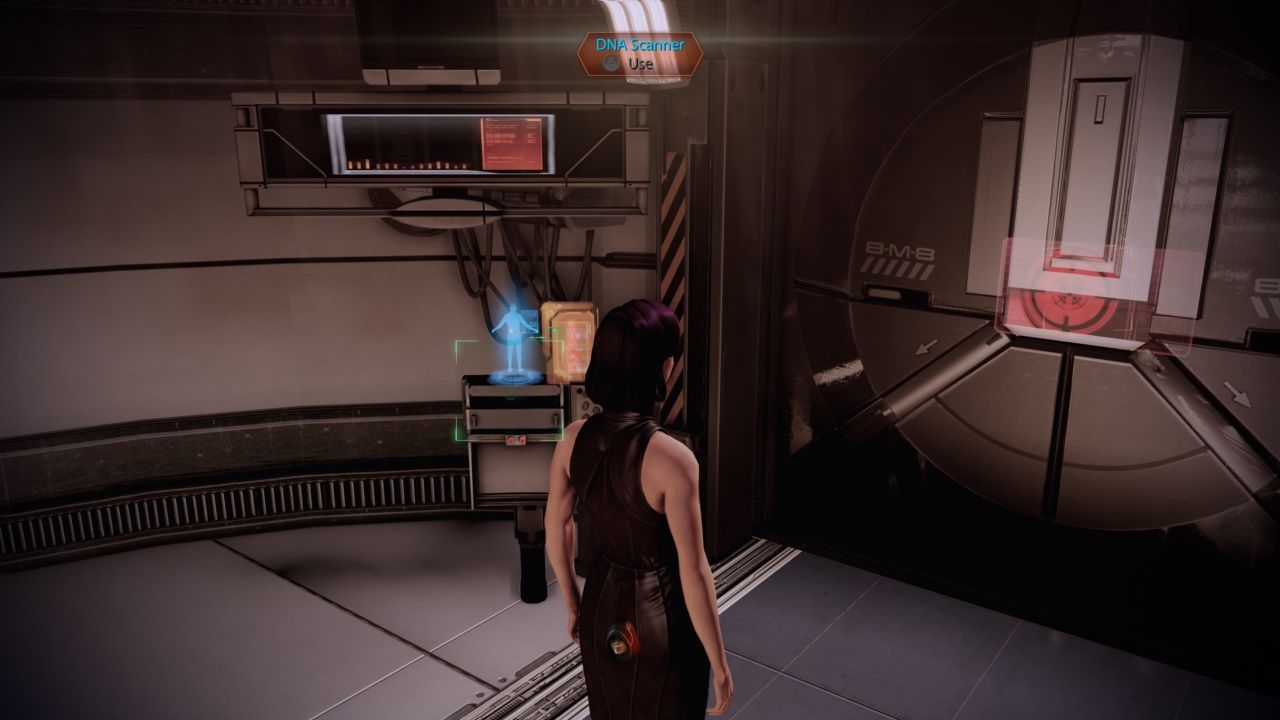 Enter the Secure Elevator. Kasumi will begin checking the security systems while you suit up.

Once in the vault, there a bunch of interesting things that you can examine in this room and you can even grab a codex from examining the Statue of Liberty. 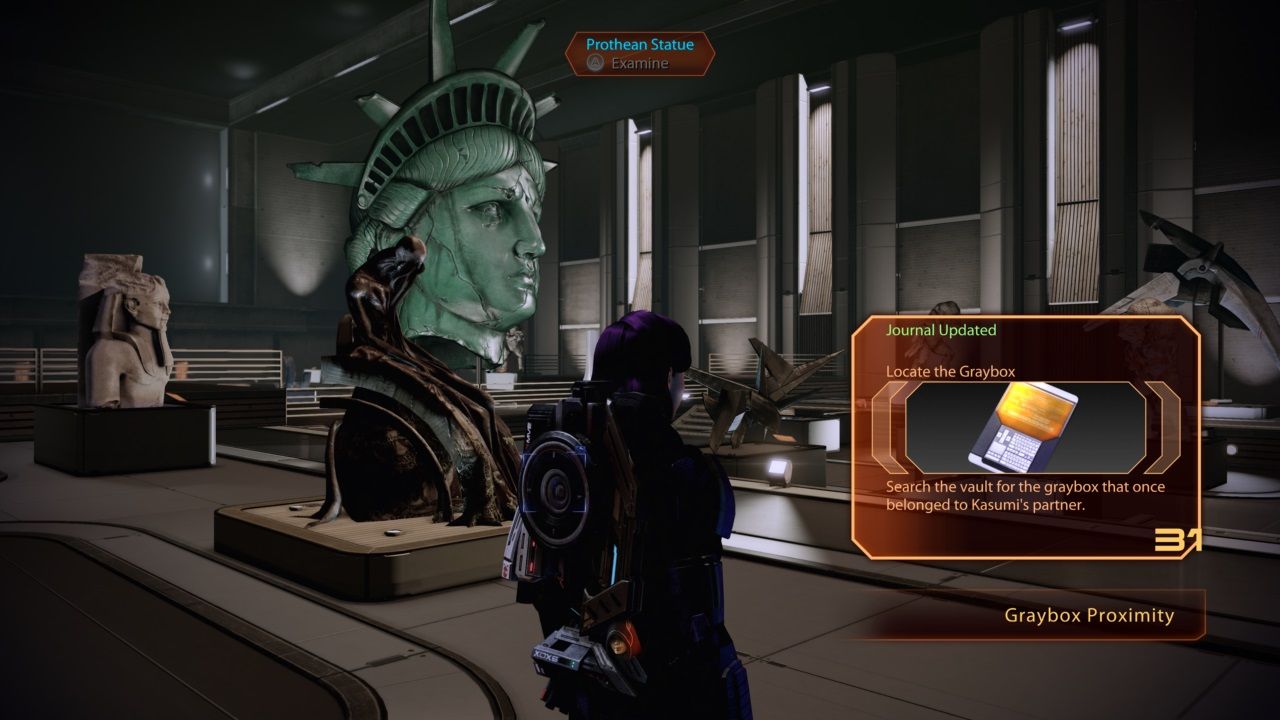 The Graybox is on a pedestal in the lower central area, on the end closest to the Statue of Liberty’s head. Grab the Kassa Fabrications Locust weapons before grabbing the Graybox itself. 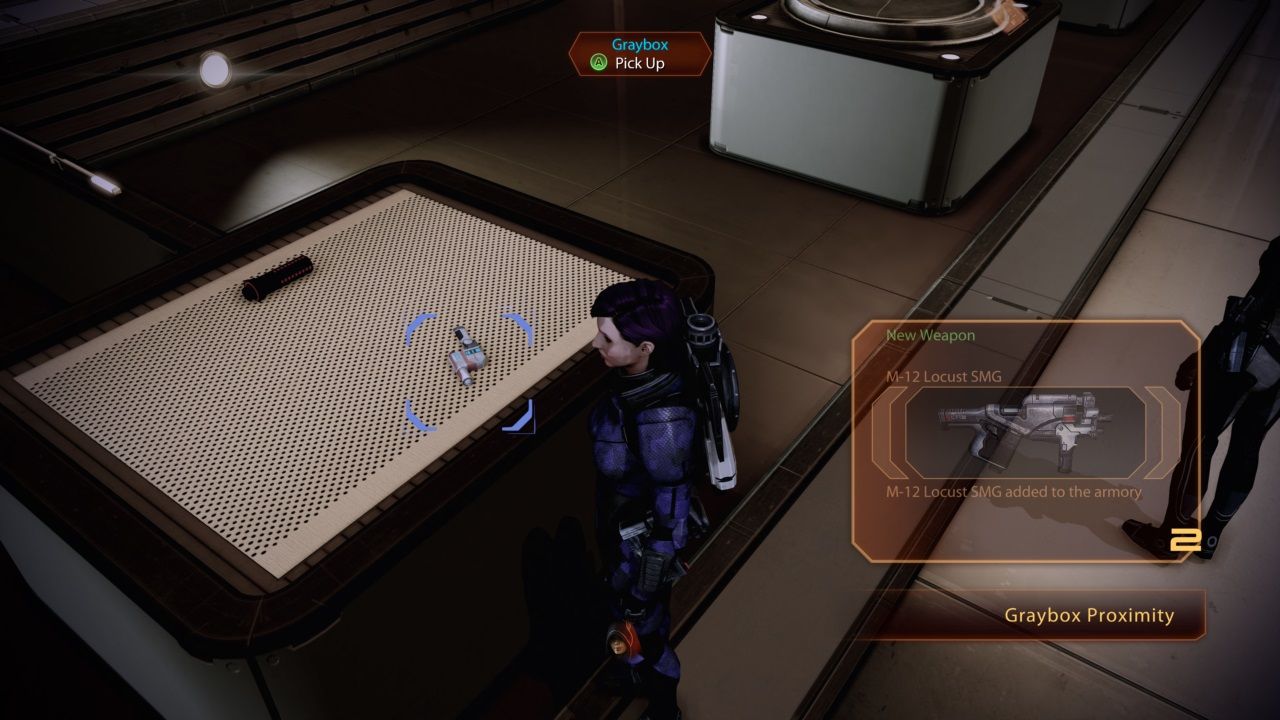 As soon as you pick up the Graybox, Kasumi will begin to try and crack it but Hock’s holographic head will appear and interrupt you. You can use a Renegade Interrupt to shut him up.

Either way, a bunch of guards will arrive and you need to take them down. Take cover and be careful as the guards will try and flank you to do some real damage.

Once they’re down, head towards the door they came through and use the Medical Station to the left of the door before heading through. There’s a Weapons Locker here if you want to equip your new guns. Even if you don’t want to change weapons, access the locker to replenish all of your ammo.

Head through the door for another battle — more guards and a YMIR Mech. The mech won’t ever enter the first area you are in, so just take cover and chip away at its health. 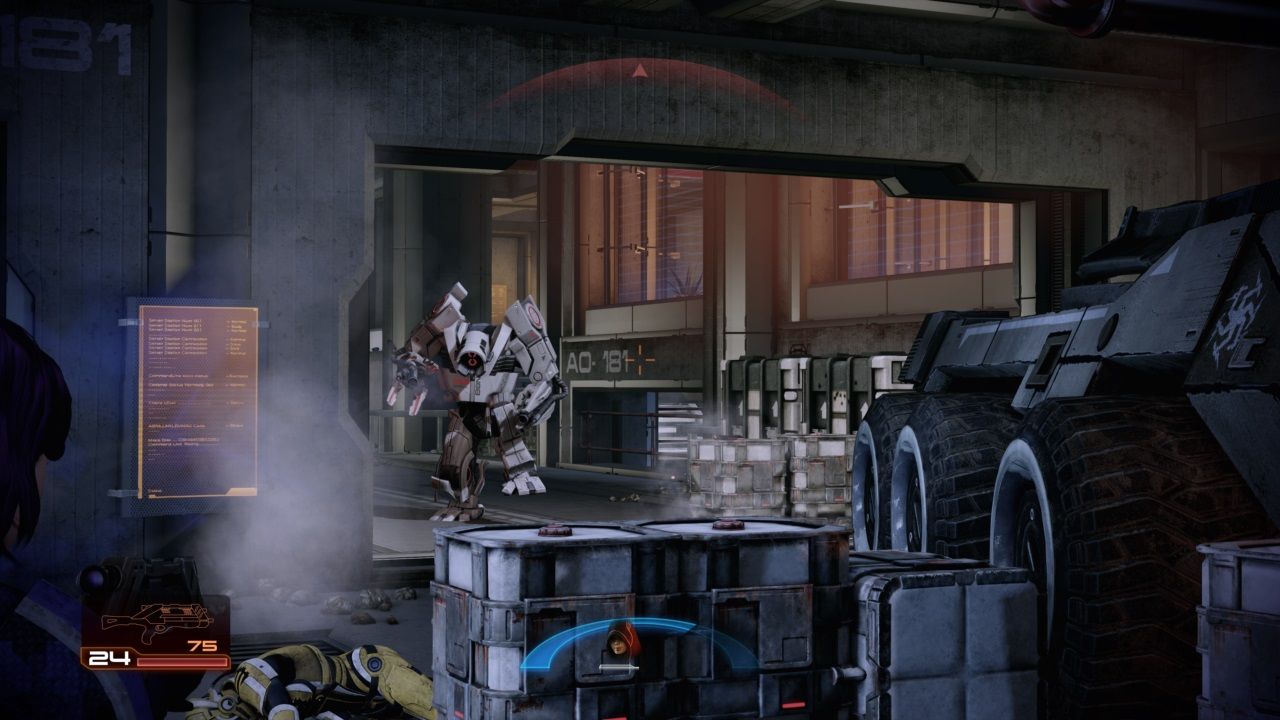 Once you’ve killed them and proceeded forward, Hock will seal you in. Go up the stairs on your right and hack the PDA to get some credits before taking the door on your right.

Continue through into the next area where you’ll need to deal with even more enemies. Once they’re down, head to the back area on the left and kill the other enemies that appear before heading through the door.

On your left are Spare Parts that you can salvage. Turn around and head over to the area in front of you to find more Spare Parts to salvage, Refined Palladium, and a Med Kit. Next, fire the Mass Accelerator Cannon to blast a new way out of this room. 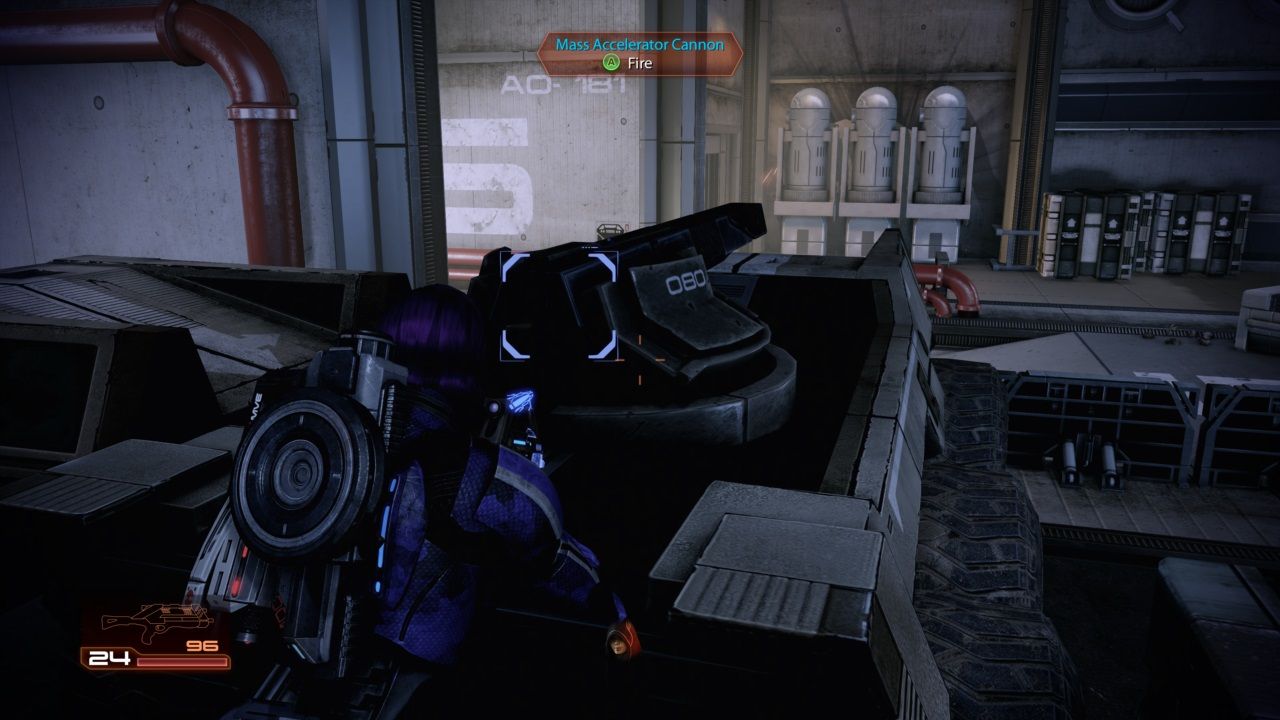 To the left of the truck is the door out, but before you head through, be sure to examine the Dead Merc to get some new research, and use the Med Kit to the right of the door.

Head through when you are ready and take cover as more fighting begins. Once all the enemies are destroyed, there are a number of collectibles in this area. 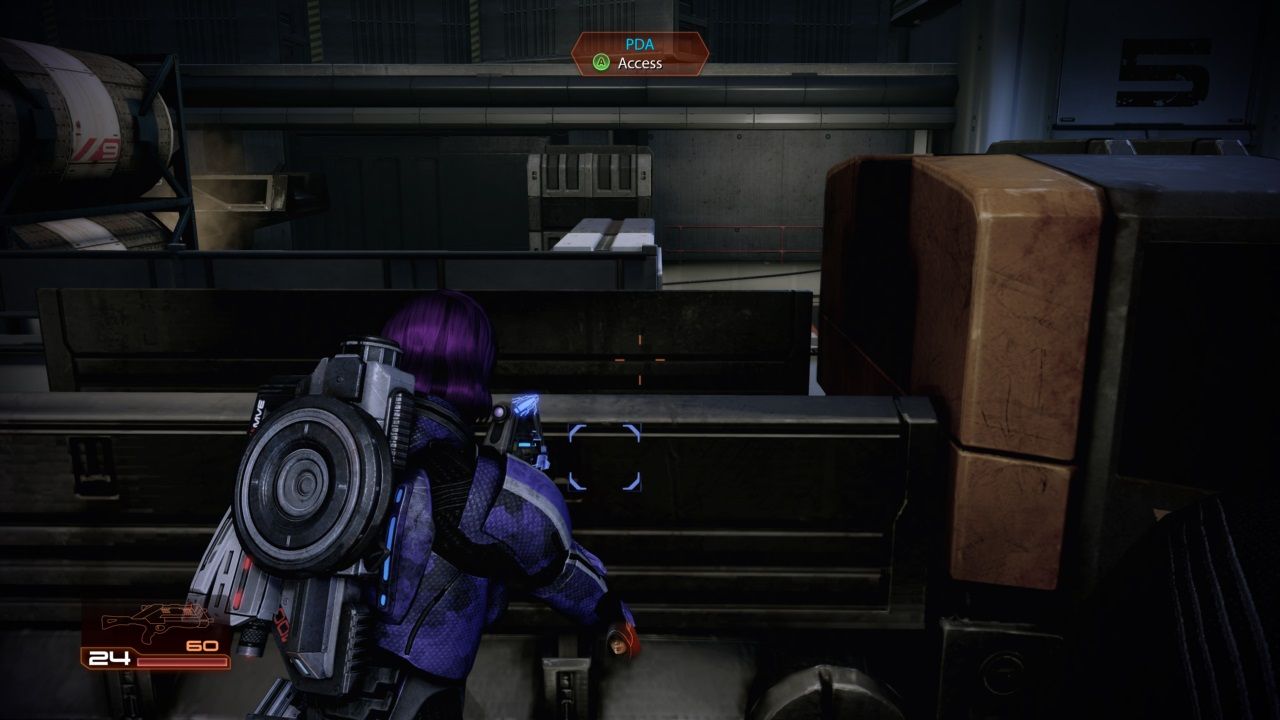 Once you are ready, head through the door at the back of the room and into the next area.

You’re thrown into a boss battle with Hock in a gunship. Other enemies will also periodically appear to annoy you, so take cover and don’t rush forward. There are Med Kits and a Medical Station dotted around this area if you need them. Once you’ve taken down Hock’s shields once, he’ll disappear and then reappear with full shields. This prompts Kasumi into telling you that if she gets close enough she can disable his shields. 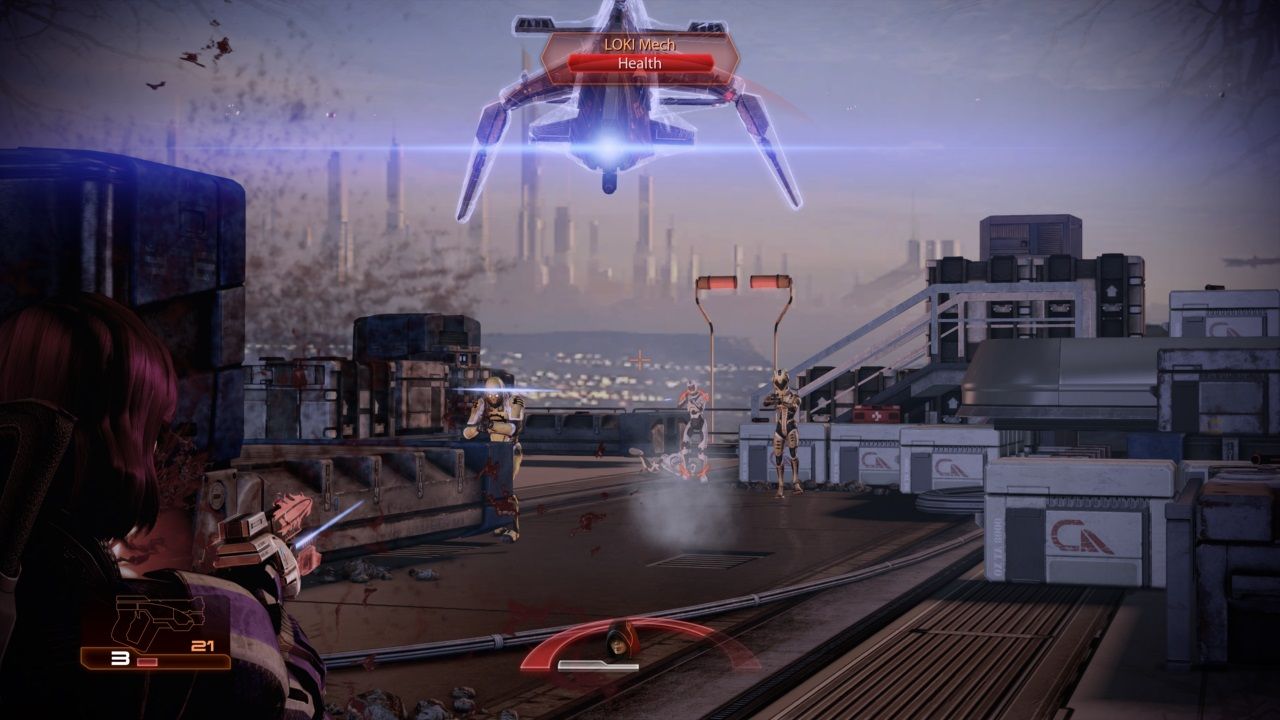 Continue taking out the enemies and eventually, a cutscene will play where Kasumi takes out the shields of Hock’s gunship. Now you just need to take out Hock and his remaining enemies.

Afterward, your shuttle arrives to pick you up. However, before you get aboard, grab any remaining Med Kits and grab the Power Cells from the right side of this area. Return to the Normandy via the shuttle when you are ready.

Destroy or Keep the Graybox? 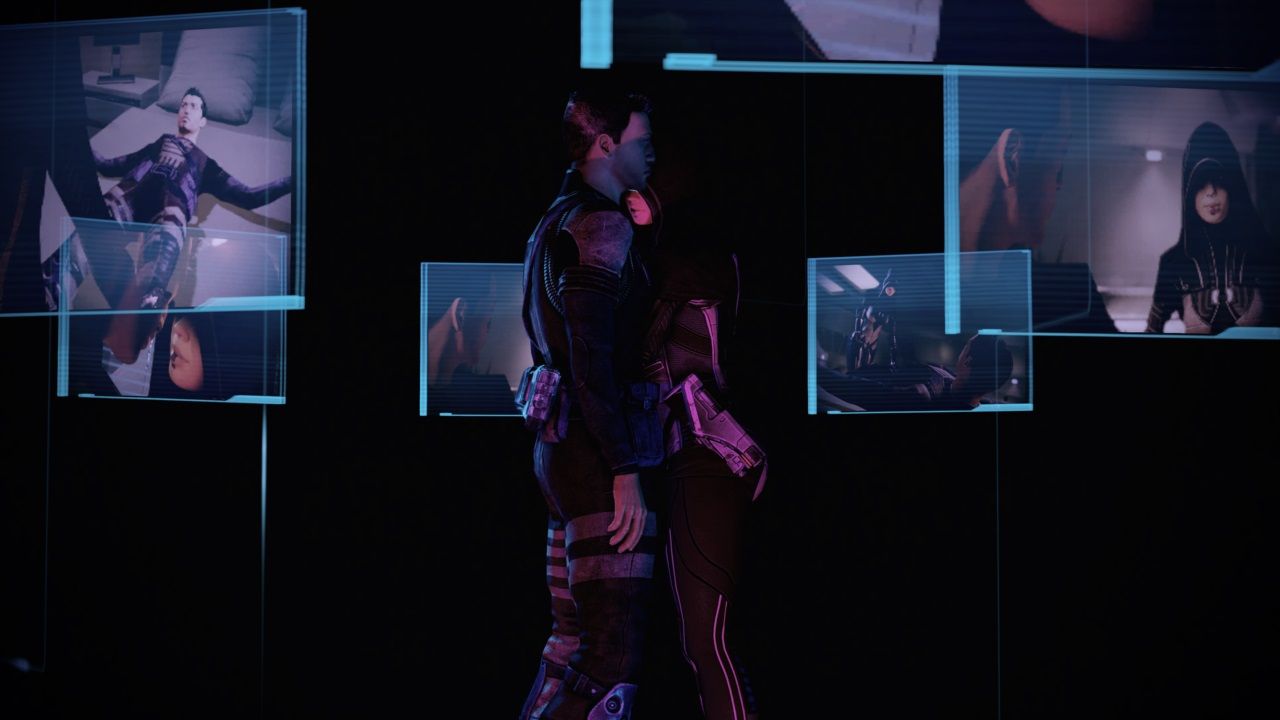 On your way back to the Normandy, Kasumi will access the graybox and the memories will reveal that she and Keiji were in love. The information he discovered is also there and Keiji’s hologram states that if the Council were to uncover it, it would be bad for the Alliance. Keiji’s final message contains his wish for the graybox to be destroyed.

You are now faced with a choice of keeping or destroying the graybox. 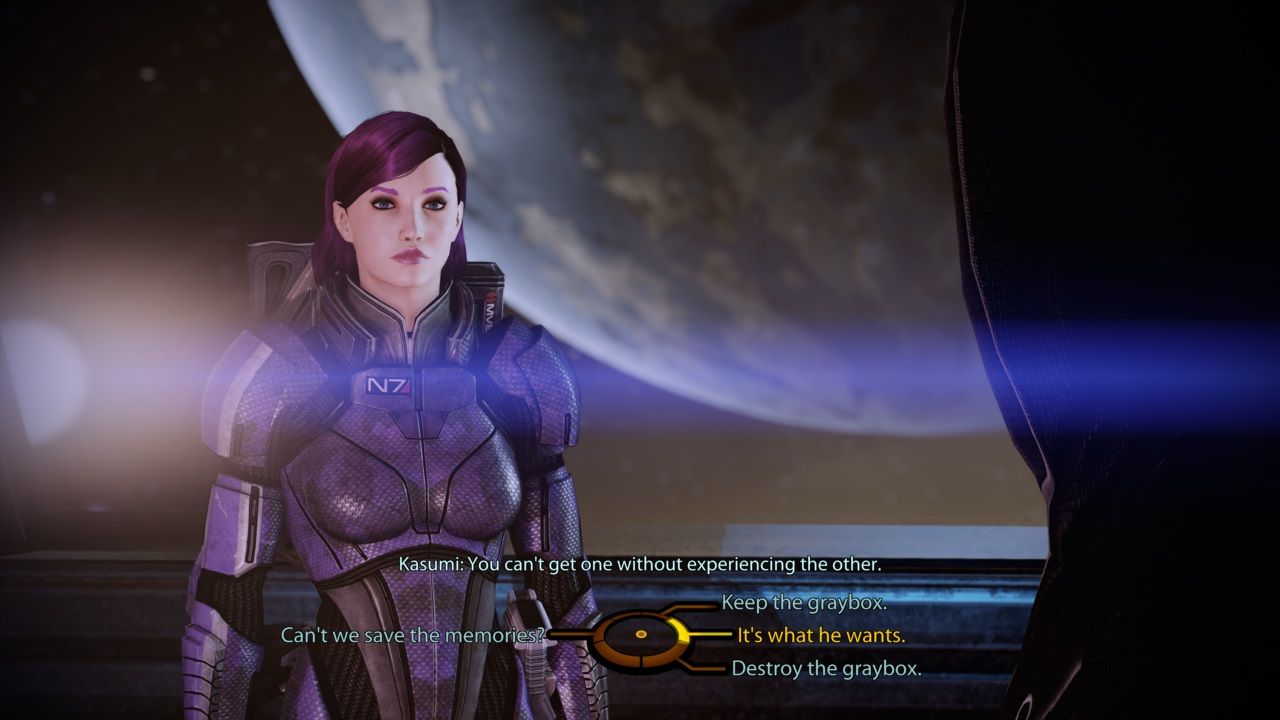 If you let Kasumi keep the graybox:

If you destroy the graybox:

Regardless of whether you destroy the box or not, the important aspect of this is completing Kasumi’s loyalty mission. By completing Stealing Memory, Kasumi will become a War Asset in Mass Effect 3, providing that she survives the Suicide Mission in Mass Effect 2.