McDonald’s made its own PS5 controllers without Sony’s permission 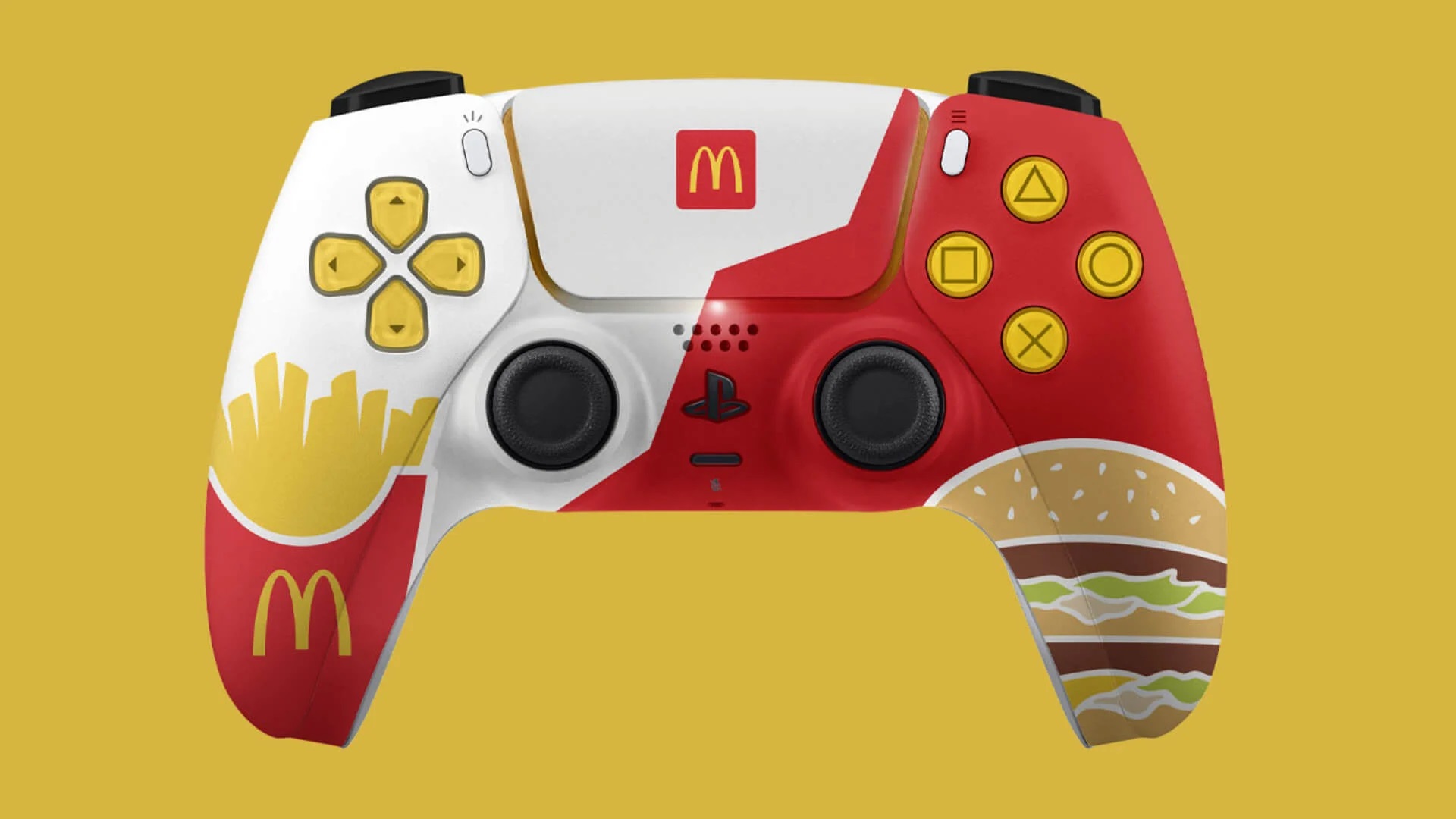 After an intervention by Sony, McDonald’s Australia says it can no longer give away its exclusive PS5 controllers.

Sony has already made a couple of new variants of the PlayStation 5 DualSense controller, but it still only comes in a limited range of three colours. So, as if to pick up some of the slack, McDonald’s made its own themed controllers, complete with some very familiar iconography.

Specifically, it was McDonald’s Australia that came up with the idea. The plan was to give away a limited amount of these during livestreams made to celebrate its 50th anniversary in the country.

Unfortunately for McDonald’s, it looks like those plans have been scuppered thanks to Sony. In a statement to Press Start Australia, McDonald’s says that it will no longer be handing out these controllers and it has had to reschedule the streams.

‘Sony PlayStation has not authorised the use of its controller in promotional materials related to the proposed Stream Week event and we apologise for any inconvenience caused. McDonald’s stream week has been postponed and Sony PlayStation controllers will not be included in the giveaway.’

It’s hardly surprising that Sony would step in to prevent this. CustomizeMyPlates.com, which initially sold different coloured faceplates for the PlayStation 5, had to change its name from PlateStation 5 after Sony threatened legal action and switched to selling vinyl skins instead.

Could McDonald’s have circumvented the issue if it hadn’t used the DualSense controller and had made a unique third party controller instead? Possibly, but no such alternative exists at the moment that also has features like adaptive triggers.

McDonald’s hasn’t commented on what it will do with the controllers it’s already made. Since it can’t give them away or sell them, the idea will no doubt have to be abandoned. Unless it’s continuing to speak with Sony and actually gets permission.

As it stands, the only PlayStation 5 controllers you can get are from Sony itself. And since it doesn’t even sell its own official decals to stick on them, you’ll have to make do with the three available colours for the time being.