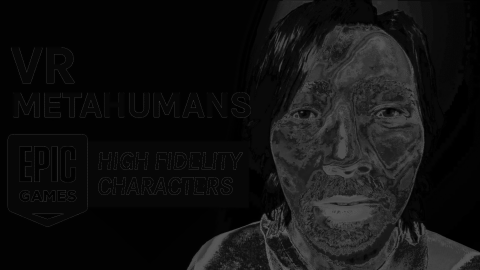 Last week Epic Games introduced its Metahumans Creator for Unreal Engine. Now you can meet the first Metahumans in VR.

YouTuber ETR VR has done a fantastic job adding in VR support for the samples that Epic released last week. You can download ETR’s demo for free here (it requires a PC VR headset) or watch our gameplay below. ETR also documents the work they put into the demo in this video here.

Metahumans are fully rigged, high-fidelity virtual character models designed to bring lifelike humans into videogames. On platforms like PC and next-generation consoles, they can look stunningly realistic. In VR, inevitably, the extra performance power can take a hit on some PCs.

Even with that taken into consideration, though, these virtual characters are still far more convincing than those you’ll see in many other VR applications. Each character’s hair, in particular, looks incredibly authentic and facial detail hits an impressive level. Get up close to a character in the demo and you might just trigger a reaction in your own sense of personal space, which is pretty remarkable.

Hopefully we see Unreal developers use this new tool to deliver more convincing VR characters that we can interact with. It’s a really tricky thing to get right but it can enrich a story if developers pull it off.

In fact, Metahumans make up another piece of the puzzle for the upcoming Unreal Engine 5, which last year showcased an incredibly impressive technical display running on PlayStation 5. We’re still yet to see what the platform could perhaps do specifically for VR, though.