Ahead of its release date reveal at The Game Awards, uh, right now, I sat down with the team at Behaviour Interactive to talk about, and play, upcoming game Meet Your Maker. If you missed that date, it's April 4, 2023. It’s a game built on two simple feedback loops. You build a base, and you raid other bases. The more people your base slays, and the more bases you raid, the more money you have to upgrade your bases and improve your raiding arsenal. It's simple, but has the potential to be incredibly rewarding. Behaviour describes this mash-up of genres as a 'first-person builder-raider'. It's not the most elegant name, but like the gameplay itself, it does the job.

When I sat through a description of the game ahead of the hands on, I was curious but cautious. The narrative is very generic – humans have been replaced by superhumans, who are now fighting for resources at the end of the world. Ostensibly they need these resources to survive, but it seems like the answer is just 'because the player needs something to do'. I braced myself for a very dull and derivative experience, but it never came. Though the story is uninteresting, it's also unimportant, and everything the game needs to thrive is on song. It's like a hyper violent Super Mario Maker, and perfectly taps into the thrill of those impossible levels that would never feature in Super Mario itself because they're too punishing.

Related: Which Characters Would Bring The Drip To The Game AwardsAs well as the building and raiding, the devs tell me there are two other pillars to the game. The first is the social pillar, reinforced not only by the fact all bases are built by users, but by the fact every base can be built or raided in co-op, and the ability to rewatch attempts on your base to learn from them. The fourth and final pillar is progression – Meet Your Maker is a live-service game, and as mentioned above, the loop encourages you to spend what you gain in order to gain more to spend. There were three seasons outlined in the presentation, which seemed to indicate a scoreboard that reset each time, but no further details on what that means or when it might be were offered. 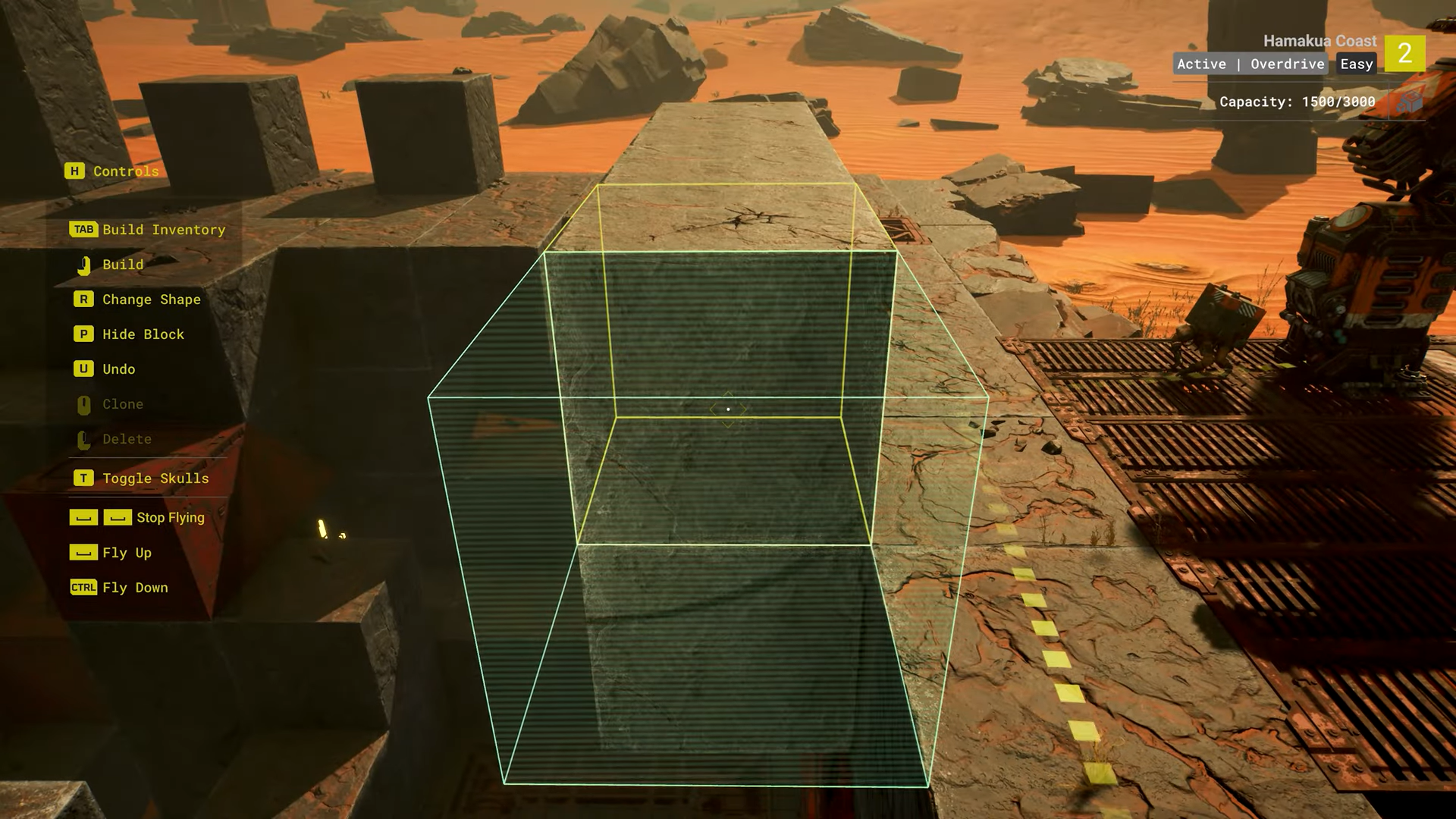 First off, the base building part, described colourfully as Create to Destroy. Technical issues and a steep learning curve meant I didn't fully get to grips with this, but the basic system is, by admission of the devs, "very Minecraft". You build a base with a treasure in the middle of it. It has to be accessible in a linear pattern (so no mazes), but you can include red herrings and open spaces with multiple paths. There's a lot of creativity available here – you add traps that work on a 'line of sight' principle, but of course, they can be placed around a corner or on the ceiling, or even hidden behind decoy blocks so you won't see them until it's too late. Fake lights can be dotted around as distractions too, while certain traps can be upgraded at the cost of having fewer of them. Also, while the base's architecture won't change post-treasure grab, you can set some traps not to go off or guards not to attack until after the treasure has been grabbed, making the escape treacherous.

The building was far more overwhelming than the raiding. I was adding to an existing base knowing the devs themselves would be raiding it, which puts a thumb on the scale, but even without that, the building part of the game asks for a lot more from you. It's a great chance to flex some creative muscles, and while I only scratched the surface, the range of customisation and application of ideas runs deep – but perhaps new players should stick to smaller, manageable builds at first. The game automatically categorises your base on a difficulty scale (easy, medium, and hard but with some badass name thrown over the top), so if you stay in the kiddie pool for now, you don't need to worry about being steamrollered by the hardcore raiders. 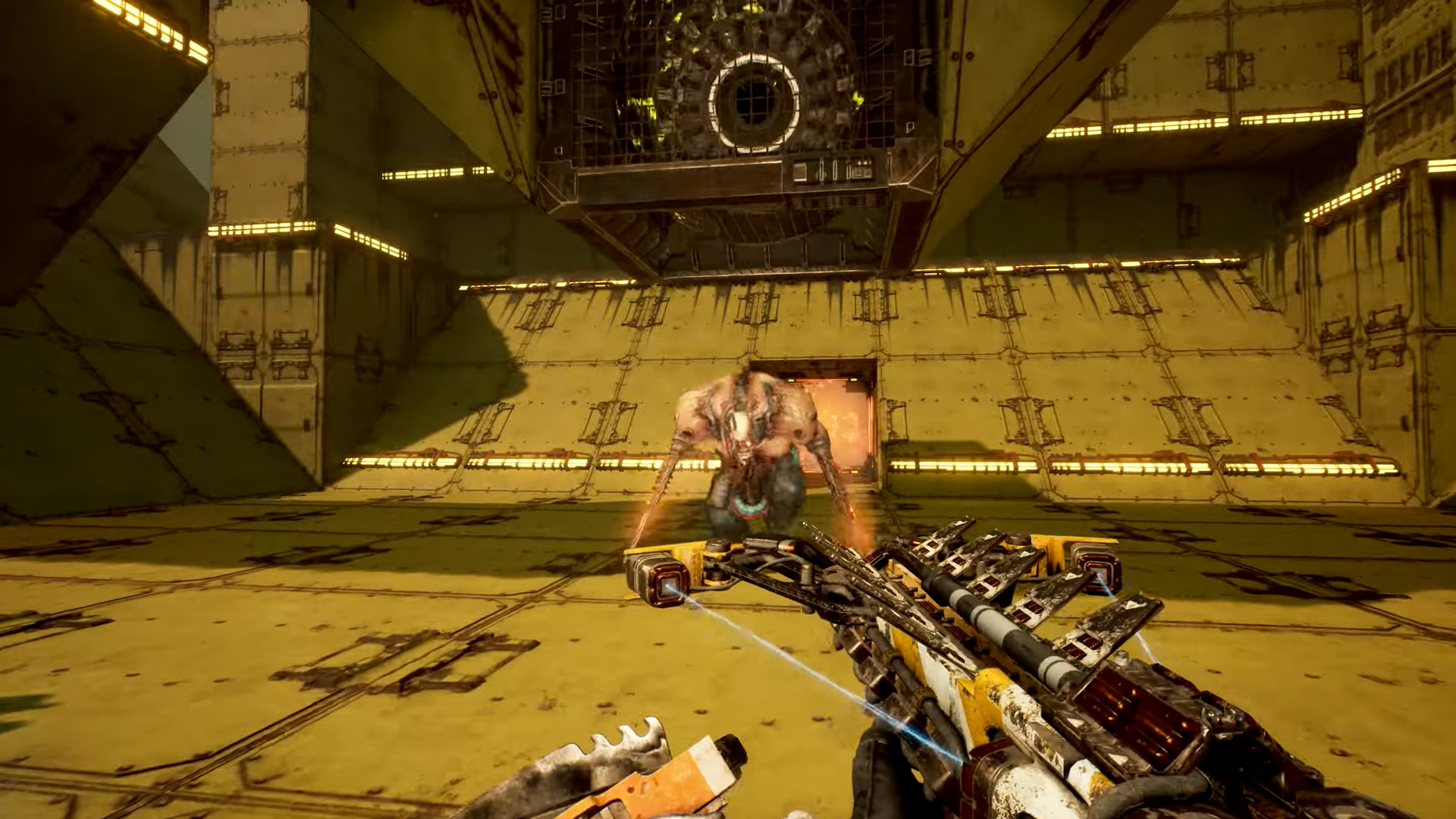 Speaking of, raiding is described less colourfully as Outwit to Survive, which feels like words crammed into a box to fit the far more compelling Create to Destroy's pattern. The raiding plays out like a shooter, so players will feel more at home. Going slow and finding every trap or speeding up and rushing past them are both viable tactics, and the risk versus reward build felt in good balance. Shooters aren't usually my thing, but even then I was more attracted to the raiding and its familiarity. Bullet based weapons have limited ammo that must be retrieved, which further encourages a selective approach to freshen things up too

I don't want to keep ragging on the narrative, because it's of so little value to anyone playing that it feels like picking on the RPG elements as a way to critique FIFA 23, but I need to revisit it once more before we depart. The central villain (or possibly hero, I cannot stress how little the story impacts play) is a demonic creature with a sense of gravitas… but it also sounds exactly like the Trivia Murder Party guy from Jackbox and is impossible to take seriously.

Overall, Meet Your Maker is two games in one that work together well, but don't seem to have the ideal amount of crossover. Even as someone more drawn to casual and creative games, the base building felt tough to understand compared to the simplicity of raiding. With a total reliance on user generation for bases, I think there's a worry there will be too many raiders and not enough builders – you can only cut a pizza into so many slices, no matter how good it tastes. I enjoyed my brief time with the game and would be interested in revisiting it on April 4 next year.