Metal Max Xeno Reborn has plenty of WANTED monsters: boss enemies that are tough to beat but offer a colossal gold reward when defeated. Unfortunately, most of them are unstoppable unless you have built a complete party.

Luckily, one boss, the Gun Taurus, is manageable alone. Gun Taurus is an easy WANTED monster to target because you'll have the environment of the Ariake West Canal to assist you. Are you feeling shaky in your combat boots? No worries! We'll show you how to do it.

What Do You Need To Know About Gun Taurus? 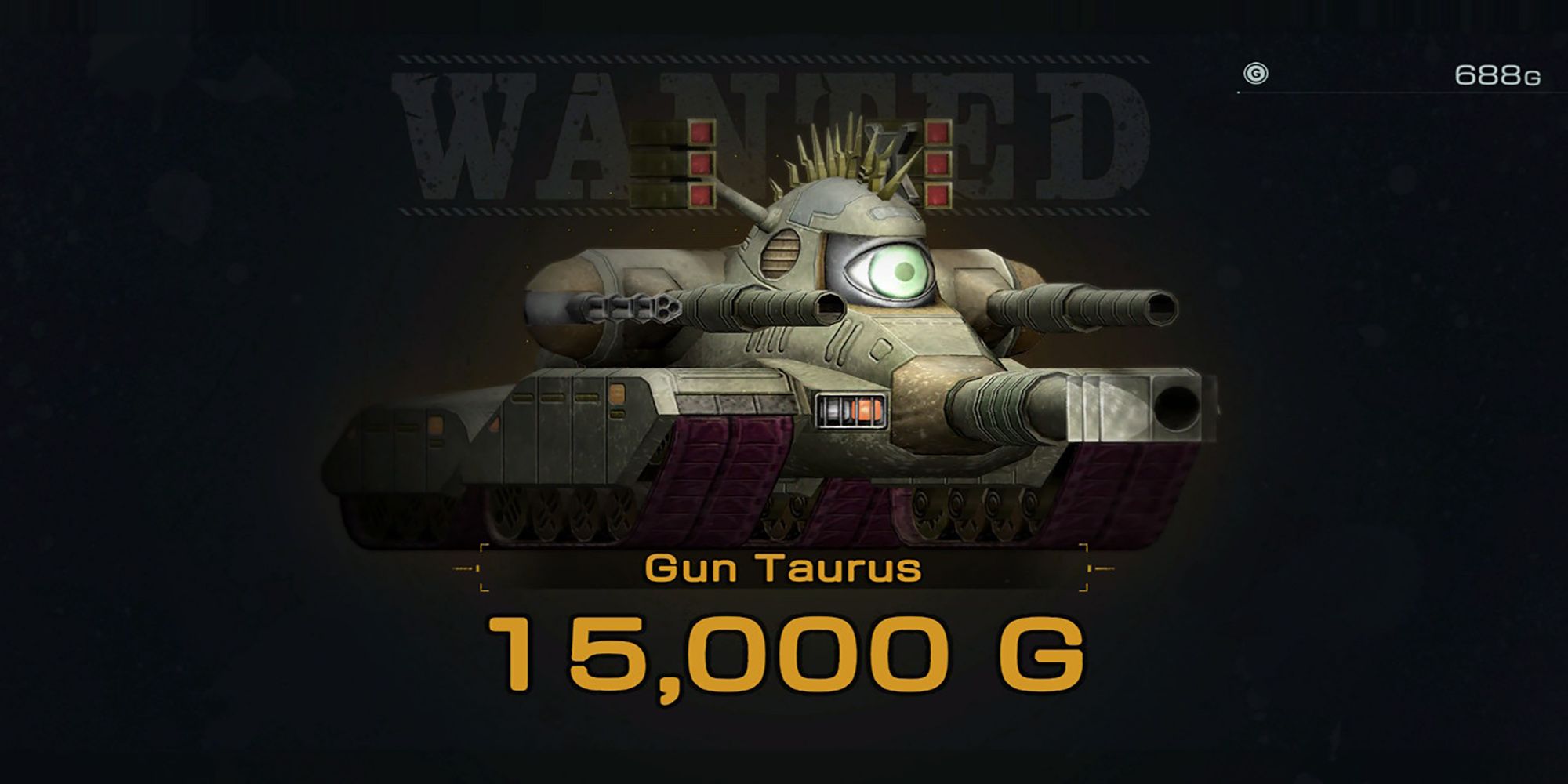 Gun Taurus is the least intimidating of all the early-stage WANTED monsters. In turn, the monster has a low bounty of 15,000 G. Still, 15,000 G is nothing to scoff at, especially early in the campaign. Gun Taurus looks like the tanks you'll encounter under the overpasses leading to the canal. However, Gun Taurus sports a tan paint job and has a single green eye between its two cannons.

The WANTED data concerning Gun Taurus is rather vague. Here are its records:

"No relevant data found in recorded logs. All evidence indicates you'll require a vehicle with high SP and serious firepower. Figure out how to defeat it yourself."

Fortunately, since we defeated this mechanical beast, we dug up more info on Gun Taurus in the monster library. Here are some stats to know: