Suns has sold itself as a tactical turn based battler, but that’s only half the story. A great bulk of the gameplay is a life sim where you fix up cars with Ghost Rider, meditate with Magik, and set up Blade with Captain Marvel. Two of the most common activities you can return to are watching movies and playing video games – superheroes, they’re just like us!

The games or movies are just blurry shapes on the TV – the scenes exist entirely for you to get to know your team better. But if you pay attention, cowboys are everywhere. The video game is a ‘90s era pixelated cowboy adventure, while the movie is a few scenes of a dark and sinister man in a Stetson with a shotgun, wandering down desert streets. Even when Nico talks about the movie being great because it’s “camp” (not a directorial style that often crosses over with westerns), that same shadowy man is wandering the town with no name. 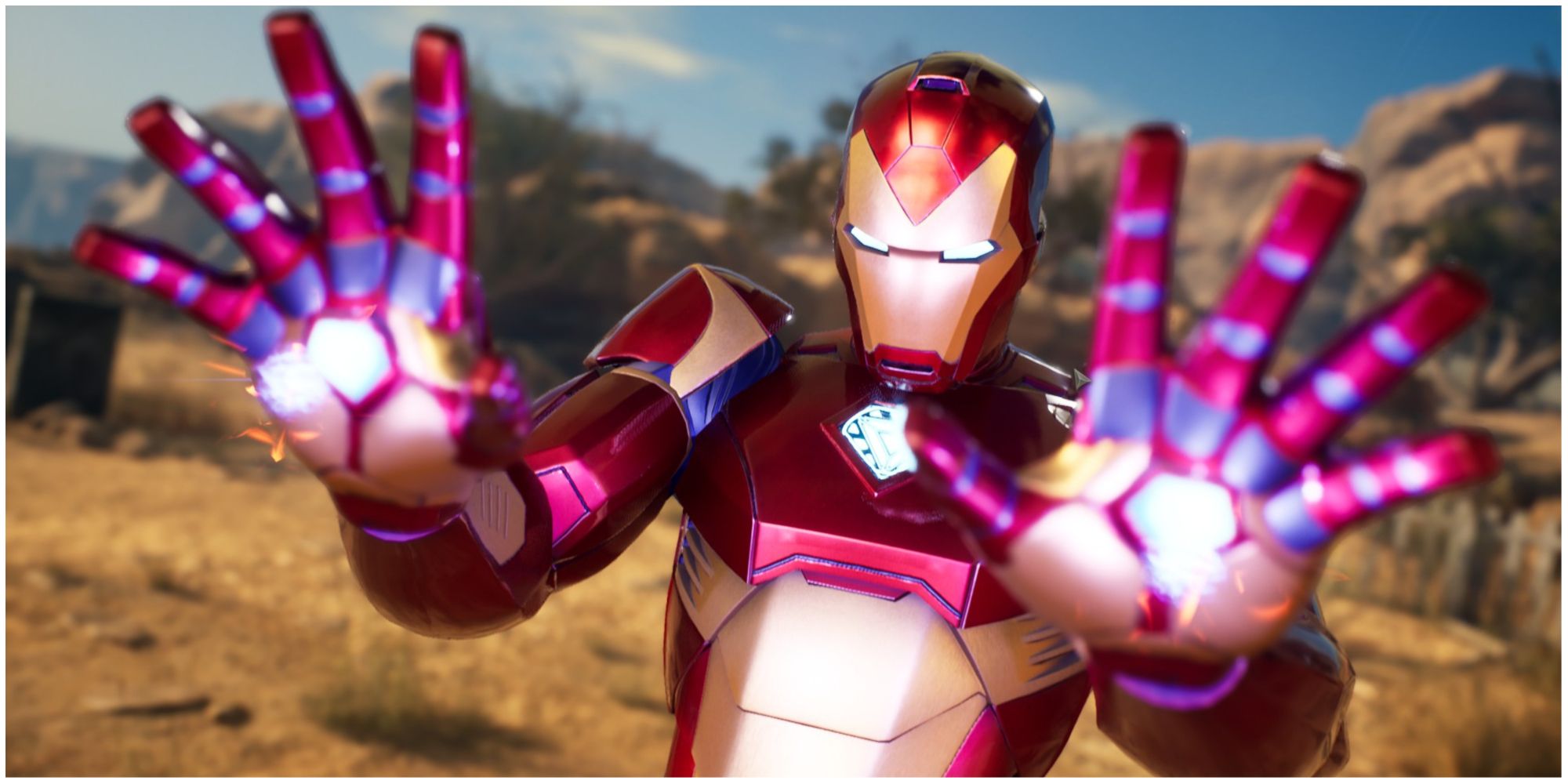 It should be no surprise. The actual western genre has died off; we see very few cowboy movies these days. But the spirit of them has remained. While the most obvious comparison to a western in modern media is The Mandalorian, as a collective genre, superhero movies have replaced the western but fulfil the same cultural goals. Both westerns and superhero flicks see clearly defined heroes and villains solving broad social issues with violence, with the heroes on the side of the people but being shunned as much as they are worshipped for their service.

And, like westerns, the most complex superhero tales challenge these ideas, exploring anti-heroes, inner darkness, and doubts. Midnight Suns is no different. The Suns are misfits and outcasts, who often resent their place in the great superhero hierarchy, and are forced to work with the arrogant and clean cut Avengers. It’s no different from The Searchers, Rio Bravo, or True Grit, with the Midnight Suns as John Wayne. Blade is just a modern day Rooster Cogburn in so many ways. Superhero movies, in particular, like to pretend they have invented all the tropes they rip off, while superhero games are desperate to be seen as extended superhero movies. Admitting you are modern-day westerns is to admit that you are merely part of a cycle that will one day end. Superhero movies are assisted by capitalism and billion dollar investment more than cowboy flicks ever were, but one day the juice will run out and our culture will move on to a new genre. In a small way, Midnight Suns acknowledges and celebrates that. It stands on the shoulders of giants, and that giant has far more cultural longevity than the MCU.