There are many hidden secrets in Minecraft. You can discover some of them naturally as you play the game, however, some of them are nearly impossible to discover without randomly encountering them or without doing some research.

Our guide will go into what exactly the language displayed on Minecraft’s enchantment table is and give you all the resources you need to read it.

What Language Is On The Minecraft Enchantment Table? 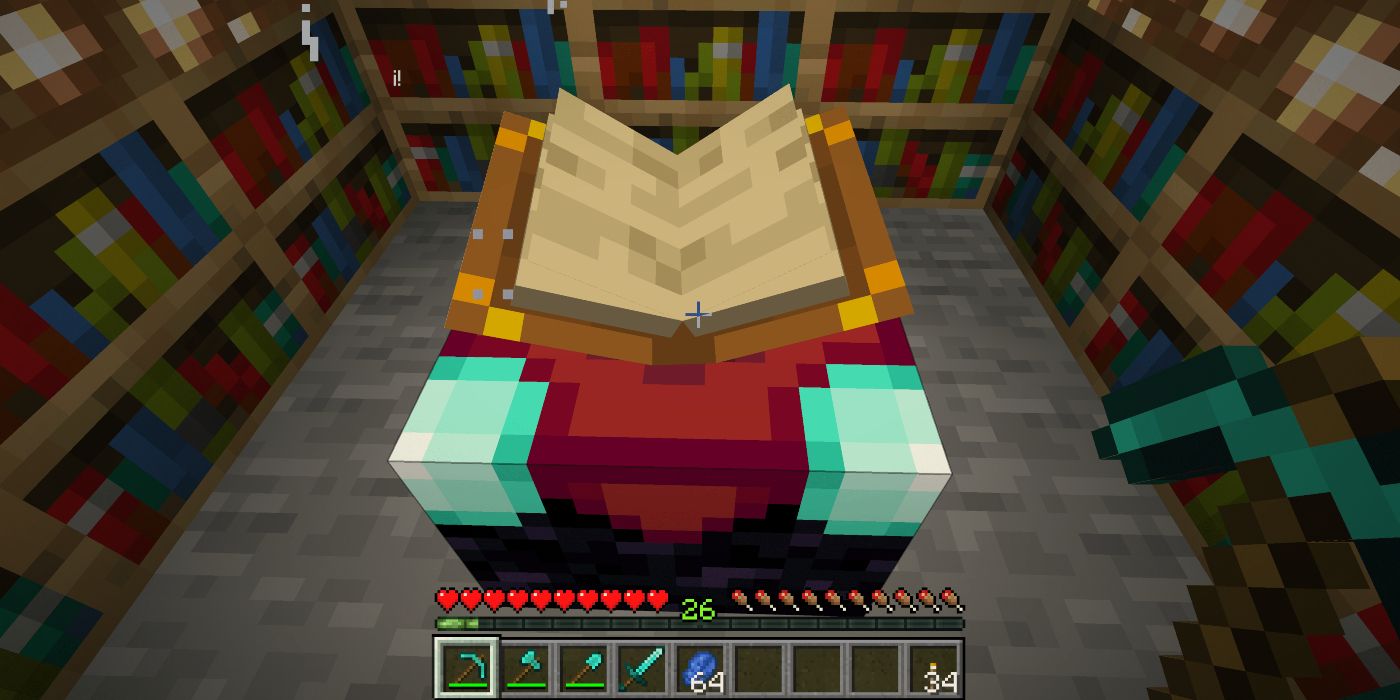 The language that is shown on the enchantment table actually comes from another video game.  It’s actually an in-game writing system and it’s called the Standard Galactic alphabet. This writing system comes from the Commander Keen video game series, developed by id Software.

The Standard Galactic Alphabet was created to appear in the games and represent alien languages found throughout the galaxy. Since it’s been used in Minecraft as well it has become commonly known as Minecraft Enchantment Table Language.

This means as long as you have a conversion chart, you can easily read the script found on the Minecraft enchantment table. Reddit user cadeflame has created this helpful chart that facilitates the translation from the Standard Galactic alphabet into the Latin alphabet. 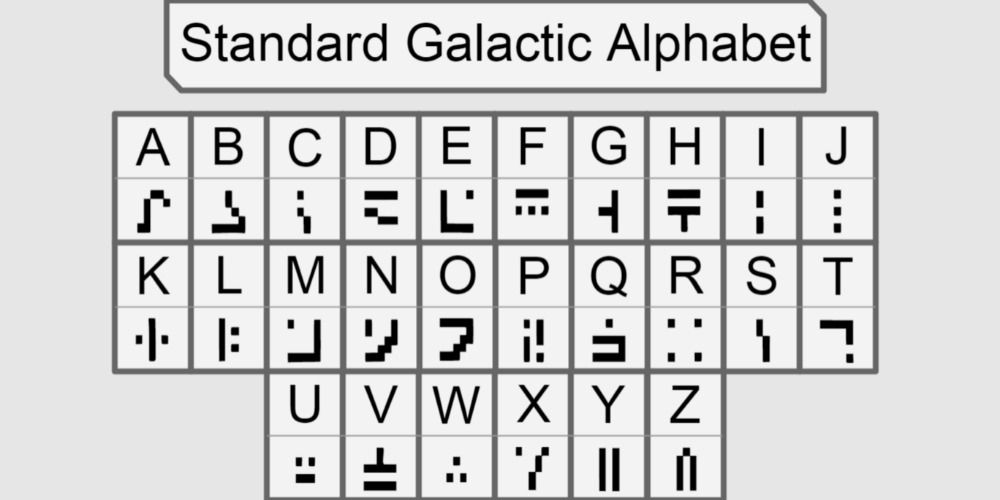 Using this chart you can convert the words you see in-game into English and read them. However, they still might not make much sense.

This is because the words that appear on the enchantment table as ‘spells’ are actually chosen at random and are not related to the spells themselves. Three to five words are chosen randomly from a predetermined list of words and then the words are encrypted and their letters replaced by symbols from the Standard Galactic alphabet.

This is the list of the 62 words that can appear on the table:

So, if you’re trying to decipher the words that appear on your enchantment table, it is going to be a combination of some of the words, not all of which are obviously English.

What Do The Enchantment Table Words That Aren’t English Mean? 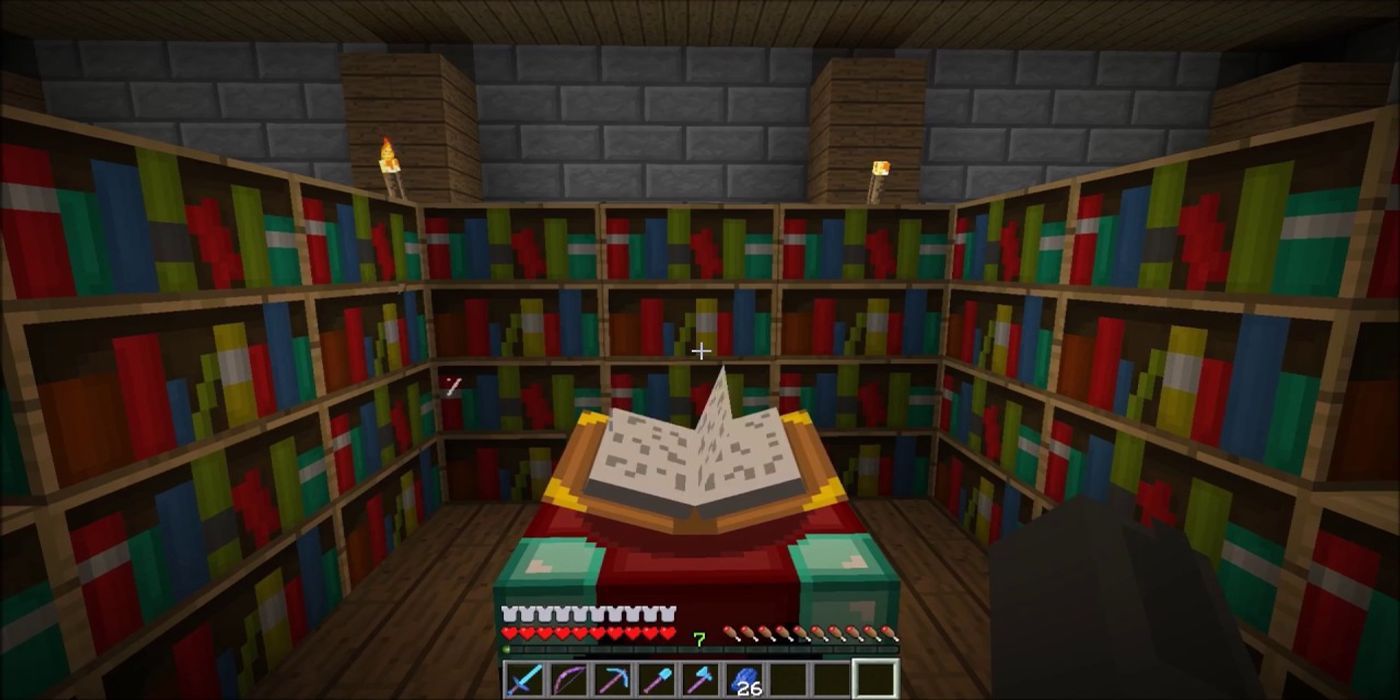 Many of the words which may not make sense at first glance are taken from H.P. Lovecraft’s Cthulhu novels. They are taken from the phrases Cthulhu’s worshippers chant which is “Ph’nglui mglw’nafh Cthulhu R’lyeh wgah’nagl fhtagn.” This translates to “In his house at R’lyeh, dead Cthulhu waits dreaming.”

There’s also a (misspelled) nod in this list to Klaatu, the alien from The Day The Earth Stood Still who utters the phrase “Klaatu barada nikto,” which was never translated. Finally, xyzzy is likely to be a reference to the magic word from the Colossal Cave Adventure computer game.