Monkey Island: The Ask Me About Loom Joke, Explained

So, you want to know about Loom? The latest masterpiece in fantasy storytelling from LucasFilm's Brian Moriarty? Might this have something to do with a certain crusty seadog met in the first few minutes of The Secret of Monkey Island? I'll bet it might.

What started as a little guerilla, in-house joke about advertising is now something of an iconic reference that both encapsulates one of Monkey Island's grander themes and serves to shed some light on a game that truly deserves more attention. Why yes, you can, indeed, play Loom. Ask us about it- oh, you did! Great!

Cobb The Pirate And His Advertising Campaign 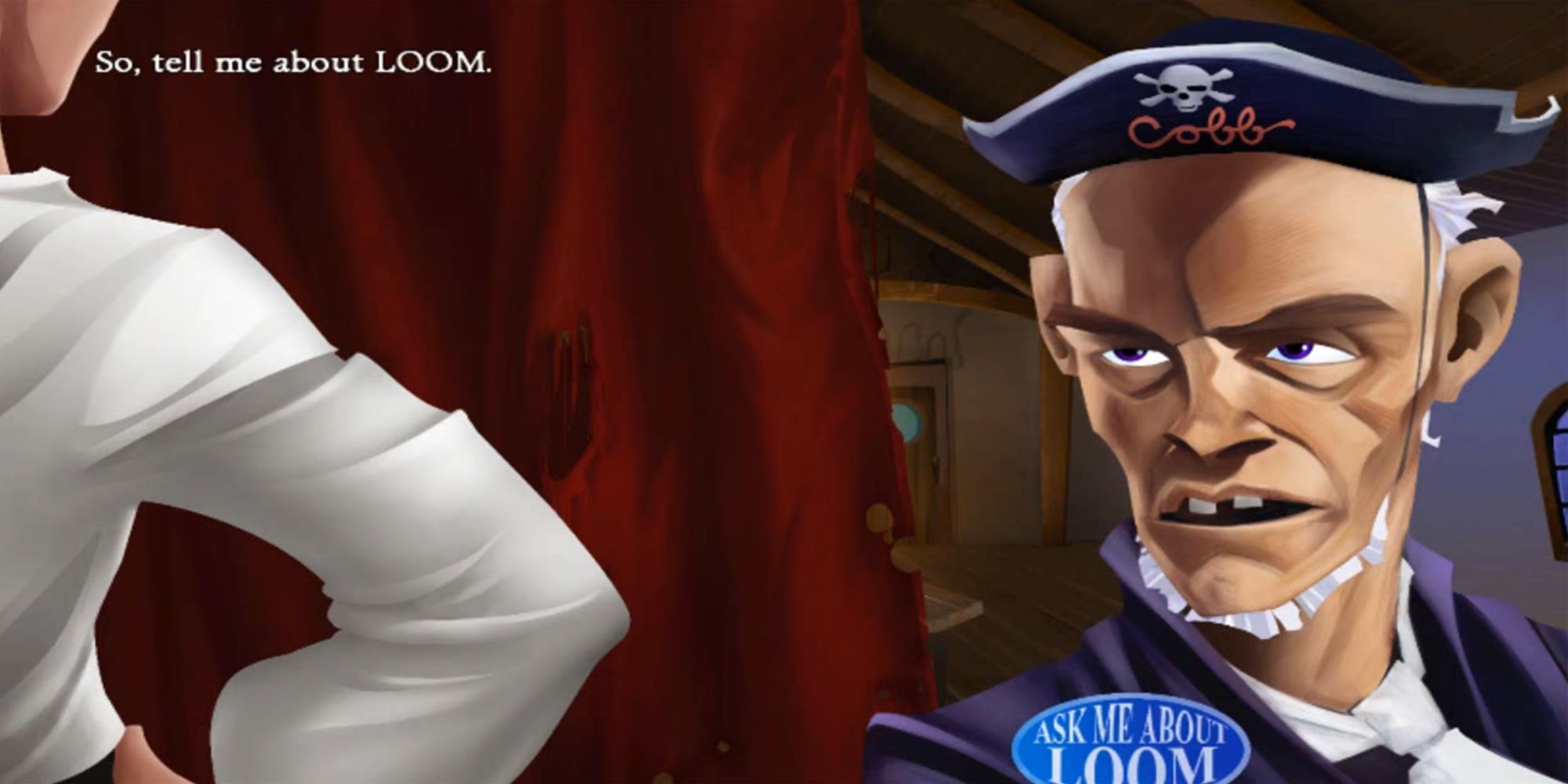 Early on in The Secret of Monkey Island, you'll have to enter the SCUMM Bar, a hive of villainy where you'll obtain your first set of game objectives from the three pirate leaders. You can also speak to some of the other pirates in the bar, learning about things like Mêlée Island's governor and the dreaded LeChuck, the Monkey Island series' iconic villain.

You can also encounter a pirate named Cobb. When you speak to him, you'll be confronted with a splash screen showing his beautiful mug – and you'll notice his odd badge, emblazoned with the words 'Ask Me About Loom.' Ask him about Loom, and he'll spring into his sales pitch:

You mean the latest masterpiece of fantasy storytelling from Lucasfilms™ Brian Moriarty™? Why it's an extraordinary adventure with an interface of magic, stunning high-resolution, 3D landscapes, sophisticated score and musical effects. Not to mention the detailed animation and special effects, elegant point 'n' click control of characters, objects, and magic spells. Beat the rush! Go out and buy Loom™ today!

To this, Guybrush will respond with a comment about just how obvious the sales pitch was.

It shouldn't surprise you to learn that, thanks to the tongue-in-cheek humor so prevalent in Monkey Island, Loom does actually exist. In fact, Cobb's speech isn't the only reference to the game found in The Secret of Monkey Island. When you solve the puzzle at the Fettunicci Brothers' Circus and get fired from a cannon into a wooden pole, Guybrush may say, in his delirium, "I'm Bobbin Threadbare, are you my mother?" Bobbin Threadbare is the player character in Loom, and his quest is to find his mother, who was turned into a swan.

This joke would be repeated in The Curse of Monkey Island, where Guybrush can encounter a skeleton on Plunder Island. When pushed, a badge drops from the skeleton's clothes that has the words "Ask me about Grim Fandango" – another Lucasfilms game of the era. 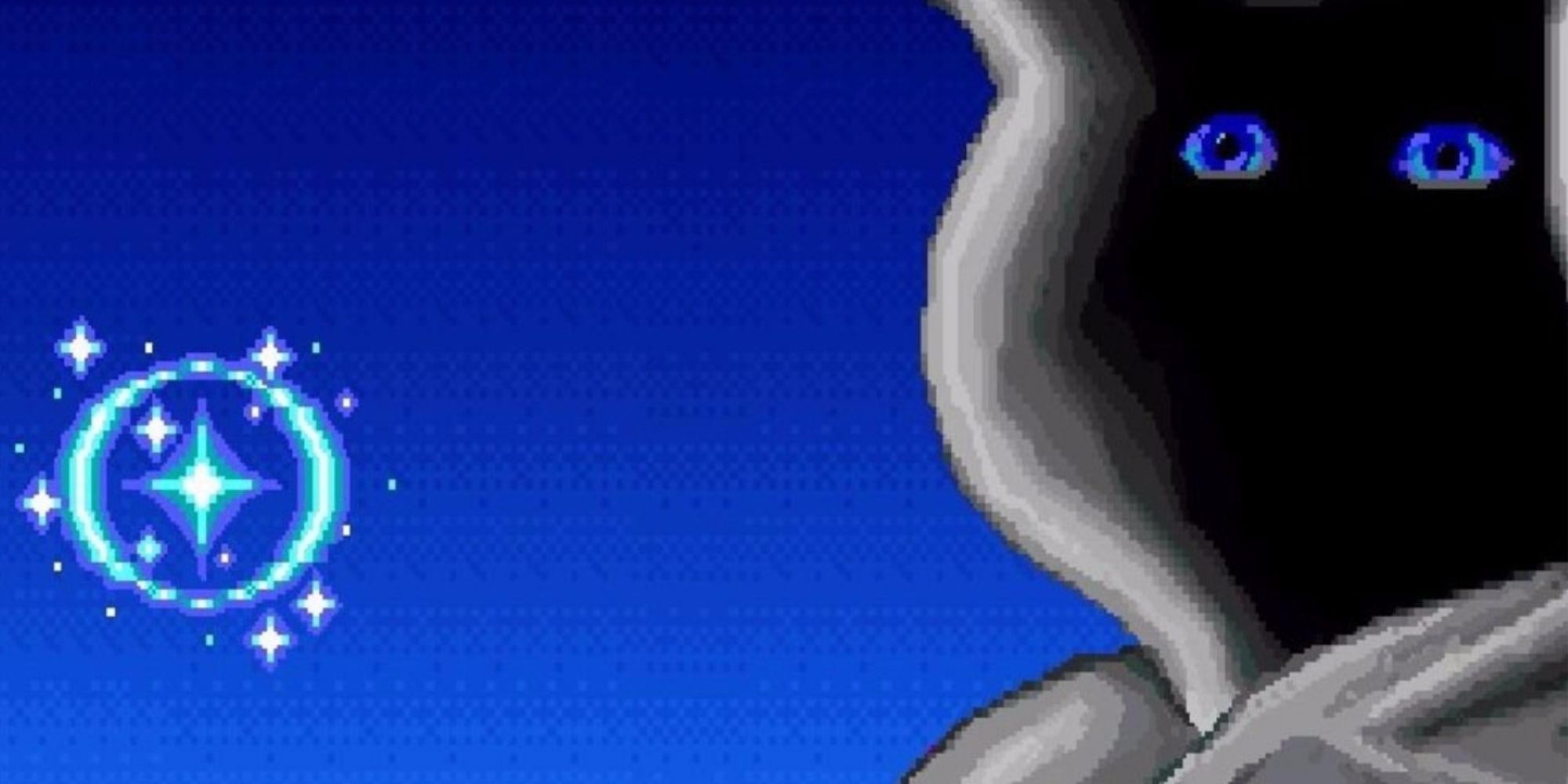 Both The Secret of Monkey Island and Loom were initially released in 1990 – both point-and-click adventure games and both by Lucasfilms. While Monkey Island takes the more conventional verb-object control route, where Guybrush interacts with his environment directly, Loom was a bit more experimental.

Instead, Bobbin, the protagonist, uses spells cast through specific note combinations using a distaff, a tool used for spinning wool. These spells have prescribed effects, such as Dye and Sharpen, and are how you interact with the world and solve puzzles in Loom. While the game wasn't successful enough to warrant sequels, it remains something of a cult classic – something that can possibly be partially attributed to the joke present in The Secret of Monkey Island.

In fact, Loom made its way onto Steam to coincide with the release of the Special Edition of The Secret of Monkey Island as part of an adventure game pack, showing how entwined their legacies are. 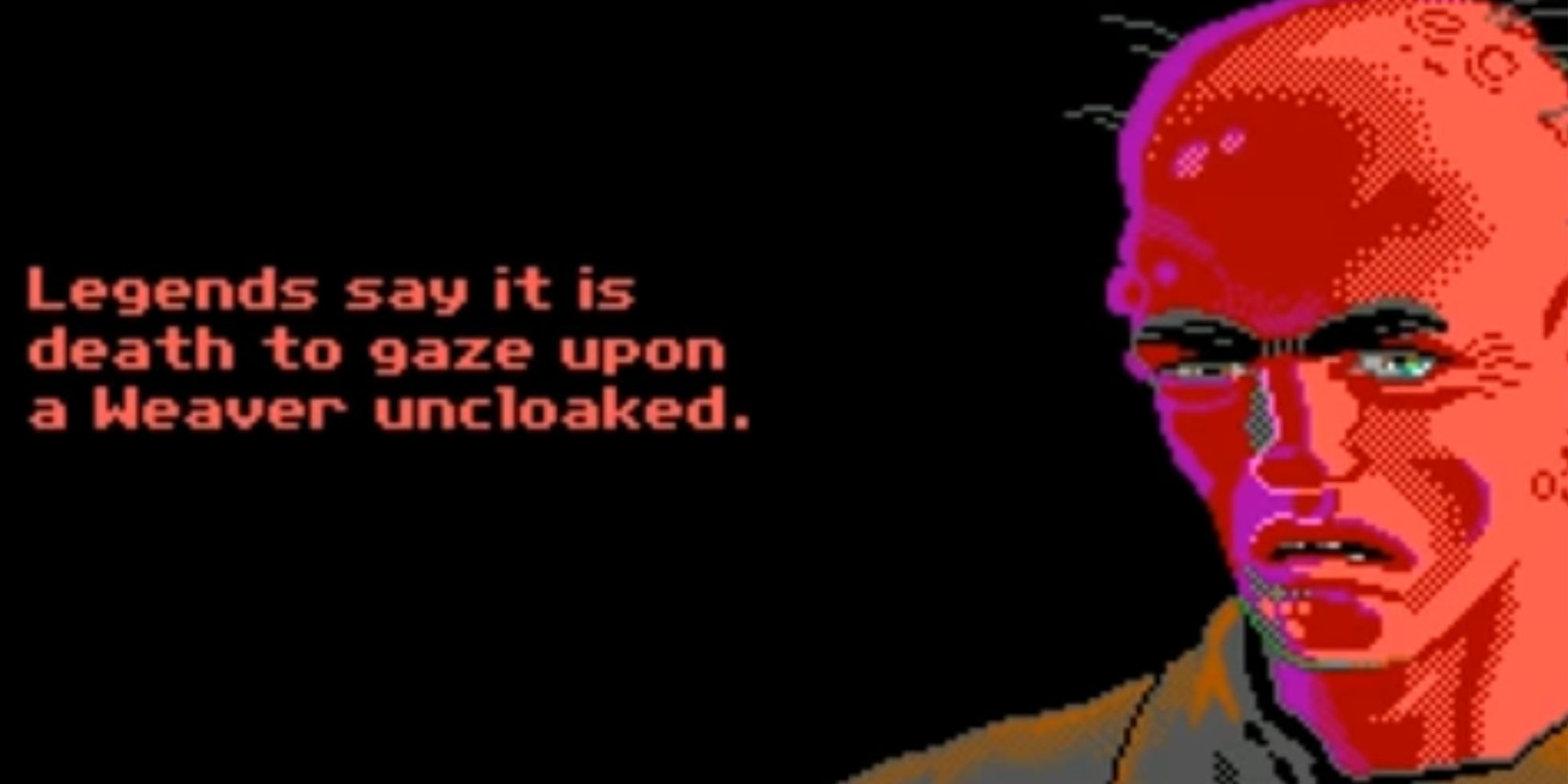 Something that far fewer people know about Cobb is that his appearance and name are not plucked from the ether. Cobb is actually a direct, wholesale reference to a character who appeared in Loom first, months before Monkey Island's release.

In Loom, Cob is a cleric who, while not very important to the story, does have quite a memorable scene in which he dies gruesomely upon seeing Bobbin's uncovered face (which is why the Weavers of Loom keep their faces covered at all times). This is presented in a splash screen that shows off Cob's wonderful face as he gazes upon Bobbin, showing off a remarkably familiar visage for those who played Monkey Island first.