Of all the weapons in Monster Hunter Rise, the Bow is a pretty stellar choice for a number of reasons. It's great at inflicting damage, it's fantastic for learning how to safely tackle fights, and it's one of the most efficient status ailment inflictors in the game.

Learning the Bow's moveset can be a bit tricky, especially for first-timers. Luckily, the weapon was streamlined for Rise and the new Silkbind abilities give it a ton of flexibility, breathing new life into ranged combat. Here's everything you need to know about making the humble bow and arrow a weapon worthy of felling Elder Dragons. 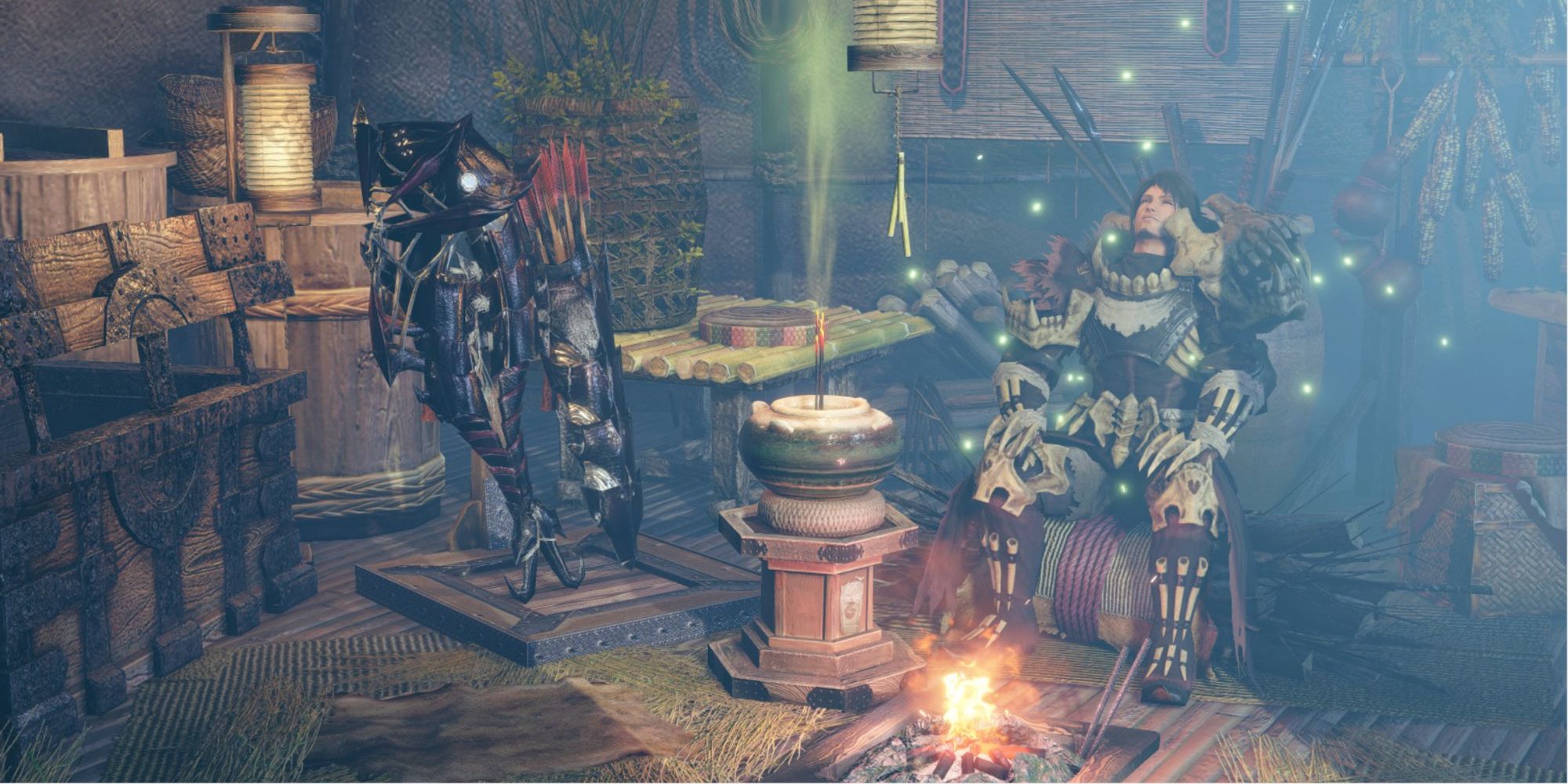 The Bow, like both Bowgun varieties, is an incredibly versatile weapon thanks to its range and the ability to apply different coatings that modulate your attacks, as and when you need them. The basic moveset is as follows:

The main way to attack with your Bow is to fire volleys of arrows at your target in quick succession – this is accomplished through charged shots. You can begin a charged shot combo in one of three ways: hitting the fire button repeatedly, charging up your initial shot by holding down the fire button, or chaining shots from a Charged Sidestep (dodging with B/A while aiming with ZR/RT).

As long as you keep chaining together attacks, you'll cycle through all of the charged shots that you have available to you. You can view this information on the Equipment Info screen – there are three types of Charge Shot:

By default, you will only cycle through the first three levels of Charge Shot that your Bow is capable of. If you can equip the Bow Charge Plus skill, however, you'll cycle through all four Charge Shots before you start again at level one.

The Bow Charge Plus skill belongs to the Mighty Bow Feather, armor that goes in the headgear slot. To craft this, you'll need three each of Ace Hunter, Barioth, Hunter King, and Rajang Coins. You can get these from Arena Quests 04 and 05.

The color of your bow's glow will tell you what level Charge Shot you are firing:​​​​​​

Performing a Charged Sidestep in the middle of your combo will sustain your current level of charge for one extra attack. Use this to pull off multiple Level Three or Level Four attacks.

If you hit X/Y while your Bow is drawn, you can apply (or remove) a coating to your arrows. Every Bow has its own set of coatings that it can use, so if you want to target a certain status ailment, for example, you'll have to choose a suitable Bow.

Unlike Bowguns, Bows do not have elemental coatings – instead, there are elemental Bows just like any other weapons.

Some bows are better at using particular coatings than others, giving them increased effectiveness. These are denoted with a plus symbol on the coating's icon.

Your Arc Shot can be used by hitting A/B during a charge. There are multiple types of Arc Shot, and they will vary depending on the Bow you have equipped – all are beneficial, though, they will create a cloud of dust that provides a buff:

Arc Shots are more useful in a multiplayer setting where the other players can purposefully run into your buff zones to gain a larger overall benefit. They are still useful in solo play, though. 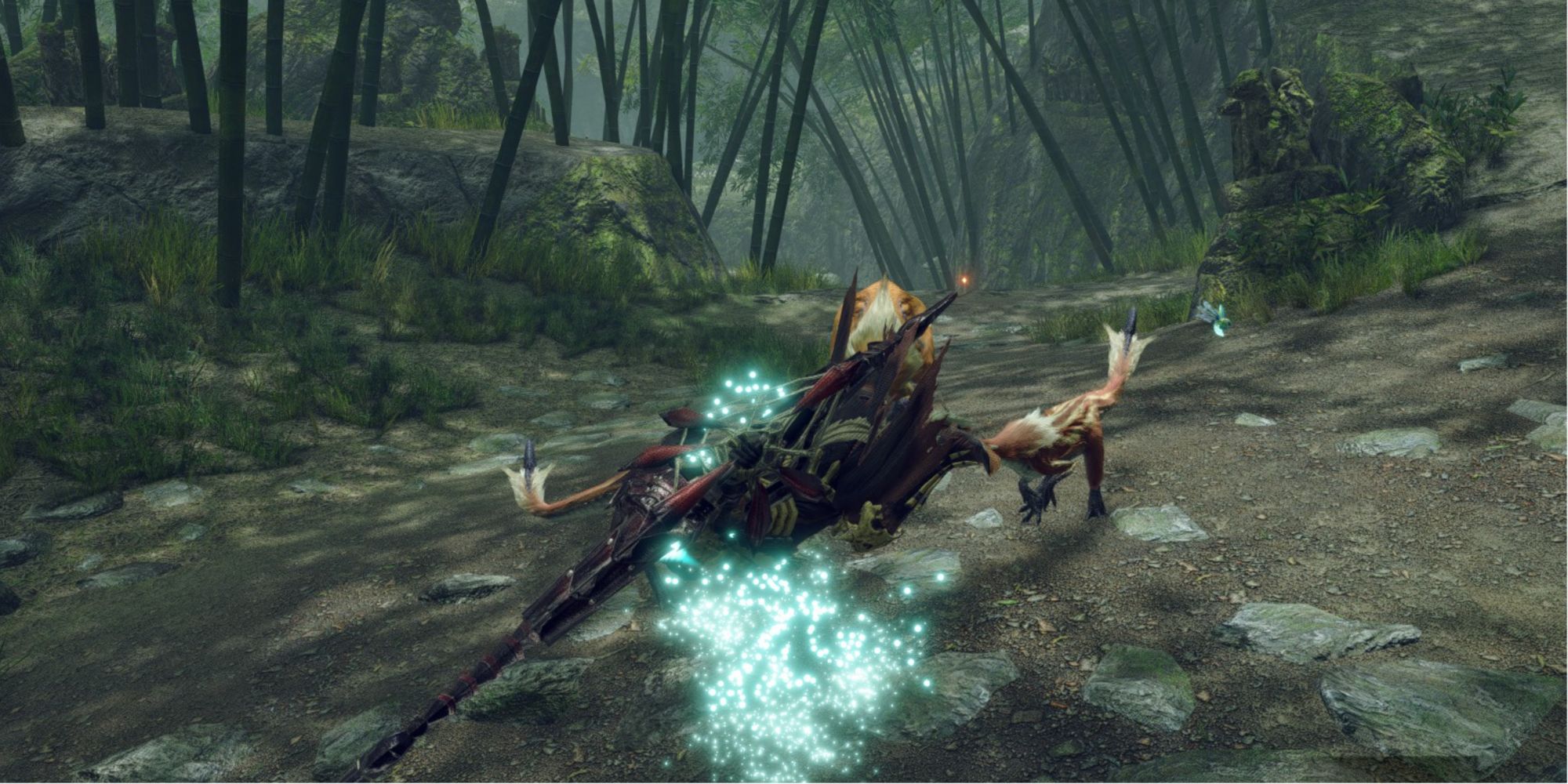 Focus Shot (R/RB + X/Y): This move will send you flying backwards and put you directly into a crouching position. This is useful for gaining distance from an enemy after spending all of your stamina, as crouching vastly increases the rate it recovers. There are some invulnerability frames in the windup of this move.

Aerial Aim (R/RB + X/Y): This move launches you up directly into the air. From here, you can aim and shoot as normal, or press the X/Y button again to perform a diving melee move. This move sustains your charge level, so weave it into your combo in time for your highest level attack for maximum damage.

Herculean Draw (R/RB + A/B): This move will put you into a short-range lunge and give you a nice attack buff for a while. It's a decent buff but costs two Wirebug charges, so it's quite expensive to use. 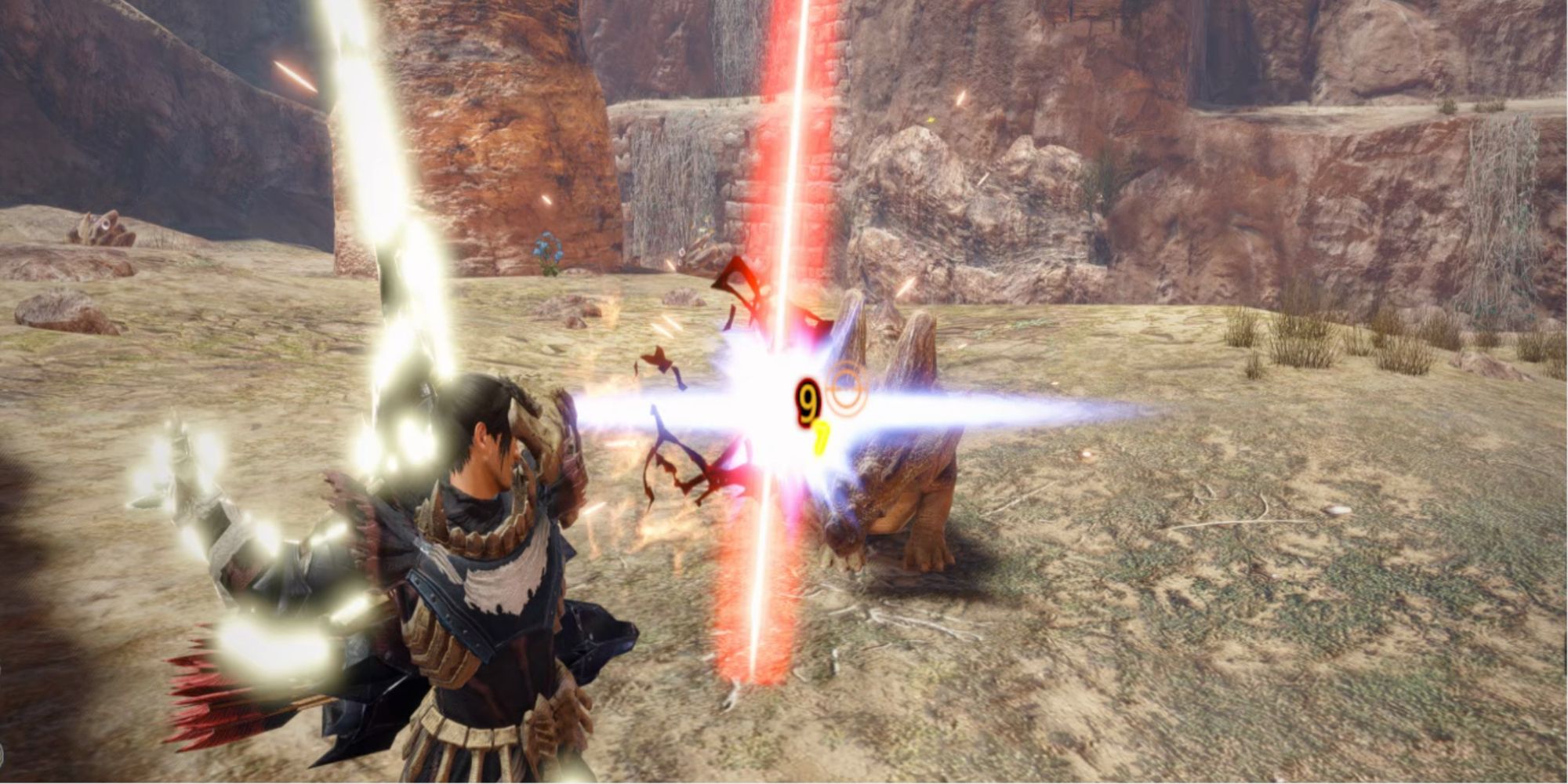 Dragon Piercer is a situational skill – it's tricky to aim with mobile monsters and it doesn't do a ton of damage unless you can make sure it hits every part of the monster's body. This does make it perfect for waking up sleeping monsters.

Make sure you have an angle that lets your attack travel through as much of the monster's body as possible.

Add some bombs into the mix for extra damage!

You'll notice that your targeting reticle will change color every now and then. This is an indicator of your most effective distance – you'll only do maximum damage with your attacks if you're the correct distance from your foe.

If the reticle is yellow, you'll need to move closer or further away. If it's orange, you're in the sweet spot.

Spread Shot will require you to be closer than both other types of shot – keep that in mind if you're using a Bow with multiple levels of Spread Shot.

You can fire arrows and dodge continuously as long as you have the requisite stamina – but don't be tempted to just empty that bar as soon as you have the opportunity. Trickier fights will require that you dodge, run away, and get into better positions quickly – you'll need stamina to do this.

Always keep an eye on your stamina and make sure you're not getting too greedy. Fighting with Bow is a very hyper-offensive, fast-paced playstyle, but getting reckless is a recipe for defeat.

Consider investing in skills that help you with stamina management if you want to excel.