Despite a lot of the good stuff surrounding Final Fantasy 14, sometimes players can get out of control. Because people are still having trouble following simple rules, we have once again seen a massive ban from Square Enix, and it’s once again for Final Fantasy 14 players. Instead of using the in-game Gil used throughout the Final Fantasy series, many players decided instead to use real money, which throws off the entire economy of the game.

Square Enix has a history of banning players for real money trading. You’d think by now, people would pick up on the fact that they’re serious about these bans. Square Enix will give out one warning if people are lucky, and then they have no problem quickly turning to a permanent ban for violating their rules. 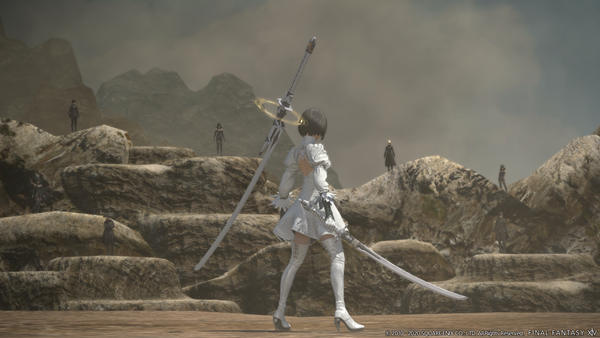 In 2020, Square Enix announced a ban of 2,914 accounts for real money trading and 378 accounts for advertising it, also for Final Fantasy 14. Yet somehow, it seems instead of the banning becoming less because of this, more people are giving it an attempt.

But in lighter news regarding Final Fantasy 14, the new Scions & Sinners album will be coming out on March 24th this year. The album will include 19 tracks from Final Fantasy’s own rock group, The Primals. Reportedly, the album is going to be a Blu-ray music disc, so you’ll be able to watch videos of The Primals.

If this isn’t enough for you, you can also go check out Final Fantasy 14’s live action trailers that people have put together. The trailers are poking fun at generic pitches that people will give their friends to try to sell them on Final Fantasy 14. If you’ve played a lot of the game, you’ll probably find these hilarious.