Johnny Cage is one of the returning characters in Mortal Kombat 11, receiving a character announcement trailer back in February. Cage’s trailer showed a new version of his old uppercut Fatality where he had to perform different takes of the same move in front of a film crew, as well as a victory pose where he shows off his own action figure that’s wearing his original outfit from the older Mortal Kombat games. 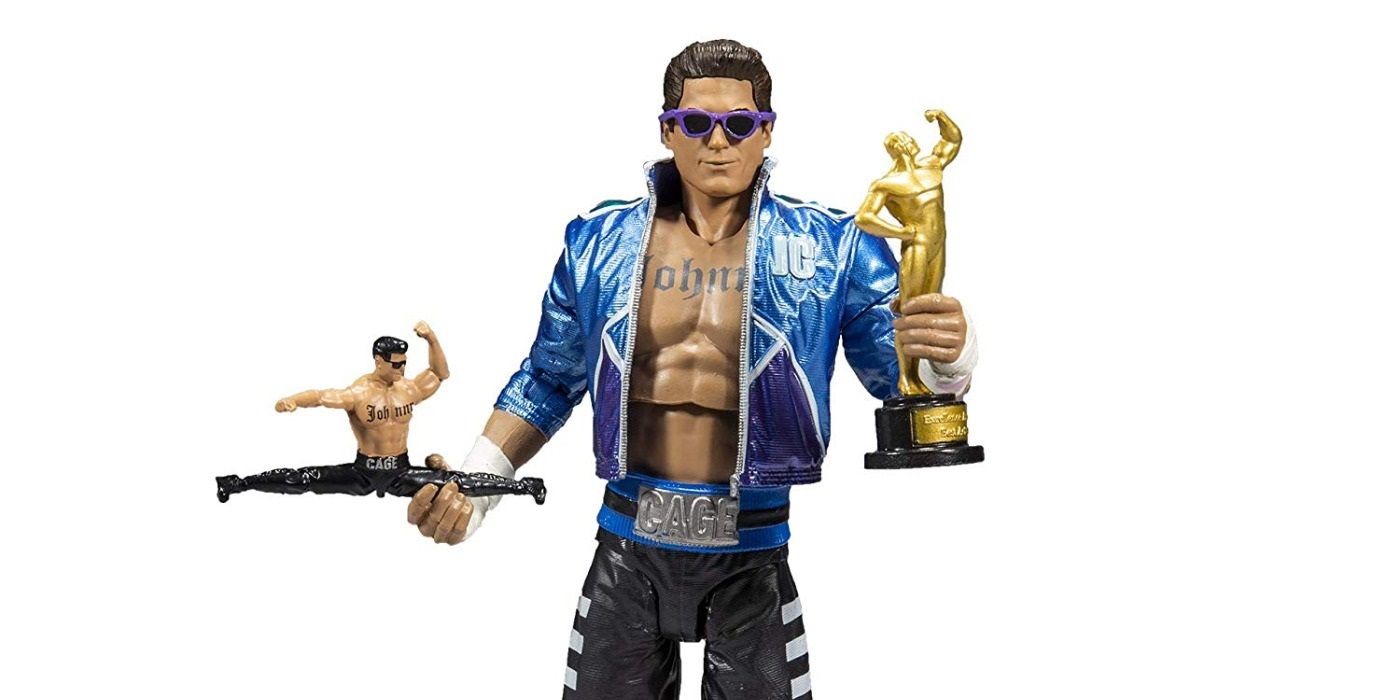 The Johnny Cage action figure has removable sunglasses and his Best Actor award trophy, both of which are used in his moveset in Mortal Kombat 11. Cage also comes with his own action figure from Mortal Kombat 11, which is locked into the splits pose that he used as part of his Nut Cracker move in the older games.

Johnny Cage was one of the most disliked characters in the original Mortal Kombat, thanks to his dull moveset and unimpressive Fatality compared to the other members of the cast. The original Mortal Kombat movie unleashed Johnny Cage’s full comedic potential as a Hollywood bigshot wannabe who could actually back up his fighting words, even if his acting skills left something to be desired. The Mortal Kombat video game series has run with the comedy approach for Johnny Cage in later games and it has helped to make him one of the most popular characters in the series.

The Johnny Cage & Raiden action figures will be available during Q1 2020.