Take on bosses with the best weapons in Mortal Shell. Here’s where to find them all.

Mortal Shell is more in line with Bloodborne than any of the Dark Souls titles when it comes to weapons. By that, we mean they take the less is more approach, and only have four main weapons to wield, but make each very distinct with deep movesets that can make the game play completely different depending on which one you choose to focus on. However, it is possible to go through the game and miss one or more of these weapons, or even fail to get them when you do figure out where they are. Mortal Shell isn’t giving away its weapons without a fight, so check out this guide to know where, and how, to get them all.

Note that there are minor spoilers ahead for all the weapons, as well as their unlockable moves. 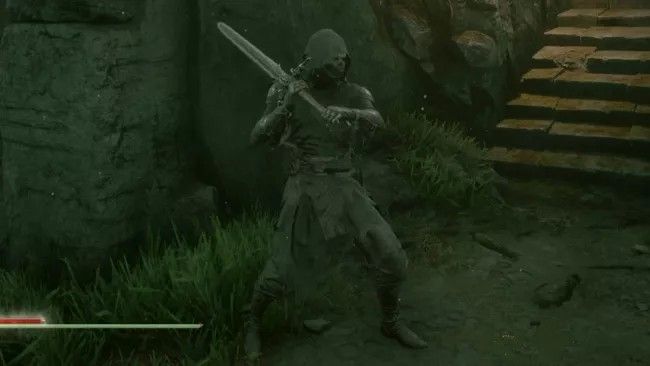 This is your starting weapon, and impossible to miss. All you have to do is complete the tutorial on dodging and hardening and retrieve it from the nearby statue. Enjoy how easy this one is to get, because the others will not be so simple.

This is a fine weapon to begin the game with, not too slow or weak, but also not particularly good for any specific situation or playstyle. The two unlockable special attacks are Mechanical Spike and Molten Spike. Mechanical Spike summons a giant spike from the hilt of the sword you use to skewer an enemy with. Molten Spike is essentially the same, but with extra fire damage added on for good measure. 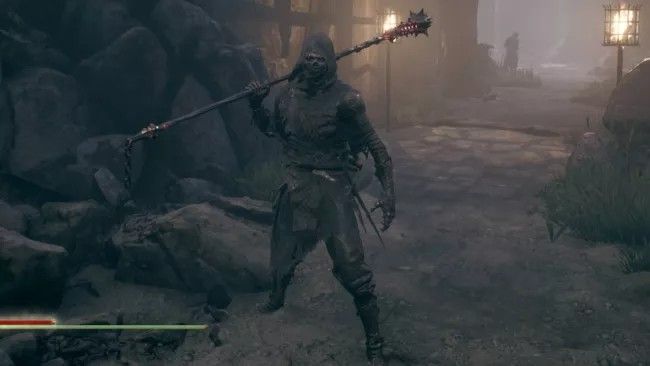 The first zone you should be going to after reaching Fallgrim is the Shrine of Ash, but if not you will come to the Temple Ground at the beginning of this zone. After interacting with the Sester, make your way down the hallway to find a book you can interact with beside a statue. This will begin a boss battle against Hadern, who you will recognize as the first boss battle you encountered at the end of the tutorial. However, unlike the first time, you’re not allowed to lose.

Hadern’s lesson in this battle is all about properly spacing and hardening. He’s going to be doing big, easy to react to attacks that you will have no problem avoiding. Bait him into a swing and punish his long recovery, and harden through his retaliation. Take him out to claim the weapon from that statue.

The Mace, as you’ll see in the fight, has big wide swings that have a long wind up and recovery attached. It’s great against mobs of enemies, assuming you can time it right. For specials, the first is Foundry Stone. This move is an AOE that hits hard with fire damage. The second actually sets the mace itself on fire so all your normal swings are buffed with burning. 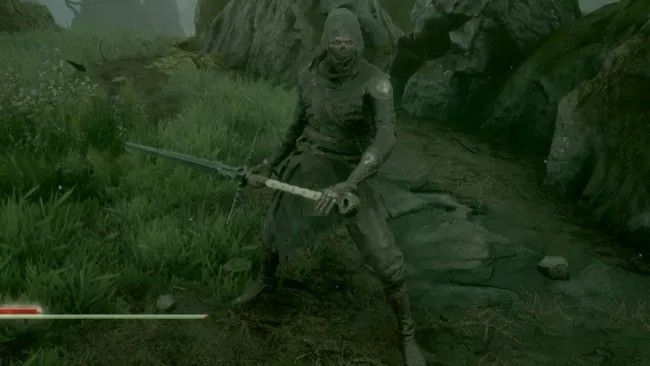 The area at the entrance to the Crypt of the Martyrs, called the Abandoned Chamber, is where the next weapon is. Once again, save at the Sester and find the book beside the statue to challenge Hadern for the weapon.

This fight isn’t too different from the previous one, in that Hadern will use big, easy to see coming swings with a wide range. Bait out one of these swipes and run in for an attack, and if you can get enough hits in even a stagger. If you’re comfortable parrying, feel free to do so for all of his attacks except his thrusting strike, so always dodge that if you see it coming. Finish him off and claim your new two handed sword.

This blade is the slowest weapon in the game, but also the hardest hitting. If you are patient and can get a feel for the timing, it is awesome against bigger enemies and bosses. The first skill you can unlock is Petrified Winterglass. This lovely-sounding ability encases your sword in ice, giving it the chance to freeze enemies. The other is Radient Winterglass, an AOE that temporarily freezes enemies caught in it. 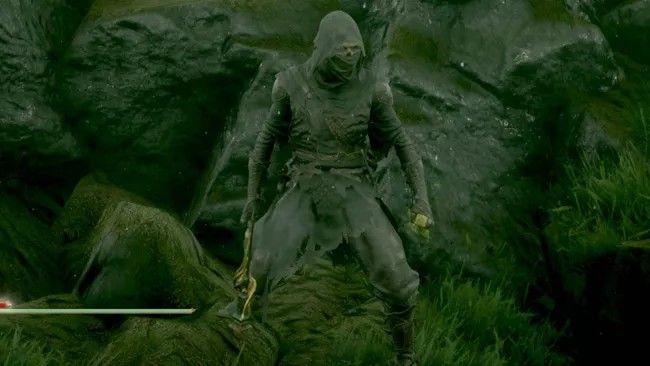 The Eternal Narthex is the first area on your way through the Seat of Infinity. The Sester will be on the left right next to the book. You know what to expect at this point.

This time Hadern has sped up his attacks, and recovers from them much faster too. Baiting an attack to punish won’t be so easy, unless you make a lot of space and get him to do his jumping attack. Parry or dodge it to get your damage in safely. Feel free to cheese him out this way if you find him too dangerous otherwise.

The Hammer and Chisel weapon you get is the fastest in Mortal Shell, but with the obvious downside of dealing the least amount of damage per hit. But, to help make it more enticing, each hit landed will also deal poison damage to the target. If you’re all about slowly chipping down enemies, this is the weapon for you.

For abilities, first up is the Perfumed Censer. This move will make your character twirl forwards like a tornado, throwing out blades in all directions. This helps deal with crowds of enemies, which the normal attacks aren’t great for. The other ability is much less flashy, but deals the most damage for this weapon by far. It has you using these two tools as they were meant to be used, by tossing the chisel into the air and launching it into an enemy with the hammer.