MTG’s Phyrexia: All Will Be One To Include Street Fighter’s Universes Within Cards

We already knew that Magic: The Gathering’s first set of 2023, Phyrexia: All Will Be One, will include so-called Universes Within cards. Those are cards that were originally printed as Secret Lairs of the Universes Beyond variety, which created Magic cards out of various other intellectual properties. Universes Within takes those non-canon (and sometimes non-legal) cards and canonizes them in Magic’s story. Magic might have an infinite multiverse, but it still doesn’t have the rights to Fortnite or Stranger Things.

Street Fighter’s secret lair originally came out in March to celebrate the Capcom fighting franchise’s 35th anniversary. Featuring eight iconic characters and one reprinted Lightning Bolt/Hadouken, those eight cards are now being rebranded as proper Magic characters that will appear in Phyrexia: All Will Be One. For brevity, here are the eight cards and their Universes Within translations in no particular order: 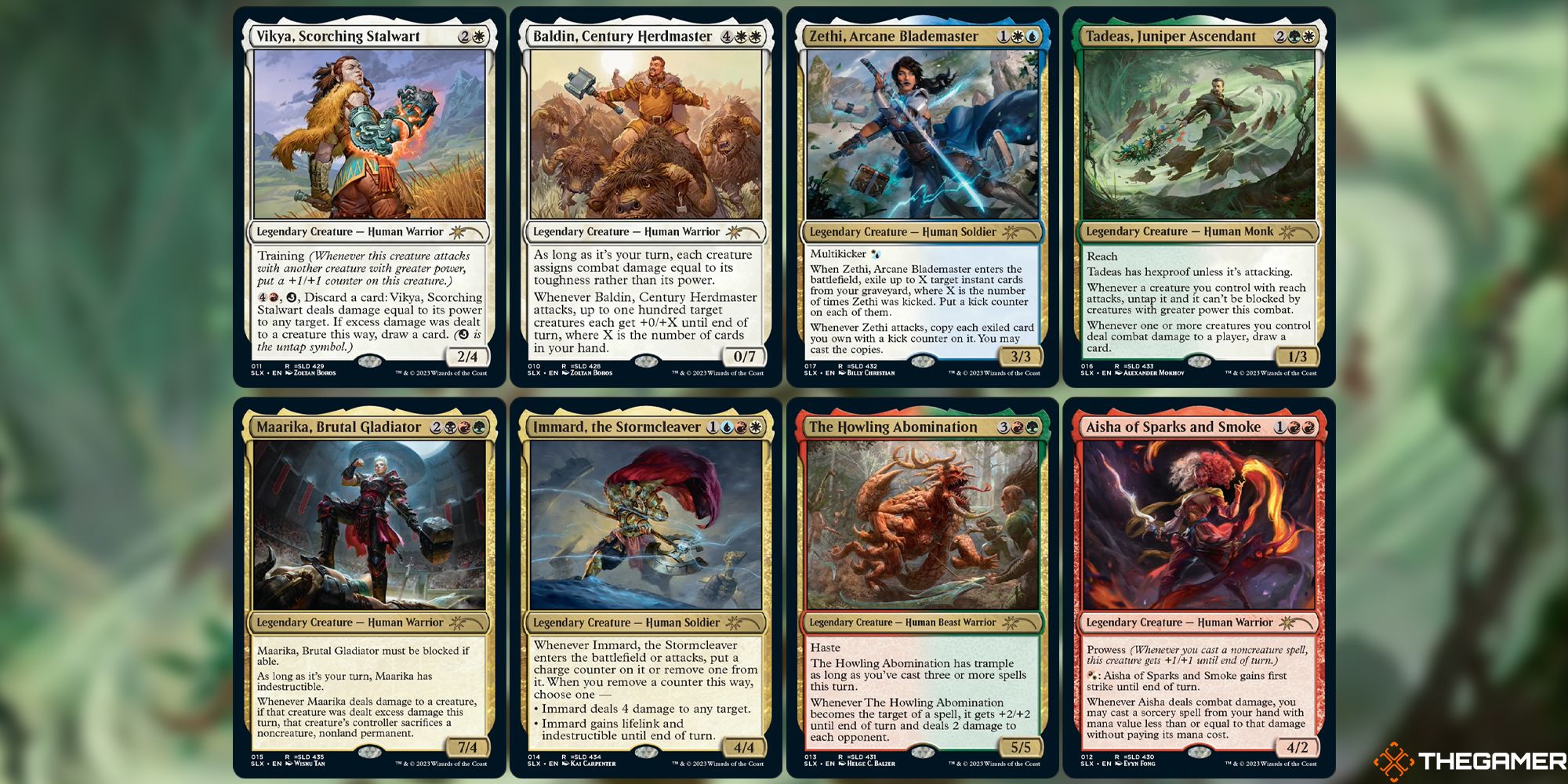 All of them look like great fun (I'm particularly excited for Baldin, Century Herdmaster as the win condition for a token-themed deck), but our own Joe Parlock noted that Chun-Li has absolutely ridiculous combo potential back when he reviewed the Street Fighter Secret Lair several months ago, and that hasn't changed with Zethi, Arcane Blademaster. She looks like an absolutely incredible Commander that folks will be fighting over when Phyrexia: All Will Be One arrives on February 10. In the meantime, look forward to previews beginning on January 17.