MultiVersus: How To Play As Harley Quinn

While MultiVersus has an incredibly diverse roster of characters, it isn't hard to see which property got the most attention: the DC heroes. However, if that means we get more incredibly dynamic, slick, and outright fun characters like Harley Quinn, then we aren't going to complain. 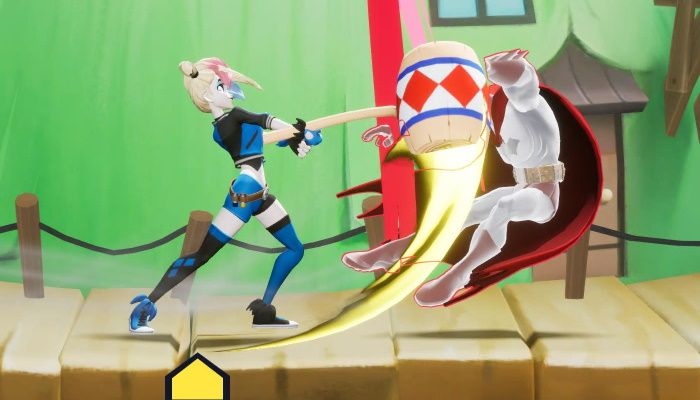 Harley Quinn's battle strategy is pretty simple. You will have two phases of attacks. You will skirmish, and engage. When you are skirmishing, you will play keep away using Harley's Prank Shot, while setting up Jerk-In-The-Boxes around the arena, and sticking people with Stuffie Bats. Then, once you have set up the play area to your liking, or you see an opportunity, you will engage.

When you are engaging your opponents, you want to clip your foe with your Clown Combo, Slider, or Flying Kicks. Then, you will want to combo those attacks into her Batter Up!. From there, when they are in the air, you are going to try to alternate between your Confetti Grenade and Batter Up! attacks. The goal is to pop them off the top of the screen. If you stuck them with a Stuffie Bat, you will want to detonate it near the top of the screen. 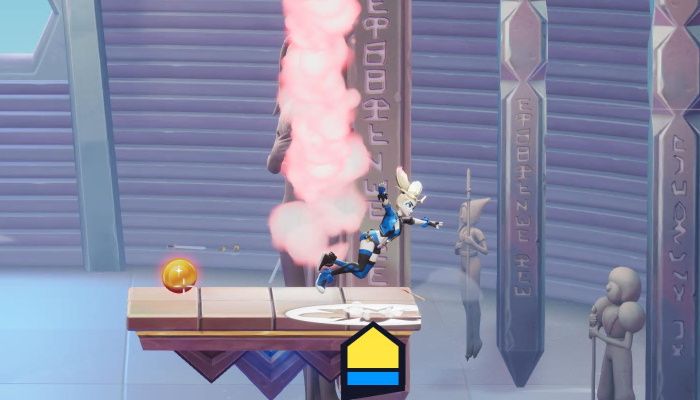 Finally, look for opportunities when the enemy is distracted and try to land your Whack or Aerial Pummeler. If someone gets knocked off the platform, place Jerk-In-A-Boxes near the ledge, and engage them as they try to get back on the platform with Prank Shots; or, if they are coming from below, Boxing Ringers.

Harley isn't really a huge team player. However, there are two specials she can use to help her teammates out. The best of them is to stick a Stuffi Bat to your partner. This way if they start getting pummeled you can detonate it to blast the other team off of your ally. Beyond that, by placing Jerk-In-The-Boxes around the edge of the arena you are both creating obstacles for your opponents and providing your partner with a way to replenish their jumps! 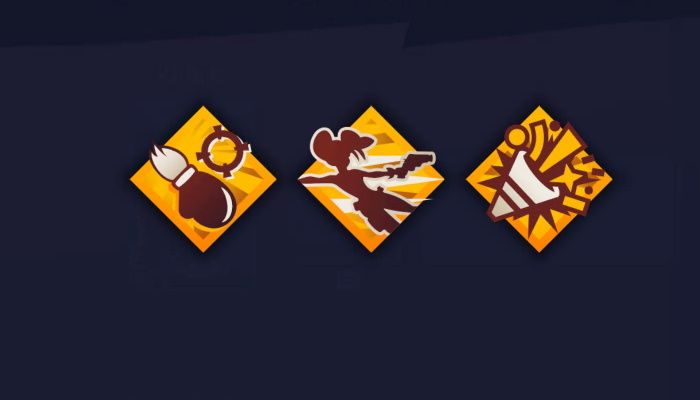 All of Harley's Signature Perks are, at the very least, pretty interesting. Confetti Explosion is a unique Signature Perk in that it actually has a downside; it removes the ignite debuff from her confetti effect. However, in its place, the enemy will be launched upward. As you may expect, this means that you can get even more cheesy kills when using Harley's vertical attacks.

Glove Control is an excellent perk to have, as it allows you to aim your Boxing Ringer attack. This makes that move even more potent than it already was for edge guarding. You can even ricochet her boxing glove across surfaces to hit at tricky angles. This feels like a tool with incredible potential, but you are going to need to put the work in, as it does require some precision to use effectively.

The last Signature Perk is Smooth Moves. We aren't certain if this perk has the same long-term potential as the other two, but it is the easiest one to get utility out of immediately. Smooth Moves makes her Prank Shot invincible during the startup frames. This means that a move that was already useful for harassing your opponent becomes even more obnoxious. Of the three, this is the easiest one to use effectively out of the gate, but the other two are very good as well.

At the end of the day, you really can't go wrong with any of Harley's Signature Perks. If you want more cheesy setups, Confetti Explosion is a good choice, if you want more powerful edge control, take the Boxing Ringer, and if you want to harass your opponents more, Smooth Moves is for you.