MultiVersus: How To Play As Jake

Following the long-awaited release of MultiVersus’ open beta, fans have been absolutely lapping up the game as they pit their favorite Warner Bros. Universe characters against each other in a battle to the death. While the game isn’t the most balanced at the moment, MultiVersus is still a blast to play – thanks to the many different playstyles of characters in the roster.

Jake from Adventure Time is one of the more beginner-friendly characters, and thanks to his bevy of hard-hitting attacks and combos – he's a character that you can also morph into your main character. This guide will cover everything you need to know for playing as Jake. 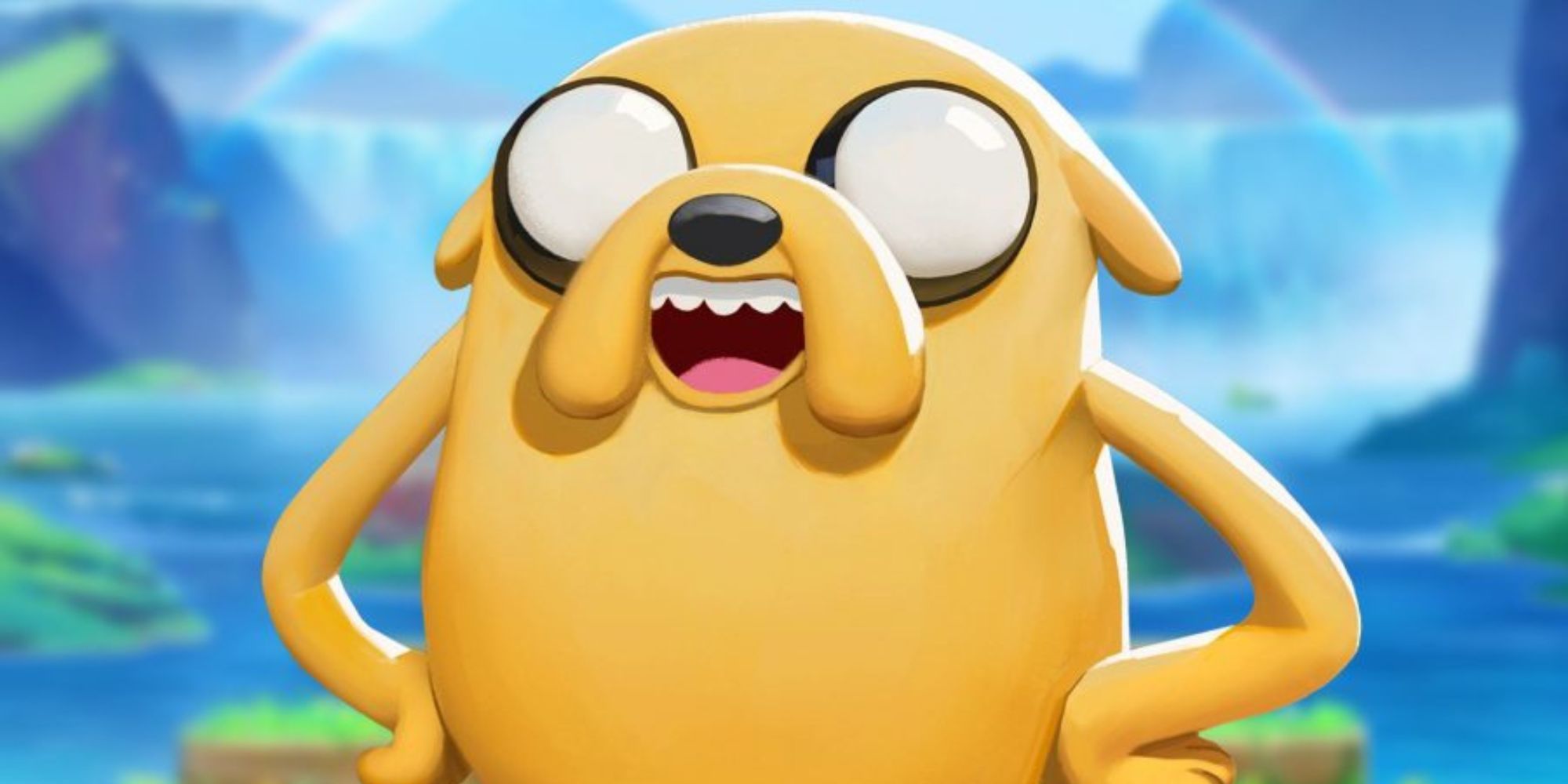 Jake is a bruiser and, as such, is at its best when he is dishing out damage at close range. While this transforming fighter doesn’t have many ranged attacks, most of his attacks have generous hitboxes, which makes them great for chaining combos. Unlike many of MultiVersus’ characters – Jake doesn’t have a passive ability, and the only special gimmick he has is the ability to inflict a weakened status effect upon its opponents. When weakened, opponents have a higher chance of being thrown out of the arena at lower damage levels.

Coming to his standard moves, Jake’s directional attacks transform its arm into heavy weapons and inflict appropriate amounts of damage to enemies caught in their generous range. These moves can range from a split kick to an axe swing to a belly bump to a swing of a spike ball.

Some of these moves also break armor, making them perfect for spamming against certain defensive opponents.

Variations of these moves can be performed whilst in the air. For instance, the Funky Junk is a strong punch that keeps on stretching until its maximum range, which is the sweet spot you want to hit for maximum damage. Mace In Yo Face is Jake’s Air Up move and is a strong move that unleashes a combo of hard-hitting spike balls onto the opponents.

Lastly, there’s Where’s My Halfpipe, which sees Jake pulling out a skateboard in the air and grinding it on the opponent's face for some serious damage. Since there’s no cooldown associated with this move, it’s also a great choice for spamming against cornered opponents. 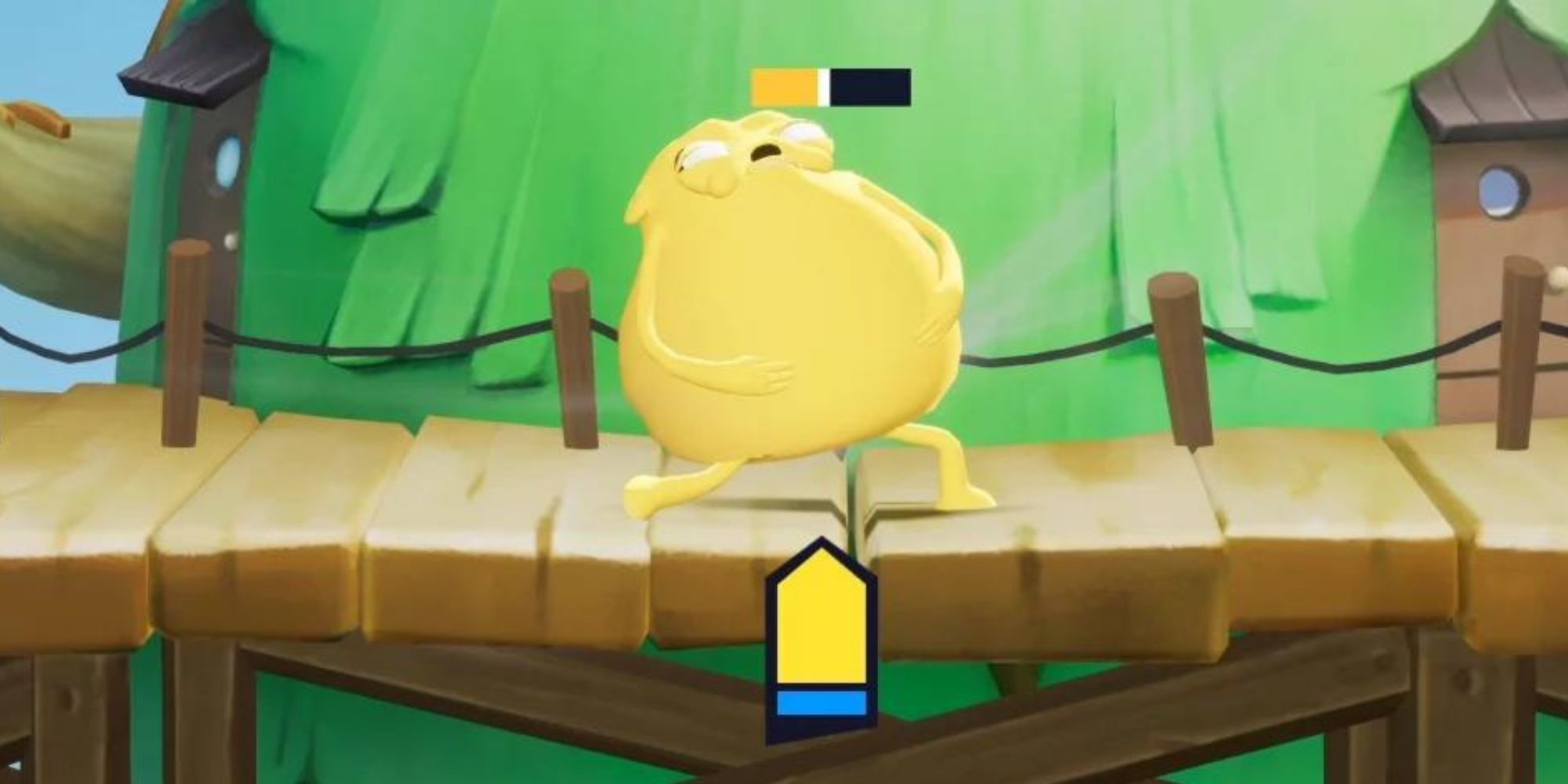 In terms of special moves, Jake’s Neutral Special (called Rubber Stomach, Die!) sees the transforming dog swallowing its opponents. Once swallowed, you are free to carry them around anywhere you want before finally spitting them out as a projectile, which also inflicts the weakened status effect upon them.

Teammates can also be swallowed through this move and can be spit out as a projectile to cause ranged damage.

The character’s Down Special is called That’s Heavy Dude, and will transform him into a heavy object like a yacht, a house, or a car before performing a heavy slam to the ground. During this state, all projectiles are reflected and enemies caught in the crossfire are knocked back. You can stay in this form by holding down the button, which can serve as a good crutch in a team battle.

The remaining two of Jake’s special moves are Giddy Up! (Side Special) which transforms him into a charging horse, and Stretchin’ Out (Up Special), which stretches out his body. Once the limit is reached, the body snaps back to the position of the head, and any enemies that touch Jake (with the exception of the head) are knocked back. 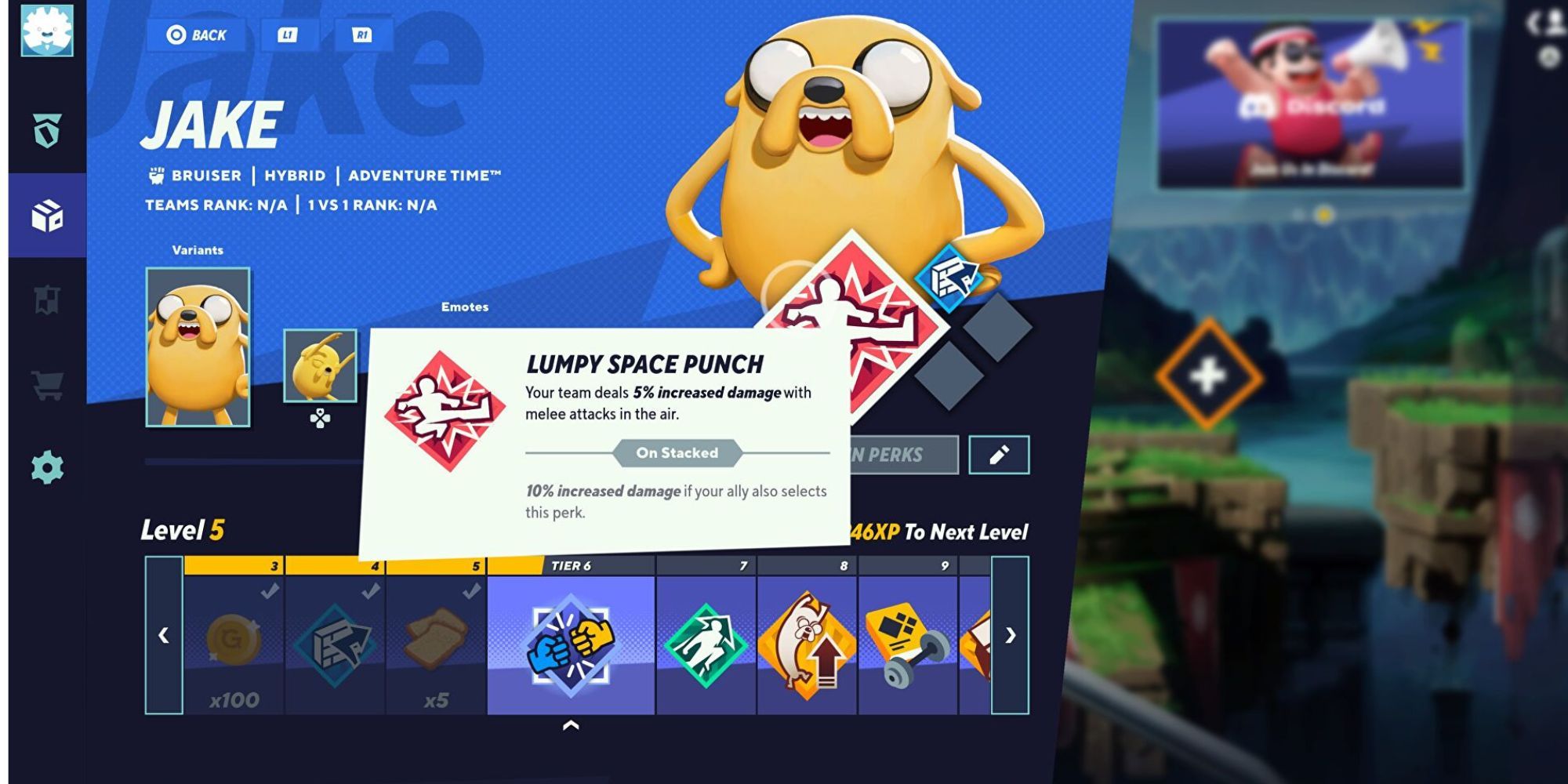 Like every MultiVersus character out there, Jake also has its own progression in the form of unlockable perks which can be unlocked for additional benefits. Here’s a list of all of Jake’s perks:

As for recommended perk layouts, you could go with a combination of Lumpy Space Punch, Toon Elasticity, and Tasmanian Trigonometry for a well-rounded setup that should provide both you and your teammates an edge in battle. If you are particularly planning on stretching the hell out during your fights, you could also use the Sticky perk to make the move even more useful. Last but not the least, the Triple Jump is also a great option for both solo and team fights. 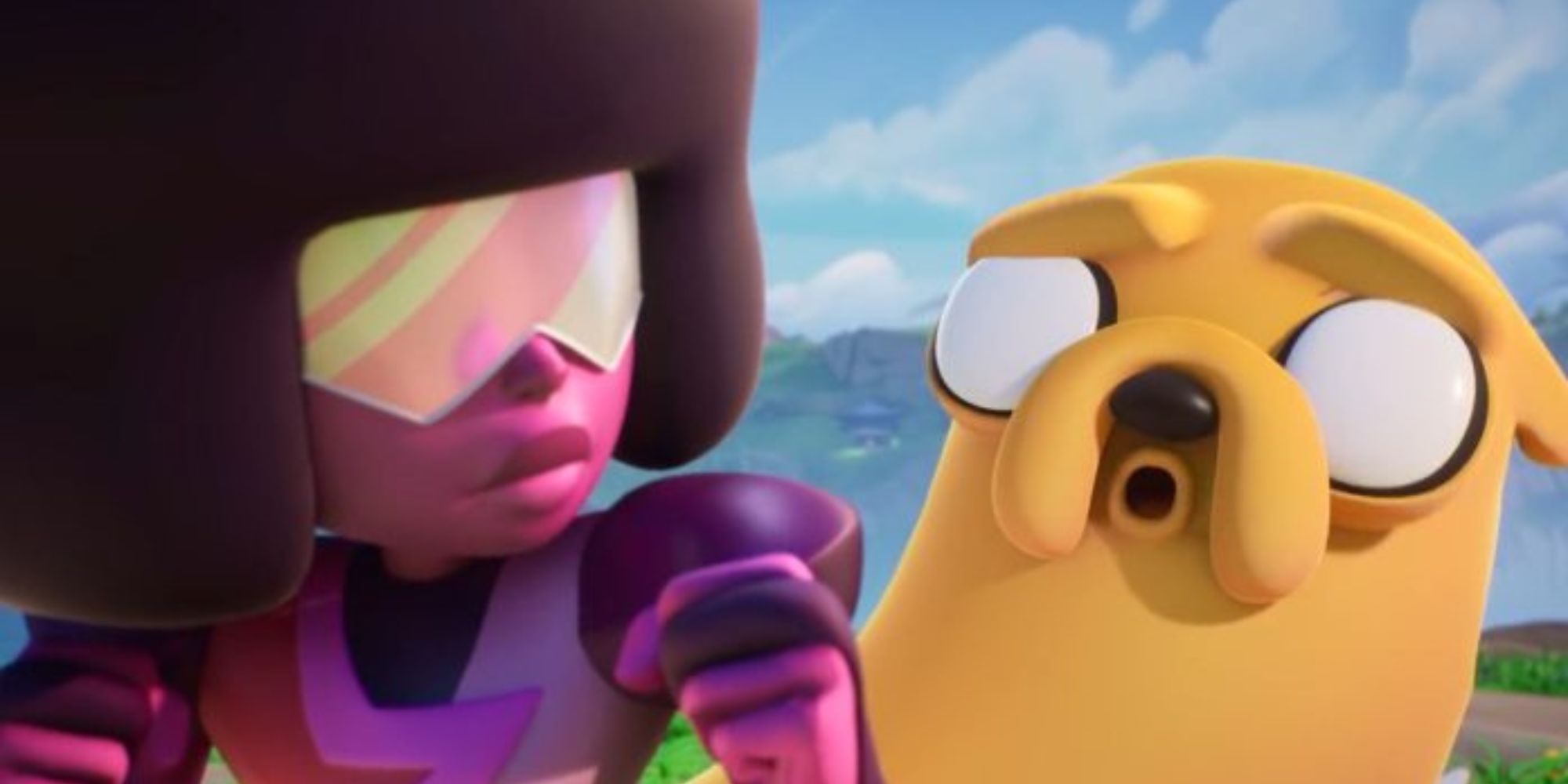 Since Jake doesn’t have any bespoke ranged attacks, it’s best to keep pummeling down your opponent at close range. If the opponent is trying to engage at a distance, you can easily close the gap by charging with the Giddy Up! Move.

The Stretchin’ Out move is a good multi-utility move, and is very useful for getting back into the arena when outside the ring. Keep dishing out attacks in midair and as soon as you reach the boundaries of the stage, stretch to your maximum and make a glorious entry back into the arena. Inflicting enemies with the weakened status is also a viable strategy, which can net you some early kills when combined with the right follow-up moves.

As for Jake’s neutral moves, he has some really good range and can deal high damage when you hit the sweet spot.

In addition to being useful in one on one brawls, he can also be pretty powerful in team battles – especially ones like the Where’s My Halfpipe, which can be spammed repeatedly for stacks of damage.