It’s a game to watch closely because Los Angeles-based Mythical Games is using the decentralized digital ledger technology of blockchain to build games. With this, players can be verified as owners of a piece of a game. The company calls these digital ecosystems built around player-owned economies. And Blankos Block Party, developed with Third Kind Games, is one of the first to use the blockchain tech.

Players can start a collection of digital vinyl toys which are based the characters in the game, and they can create their own levels and minigames inside the world. Folks can now purchase a Founder’s Pack, starting at $25, to receive exclusive and limited in-game content, as well as guaranteed priority access to the game’s private beta and Founder’s status both in Discord and in-game.

“We are excited to release Founder’s Packs to our community of early adopters and tastemakers,” said CEO John Linden in an email to GamesBeat. “We believe these limited-edition packs will introduce iconic characters and accessories into the game, as well as provide us a way to recognize player’s valuable support as Founders. We look forward to getting people into our crazy vinyl toy world to see what they build and share with each other.”

Limited quantities of the Founder’s Packs are available now in four different options, which provide limited-edition Blankos and themed accessories designed by some of the world’s top artists, priority access to the private beta, 100% in-game currency match and other unique items. 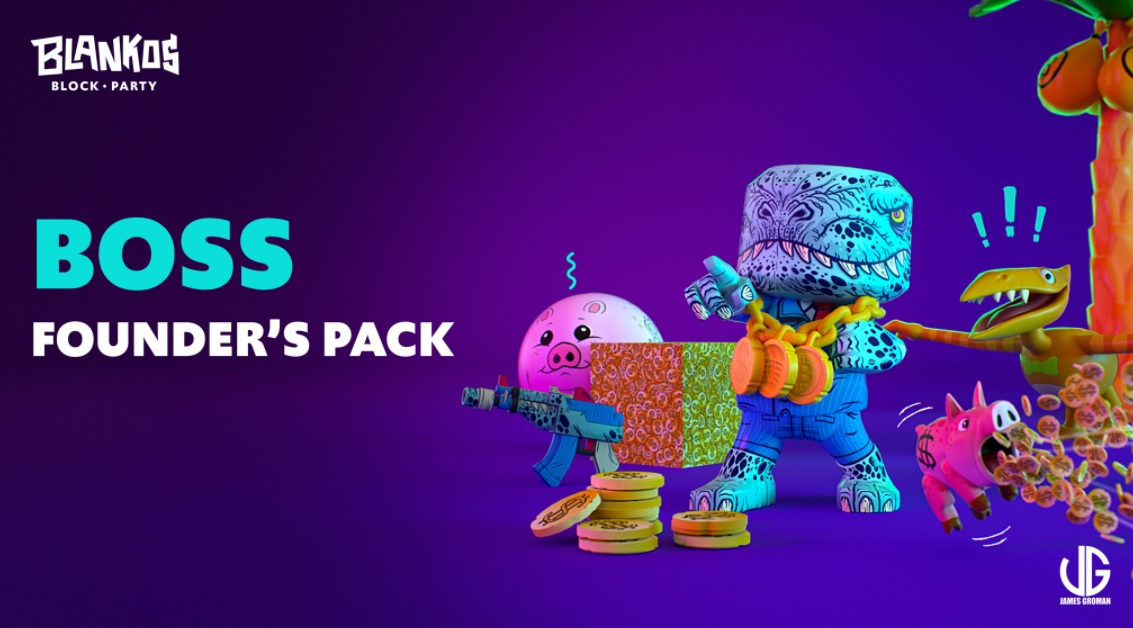 Above: You can buy Mythical’s blockchain-based limited items for $25 to $150.

Blockchain verification enables the company to sell these items and guarantee that they will be available in limited quantities. A $25 Ice Pack allows buyers to receive the exclusive Lolli Blanko and three themed Lolli accessories, Founder Status and Lolli emoticon and 2,500 Blankos Bucks. If those bucks grow in value over time, the user can actually make money from the transaction.

A $50 purchase will get the buyer a Tako Blanko, designed by multimedia artist Junko Mizuno. The buyer will also get two themed Tako accessories, a unique Tako-themed Build Mode asset, a Build Mode item wrap, Founder Status with Lolli and Tako emoticons, and 5,000 Blankos Bucks. The company is also selling $100 and $150 packs.

Founder’s Pack items will only be available until the limited quantities sell out, whichever comes first. Mythical will not reissue these limited-edition Blankos or their accessories in the future. These exclusive Founder’s Pack items will be available for purchasers to unbox and play immediately in the private beta, and can also be sold to other players when the Blankos secondary market launches. Each Founder’s Pack will also be numbered in order of purchase and recorded on blockchain to enhance collectibility and future resale value for players.

Blankos Block Party will be available to invited players and Founder’s Pack purchasers in supported regions beginning Nov. 17, through the Mythical launcher. The game is expected to debut on the PC this year.

A year ago, Mythical raised $19 million in funding from Javelin Venture Partners and others including Avon Ventures, Alumni Ventures, Hashed, Galaxy Digital via its Galaxy EOS VC Fund, and Struck Capital. The company has raised $35 million to date.