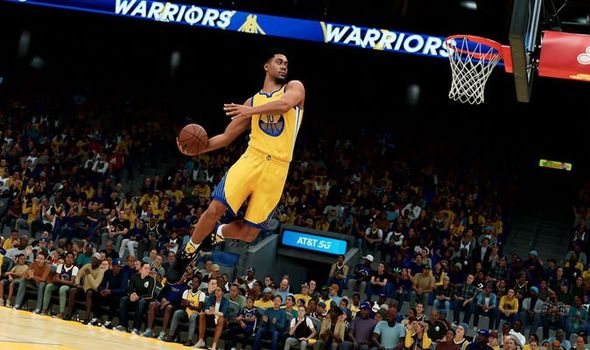 The popular annual basketball sim will be available in store and online from September 10.

Unfortunately, however, the only bad news is that NBA 2K22 won’t have a pre-release, early access period.

Without an early access demo, fans will have to get their information by checking out 2K’s courtside reports.

The latest NBA 2K22 courtside report looks at the new and improved City feature in the sports sim.

According to 2K Sports, The City will be incorporated into the MyCAREER mode on PS5 and Xbox Series X/S, which is a welcome surprise for next-gen fans.

“2K today revealed an in-depth look at the updates coming to The City in NBA 2K22 for PlayStation 5 and Xbox Series X|S, featuring a vibrant basketball community, a variety of rewards and activities, and a fresh new MyCAREER story with an original quest-driven narrative, cutscenes, and vibe that all takes place within The City.”

The next-gen versions will feature more NPC characters for a more populated city.

PS5 and Xbox Series X users will also be able to perform new City Quests, which open up new careers away from the court.

Fans will be able to become fashion moguls with their own range of designer clothes, or rappers with hit songs.

Elsewhere, players can upgrade their homes, which is where they’ll receive new quests and challenges. You can even add ziplines to take you directly to a court.

New rewards will be available on PS5 and Xbox Series X, such as Go-Karts, skates, emotes, intros and animations.

• New City Quests will be solo ventures for players to experiment with their careers off the court, from becoming a fashion mogul to a rap icon;

• An increased population will make The City feel as if it’s teeming with life, featuring new NPCs to fully bring the world around you together;

• Ability to upgrade your crib – such as a penthouse with a zipline to take you directly to specific courts – as a player’s home plays a part in MyCAREER as a location where coaches and friends will give players new quests;

• Explore new buildings added to The City, including a matchmaking building and Club 2K, where players can access music from some of the hottest labels that drop with every Season;

• Rewards include new ways to get around The City, such as Go-Karts and Inline Skates, new emotes, intros and outros, animations, customized name plates and more.