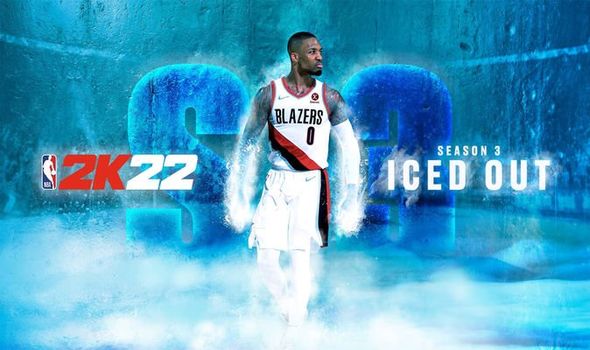 A new NBA 2K22 update is available to download today ahead of the game’s Season 3 launch.

While we don’t have a rundown of everything that’s included in the new patch, we do know what will be added to the game later this week.

That’s because Visual Concepts has confirmed that NBA 2K22 Season 3 will release on Friday, December 3, across PlayStation, Xbox and PC platforms.

The development team behind the hit Basketball sim has confirmed that Season 3 will be called Iced Out and will bring a festive feel to the game’s social hubs.

A new deal with Def Jam Records also means the introduction of fresh music and tracks, as well as the headlining Clutch Time mode in MyTEAM.

As mentioned above, Season 3: ‘Iced Out’ focuses on the clutch gene, showcasing Damian Lillard’s ability to bury the competition with some of the coldest game-winning shots in NBA history.

A message from NBA 2K adds: “Being a clutch player means you need to have ice in your veins, and the ability to be unfazed by any situation. Portland Trail Blazers star point guard, Damian Lillard, has made a habit of freezing the competition and burying them with some of the coldest game-winning shots in NBA history.

“For NBA 2K22 Season 3, we’re calling upon all players undeterred by the elements to channel their inner Damian Lillard and showcase their clutch gene in what will be NBA 2K22’s coldest season yet.

“Decorated from top to bottom with garlands and wreaths, the City and the Cancha Del Mar will be your home away from home this holiday season. For six weeks, beginning December 3, joy and cheer will blanket the courts like a fresh snowfall, and you’ll swear you can smell hot cocoa and chestnuts in the air.

“From new rewards to chilly pickup games on the rooftops of the City, Season 3 will celebrate the Holiday season and ring in the New Year with fresh, festive content.”

At the heart of the City, gamers will find a full Holiday tree laced with ornaments, twinkling strands of lights, and presents abound sitting at its base.

And on the morning of December 25, everyone will be able to head to its base to claim a present on PlayStation 5 and Xbox Series X|S, or directly to account on Xbox One and PS4.

Other features coming during NBA 2K22 Season 3 include the following:

NBA 2K22 features some of the most scenic courts in the history of the franchise, and starting in Season 3, we’ll be taking things to the next level by introducing the City Slam. On PlayStation 5 and Xbox Series X|S, battle in a series of 2v2, 3v3, and 4v4 competition against players that take place exclusively on City rooftops, all orchestrated by the great Jackson Ellis. Convince sceptical streetballers to join your team by beating them on their own turf, then bring your custom-built roster into the final City Slam tournament, where you’ll compete in a variety of challenges against increasingly elite opponents. Playing in the City Slam will earn you some fantastic rewards, including a championship belt for winning the whole thing.

We want to address a change we’re making to the way 2XP Coins work in NBA 2K22 Seasons. Starting at the beginning of Season 3, your previous 2XP Coins will not transfer over from Season 2. While we’re changing the format from Season 1, we believe this will improve the Season-to-Season experience and competitive balance. Going forward, 2XP coins will now remain tied to the Season they were acquired in, so make sure to use those 2XP Coins as you’re leveling up in this Season and beyond.