Necromunda Hired Gun: How To Make The Most Of Credits

Nothing comes for free in Necromunda: Hired Gun. Whether it’s upgrades for your arsenal, better bionics, parts for your pooch, or supplies to keep you capping heads and chasing down bounties, you’re going to need credits.

This is especially important once you get to the later stages and higher tier bounties as the game will throw bigger, stronger, and more aggressive enemies at you, and having the right gear to fend them off can make a difference. There are a lot of different ways in which you can keep your hunter’s wallet bursting with cash and if you’re smart about your spending you can end up sitting on quite a pile of money by midway through the game. So if you’re short on credits or you just want to make the most of what you have, then here are a couple of tips to help you get started in this brutal 40k universe. 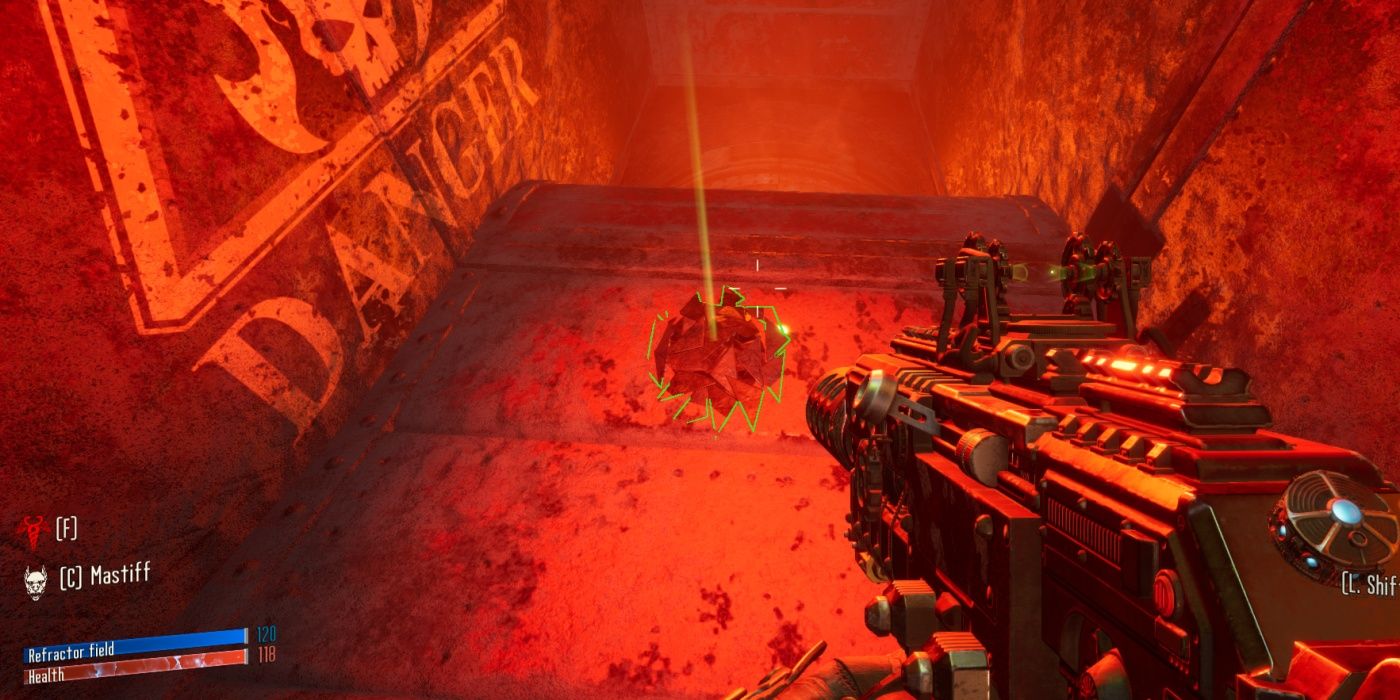 Exploration in Necromunda: Hired Gun is actively encouraged. The levels are all appropriately large, and just like the rest of the 40k universe, there’s a lot that doesn’t make sense. But there are often some rewards hidden away for those that like to wander off the well-beaten path.

Quite often there will be a pile of credits or a chest with loot placed away down an abandoned tunnel or on a ledge that you can grapple up to. So make sure to scrape your surroundings for any hidden path. Also, don’t worry if you think you’ve missed anything since the levels in the main story are all replayable. You can always come back with a stronger Bounty Hunter to pick up what you left behind the first time. 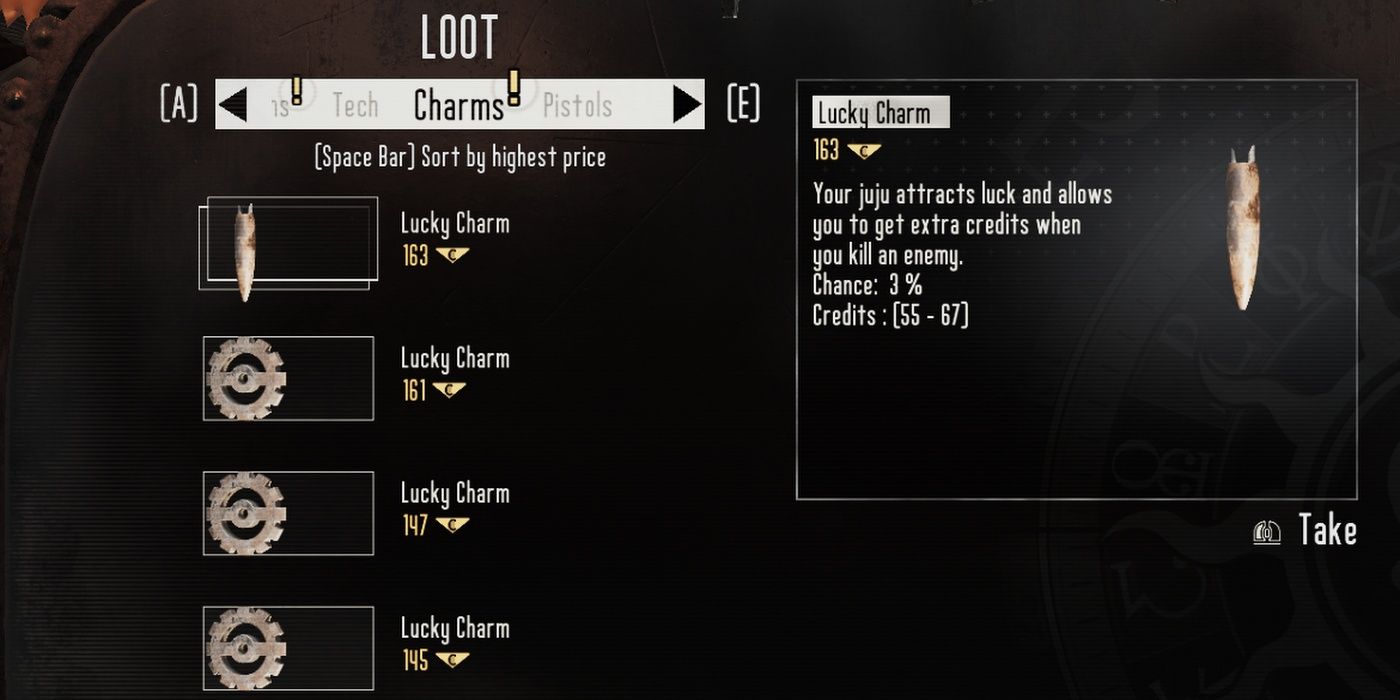 Your Bounty Hunter has quite a few customization options available. One of the most beneficial ones is the large degree of personalization you can put into your guns, specifically the trinkets.

These little oddities apply status buffs to your character, and the ones you definitely want to be on the lookout for are those that increase credit drops. Early on they’ll offer a small percentage of increased drop rates, but as you progress you can turn each level into quite the earner if you have the right trinket equipped. So always fine-tune your guns after each mission to make sure you’re maximizing your credit drop potential.

Check Around The Hub Bar 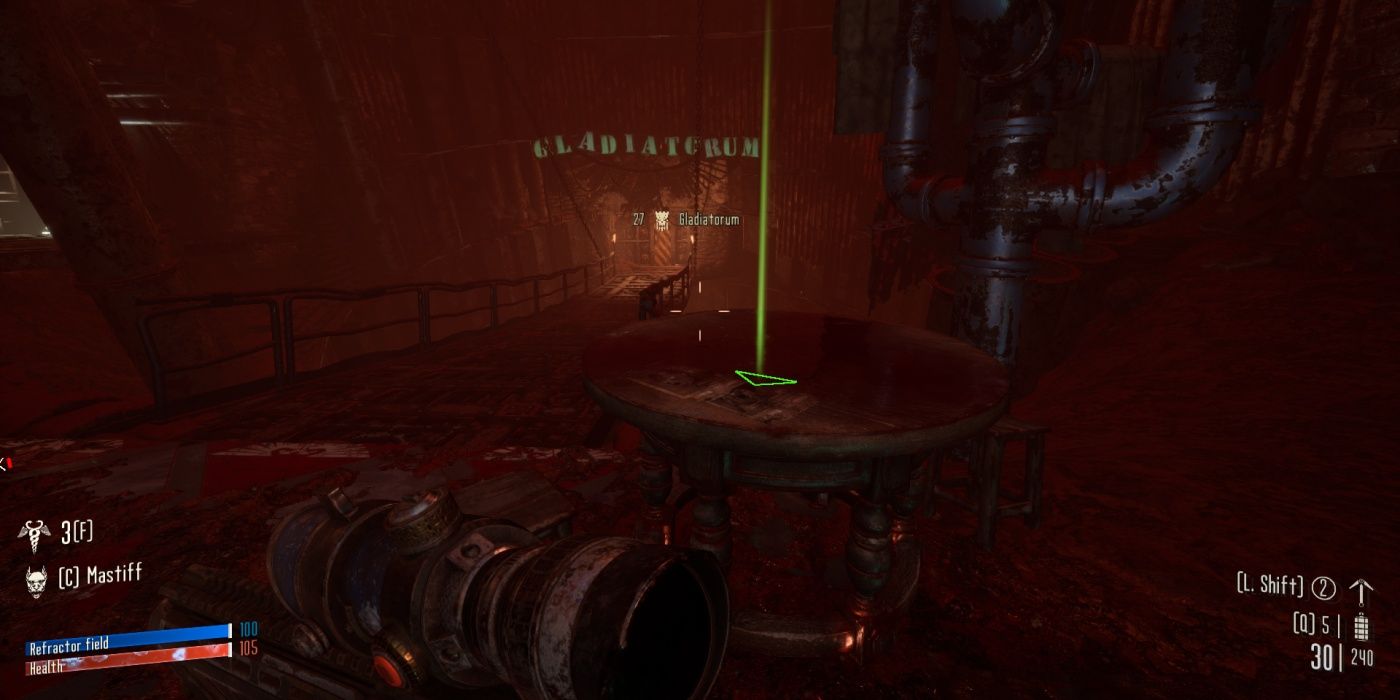 The hub bar you spend the majority of your time wandering around in Necromunda: Hired Gun is not just a place to upgrade your gear and Hunter, it’s also a handy source of credits in between missions.

Usually, after a mission there will be a handful of credits left sitting on or around the bar, possibly left behind by a previous patron to cover their tab. So feel free to grab these unguarded bits of cash whenever you come back to the hub. Just don’t expect a massive payday from doing this as the amount is always relatively small. Still, every little bit helps.

Power Through The Main Quest 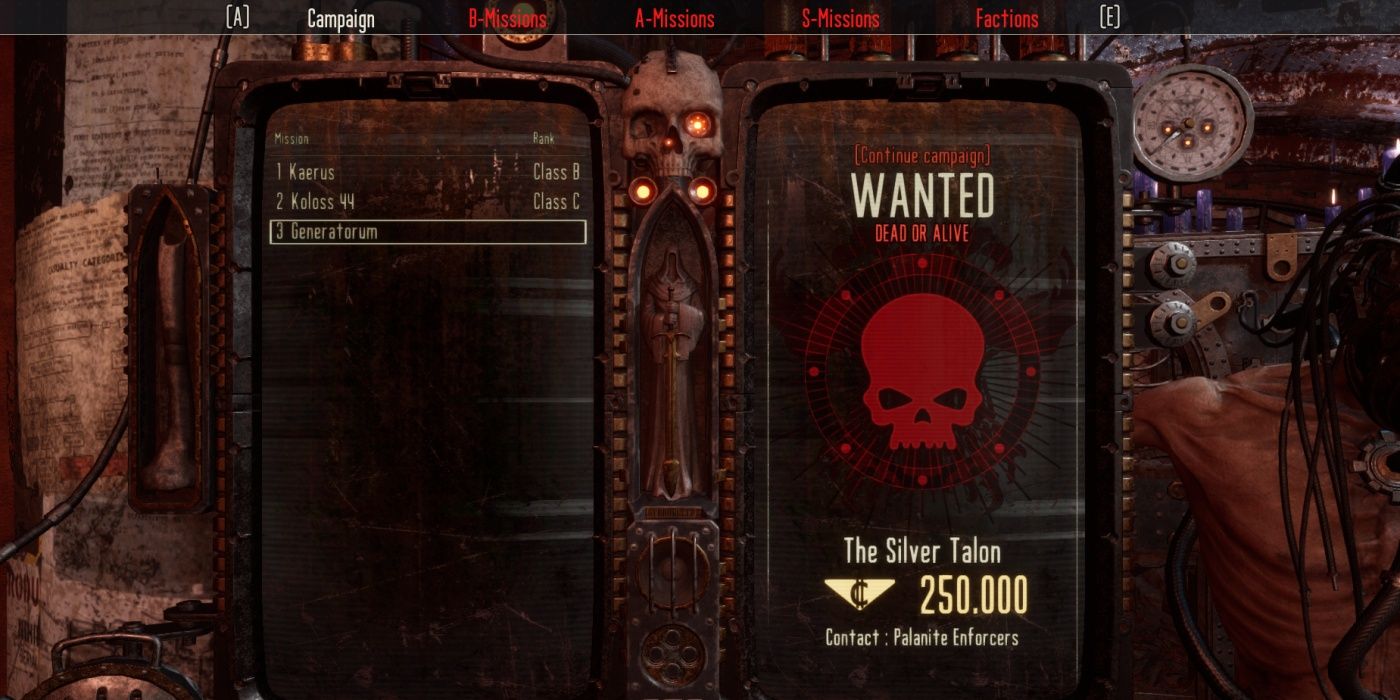 Although it may sound kind of simple, the best way to get a ton of credits is to just play through the story. Your main goal in Necromunda: Hired Gun is to take down The Silver Talon. This target is part of the game’s exciting and action-packed story and taking him down rewards you with a massive 250,000 credits.

The main missions are relatively short and you can power through the story relatively quickly for that massive payday at the end if you feel like it. Plus each mission you beat also rewards you with credits, the amount of which increases as you progress.

Side Missions Are Good For Grinding Credits 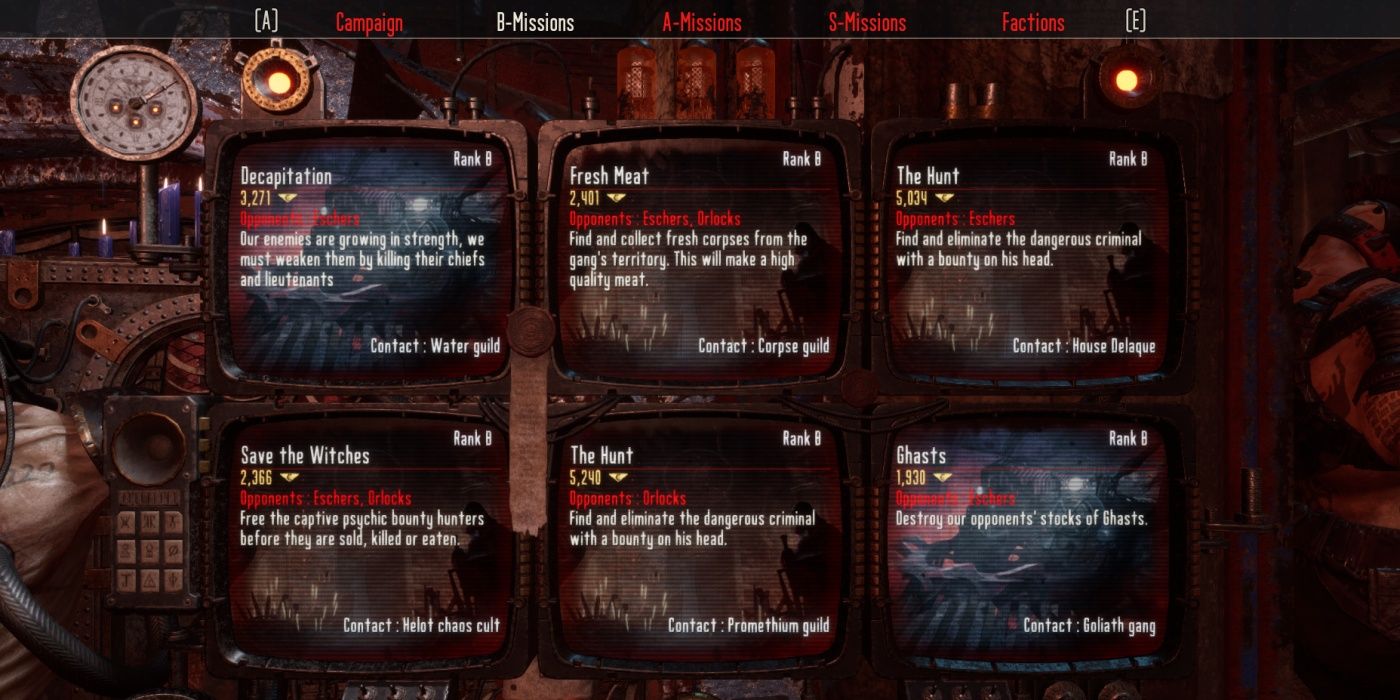 Taking part in Necromunda: Hired Gun’s side missions is another thing that’s highly recommended if you want to get more credits quickly. These jobs are pretty simple and they can be anything — taking down a specific morally bankrupt target, killing off numerous gang bosses, defending an area against waves of enemies, or collecting corpses for research, you name it.

Each mission is ranked by difficulty going from B to S, with the higher-ranked missions paying out more than the lower ones. With some paying up to 10k or more per job, you can end up sitting on quite a large pile of credits in a short space of time.

Don’t Get Attached To Gear 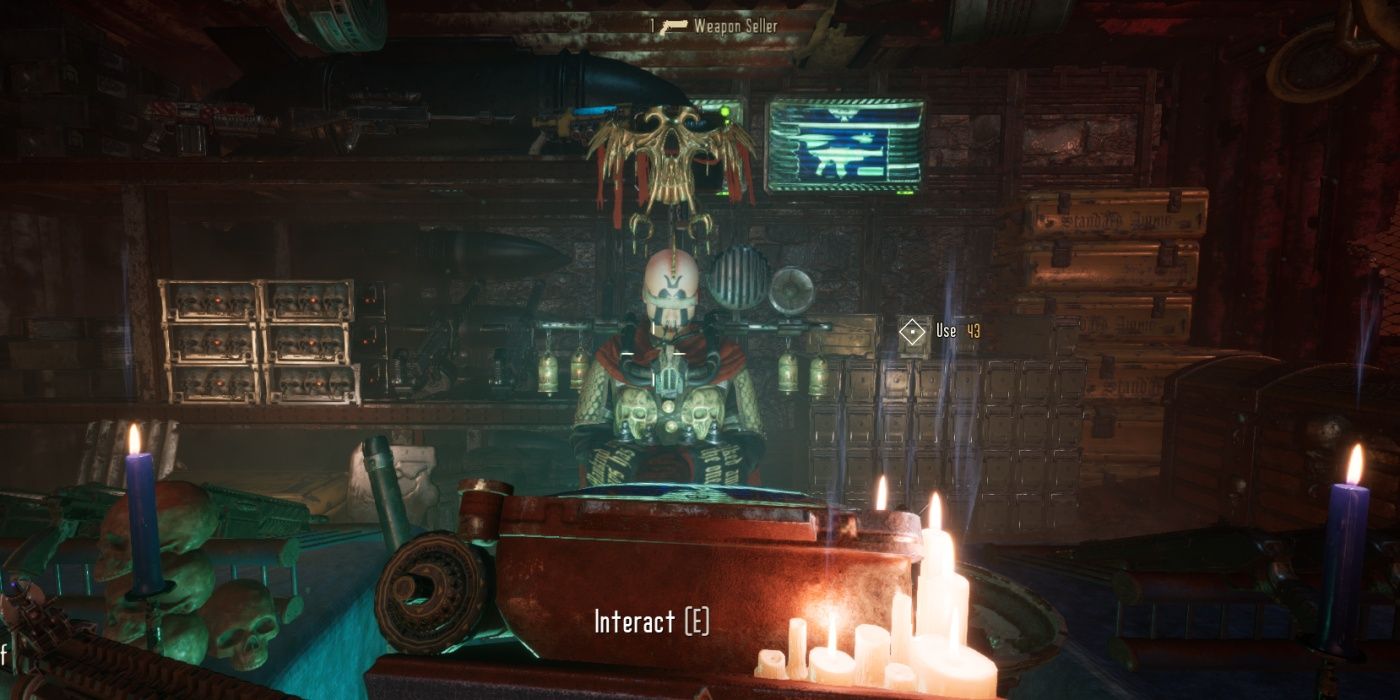 Necromunda: Hired Gun is primarily a looter shooter. Although not as refined as the likes of Borderlands, you can still pick up the occasional weapon or piece of gear from enemies, or find a large pile from chests that are hidden away in the various sprawling levels.

But you can only carry so many weapons with you and equip even less. So ideally, you should swap out anything that’s stronger than what you currently have and sell off the rest. The game also likes to throw duplicate weapons at you, especially early in the game. So if there’s a particular gun you like to use but it’s fairly weak, it might be worth selling it until a stronger one drops later.

Keep An Eye Out For Caches 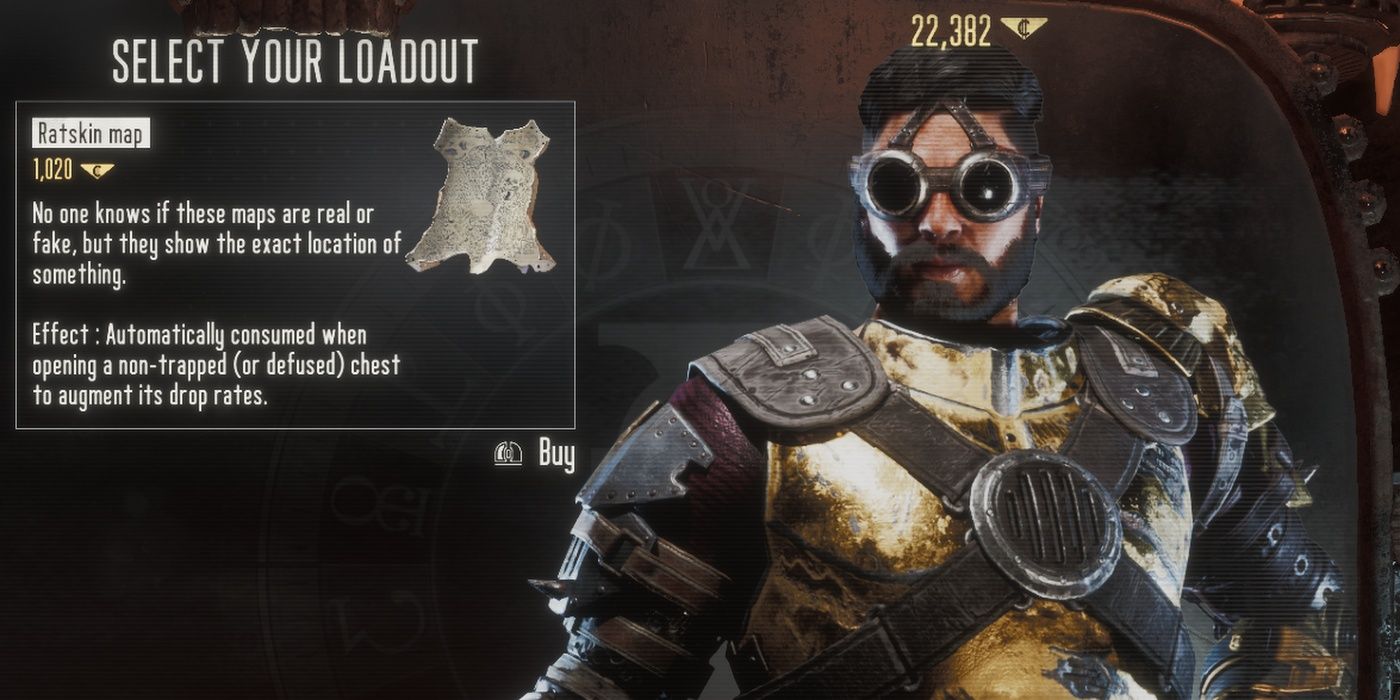 Although these are much rarer than the chests, you might occasionally encounter a cache of credits that’s been hidden away in some hole or dingy closet in the Underhive. These small crates of cash usually contain anywhere between a couple hundred to a few thousand credits if you’re lucky.

So always keep an eye out for any cache you might come across. You can also increase the chances of one spawning by using special augments before you start any mission to provide you with better drops.

Don’t Spend It All On Bionics 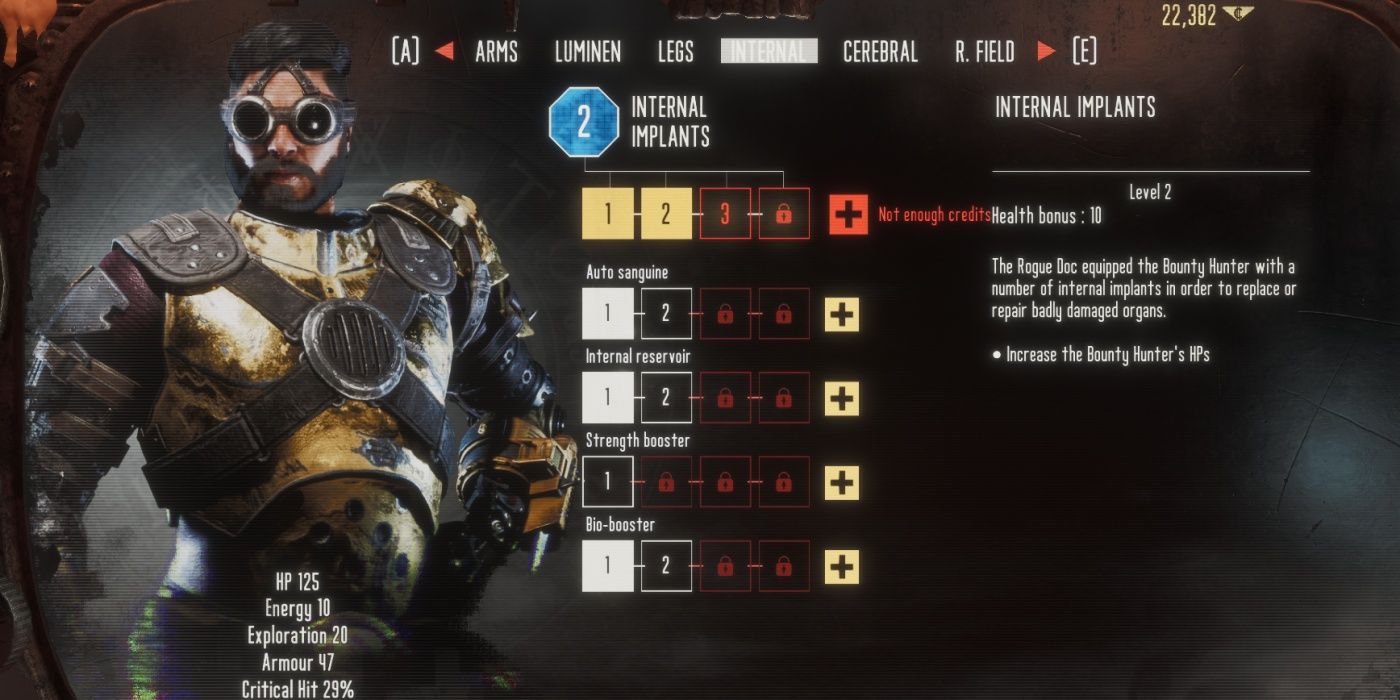 The bionic upgrades you can get your hands on in Necromunda can make your Bounty Hunter absolutely unstoppable, especially towards the end of the game. From a grappling hook to slow motion, auto-aim, and even ground pound abilities that send shockwaves out, you can become a supremely powerful cybernetic killing machine in the Underhive.

However, you can complete the game without using all of them, and often when combat really gets going you can often forget that they’re there at all. With the upgrades being so expensive and it often being much easier to bring a really strong gun into a hunt, the Bionics are something you can just save your credits for later.

Dog Upgrades Are A Waste Of Credits 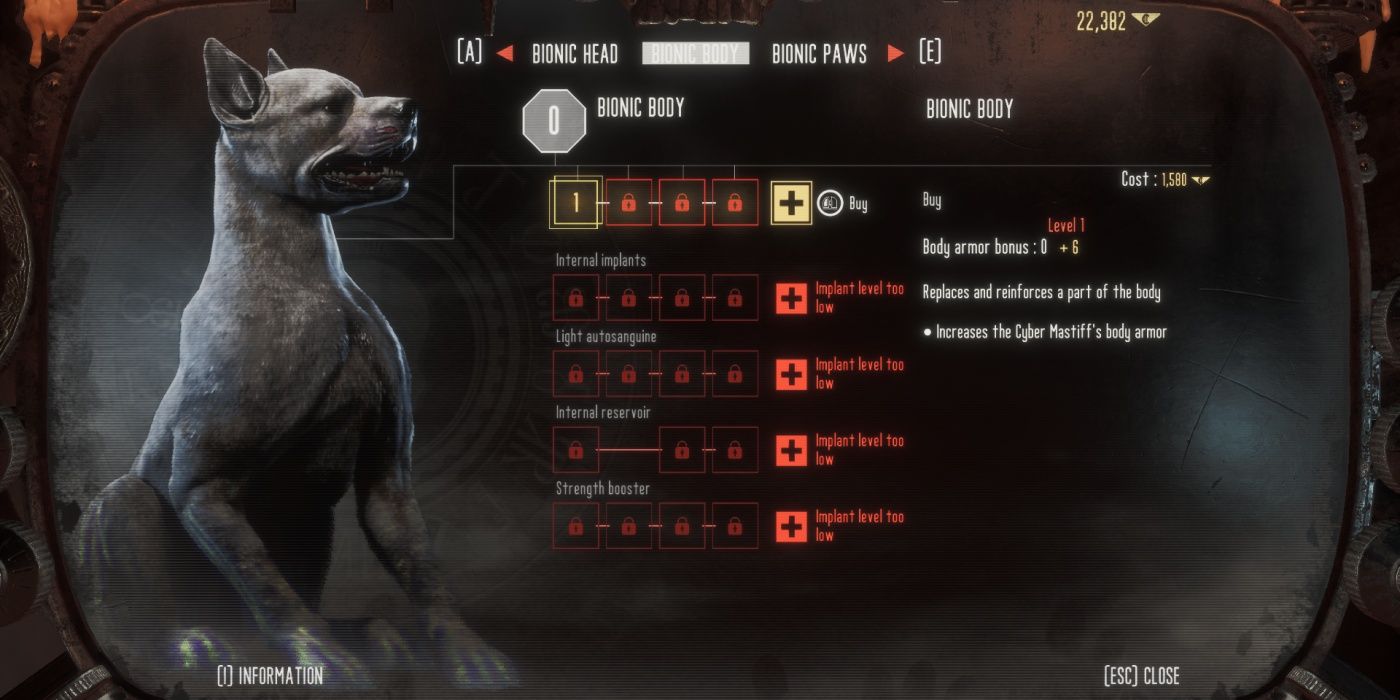 One of the biggest selling points of Necromunda: Hired Gun when it first launched was the fact that you got your own dog and the ability to upgrade it with cybernetics. Whilst this sounds incredibly cool on paper, in practice, it doesn’t live up to expectations.

The mastiff still has pathing issues and will often either simply stand there or do minimal damage. You can upgrade him with cybernetics, but the damage increase is small at best and unnoticeable at its worst. With each upgrade costing quite a few credits, you’re better off focusing on making yourself stronger. 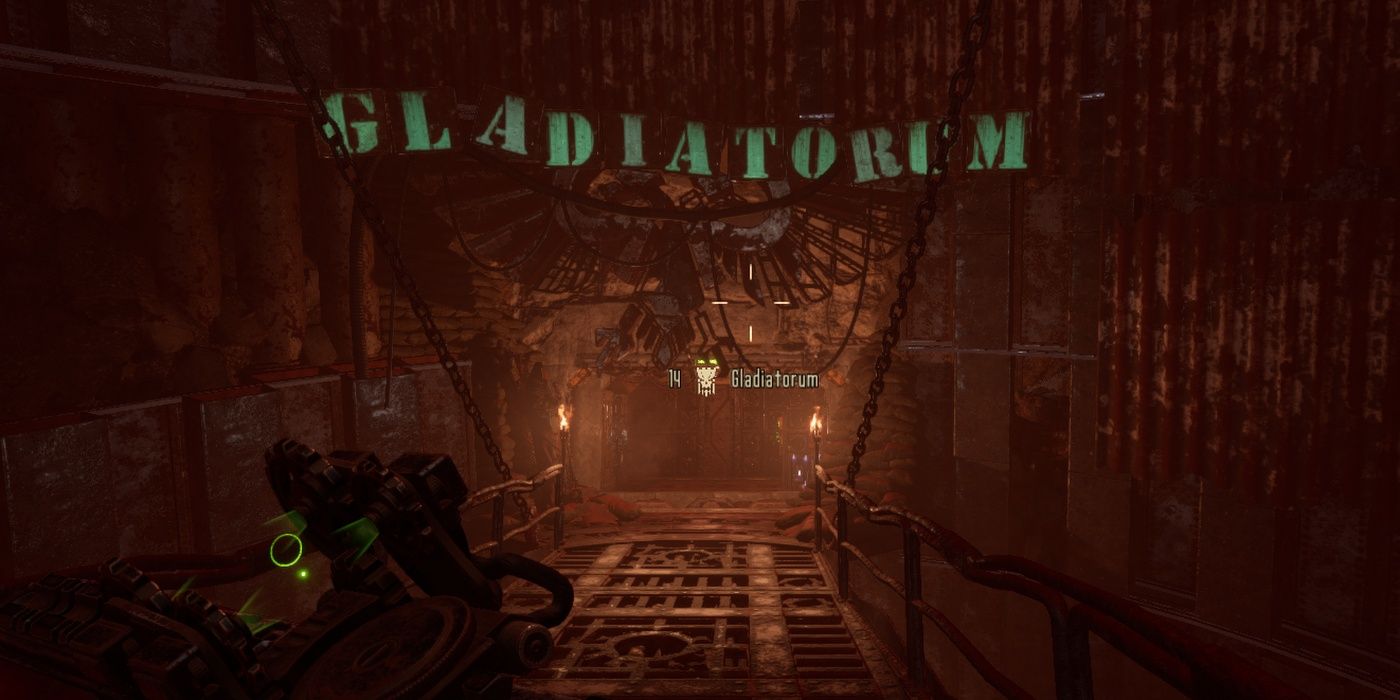 The Gladiatorum in the hub often goes unused by the majority of players. However, it’s a good way to grind out trophies and you can also get a small number of credits for participating in fights.

Not only does it let you blow off some steam in one of the most fun 40k games to come out in a while, if you have trinkets equipped that cause enemy combatants to drop credits, then it can become an easy way to grind up a few extra bits of cash.