Netflix and Sky watch out! Microsoft and Facebook working on something bigger than TV 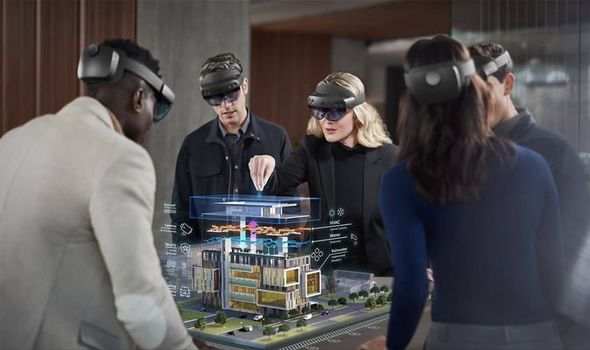 The streaming wars currently feature several rivals battling it out to win the most subscribers, with Netflix, Amazon Video, HBO Max and Disney+ some of the most popular.

Sky is an older name in TV in the UK and remains one of the most popular subscription services for content and broadband in the country.

But other much larger Tech companies are working on something that could change how we consume entertainment in the future.

And it will be interesting to see just how popular something called the Metaverse could prove to be among those who currently enjoy watching TV shows on Netflix and other platforms.

Currently just a buzzword among companies, the Metaverse is supposed to be a hybrid between the real world and the digital space.

And while we have heard of these things in the past, the difference now is that virtual reality and augmented reality tech is making it easier to see how these environments could become a lot more immersive.

The metaverse doesn’t exist right now but some experts believe it could be the thing that replaces the current internet experience.

It would make it possible to watch a massive screening of the next big TV Show or finale as part of a community, together in a shared digital space.

An early concept of this has been shown in Fortnite Battle Royale, a popular video game which is available to play for free over a number of different devices.

A recent event within the game allowed fans to congregate and experience an interactive Ariana Grande “concert” which included music and large visual effects.

And now companies like Microsoft and Facebook want to take it further by making it easier to immerse yourself in future events, which could have a huge impact on how traditional media is consumed.

Facebook recently confirmed its plans to start work on its version of the metaverse, with CEO Mark Zuckerberg outlining his vision for what that might look like to The Verge earlier this month, explaining:

“The metaverse is a vision that spans many companies — the whole industry. You can think about it as the successor to the mobile internet. And it’s certainly not something that any one company is going to build…

“But the metaverse isn’t just virtual reality. It’s going to be accessible across all of our different computing platforms; VR and AR, but also PC, and also mobile devices and game consoles…

“I think that this is a persistent, synchronous environment where we can be together, which I think is probably going to resemble some kind of a hybrid between the social platforms that we see today, but an environment where you’re embodied in it.”

Microsoft is another company taking on the challenge of creating the metaverse, and is a tech titan that has both the ability to host such experience through the Cloud and offer an immersive experience through its Azure mixed reality headsets.

Microsoft’s version of the metaverse looks to be more business-oriented but could still affect big platforms like Windows in the future.

A recent statement from Microsoft explains more, reading: “Imagine taking any complex environment and applying the power of technology to create awe-inspiring experiences and reach new business heights that were previously unimaginable.

“The possibilities are endless: A retail store where the shopping experience is optimized in real-time and shelves are always stocked.

“A supply chain that tracks and reduces carbon emissions. A process manufacturing line that adjusts for variations in natural ingredients and automatically detects and compensates for operational bottlenecks. A city plan that simulates various growth proposals to ensure they’re making the best use of energy sources.”