Owen Egerton’s Mercy Black is a Schrödinger’s Cat of a movie. Is it a realistic horror thriller about homicidal delusions, or is it a supernatural thriller about a malevolent specter? You’ll have to watch the film to find out, but you may not want to, since it’s not particularly good.

Daniella Pineda (Jurassic World: Fallen Kingdom) stars as Marina, a young woman who, fifteen years ago, when she was just a child, stabbed another little girl in the woods. She and her co-conspirator, allegedly, convinced themselves that a fictional spirit named “Mercy Black” demanded a sacrifice, and in exchange all their pain would be taken away.

In the years that followed, Mercy Black has become a viral phenomenon a la Slender Man, and Marina has been institutionalized under the care of Dr. Ward (Janeane Garofalo). As the movie begins Marina gets released under the care of her sister, Alice (Elle LaMont, Alita: Battle Angel), and struggles to adjust to “normal” life.

Unfortunately, the ghost – literal or figurative – of Mercy Black is following her around. Terrifying memories and pushy true crime enthusiasts refuse to let Marina’s past stay in the past, and all these gruesome stories are starting to take their toll on Bryce (Miles Emmons), her young nephew, who might become Mercy Black’s next murderous pawn. 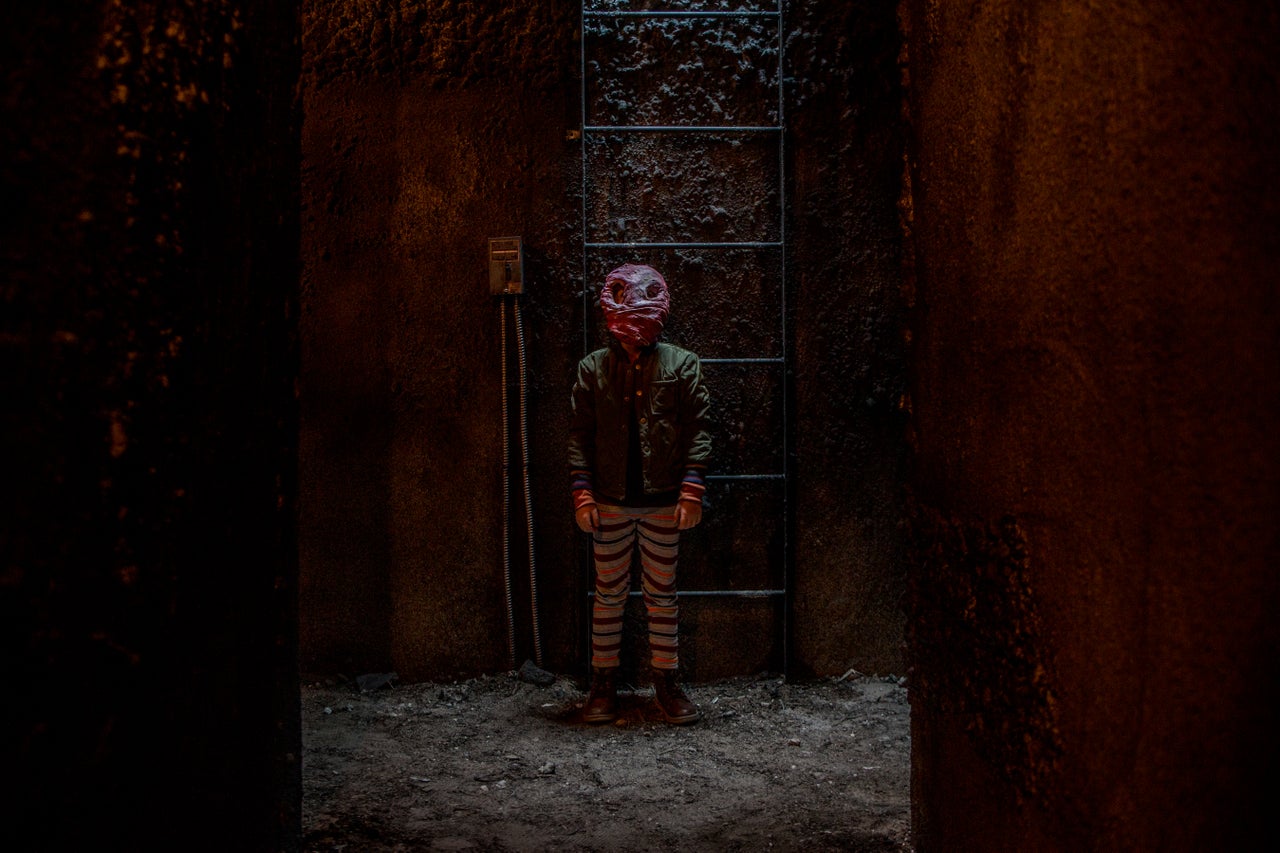 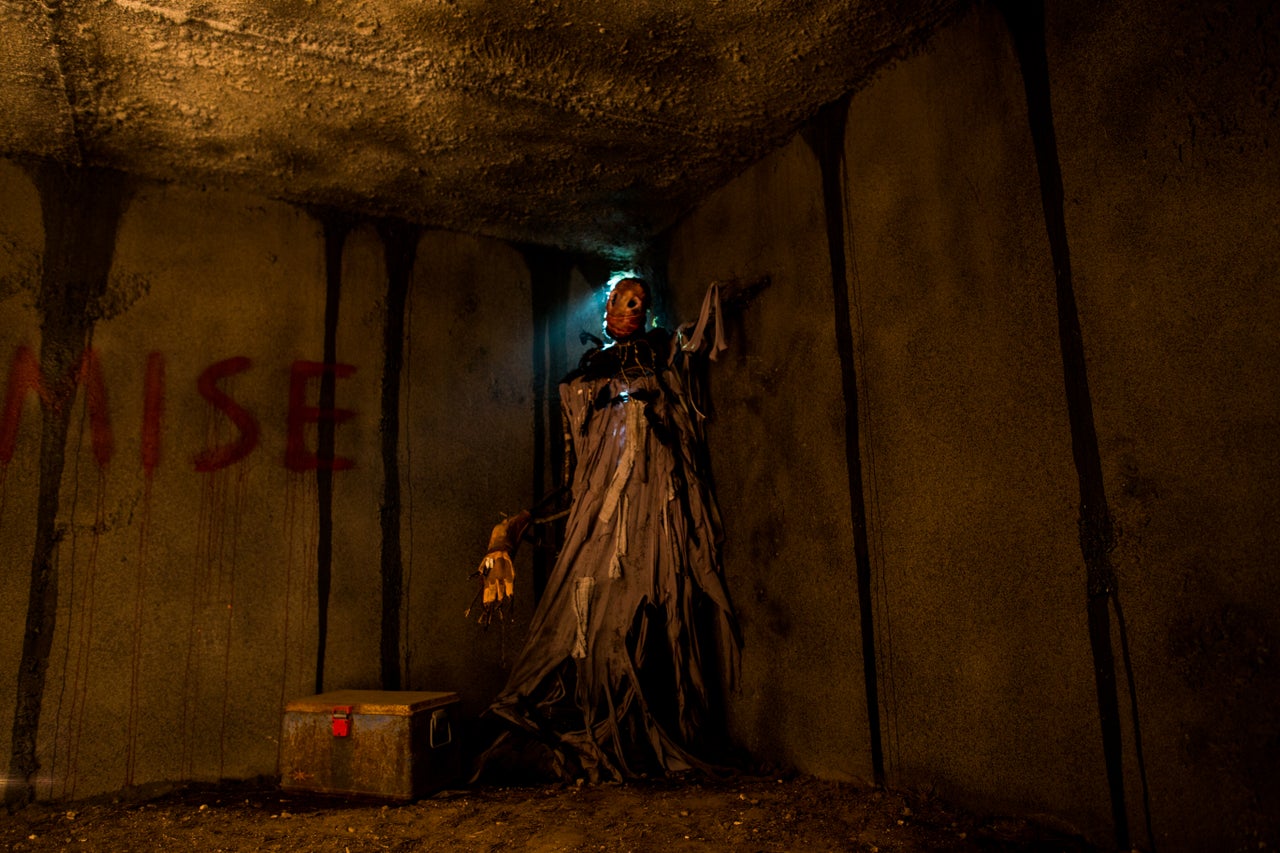 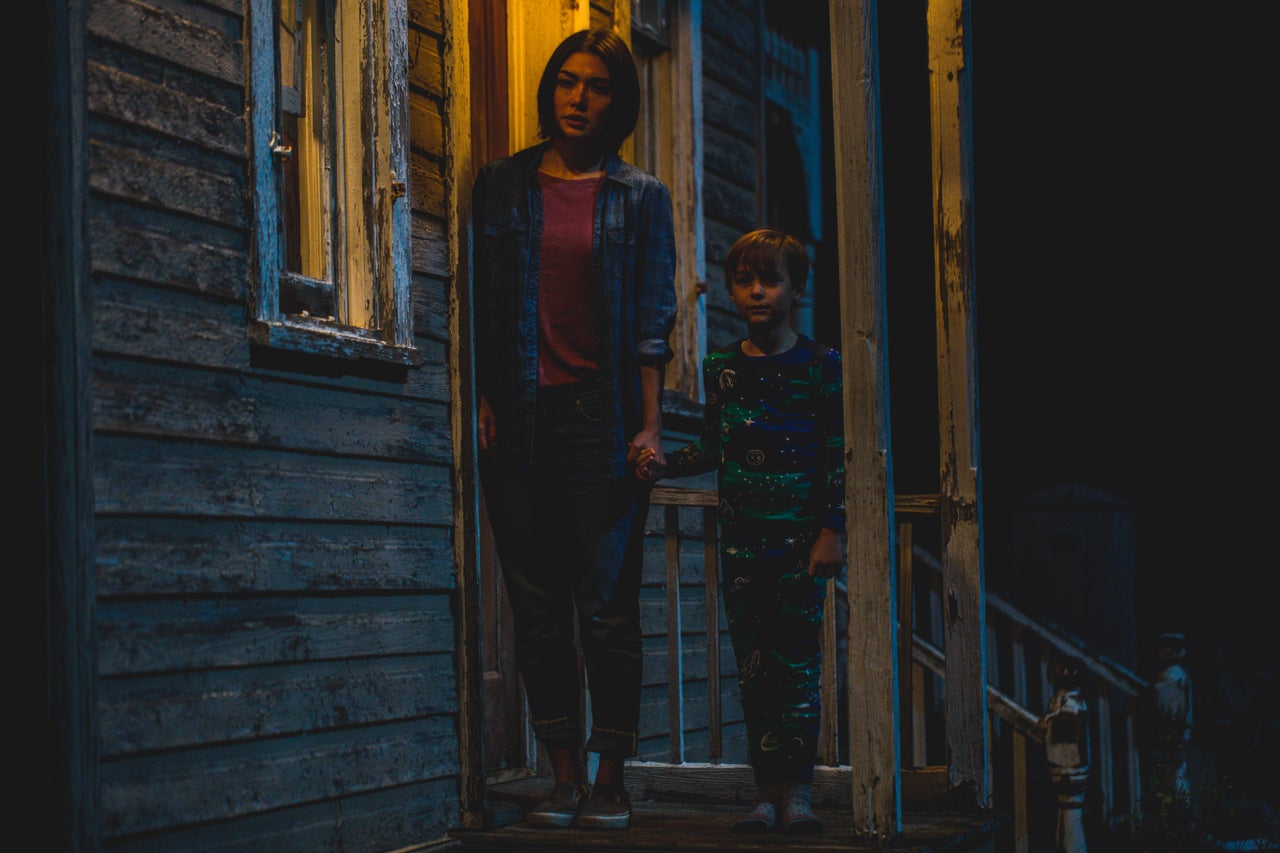 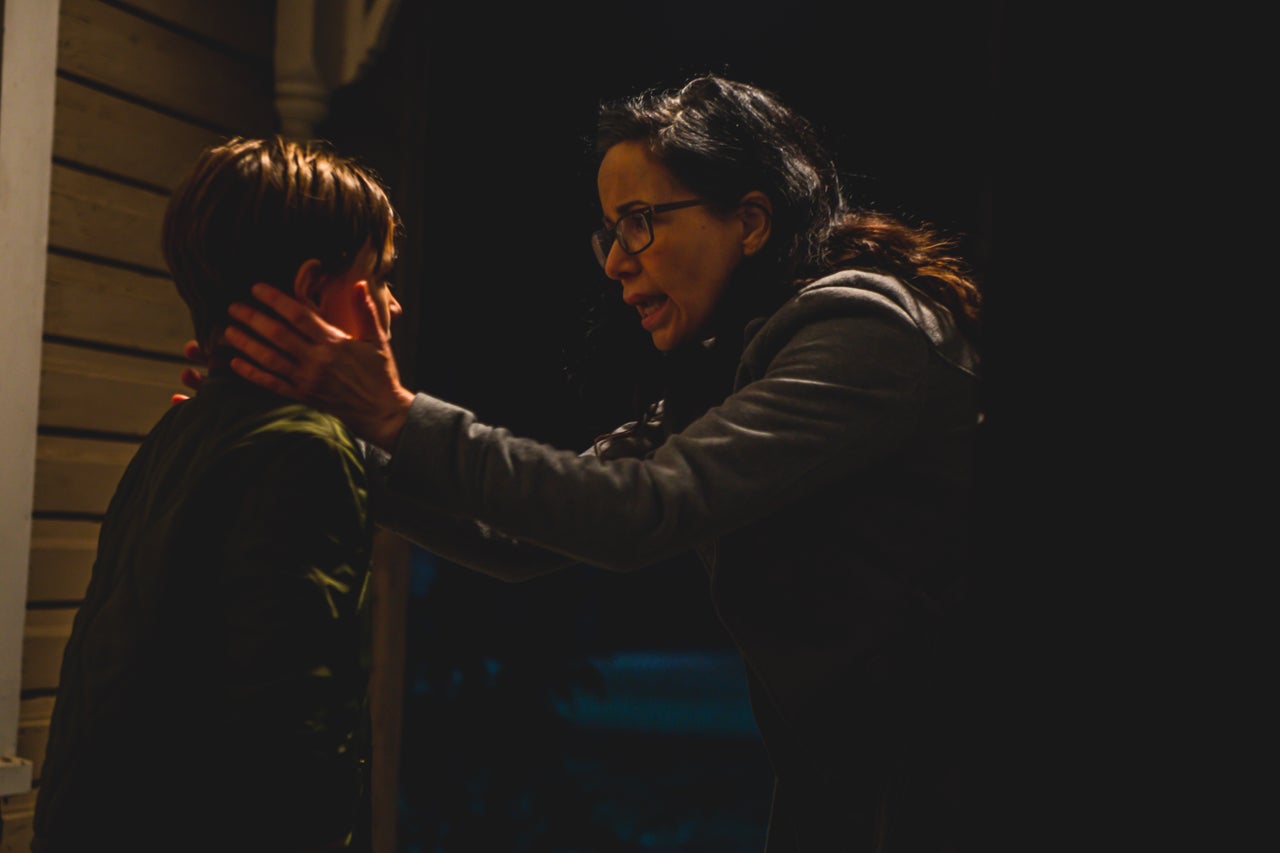 If “Mercy Black” even exists, of course. Owen Egerton refuses for the longest time to tell us whether it’s a realistic tale about mental illness or a fantastical nightmare about ghosts, and the act of wondering is the most interesting part of the film. Daniella Pineda portrays Marina as a woman tortured by regret and fear, and as the mysterious attacks and bizarre visions pile up, it’s frightening to see her begin to suspect that she was never crazy at all, and that Mercy Black may have been real this whole time.

Unfortunately, the filmmaking has trouble backing up her story. Mercy Black is an insular movie, taking place predominantly at one house with very few characters, and it’s difficult to support the idea that “Mercy Black” has gone viral if we never see how far Marina’s imagination reached. We have to take the movie’s word for it that the premise makes sense, and that “Mercy Black” is really such a powerful idea, and that makes it hard to accept literally everything that happens.

Mercy Black has also been filmed in an exceptionally straightforward manner, which undercuts most of the scares and makes the film’s slower scenes – i.e. most of them – slower than necessary. Thirty minutes into Mercy Black and you’ll probably be begging for a twist, because there’s not much to the story or the style.

Mercifully (pun intended), Mercy Black picks up in the final act, with a handful of genuinely disturbing moments and eerie images. At this point Miles Emmons starts to steal the movie, conveying his uncertainty about what’s real and what’s a figment with alarming, uncomfortable confusion. Is he a victim of his family’s history of mental illness, or is something even creepier involved? The best moments in the film are dedicated to his struggle, to the extent that one wonders whether it would have been better for the whole story to focus on his impressionable perspective instead.

But what we actually get is a film with a disturbing premise, some decent performances and a few good shocks, trapped inside a generic presentation and an unremarkable plot. Mercy Black is a middle of the road horror film: almost good but never quite bad, almost scary but never quite terrifying, almost worth watching but not quite.

Mercy Black boasts solid performances and a few good scares, but the film’s limp direction and unremarkable story are too tedious to do the premise any justice.