The most anticipated line of miniatures from Games Workshop (GW), the new Sisters of Battle, will arrive this November. The announcement was made yesterday during the NOVA Open tabletop wargaming convention in Washington, DC. Along with that news comes another tease of the Psychic Awakening, said to be the next major installment of Warhammer 40,000’s famously grimdark lore.

The Sisters of Battle, also known as the Adepta Sororitas, are 40K’s band of militant nuns, known for their campaigns against humanity’s greatest foes like the Eldar, Orcs, and Tyranids. But they’re also a bit mysterious, closely associated with the Imperial Inquisition. After sharing a handful of new models in July, the United Kingdom-based publisher ripped the cover off an entire army.

The retail product, titled Sisters of Battle Army Set, will include 25 miniatures and a collector’s edition rulebook. No pricing was revealed. New models include flying units called Seraphim and a devilish little walker called the Penitent Engine. It’s the first update for the fan-favorite faction since the 1990s. 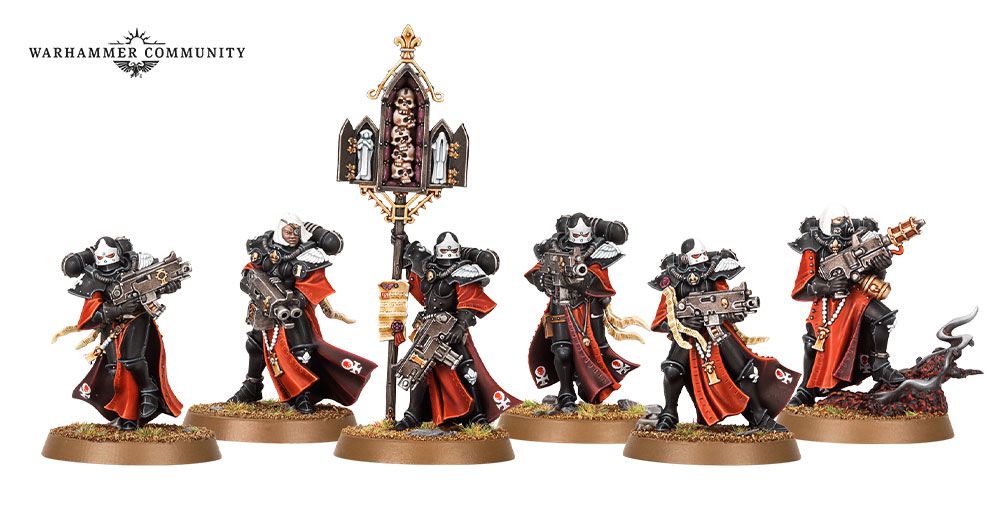 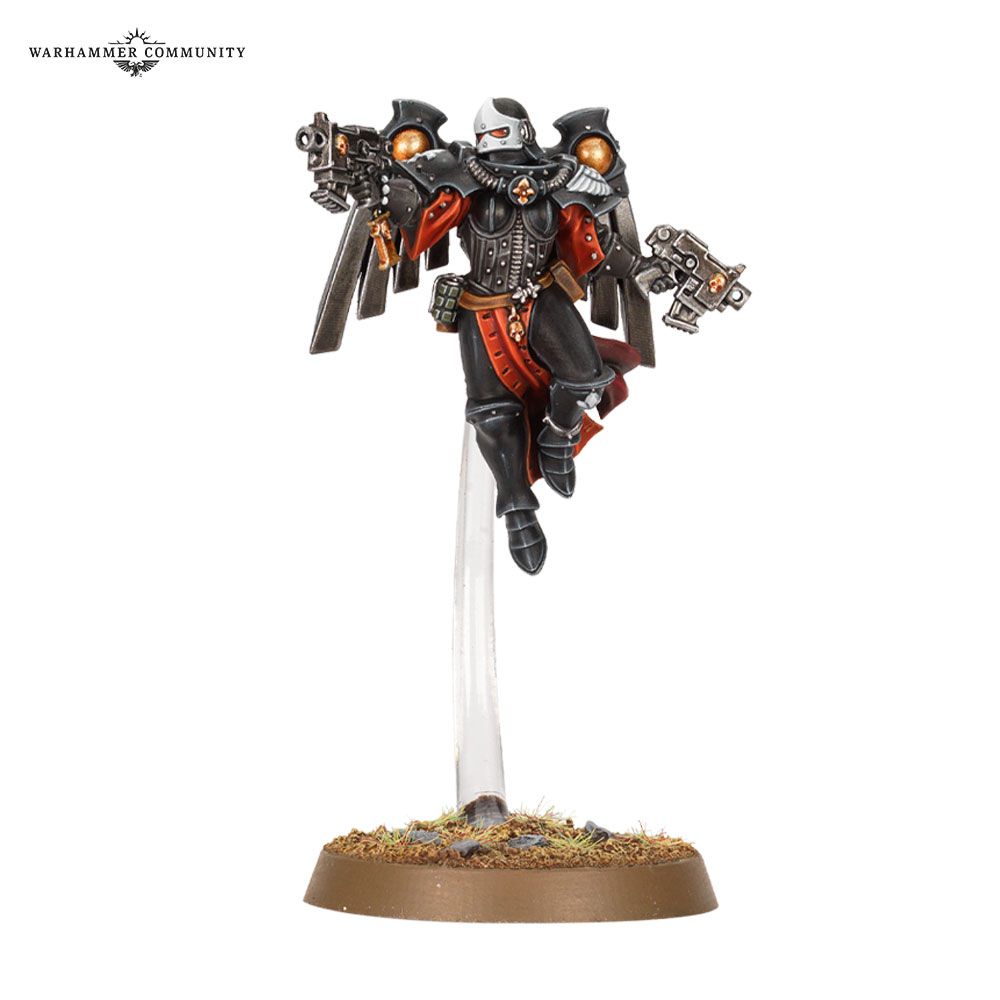 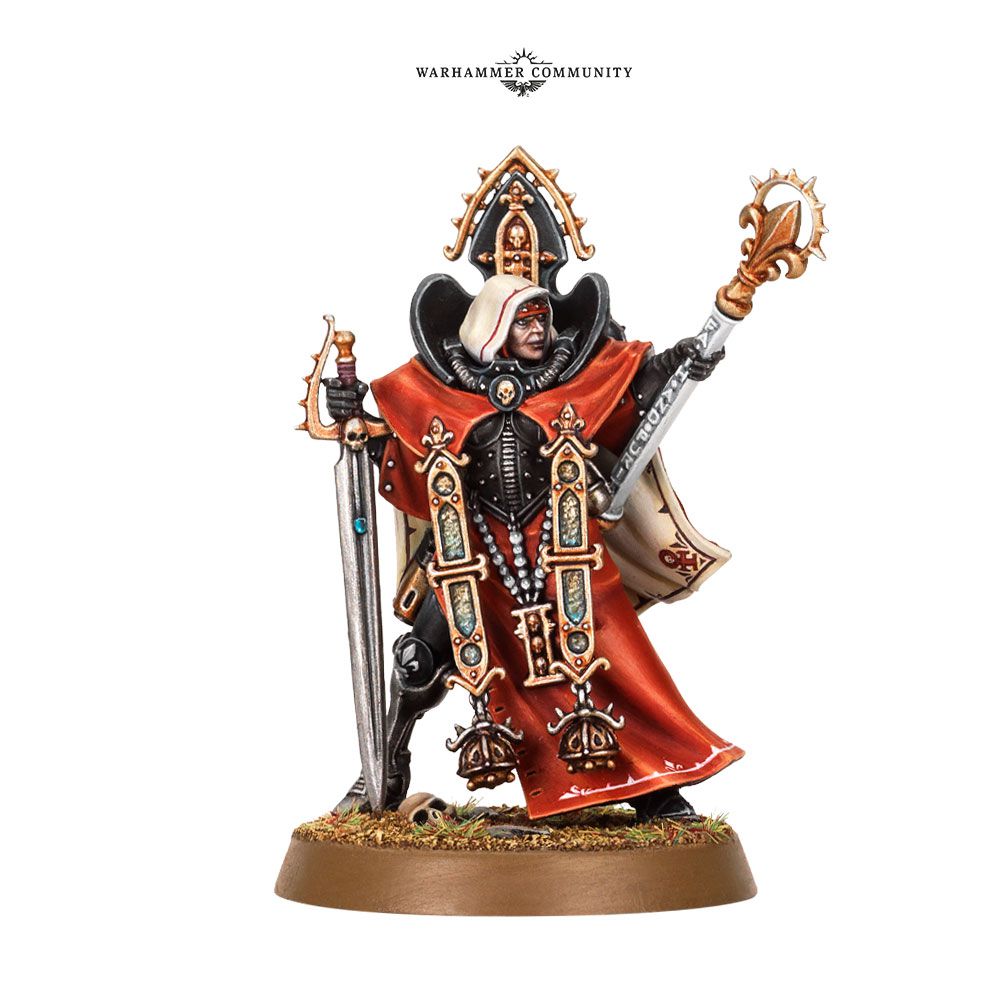 What was so unusual about yesterday’s announcement were GW’s hints at updates to the 40K lore itself. The overarching storyline of the great factions in the 41st millennium have a nasty habit of moving at a glacial pace. For a time following the introduction of The Horus Heresy line (also known as Warhammer 30,000), the universe actually felt like it was moving backward. But, the introduction of the Primaris Space Marines a few years back seems to have set something major in motion. 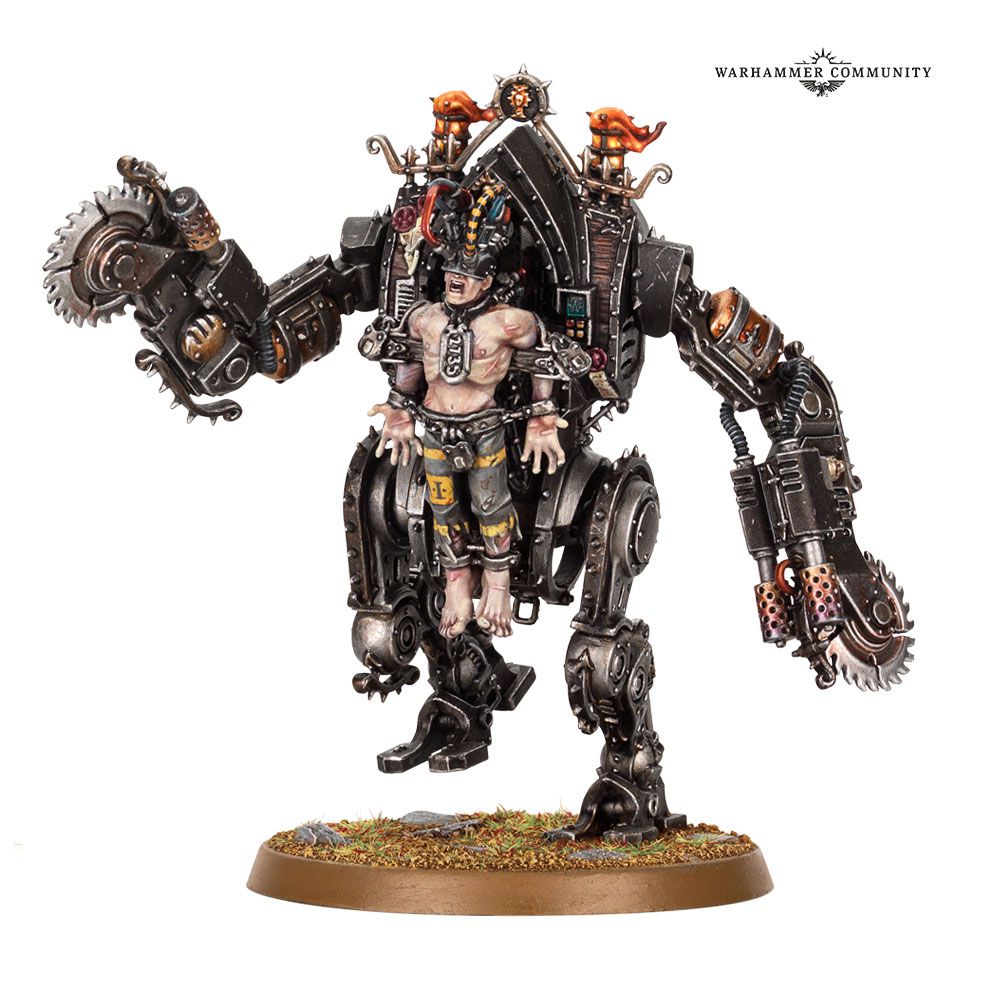 These changes are evident in GW’s most recent new release, titled Codex: Space Marines. While dozens of new units have been introduced over the years, the Emperor’s finest haven’t changed their technology or their tactics in decades. Now the publisher has them fielding heavy armor powered by repulsors, technology that was once thought lost. An early copy of the book, provided to Polygon by the publisher, also appears to be telling a subtle story of internecine conflict. As more capable Primaris units are streaming to the front lines, the old guard feels threatened. The tension is palpable, especially for what amounts to a rulebook.

Expect things to come to a head within the Space Marines and every other faction in the 40K universe when the Psychic Awakening is unveiled. A teaser video (seen above) claims it will be one of the most significant story events in franchise history.