For New World's one-year anniversary – yes, it's been a whole year as time continues to move too fast – Amazon revealed a bunch of stats for what players have been up to in its colonial MMO.

In total, people have played 569 million hours which is too big a number to comprehend, so to put it plainly – that's 64,954 years worth of New World. Meanwhile, there were 12.4 billion minutes streamed of the game on Twitch or about 23,000 years. So it's been played a lot, but what have players actually been up to? They've killed 17.3 billion enemies in PvE and cut down 6.3 billion trees – over double the number in England. But "Don't worry, they all regenerated!"

And during the Summer Medleyfaire, players caught 42,893,637 fish. I'd do the maths, but in real life, there are upward of 3.5 trillion in the ocean, so the New World lot didn't really make a dent. But then there's the big boss that killed a bunch of 'em – the most deaths by a single boss in an expedition goes to Alluvium Marl, the Caretaker, who managed to get 171 kills in a single expedition. 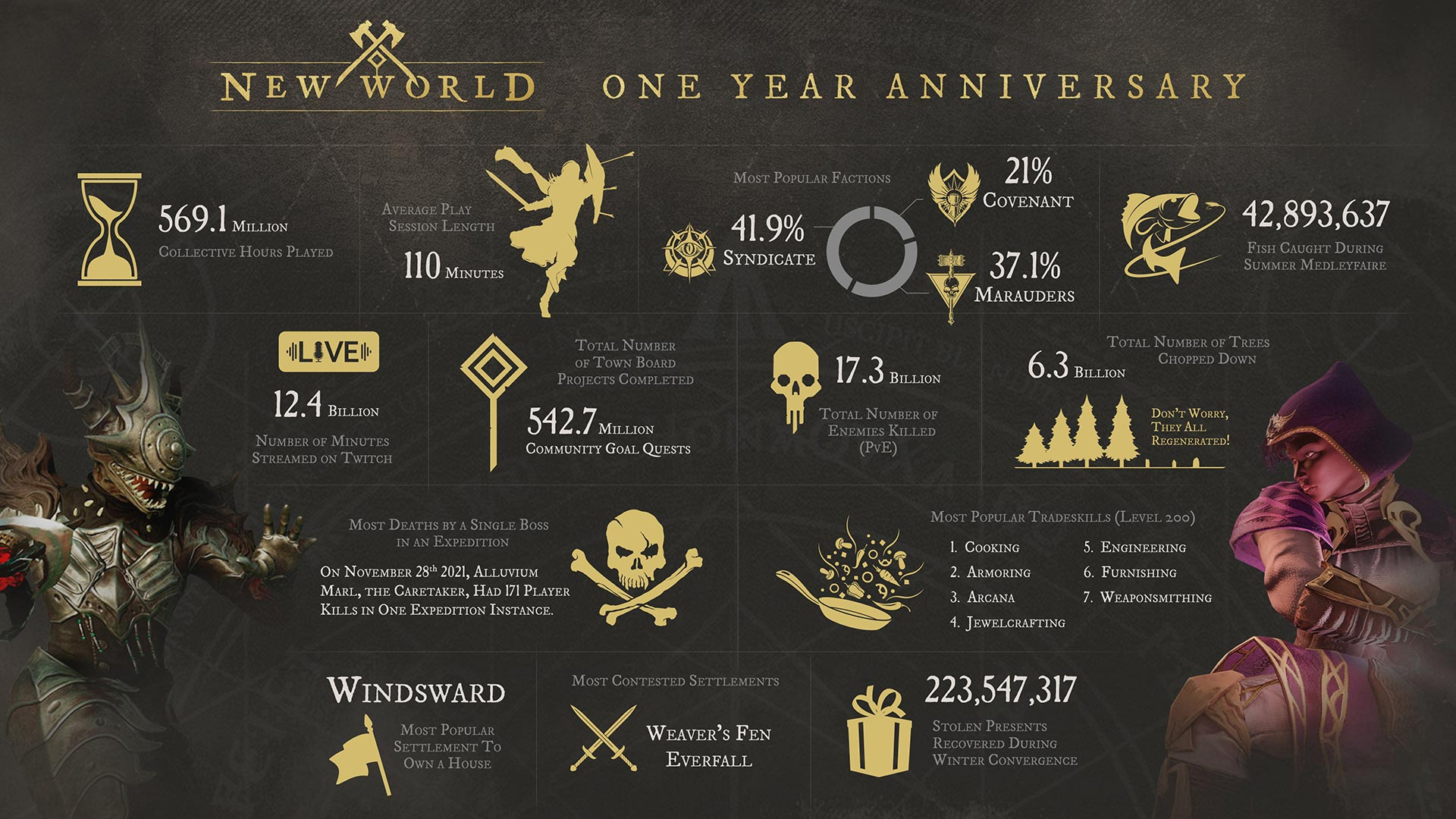 If fishing, hours played, and bosses that'll make you cry aren't your cup of tea, and you're more into real estate and land disputes, then there are stats for that too. According to Amazon, Windsward was the most popular settlement to own a house, while Weaver's Fen Everfall was the most contested settlement. And in players' downtime, no doubt when they're avoiding Alluvium Marl, they got up to cooking, armouring, arcana, jewelcrafting, engineering, furnishing, and weaponsmithing.

Finally comes the big split between factions. In New World, you have to pick one of three to pledge your allegiance to, and unfortunately, if you're part of the Covenant, you're part of the least popular of the trio. They only make up 21 percent of players, compared to Marauders' 37.1 percent and Syndicate's 41.9 percent.