If you've played the first Ni no Kuni game, then the idea of familiars should be, well… familiar to you. These weird and wonderful creatures can be equipped to aid you in battle and Ni no Kuni: Cross Worlds brings that mechanic back for players to use.

Familiars are one of the gacha-related features in the game but worry not, that's not the only way to get them and there are a number of features tied to familiars in-game. Here's everything you need to know about your little battle buddies.

How To Use And Train Familiars 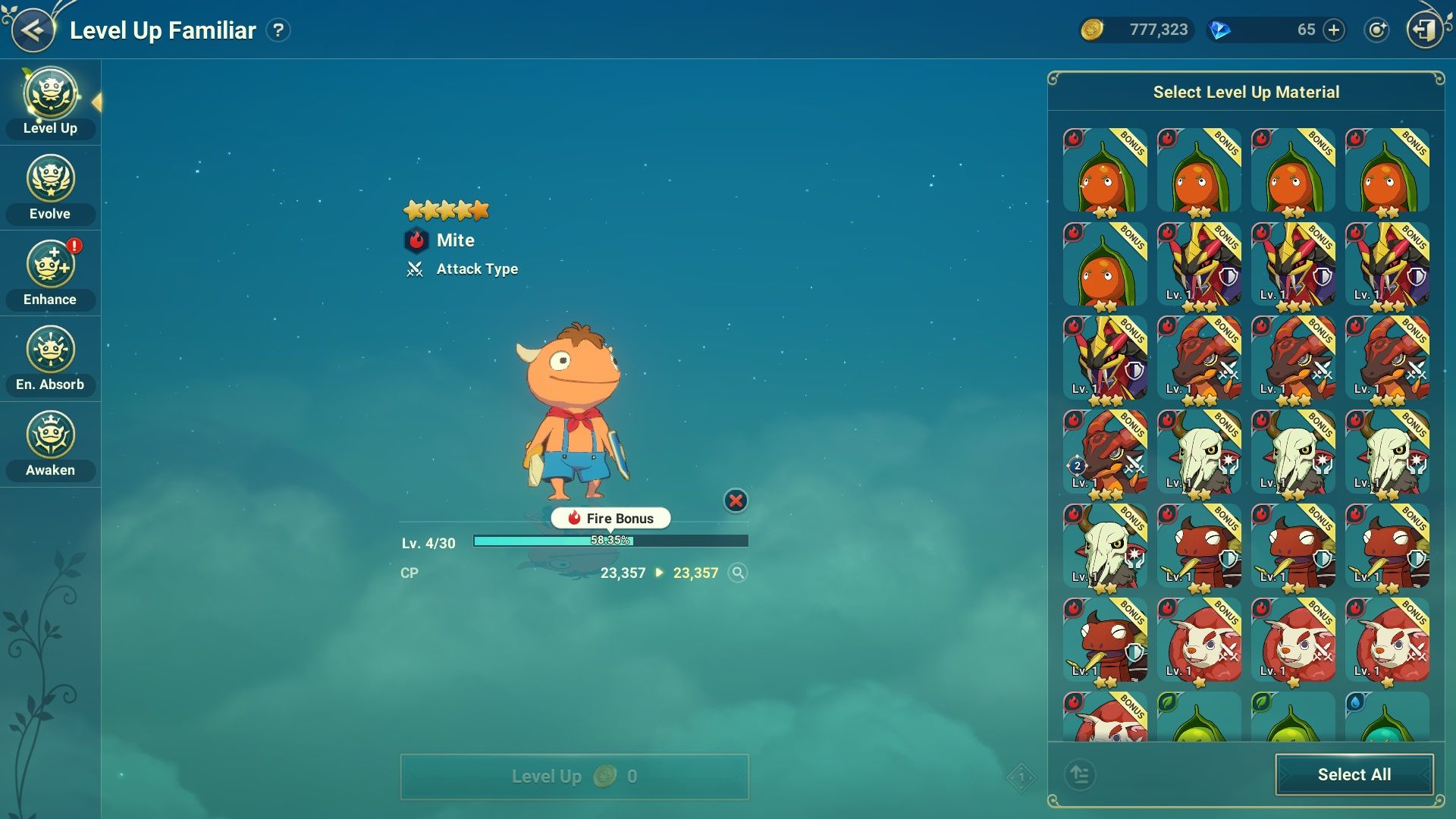 You can equip up to a maximum of three familiars at a time, though you only start with one available slot and unlock the others as you level up. Once equipped, a familiar's stats are applied to the player's stats, making them stronger.

Each familiar has a set element, just like weapons, and it's worth having a range of elemental familiars equipped at any one time so you can quickly change familiar as needed in battle.

How To Strengthen Your Familiars

There are a number of ways you can improve your familiars and we have a breakdown of each method in the box below.

You can level up familiars using Beans or other familiars, and their stats increase each time they level up. The maximum level that familiars can reach is Level 30.

You get more experience points for using Beans or familiars of the same element. The more level up items you use, the more gold it costs you to level up.

Bean Selection Pods and Beans are often rewarded for various in-game activities, such as the Familiars' Cradle, Labyrinth, Treasure Chests, and more, but they can also be purchased from the Shop and Kingdom General Store.

Once your familiar reaches max level, you can increase their grade (star rarity) by using Evolution Fruit of the same element. Evolving familiars increases their base stats. Once evolved, a familiar's level is reset to Level One. Though, unlike Ni no Kuni: Wrath of the White Witch, when your familiars evolve in Cross Worlds, they do not physically change appearance.

Evolution Fruit can be purchased via the Shop, Traveling Merchant, or Kingdom General Store, but are also given as rewards from Adventure Record Treasure Chests and the Familiars' Cradle.

You can feed your familiars Jellies to increase their attack, defense, and HP.

Jellies can be purchased from the Shop, Traveling Merchant, and Kingdom General Store, and can be given as rewards from releasing familiars, completing the Familiar Codex, and possible result of using the Fuse Pot, or given as a reward by Al-Khemi's Lucky Pot.

You can Awaken your familiars in the same way you can with weapons. You can use duplicates to Awaken your favorite familiar and can reach up to Tier Ten Awakening Level. Each time your familiar reaches a new tier, its stats and skills are increased.

Once you reach Level 43, you can equip up to three toys for each familiar, increasing their attack, defense, and HP. You cannot use multiple toys of the same kind, and some toys' effects only activate under certain conditions.

Toy Chests be purchased from the Shop and Traveling Merchant, but can also be received as possible rewards from defeating Familiar Adventure bosses or the Weekly Citadel Quest.

You can combine three toys of the same grade to try and create better ones, although you might just end up with a toy of the same quality. The success rate for combining toys becomes lower the higher the star rating of the toy. 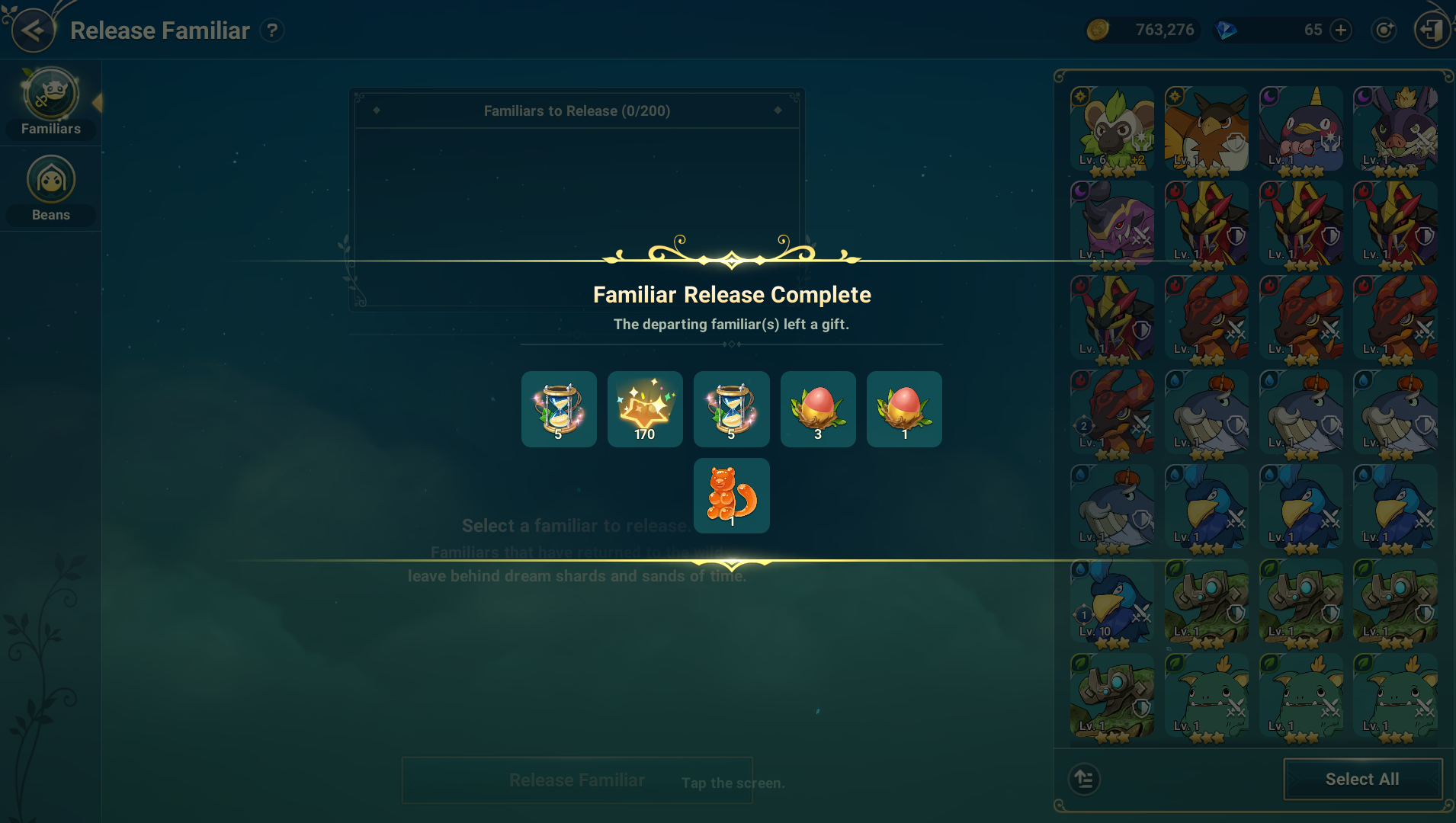 Under the Familiars menu, you can select 'Release', where you can choose to release familiars back into the wild if you're running out of space. In return, the ones you release will gift you with familiar hatching or power-up items. You can also sell Beans from this menu to make some gold. 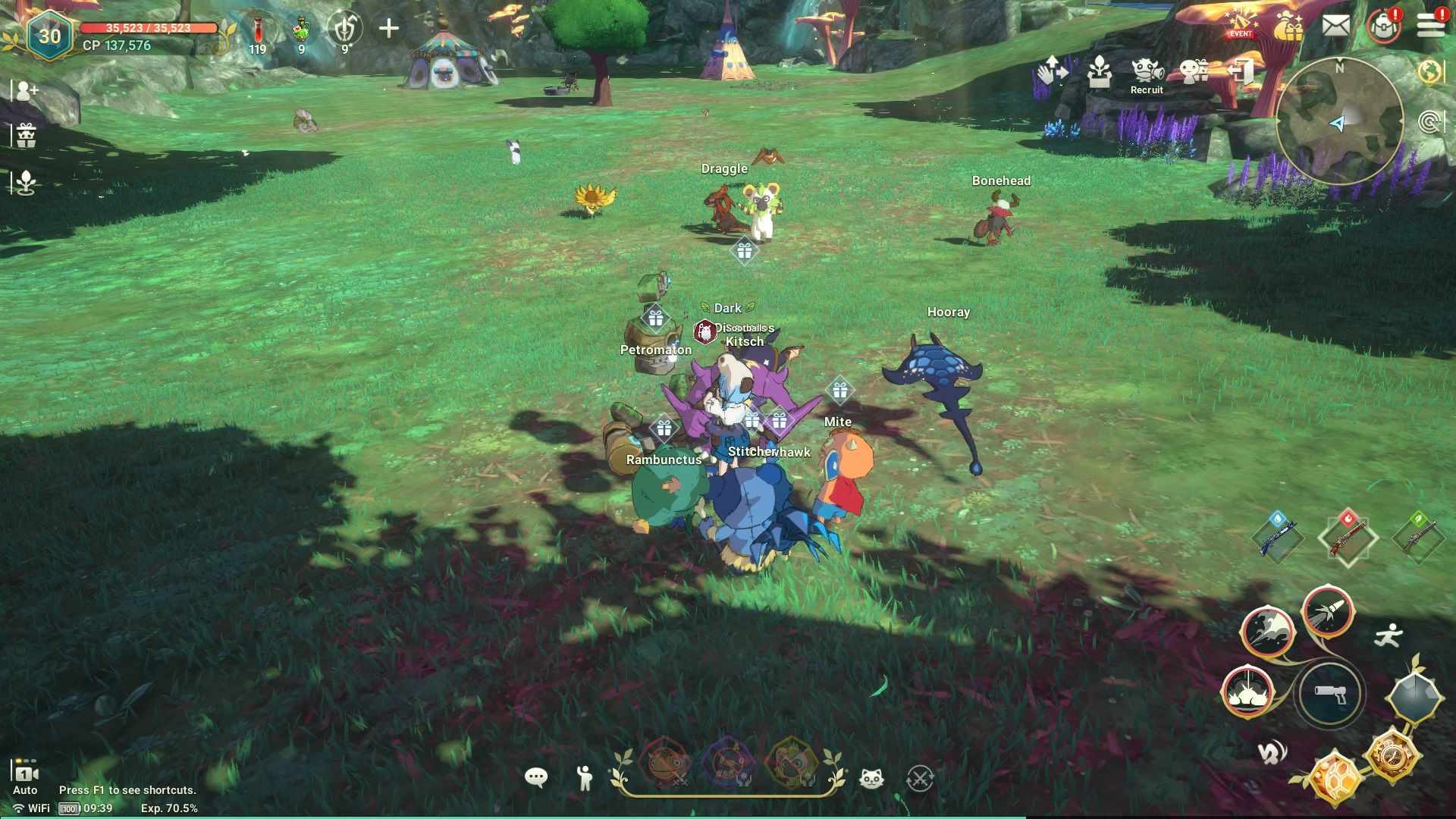 As you progress through the game, you will eventually unlock the Familiars' Forest. Afterward, it can be accessed via the Familiars menu so you can visit it at any time.

You can find all the familiars you have collected in your forest and every day at 7am some of your familiars will be waiting to give you gifts, including Heart Star and hatching materials. Make sure you visit every day!

You can also build your own home and farm in this area to grow crops. 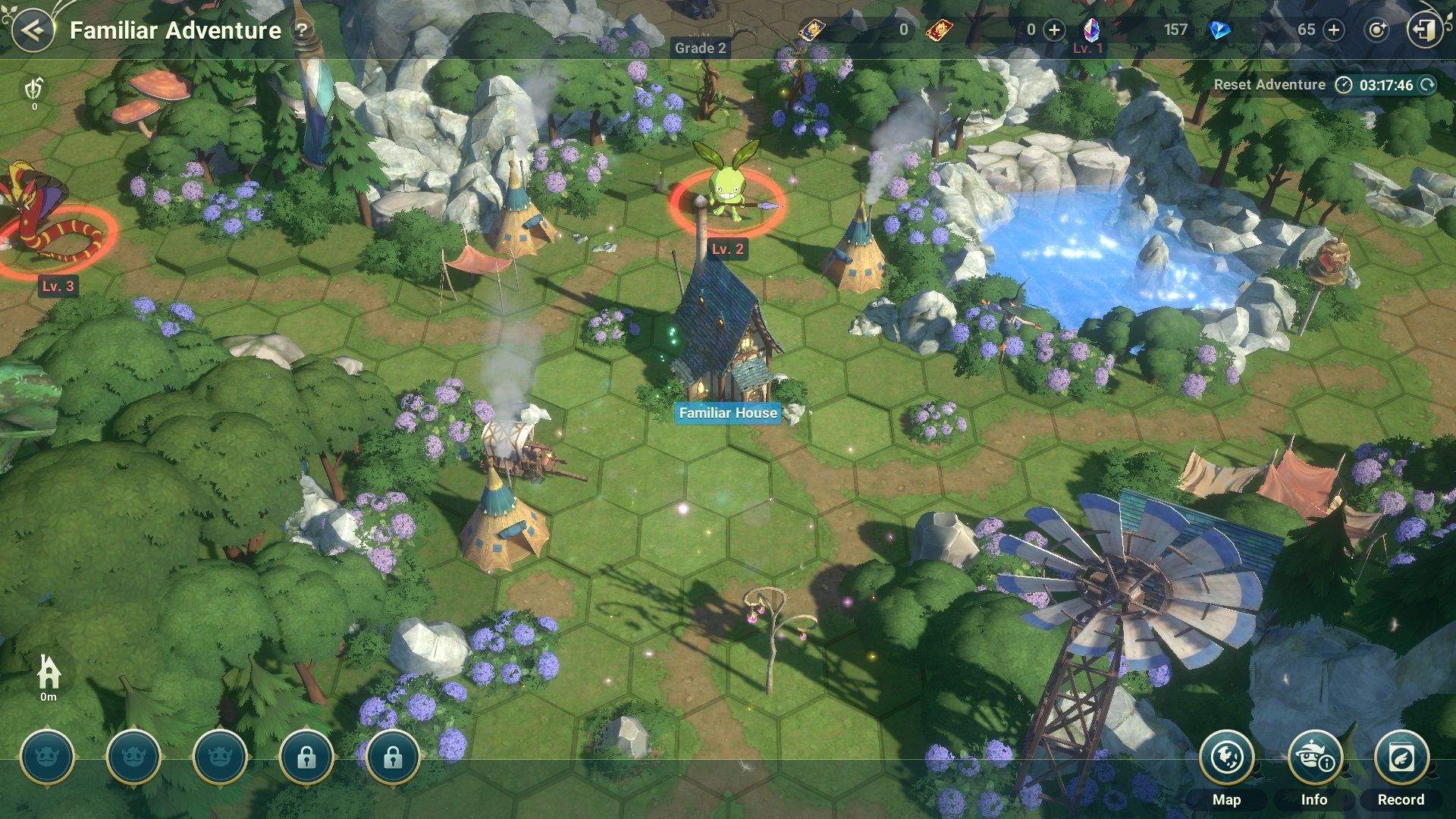 Once you reach Level 33, you can complete the request to open up the Familiar Adventure minigame.

How To Summon Familiars 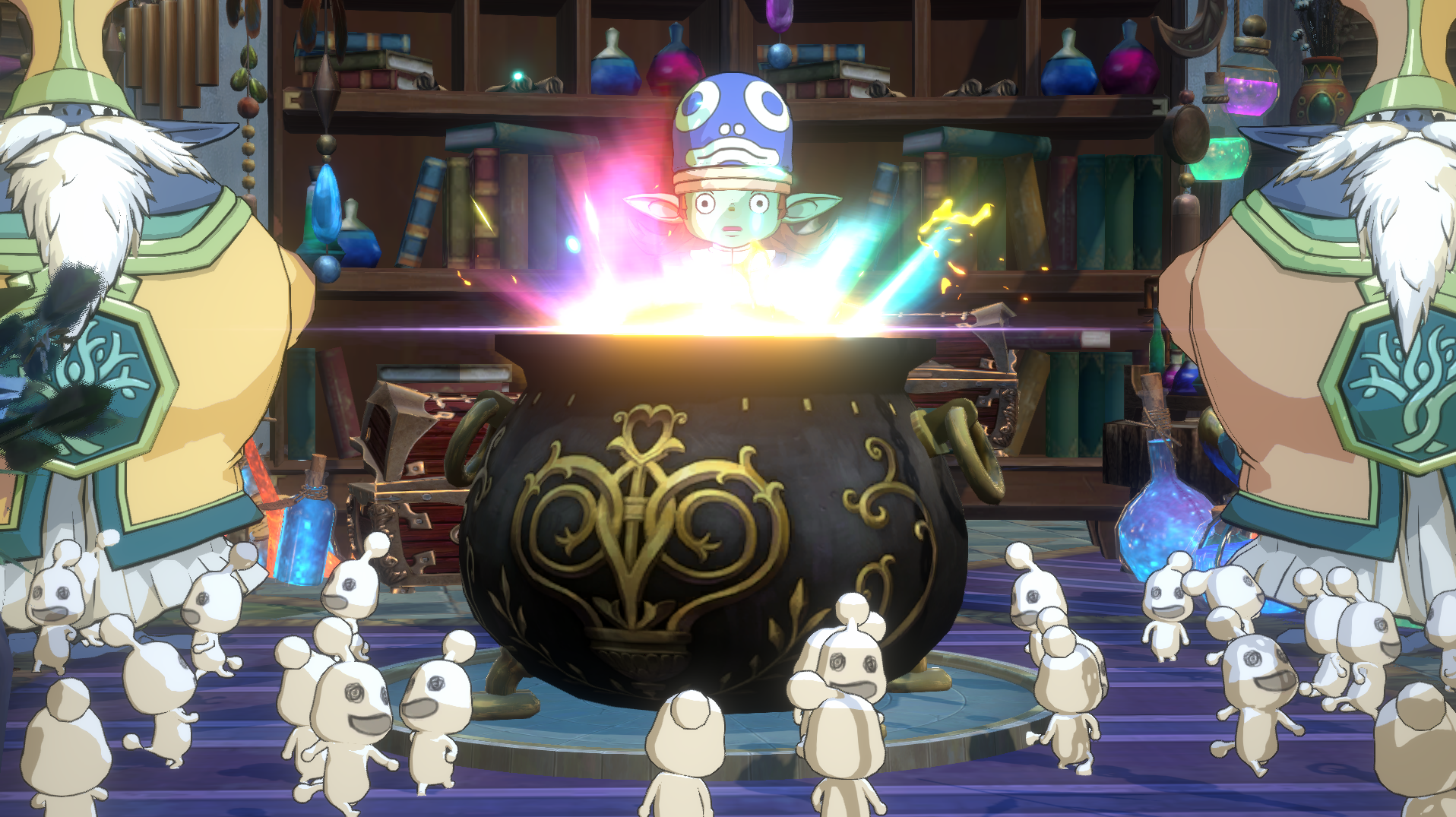 Familiars can be summoned via the Shop menu, under 'Summon'. You can use Diamonds or Familiar Summon Coupons, both of which you will earn naturally through gameplay, but if you want to, you can simply buy Diamonds or bundles that give you coupons using real money.

You will know what level of rarity familiar you have summoned based on the color of the egg.

This is one of the very first mechanics you'll be introduced to in the game as you'll receive a free summon that gets you ten familiars, which you can reroll up to ten times to try and change which familiars you receive.

This is the only time you get to reroll the familiars you summon, so don't expect to get second changes on normal summon attempts!

Special events have their own loyalty points tracking and these points do not carry over to the next event when the event ends.

How To Tame Familiars 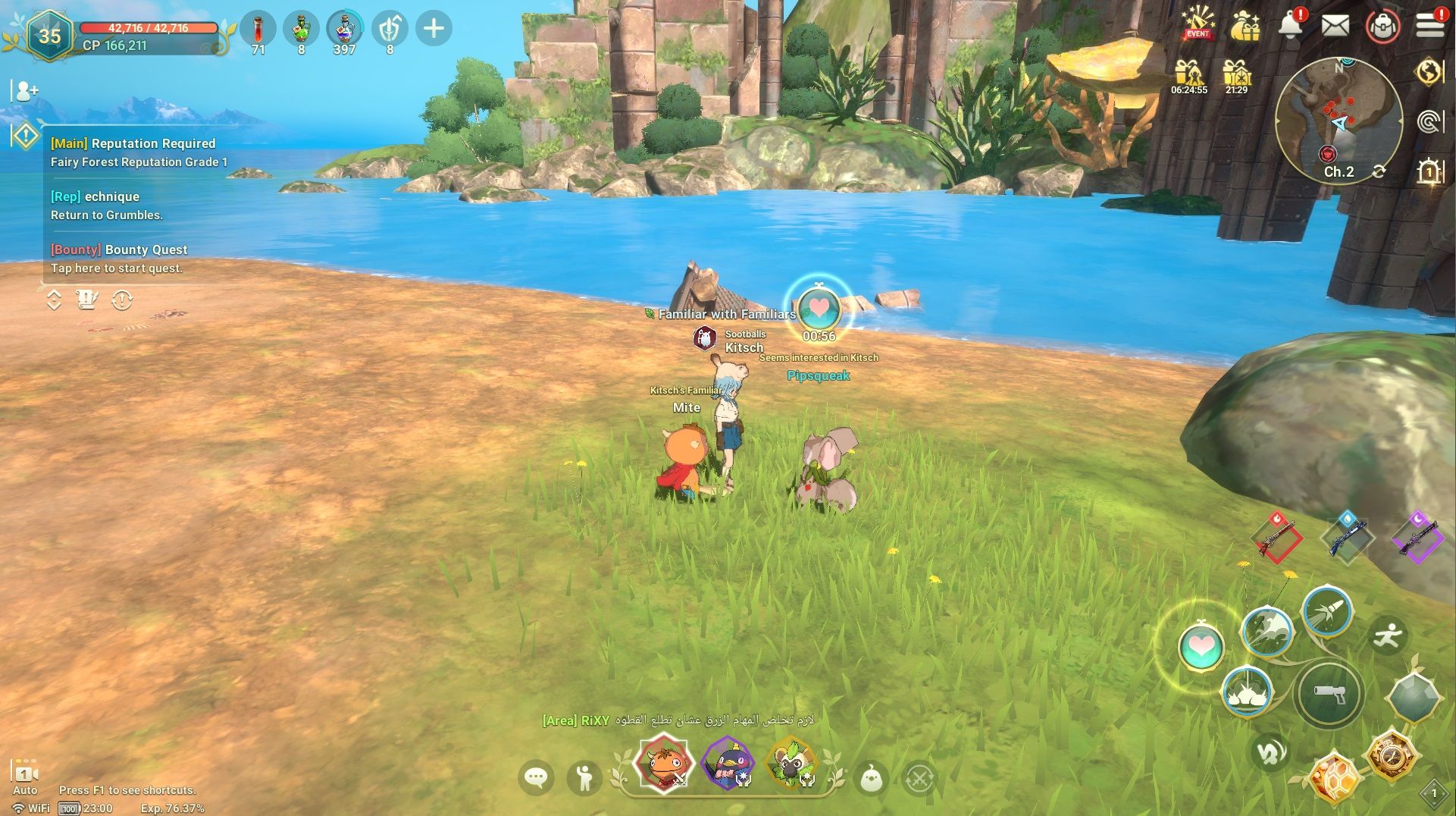 As you progress through the main storyline, you'll be introduced to the concept of taming familiars. This involves finding a Brighterfly in the world, interacting with it, and then using a biscuit to try and tame the familiar that appears.

Familiars can range from 1-4★, though naturally the 4★ familiars are rarer and seem to require rarer biscuits also. 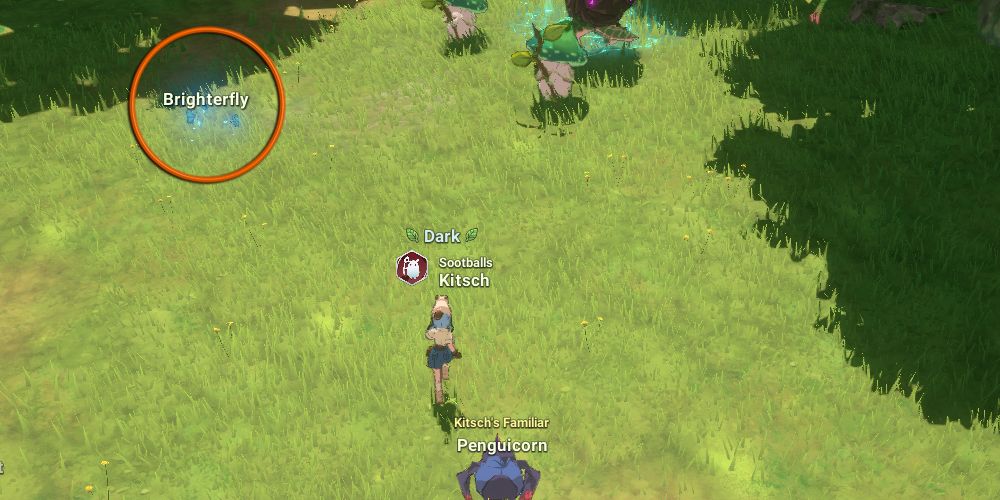 Biscuit Selection Chests are often given as rewards for completing various content, but can also be purchased via the Shop, the Kingdom General Store, and are possible rewards from Al-Khemi's Lucky Pot.

How To Hatch Familiars 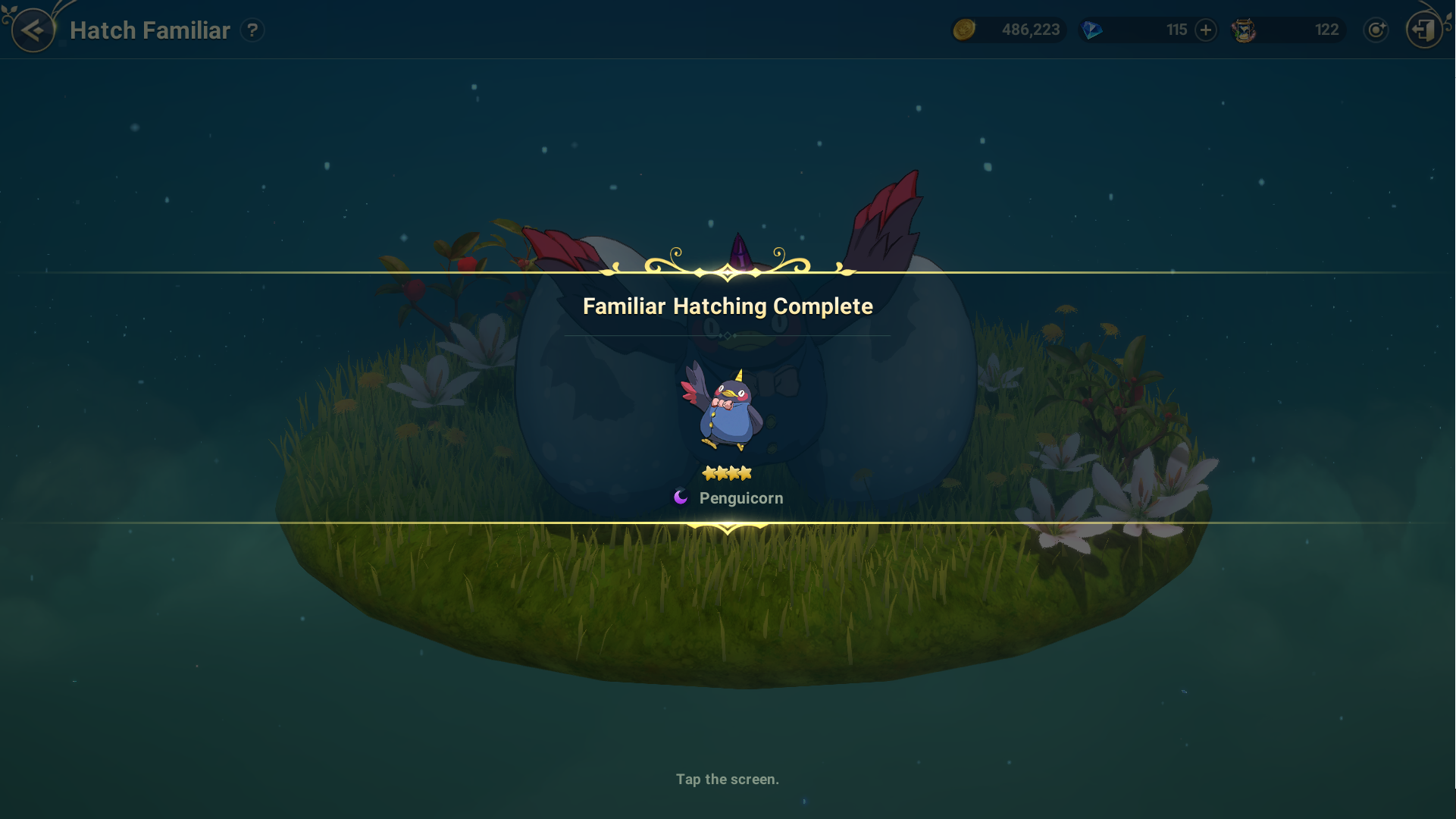 Progressing through the game will also unlock the ability to hatch familiars, which can be found in the Familiars menu under 'Hatch'. You can have a maximum of three familiar eggs incubating at one time, depending on your level. You'll need Familiar Eggs and Dream Shards to hatch familiars.

You can select up to three wishes when hatching a familiar, which increases your chance of receiving your preferred familiar. Each wish you choose requires more Dream Shards, so bear this in mind. You can also refresh the wishes to try and get better ones by paying in gold, the cost of which increases each time you use it per egg.

Making a wish does not guarantee you will get that type of familiar. Hatchable familiars can range from 1-4★ and wishes can also include 4★ familiars, though these are rare. 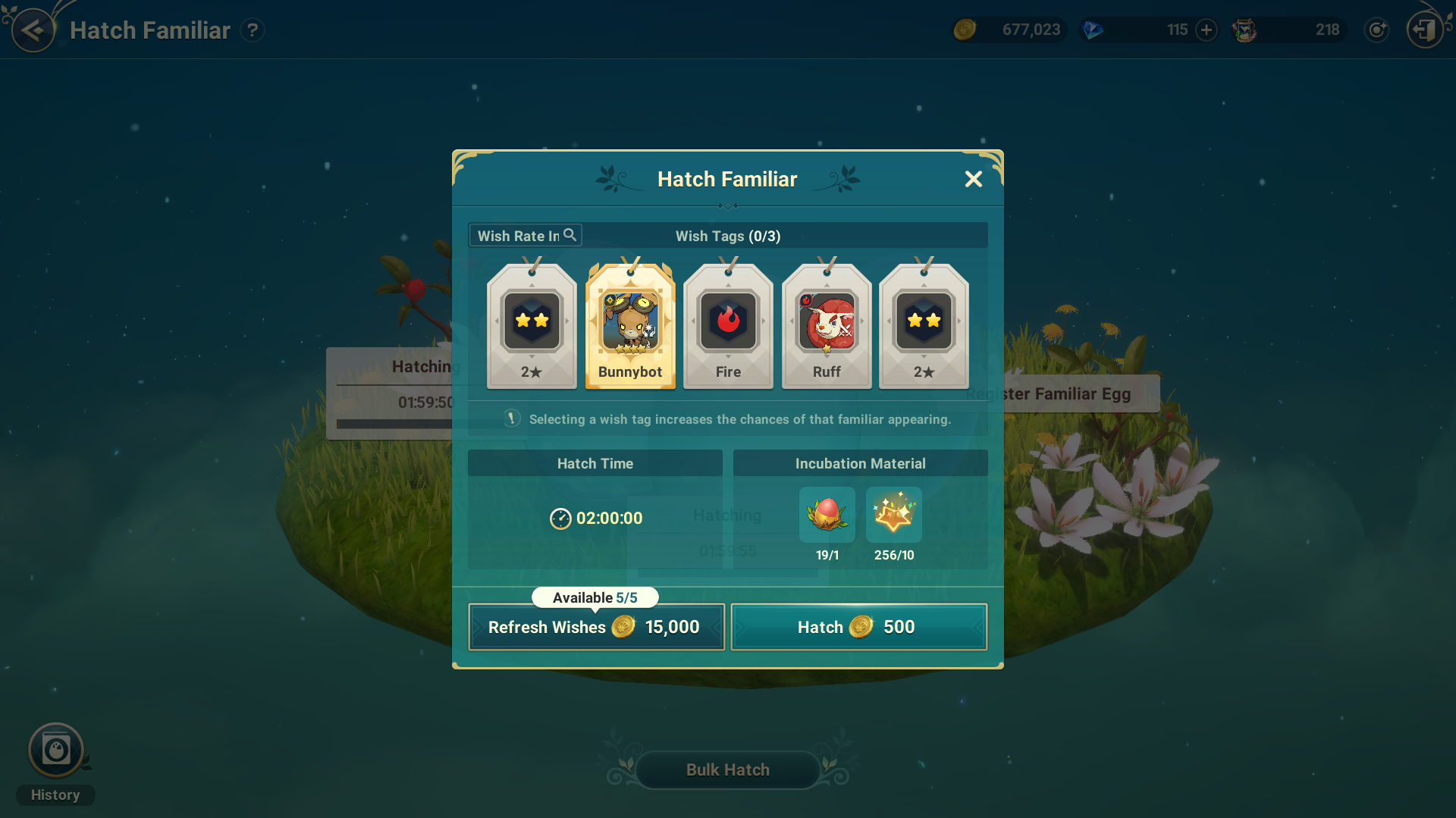 It takes two hours for an egg to hatch, but you can speed the hatching process up by using Sand of Time. If you want eggs to hatch immediately, it takes 12 Sands of Time.

Where To Get Hatching Items