Nier Automata has a limited number of quests that can be played in Route B while controlling the 9S character in the game. Some of the side quests, while playing with 9S, can be underwhelming. However, there are a few interesting and long ones that will demand you to follow up and go from one end of the map to the other.

Game Dev Machine quest is one such side quest in Nier Automata that requires you to consistently tend to quest giver’s requests three times. The side quest is a tedious task at some points, however, this is one of the few quests in Route B that keep things interesting.

In this guide, we have outlinedeverything that is linked with the side quest, including finding the quest, the objectives, the walkthrough, and the rewards you earn after completing it.

The Game Dev Machine quest is playable with 9S during the second run of the game. The quest unlocks after the assault event where you have to defeat Beauvoir in the Amusement Park.

The Game Dev quest is at the top right side of Park Ruins: Attraction Square on the map. Get inside the building at the marked location and go to the right side of the stairs inside. Use the elevator there to go down, then keep going straight, and you will see the Game Creator Machine there. Talk to it, and the machine will make a request from you. 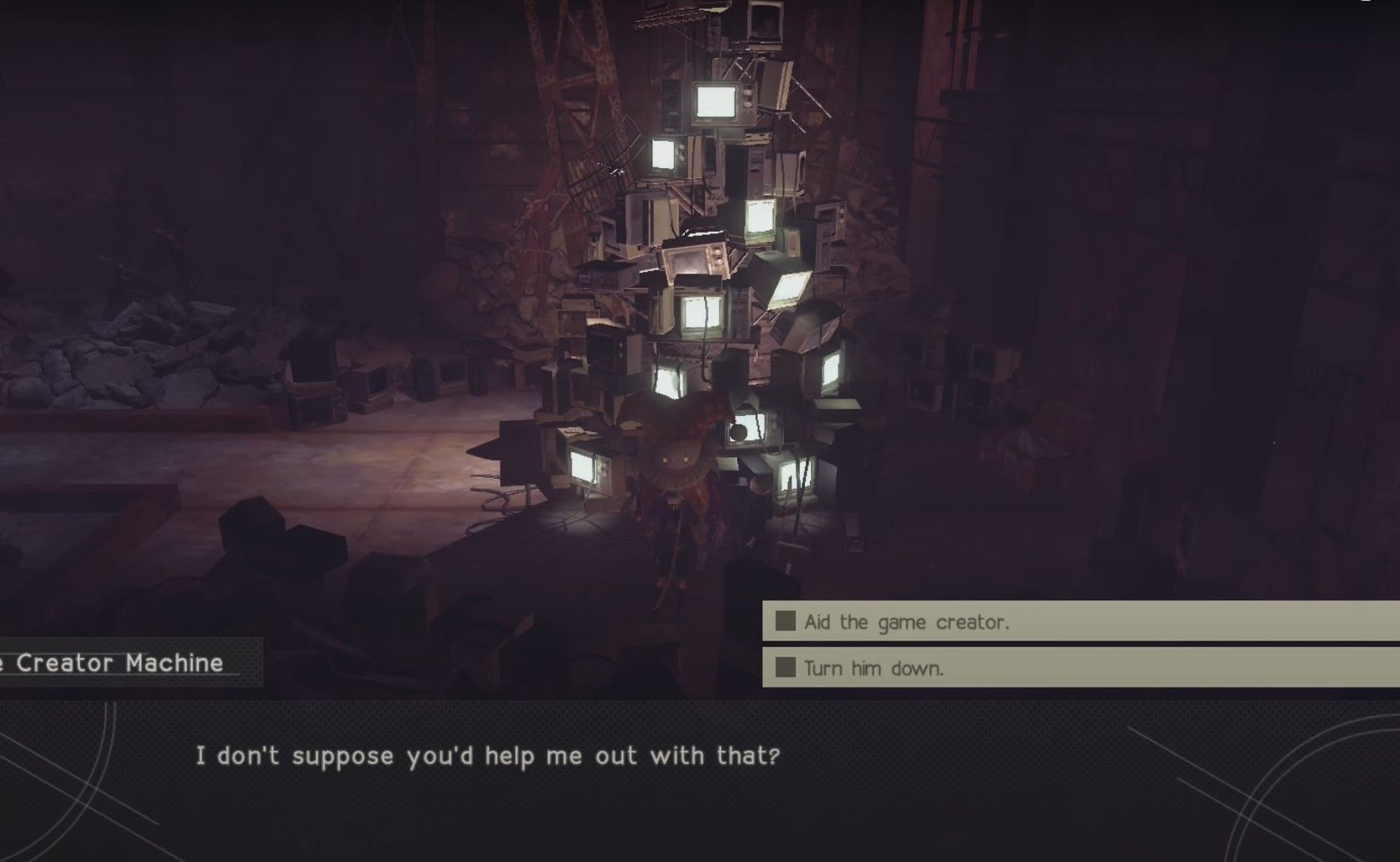 The Game Dev Machine quest’s level 1 will start right after reaching the location and accepting the request. 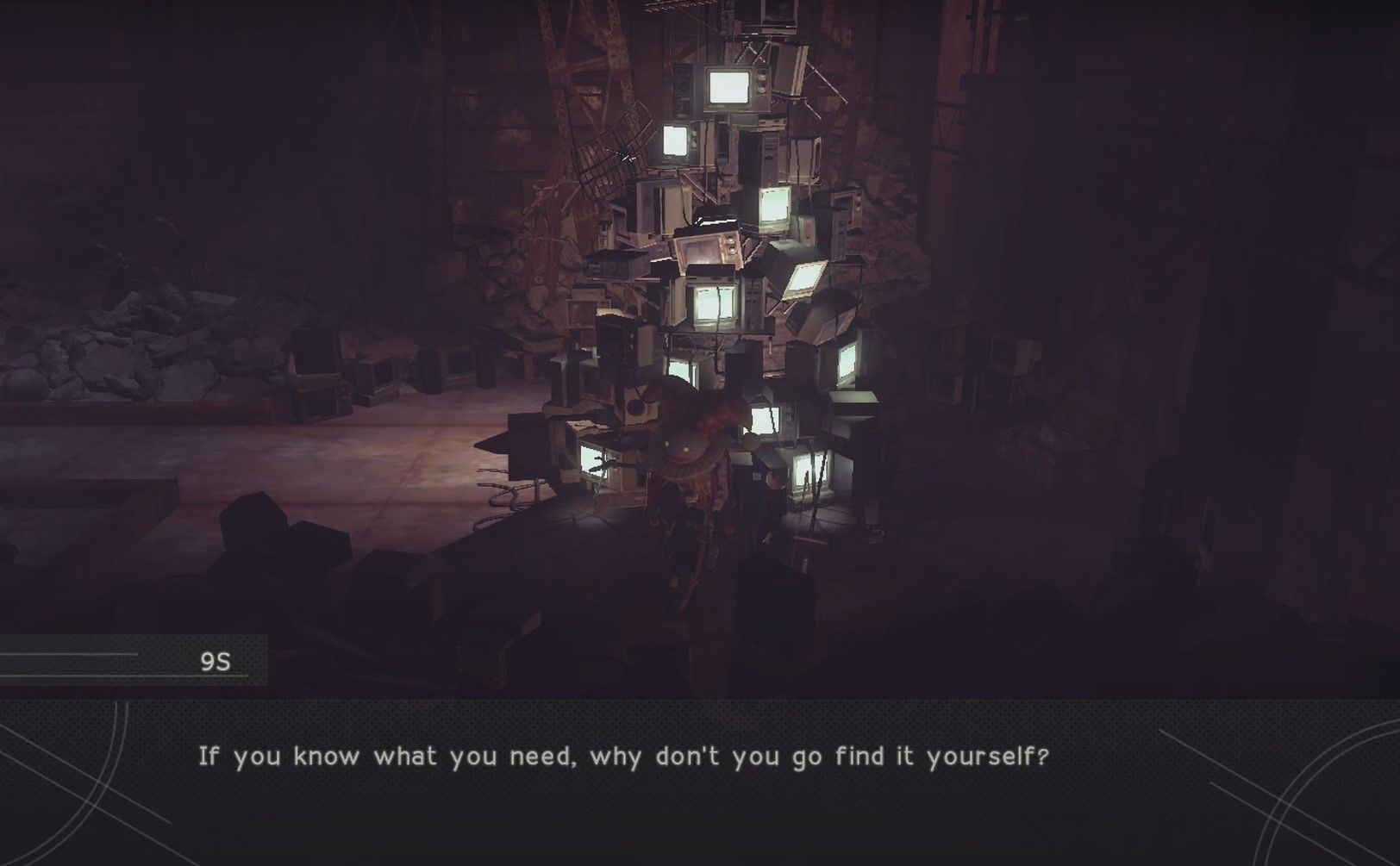 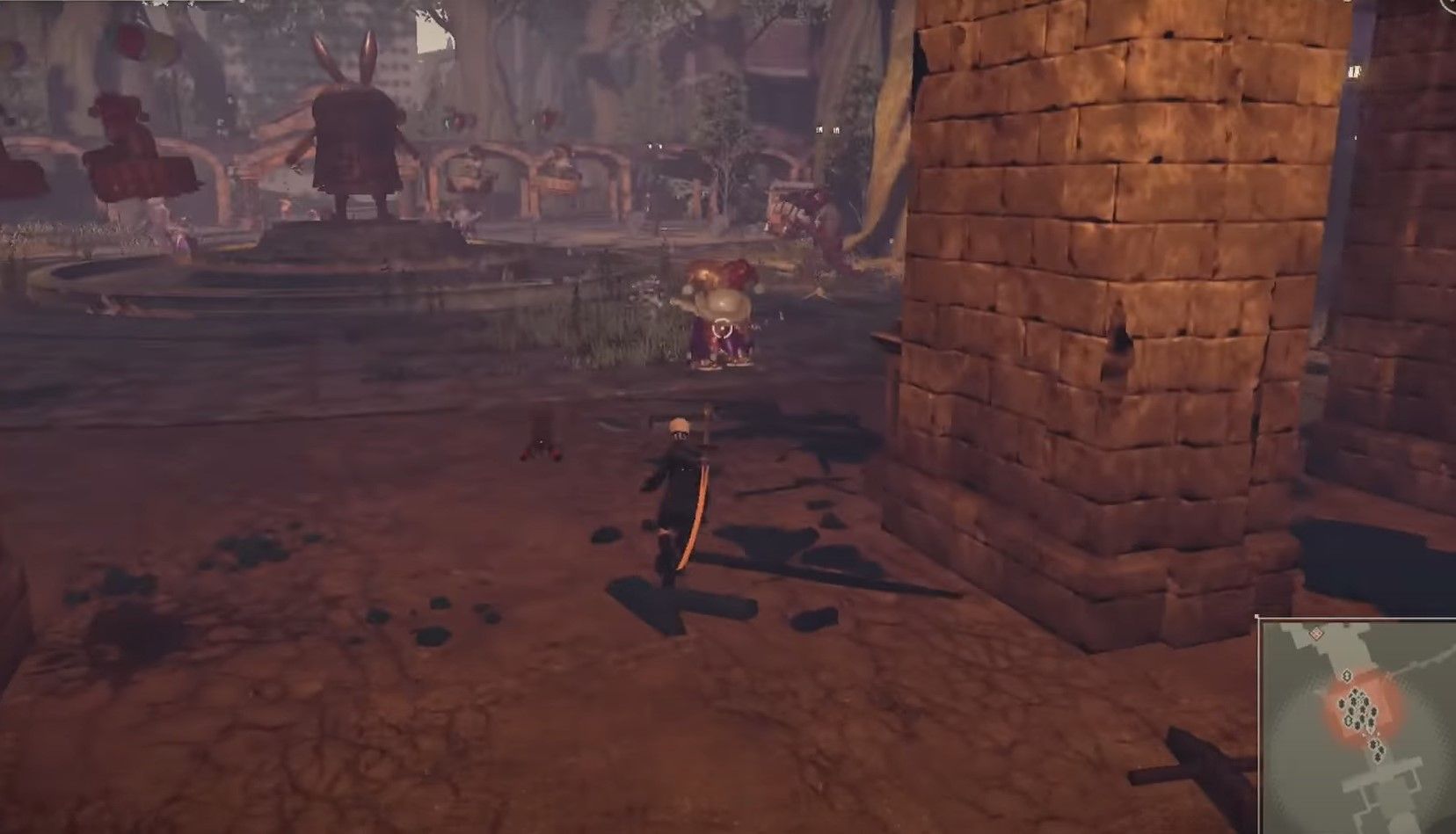 To complete the first objective, you will need to go to the marked area on your map and keep killing and looting the Machines until you get the tri-color Cable from one of them. However, you must not overkill at this point. After gathering the tri-Cable, head back to the Game Creator Machine and hand over the tri-color Cable you collected.

After receiving the tri-color Cable, he will ask you to help him debug the game. The debugging basically is a mini-game. To complete it, stay on the left side of the screen and keep moving upward. After ascending a bit, your mini jet will move out of the game, and that will be the bug. After completing the Game Dev Machine Lv.1, you will unlock the Game Dev Machine Lv.2. 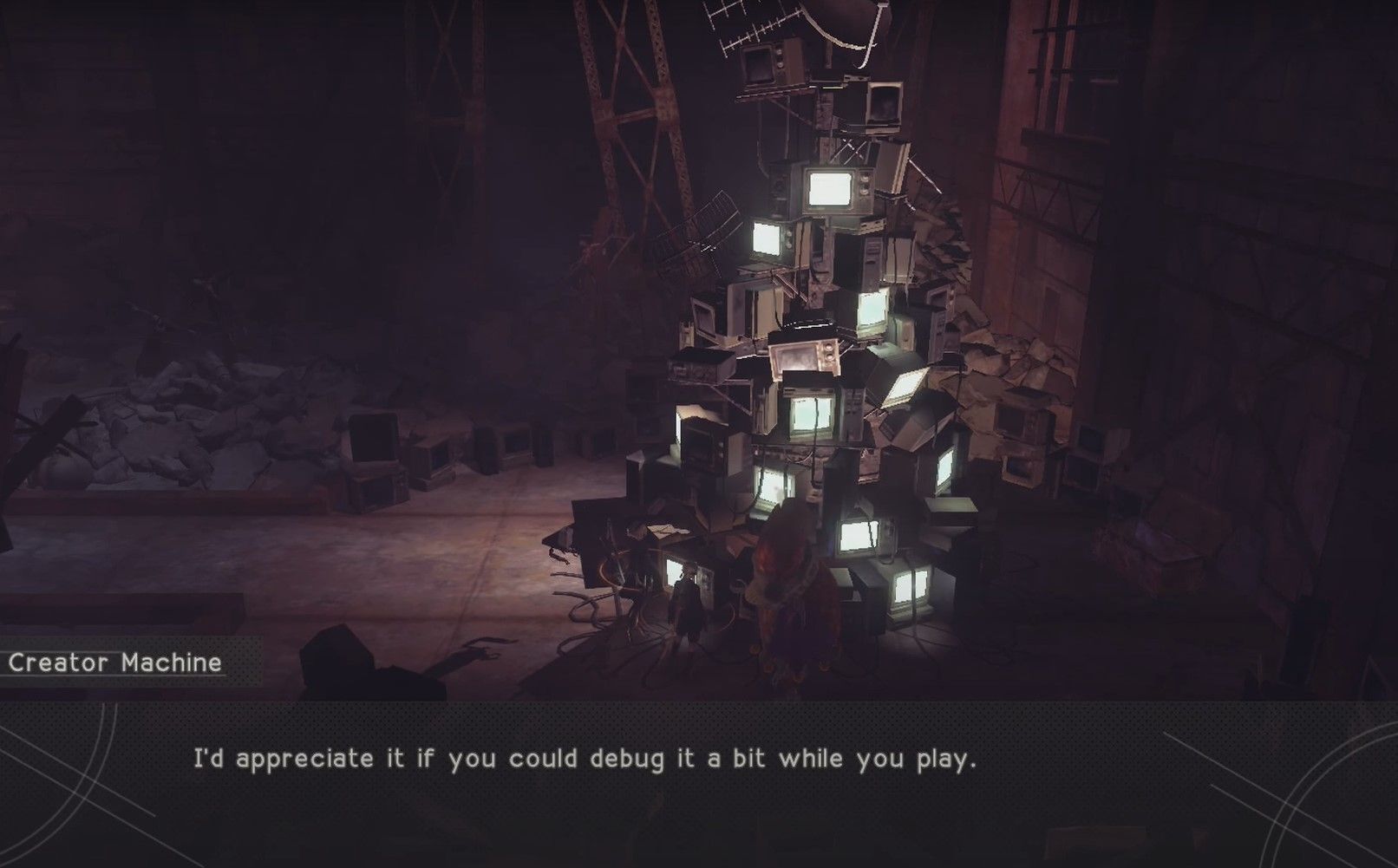 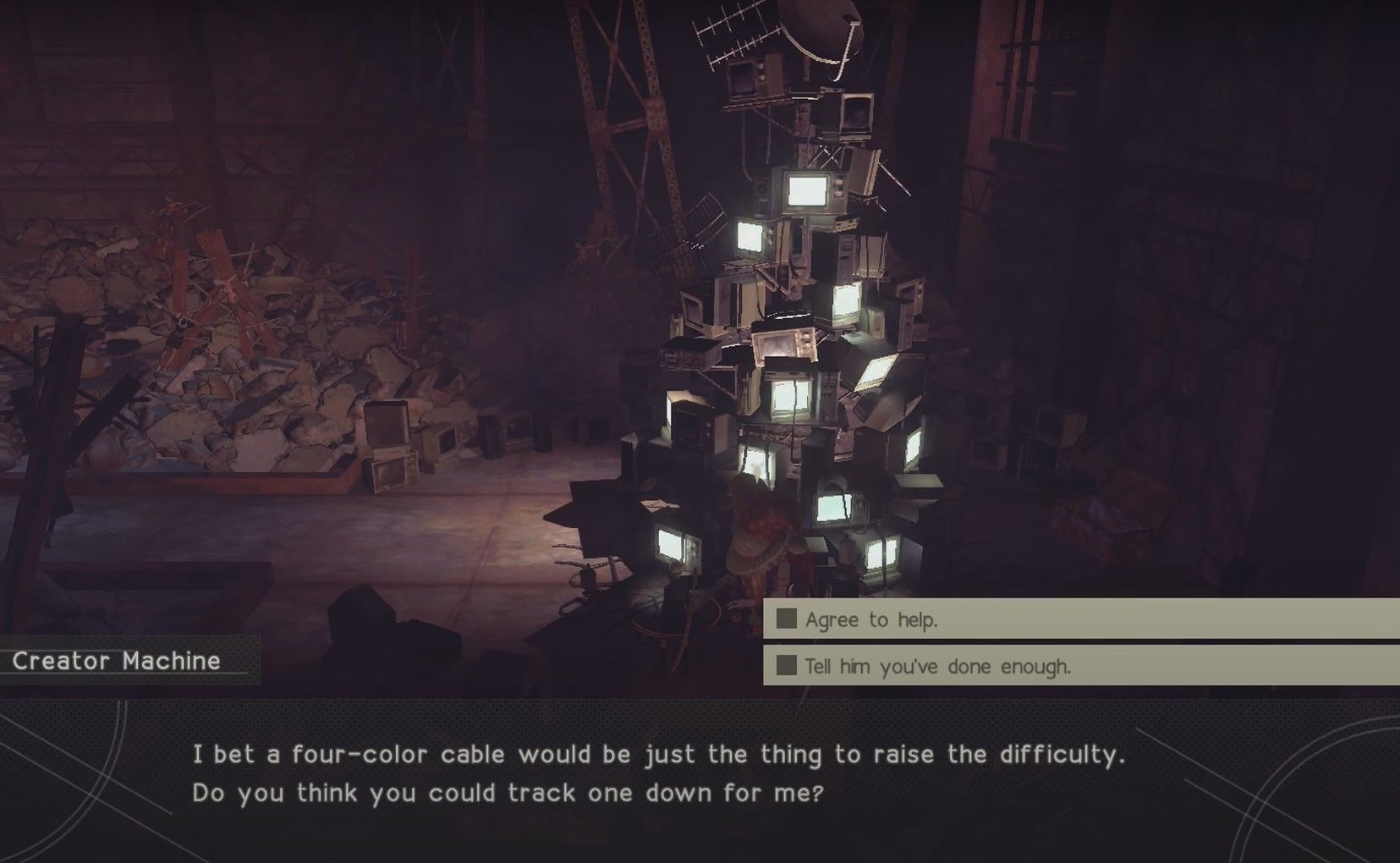 After you help the Game Creator Machine fix the bug, he will ask another favor of you. Level 2 commences after you accept the request again. 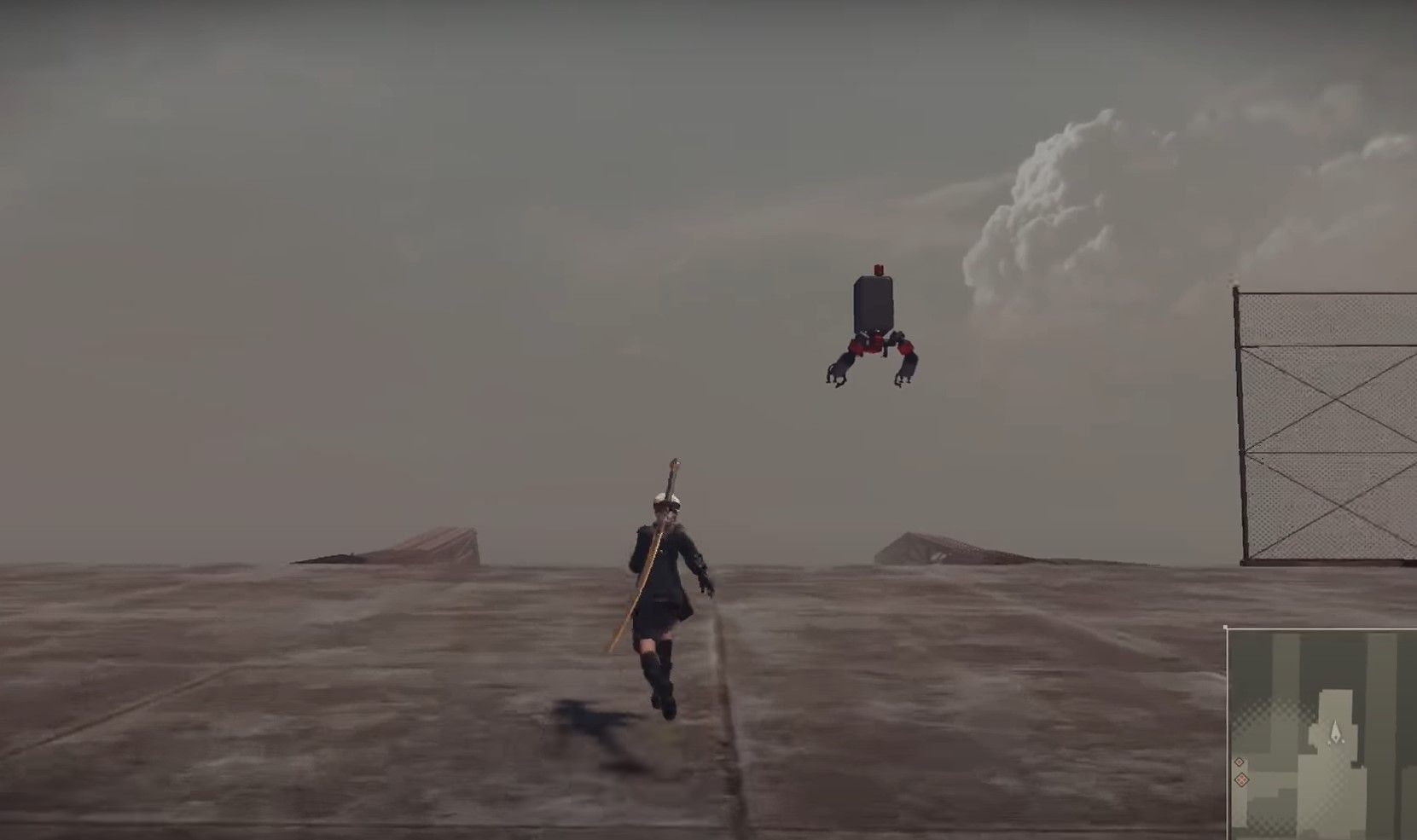 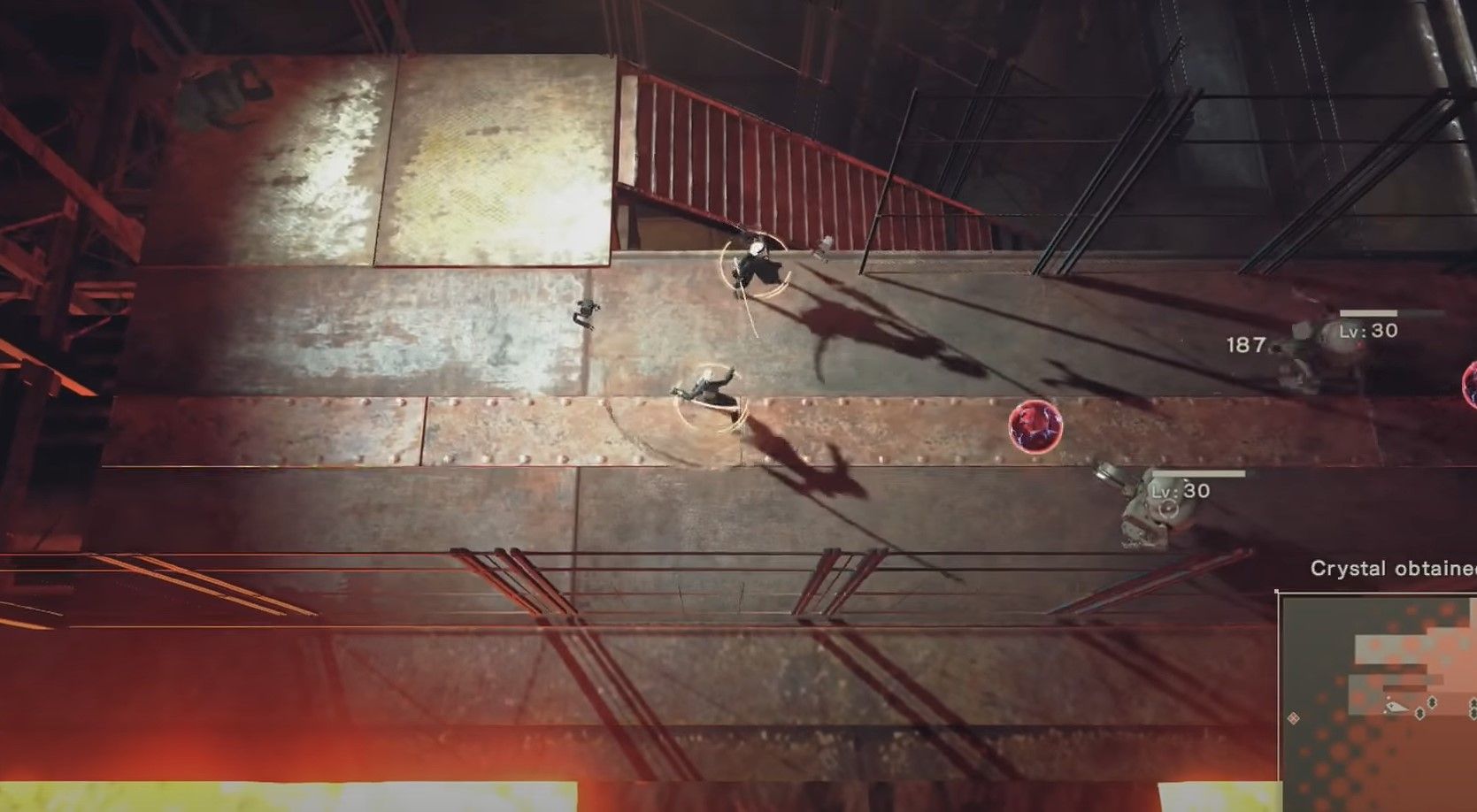 After taking the request from Game Dev Machine, head over to the nearest Access Point and use transportation to get to the Factory Entrance. Once there, get inside the Factory and go to the marked area inside (as seen on your in-game map). You will encounter aggressive machines there, and one of them contains a four-color Cable. Start destroying and looting the machines until you find the four-color Cable.

Once you have obtained the Cable, head over to the Access point and transport back to the Amusement Park. After that, give the Game Dev Machine the four-color Cable, and again, you'll be asked to debug the game.

This time debugging will be a bit more difficult than the first time. To complete the debugging process, keep destroying the enemies and move forward. You will find the bug once you reach the last segment of the machine's game. After completing the Game Dev Machine Lv.2, you will unlock Game Dev Machine Lv.3. 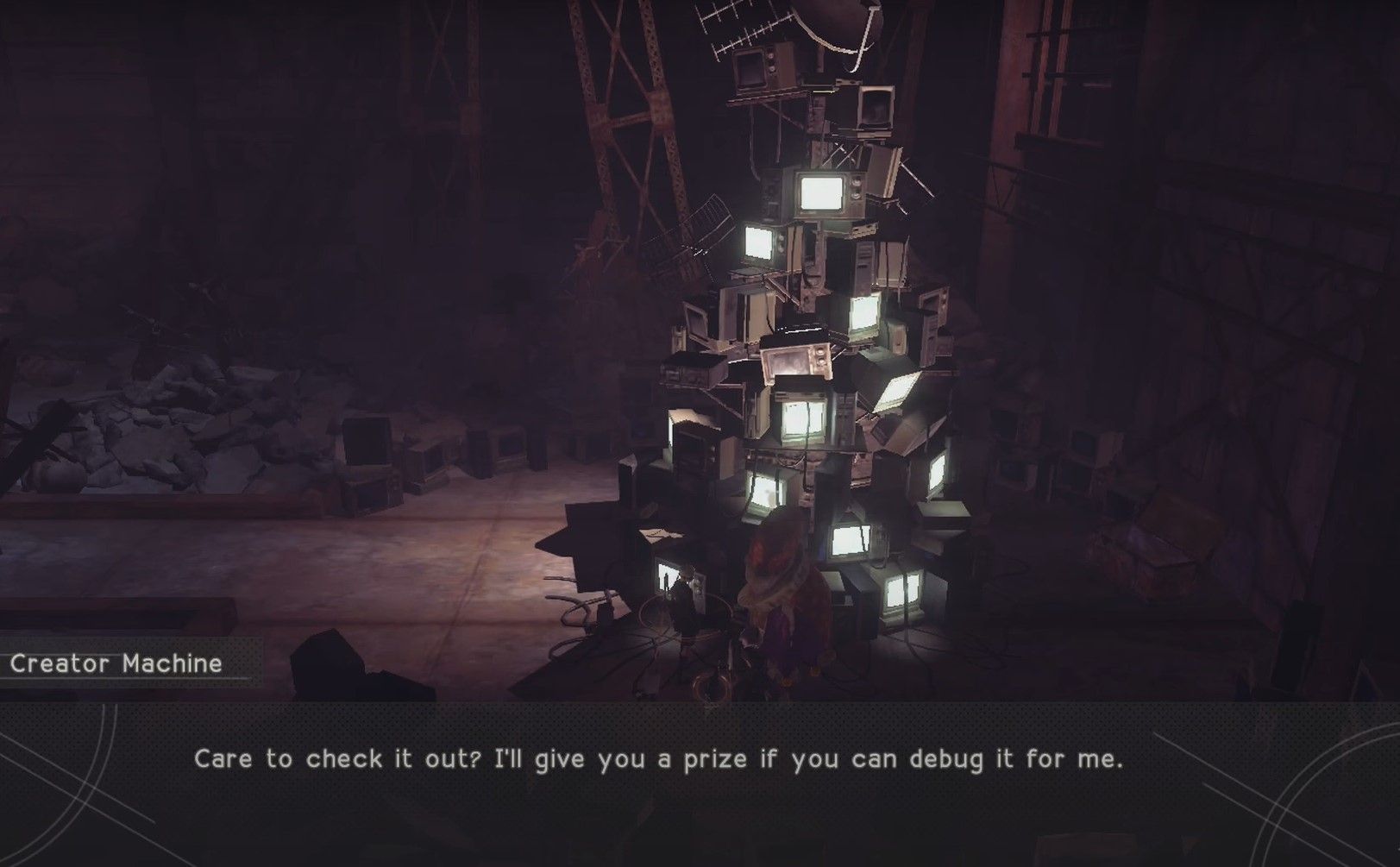 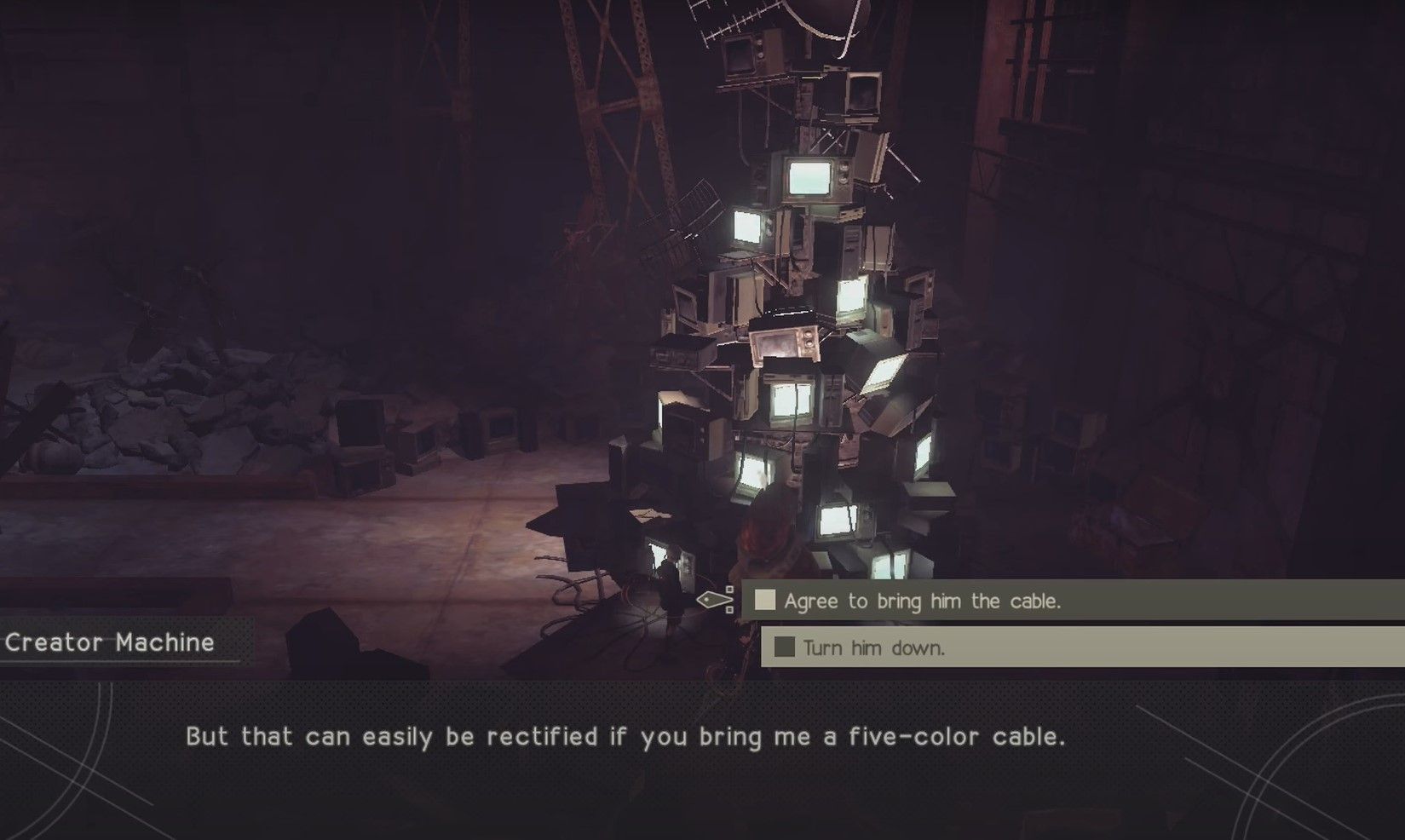 Having completed the second request, the Game Creator Machine will make the third and final request. The Game Dev Machine Lv.3 will commence after accepting the machine’s request. 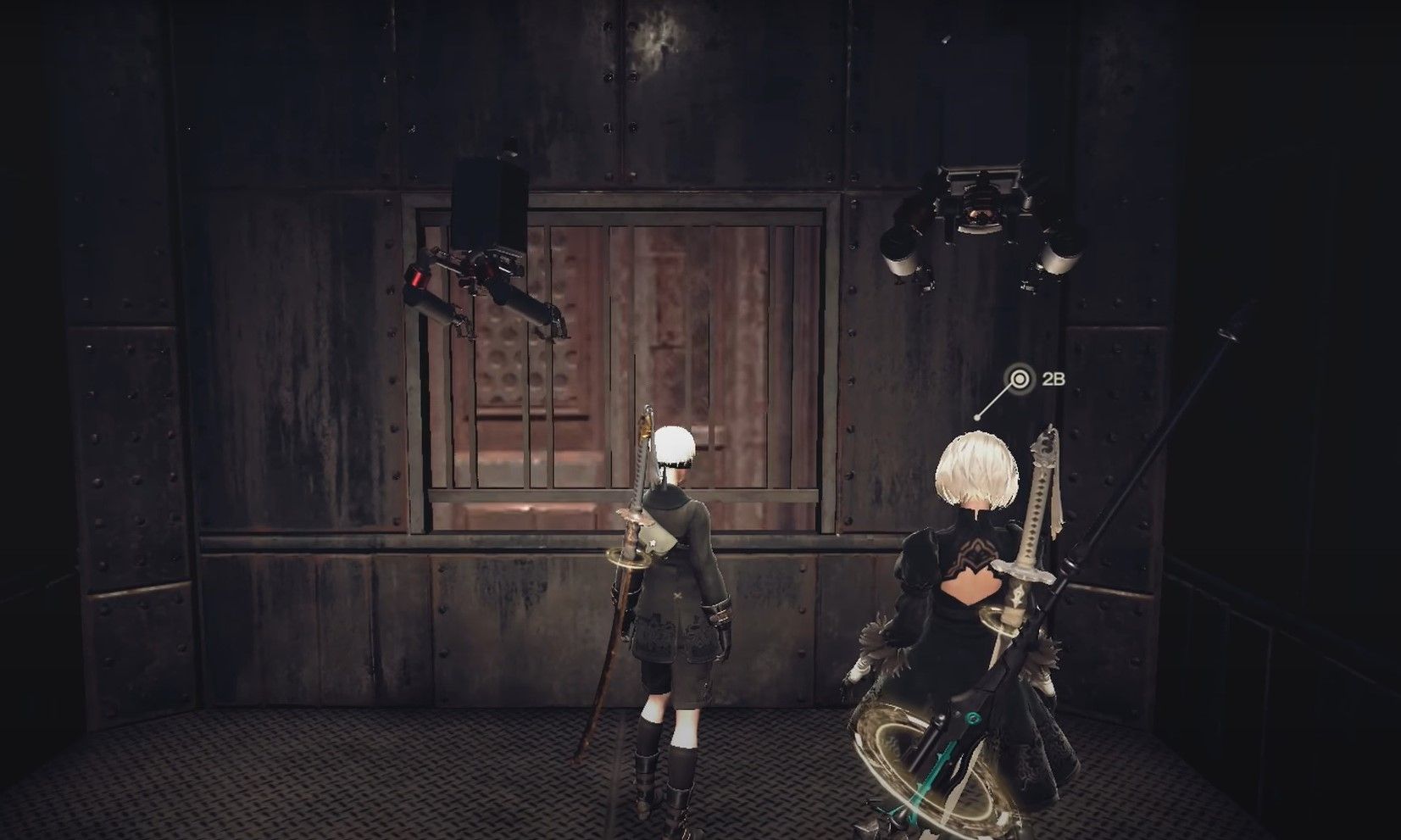 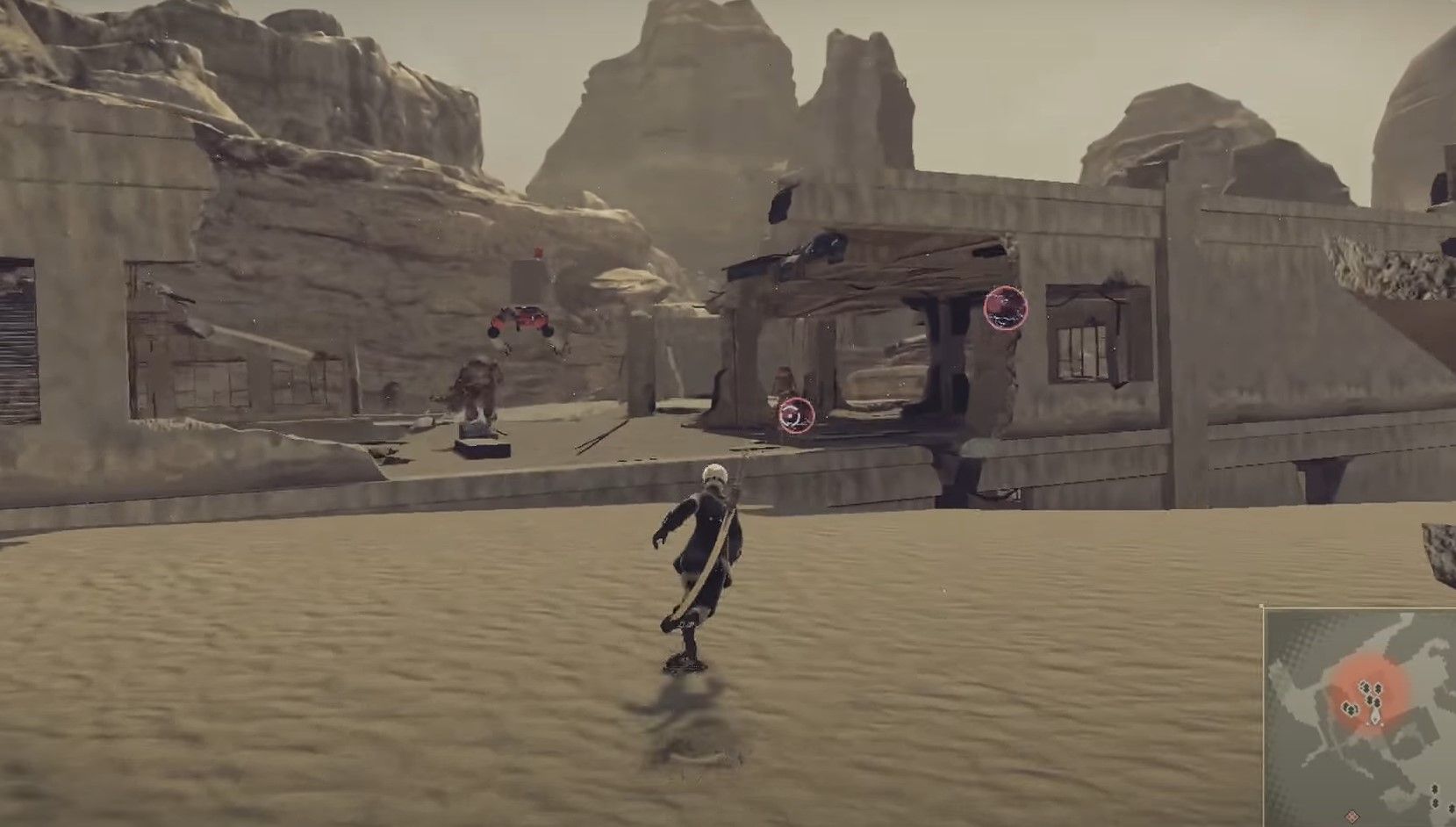 Once you have taken the machine’s final request, go over to Park Ruins: Attraction Square access point and use it to get to the Desert Supply Trader access point. Now, head over to the marked area on the map (as shown in your game map), defeat all the machines there, and collect their drops to find the five-color Cable.

After obtaining the cable, use the Desert Supply Trader access point to get back to the Park Ruins. Hand over the five-color Cable to the Game Creator Machine, and the machine will challenge you to beat the game. To quickly finish the final segment of the mini-game, keep moving forward and avoid defeating unnecessary enemies. The game will be won and debugged right after you reach the end of the screen. 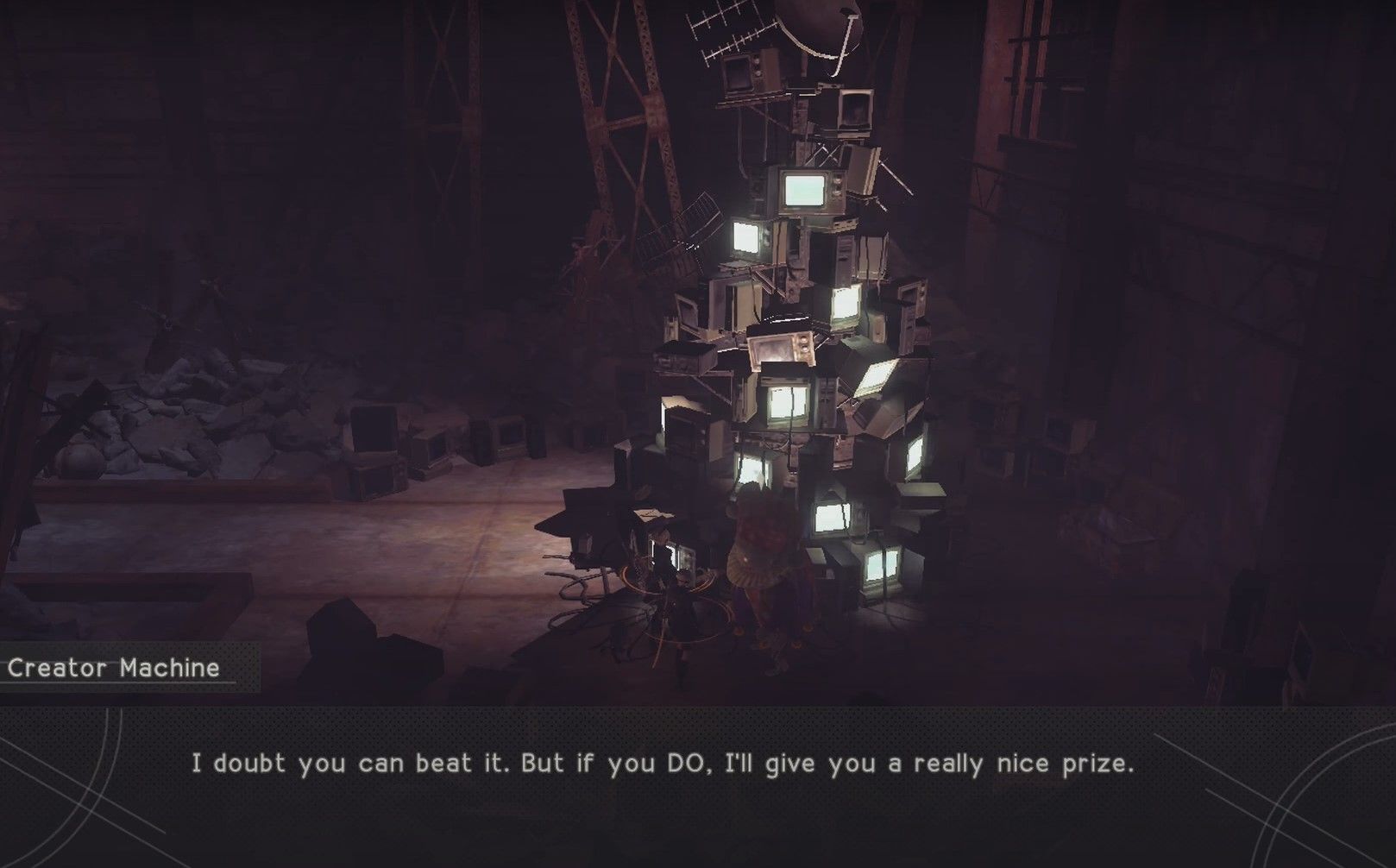