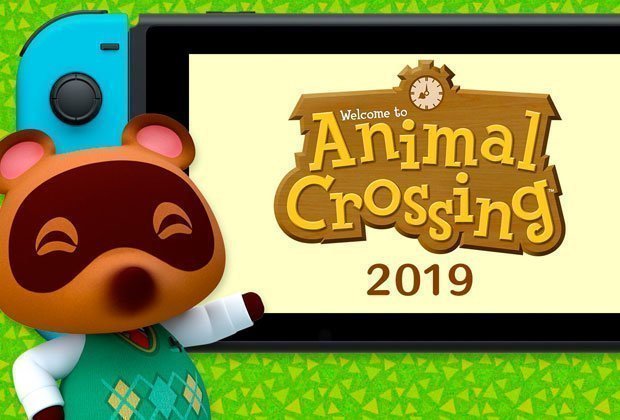 Earlier this week, Nintendo announced that there will be a variety of Nintendo Switch games available for people to play on the show floor at E3 this year.

Those games include Pokémon Sword and Pokémon Shield, Luigi’s Mansion 3, The Legend of Zelda: Link’s Awakening and Marvel Ultimate Alliance 3: The Black Order – and that’s about it for the named titles.

There is one notable absence there that has many players a little aggravated, though – there’s no mention of Animal Crossing on any official correspondence from Nintendo at the time of writing – and that’s got many hardcore AC fans concerned.

In the press release, Nintendo has announced that it will be hosting a Direct on the Tuesday morning of E3, and then there will be more of a focus on indie games during a Thursday morning stream, too.

But nowhere – nowhere – is there a mention of the cosy, village-management game.

Industry commentators on Twitter have noted that this doesn’t necessarily mean that the game won’t be at the show, however.

All the games mentioned by name in the press release are titles we already know are coming to the Nintendo Switch in the next year or so – we imagine games that are longer out may only get a trailer and vague release window.

That means, most likely, that titles like Bayonetta 3, Animal Crossing, Metroid Prime 4 and others don’t get a mention, but may get a reveal (or re-reveal) during the Nintendo Direct livestream.

So whilst it looks like bad news at first glance – don’t worry too much.

We’re sure Nintendo is looking out for all your favourite franchises.

“The 2019 lineup for Nintendo Switch aims to deliver smiles with many different unique games and experiences,” said Nintendo of America President Doug Bowser.

“Games available this holiday season will be the focus of our booth, and no matter where you live, you can participate in the fun events by watching Nintendo Treehouse: Live during E3 or visiting Nintendo Early Access events at Best Buy, which have a focus on MARVEL ULTIMATE ALLIANCE 3: The Black Order.”

Nintendo of America’s Treehouse staff hosts a livestream from Nintendo’s booth at E3 that offers viewers live gameplay and commentary, too. The show on Tuesday, June 11, starts immediately following the Nintendo Direct presentation.

For the next two days after that, the show is scheduled to start at 9 a.m. PT.

And for the first time ever, Nintendo is dedicating Nintendo Treehouse: Live programming on Thursday, June 13, to focus on indie games.

People can view every day of the livestream at https://e3.nintendo.com/.