If summer camp was your way of escaping the school routine, and you also loved The Legend of Zelda, then Nintendo’s Camp Hyrule must have been the event for you. What stands as Nintendo’s biggest online event now has its collection of games available on the Internet Archive.

First appearing in 1995, Camp Hyrule was the virtual place to be in August, where a host of online games were available to play within its summer camp simulation. The catalogue of games included trivia challenges, sports games, rhythm minigames, and more. Participants could also chat with each other and win prizes for their victories in-game, under the supervision of Nintendo employees and Nintendo Power writers.

Running from 1995 to 2007, Camp Hyrule featured many summer camp traditions within its Java-based games, including campfires, water sports, and archery. Amidst the camp’s Zelda theme, attendees were assigned to cabins and joined teams to earn points in the game library. After the session concluded, the victorious team would win special prizes, with consolation prizes also being distributed. The event’s demise arrived in 2007 due to the termination of NSider forums, and the switch from Nintendo Power to Future US. 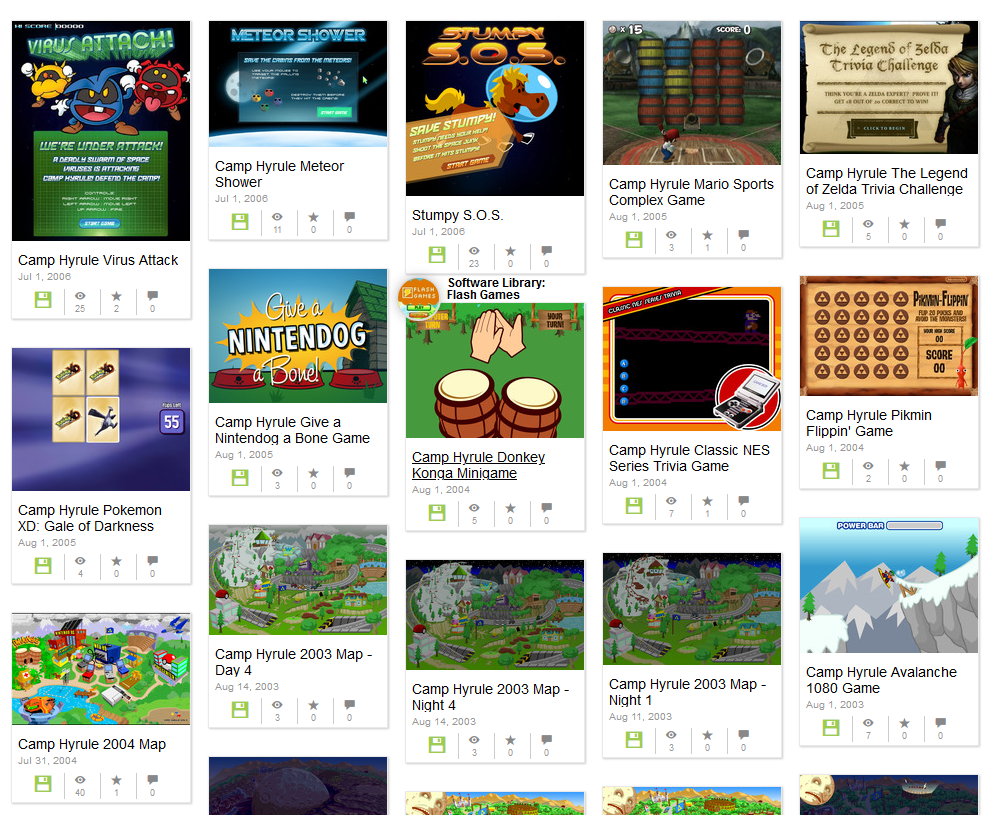 Nintendo also used Camp Hyrule to promote its products, where some games over the years focused on the Game Boy Advance SP and Donkey Konga. The camp would also take on a theme each year to promote the release of an upcoming Nintendo game. The Legend of Zelda: Twilight Princess was the camp’s 2005 theme, where environments would be based on locations from the game and influence the camp session’s storyline. Nintendo of America’s online staff monitored the message board and chat rooms, where daily emails were sent to participants with points in addition to the camp’s developments.

Fans who remember taking part in Camp Hyrule must miss its community spirit, however, Nintendo is still supplying virtual events. Back in May, players were able to take part in Nintendo’s online tournament for Super Smash Bros. Ultimate, which ran for three days. Players were required to select electric-type fighters, including Pikachu, Hero, Robin, and more. Perhaps Nintendo will consider a Camp Hyrule successor at some point, as most events transition online for the foreseeable future.