No Man’s Sky: How To Get Gravitino Balls

Gravitino Balls are a rare and expensive item in No Man’s Sky, ideal for farming but tricky to find. There is a risk to finding the Balls as they’re most common on hostile planets covered in Sentinels, and the Sentinels do not like it when you pick them up. It’s worth it though: these tradeable items can be farmed to make a consistent profit. 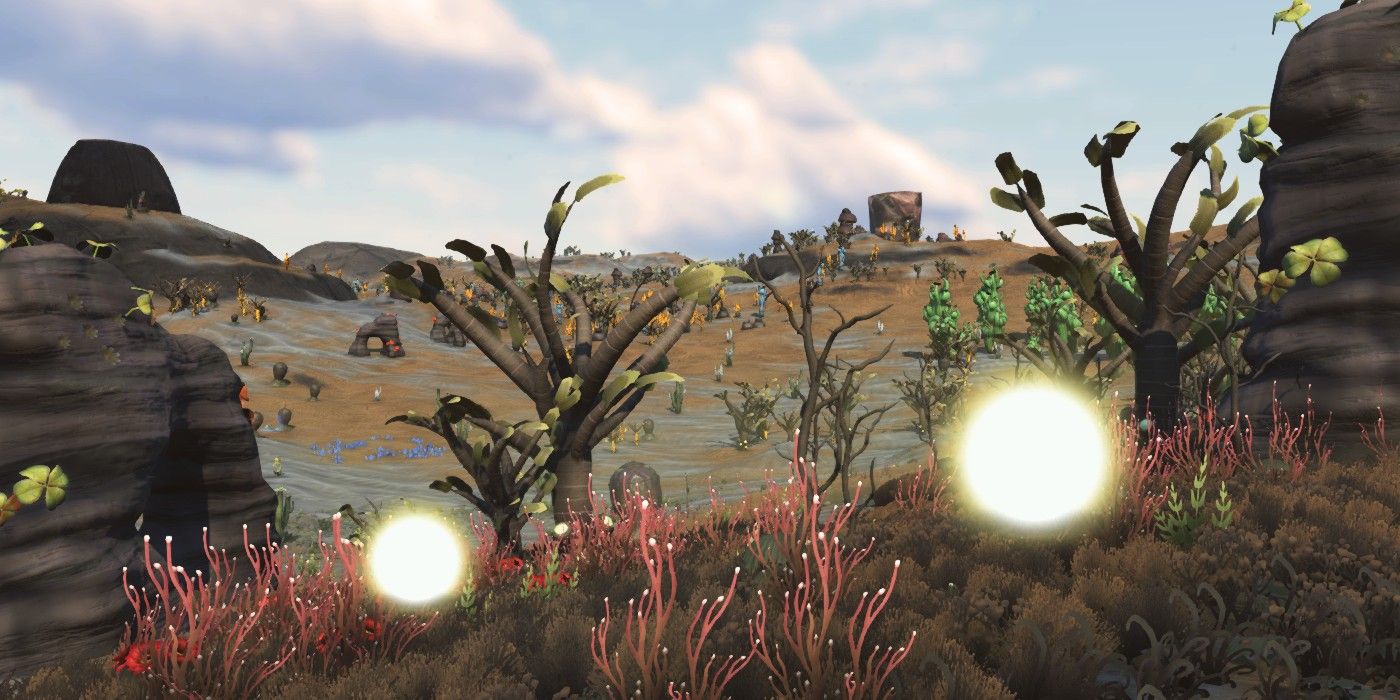 There are a few different places where you can find Gravitino Balls in No Man’s Sky, but the most common places tend to be where there are hostile sentinels. Here’s a rough guide on where to find the planets.

Gravitino Balls spawn on a variety of different planets, although if you want to just find some lying around, you want to head to a planet with high Sentinel activity. Gravitino Balls always spawn on planets that have hostile Sentinels. The balls are also more common on barren, dead, lifeless, and generally horrible planets.

There are three degrees of hostility for Sentinels: low, medium, and high. Gravitino Balls will not spawn in the wild on the first two planets. When you enter a planet with hostile Sentinels you will get a notification. This will be recorded in your Discoveries tab and will feature one of these adjectives:

If you read any of these, it means you’re in the right place. Check out our guide on how to deal with Sentinels if you feel like taking them on. Jump into your ship and fly around on the hunt for Gravitino Balls. You can scan with your Analysis Visor to find them easier, although they do glow very white when you get closer — they’re hard to miss. If you are using the scanner, search for the yellow icon. This denotes a rare pick-up.

Gravitino Balls sell for over 10,000 credits each, which makes them a great way to get some easy credits.

Frigate Expeditions Can Reward You With Gravitino Balls 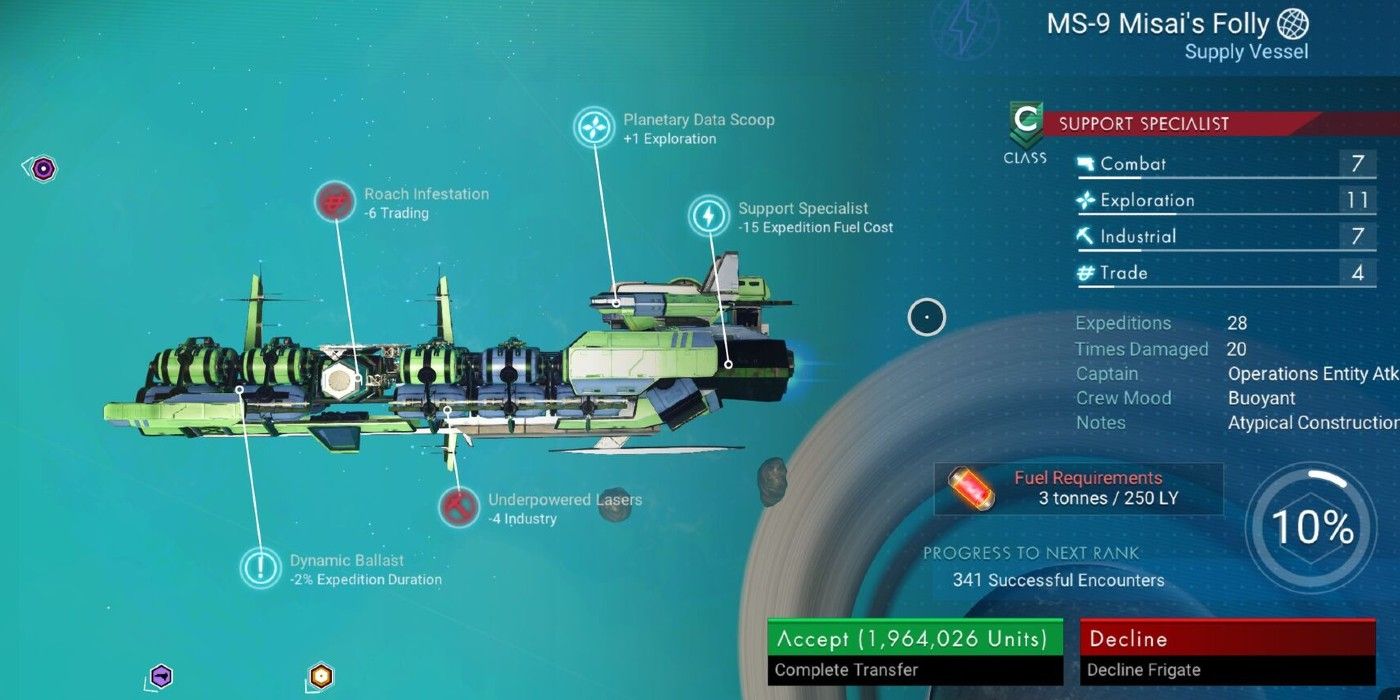 Building a large fleet of Frigates is a great way to farm for Gravitino Balls and other rare items. Once you own a Freighter, you can build a fleet of up to 30 Frigates, which can then be sent out on Exploration missions. These have a chance to provide Gravitino Balls.

You want to make sure you have Exploration Specialist Frigates as these have a better chance of providing you with Gravitino Balls, or on rare occasions, an Artifact from an Ancient Ruin. 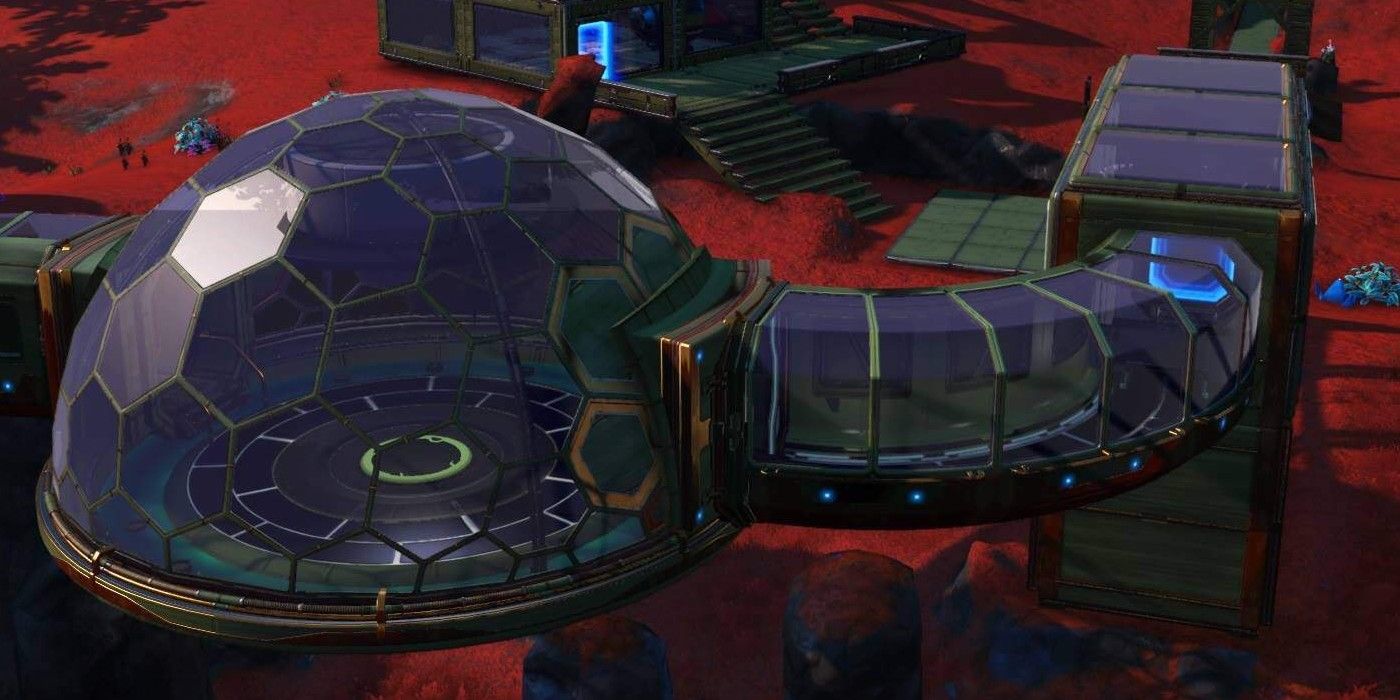 Gravitino Balls are a great way to make some steady income. Here’s how to set up a simple Gravitino farm to start hoarding those credits.

To acquire Gravitino Host seeds you’ll need to find the Farmer. This Gek NPC will spawn after you fulfill these requirements:

The Farmer is more likely to spawn in Gek systems once you’ve fulfilled these requirements. You can find the Farmer on the galaxy map by looking for a little Wheat symbol.

If you can’t be bothered to fulfill all the different requirements you can just purchase the blueprint of the Gravitino Host from the Construction Research Station aboard the Anomaly for a few Salvaged Data.

Setting Up The Farm

Remember, Gravitino Hosts can only be grown indoors. You’ll need to set up at least one Bio-Dome in your base or a series of growing stations onboard your freighter, for example. Bio-Domes do need an external power source to allow you to harvest the plants all in one go.

Gravitino Balls take roughly two hours of real-life time to grow. This makes them a pretty reliable source of credits, though to be efficient you’ll need to keep heading back to harvest them.

What Are Gravitino Balls Used To Craft? 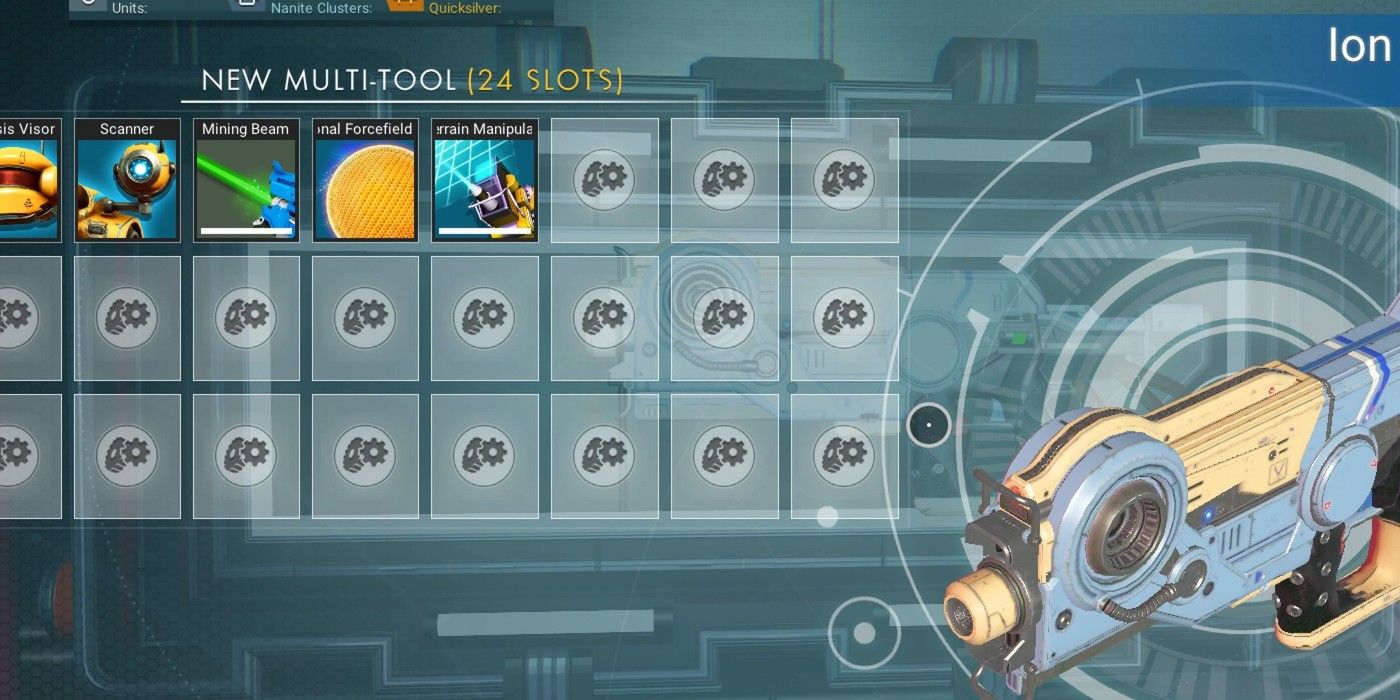 Before you start selling off every single Gravitino Ball you find, you might want to save a few to craft some essential items. These are mostly multi-tool upgrades, like the Intra-Knife Accelerator upgrade, or larger upgrades, like the Precision Minotaur Laser for the Minotaur Exocraft.

Some of those larger upgrades, like the Intra-Knife, Positron Ejector, and Cyclotron Ballista all require 10 Gravitino Balls, so they turn out to be pretty expensive items when you factor in how much each Ball sells for.