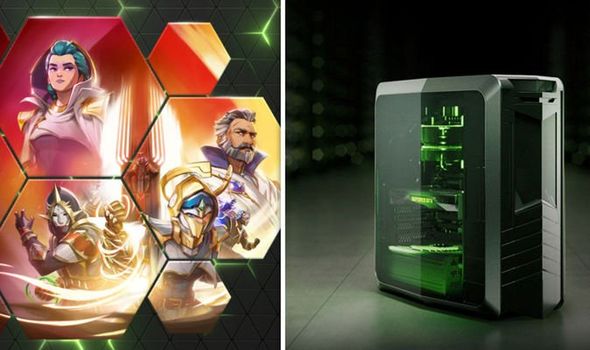 You can see the full list of brand new GFN Thursday games to stream further down the page.

As part of the latest games update, subscribers can also access a brand new reward for Spellbreak.

The Noble Oasis Outfit is available to Founders members from today, followed by Priority members on April 16. Anybody with a free membership can try to earn the reward from April 20.

“It’s first come, first served, so be sure to redeem your reward as soon as you have access!” NVIDIA explains.

In addition to the new games, GeForce NOW subscribers will also notice one or two changes to titles already available with the service.

“GeForce NOW members are getting updates to a few games this week in the form of new expansions or RTX support.

“Path of Exile, the popular free-to-play, online, action RPG is getting an expansion in Path of Exile: Ultimatum. It contains the Ultimatum challenge league, eight new Skill and Support Gems, improvements to Vaal Skills, an overhaul to past league reward systems, dozens of new items, and much more.

• Nigate Tale (day-and-date release on Steam, April 12) – currently available for 15% off through April 18

• Werewolf: The Apocalypse – Heart of the Forest (Steam)