The Final Fantasy 7 Remake fans who want to be reminded about its soundtrack every sixty minutes are in luck, as an official clock will play tunes from the game on the hour, every hour, except when it’s dark.

The run-up to the release of Final Fantasy 7 Remake was filled with all kinds of ridiculous merchandise. These ranged from £300 Aerith necklaces to DLC and Dynamic Themes in candy bars. Square Enix has been shilling Final Fantasy 7 Remake hard, and that’s not likely to change anytime soon, especially as more entries in the series are being worked on as we speak. 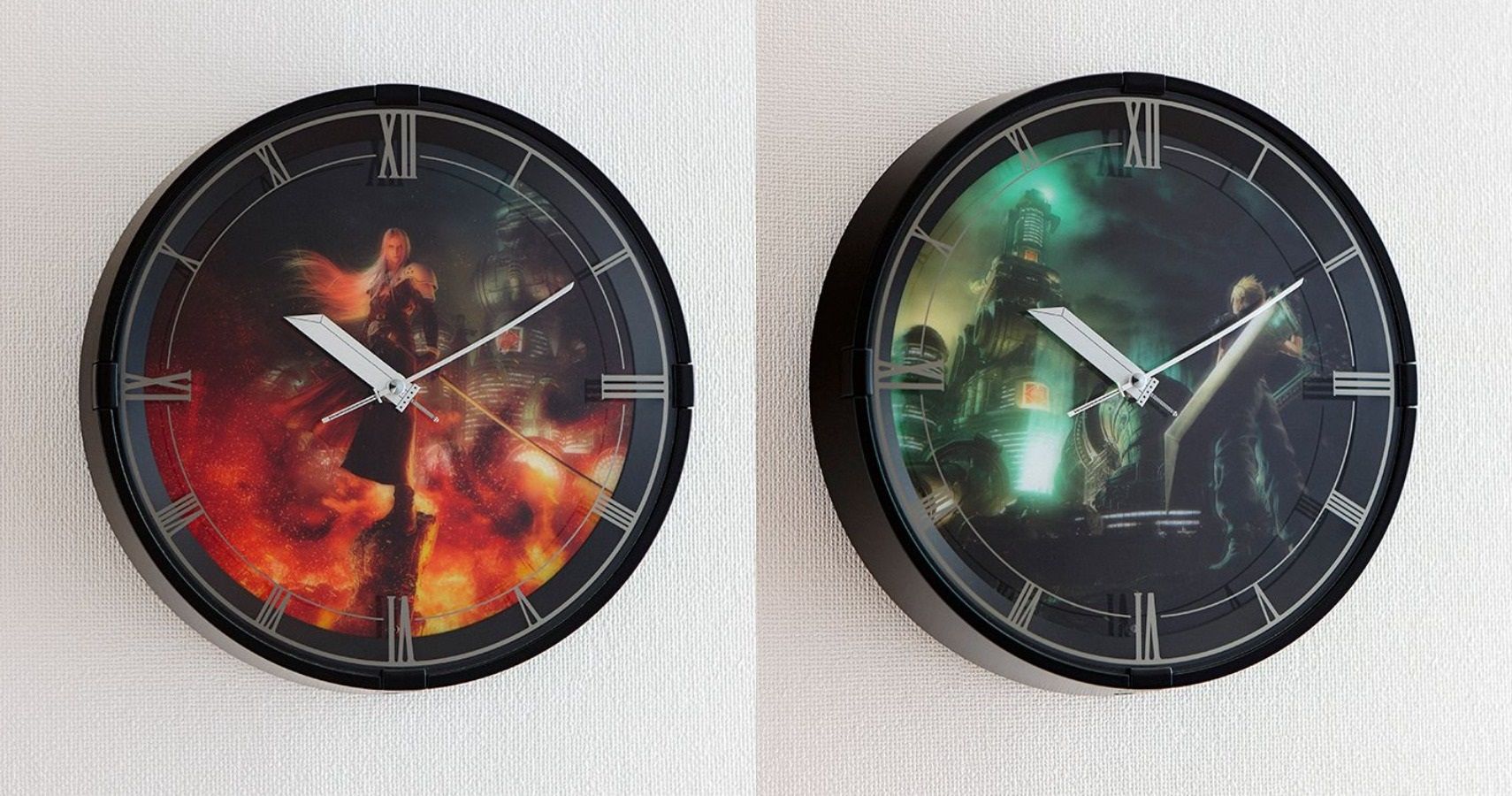 Square Enix has announced one of the strangest pieces of Final Fantasy 7 Remake merchandise yet. You can now pre-order an official Final Fantasy 7 Remake clock that plays one of twelve tunes from the game on the hour. The clock has a light sensor built into it, so it knows not to play the songs when it’s dark. There are Cloud and Sephiroth variants of the clock, and both have hands based on the Buster Sword and the Masamune. The artwork on the clock is backlit, so it will illuminate in the dark. A video of the clock in action can be seen on the PNF404 YouTube Channel.

You’re going to need to be as rich as the Shinra Corporation to afford one or both of these clocks, as they retail at £121.99/$129.99 each. The clocks are intended to be released on January 29, 2020, but the Square Enix website stresses that the release date is an approximation.

Final Fantasy 7 Remake has one of the best soundtracks in the series, but the clock feels like it would become old very fast. Songs like “Aerith’s Theme – Home Again” are amazing, but hearing them once a day when you might not expect them means they would quickly lose their luster. The Planet help you if one of the songs interrupts an important moment in your life.

Next: Final Fantasy 7 Remake’s First Patch Fixes A Lot Of Its Graphical Issues, But Not All Of Them

The Cloud and Sephiroth Final Fantasy 7 Remake clocks are expected to be shipped on January 29, 2020.