I’ve been digging holes and collecting pets in Roblox this week. I can’t stop. The games are not meant for me, they are not meant for anyone even remotely close to my age, and yet there is something here that keeps me playing. Hits of dopamine parceled up into games with slightly dodgy graphics and cut-and-paste models that kid developers pilfer from each other. It feels like I’ve traveled back in time to an era when browser games ruled, a time when the simplest games were often the very best. Except for this time, a big corporation at the top of the food chain is reaping the rewards from promising young developers. Games are the best.

It’s my job at TheGamer to write about Roblox. I did not ask for this task, it just fell onto my shoulders. When needs must, and all that. When I tell people that I actually spend a lot of my life writing about Roblox, the most common response is, “What’s that?” I tell them Roblox is one of the most popular games in the world—possibly the most popular, though the exact numbers are hazy. The most recent stats, which I can only find from April 2021, put it at around 202 million monthly players. Rather than a single game, Roblox provides a platform for a variety of ‘experiences’, yes, that’s their official name, that are enjoyed by millions of (mostly) children across the globe. Vietnam, Nigeria, the United States, Pakistan—you name it, somewhere on earth, there is someone playing Roblox.

Whoever I’m talking to, is, at this point, nodding along with glassy eyes. I don’t blame them. We’re in the pub talking about a game for children. Even when I talk to people who also spend most of their lives around games, Roblox is a hard one to explain. The Roblox sensation is quite frankly bizarre. Most of the games look like total arse. None of them have particularly complicated mechanics, and many of the games are straight copy-and-pastes of other's successful work. In a world of Game Passes and VR headsets, why on earth is Roblox the winner time and time again? 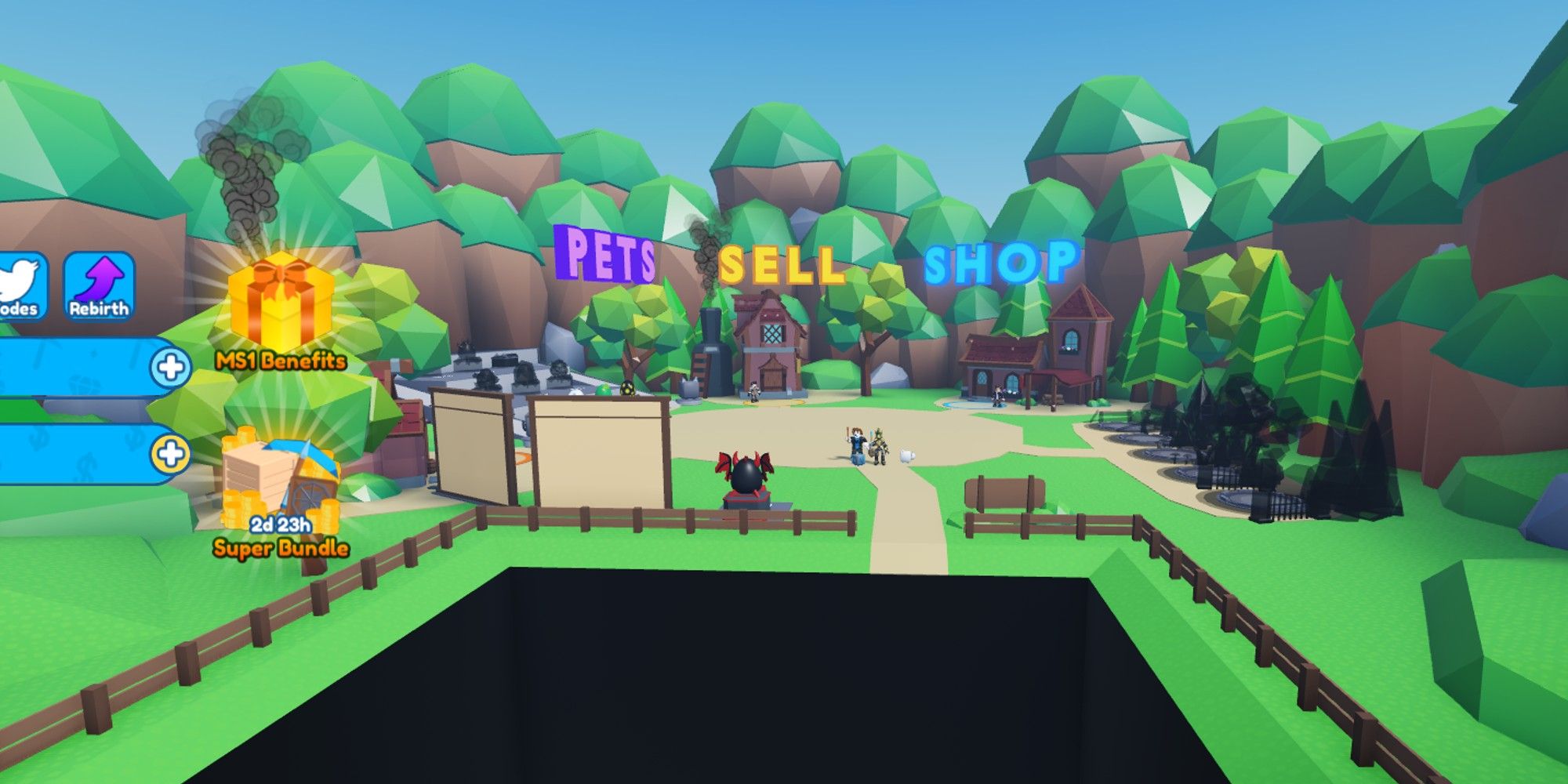 That’s without even raising the company’s extremely questionable business practices, as raised by People Make Games in their fantastic expose on how Roblox is exploiting child developers (you can watch the video here, I recommend it.) In summary, the majority of Roblox games are developed by small teams of usually quite young developers, sometimes still in their teens. They have no protection and no employment terms—Roblox quite literally steals money from these kids. And yet, new games are released all the time, and sometimes they turn these kids into overnight millionaires.

This monetary drive means there is an almost constant influx of new experiences on the platform—trust me, I spend most of my waking hours watching trends and releases and updates. It might be just another copy-and-pasted game based on the popular manga One Piece (that really is all the rage at the moment) or yet another creature collecting game with Gacha mechanics and enough clicking to give an almost-30-year-old RSI. There is always something new to play. Roblox is an antidote to that truly 21st-century phenomenon—an attention span as long as a 12-second TikTok of a cat falling off a table.

The game is also free. You can purchase Robux for real money for boosts and pets in the various games, and there are one or two of the better experiences that will cost you real money, though this is rarely more than a fiver. Because of its terrible graphics, you can run Roblox on just about any machine, including your mum’s 2009 Dell laptop. All the development tools are available for free, too, which means with a bunch of YouTube videos and hours of your young, kiddy life, you too could become a hit developer with a game like Adopt Me!, a game that has gone mainstream with Walmart toys and exclusive spin-offs. 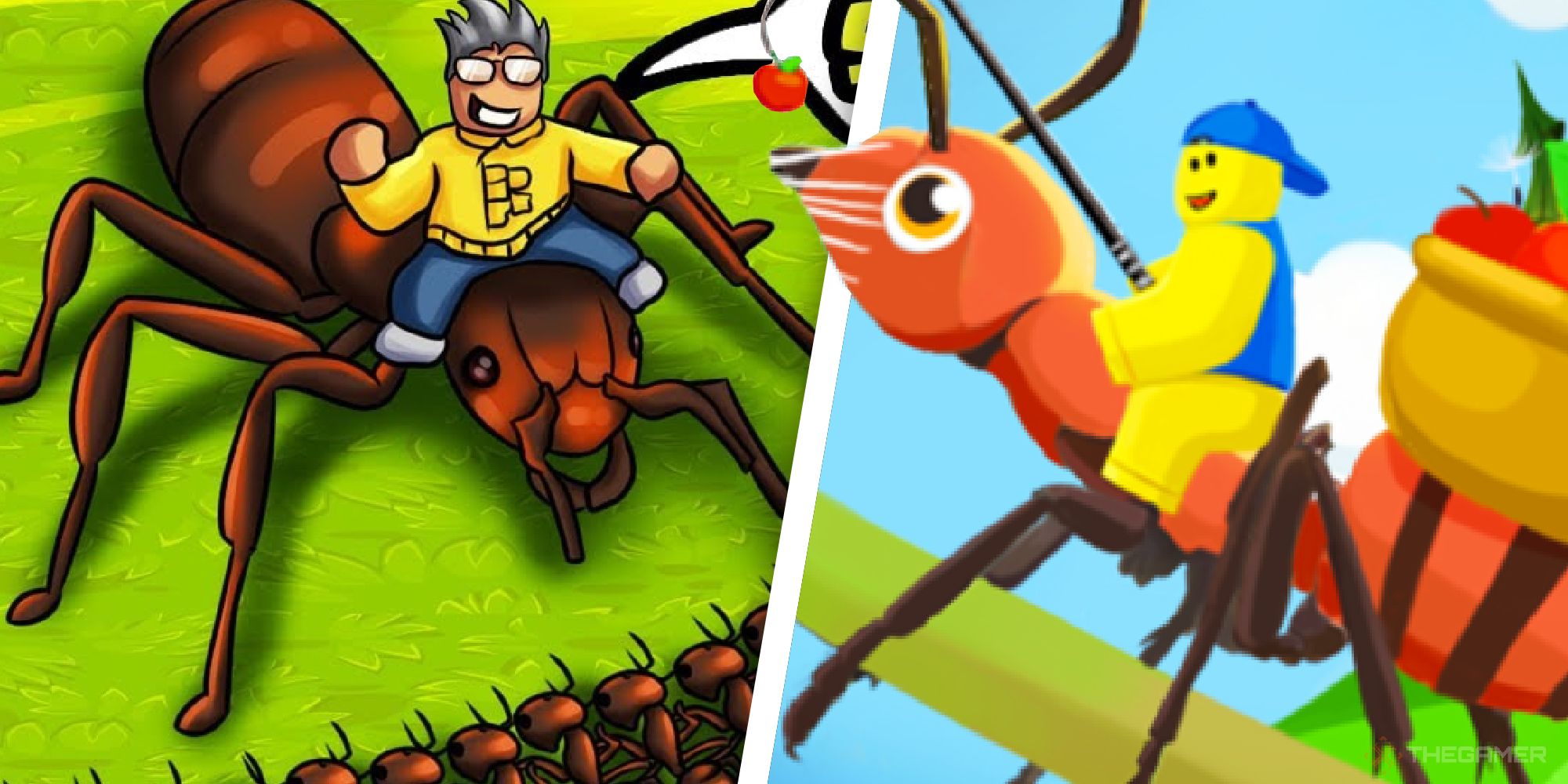 Thriving communities also form around these games. There are Discords with thousands of members, developers with celebrity-like status, and enough popularity around the games to skyrocket Roblox YouTubers to the moon and back. Kids like consuming content. In the land of Roblox, there is always content. Sniffing money out like truffle-hunting pigs, big brands have also recently got in on the action. Gucci Town was a free-to-play experience that was giving out Gucci-branded handbags and hats for players to wear on their avatar. Wimbledon hosted its own tennis-themed tournament game. Vans, Tommy Hilfiger, Nike—pretty much any modern brand you can think of has had a whirl at Roblox.

So that explains why the kids love it. But me? I’m 27 years old. Circumstance has forced me to play these games because my job demands it, but once the clock ticks past 5pm, why am I still in Mining Simulator 2 digging a hole? I’ve got a simple answer for you—the game is almost perfectly crafted to keep you playing. Once you start digging, there’s no stopping. The game is so simple and so rewarding and so rich with dopamine that it outshines most of my Steam library. I’m not kidding, either. It’s actually a bit terrifying. Someone drag me out of here, I’m stuck in a Roblox hole and I can’t get out.