One Piece Odyssey features nine members of the pirate crew. With each member wielding plenty of battle abilities, there's a lot of choices when it comes to attacks or supporting moves. Some are charged with fire and ice, while others will daze enemy teams. Then, of course, we have the large-scale attacks so synonymous with anime battles nowadays.

No matter who you choose and which ability you like to use in a fight, you're in for a show. While seeing a full animation each time an ability is used might get a little frustrating after tens of hours, there's no doubt that the animations are stunning. Each of these glorious abilities are bursting with colour and personality. 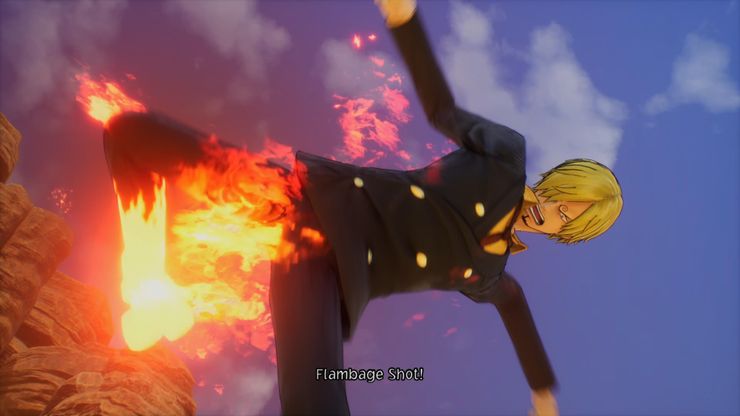 The Flambage Shot is a fire-based kick from the Straw Hats' best kicker, Sanji. Launching himself into the air, his foot ignited into flames, he slams his foot into the enemy leaving them with a nasty burn. Sanji has several fire kicks, but this has to be the flashiest from his toolbox. 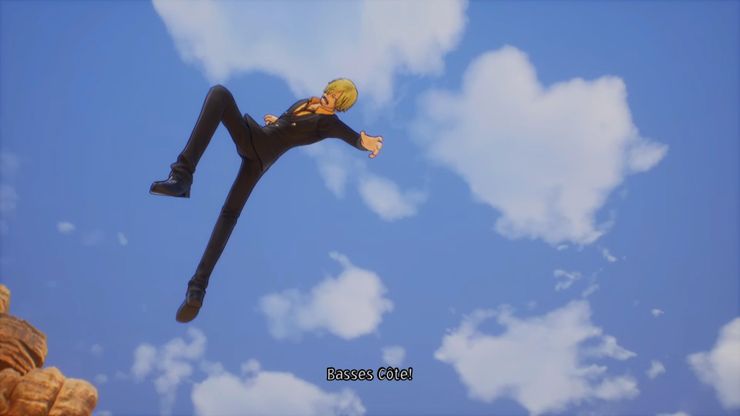 Sometimes you can't beat a simple ability. Basse Cote launches Sanji across the battlefield and kicks the opponent with an accurate kick to their upper body. There are no flames engulfing his limbs this time, but there's no doubting the power of these kicks. 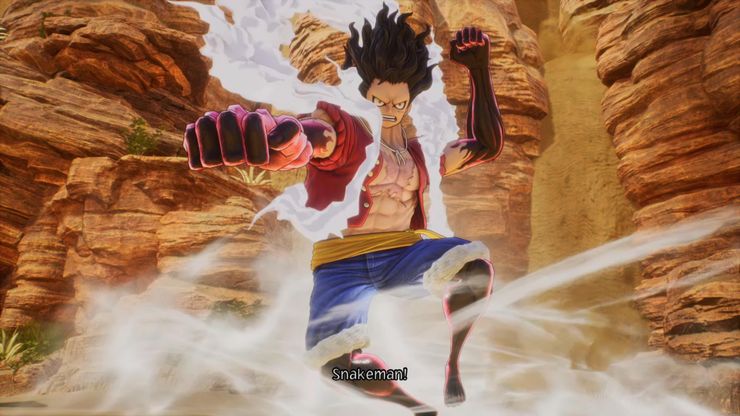 Of course, Luffy has the strongest ability in One Piece Odyssey. Powering himself up to 'Gear 4' Luffy transforms into a beefy version of himself – large chest, stocky build – and winds back his arm. Once unleashed, his fist pinballs around the arena building power before punching the enemy for thousands of points of damage. 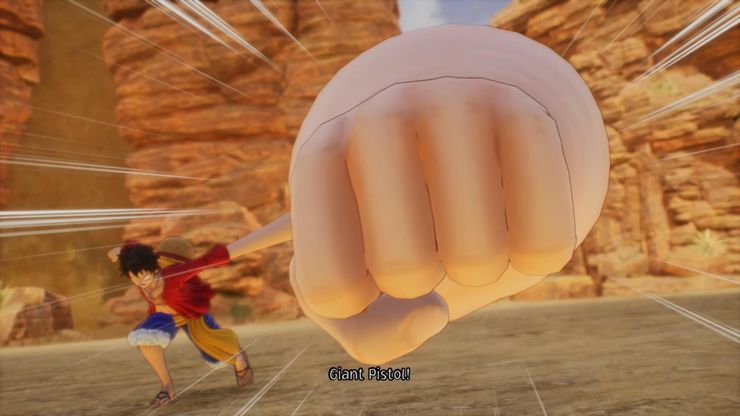 Stepping up into 'Gear 3' Luffy shoves his thumb into his mouth and blows into his thumb. Suddenly his fist grows a hundred times the size. Cocked back behind him, he winds up for the biggest punch possible. As Luffy's fist slams into the enemy he knocks them senseless. 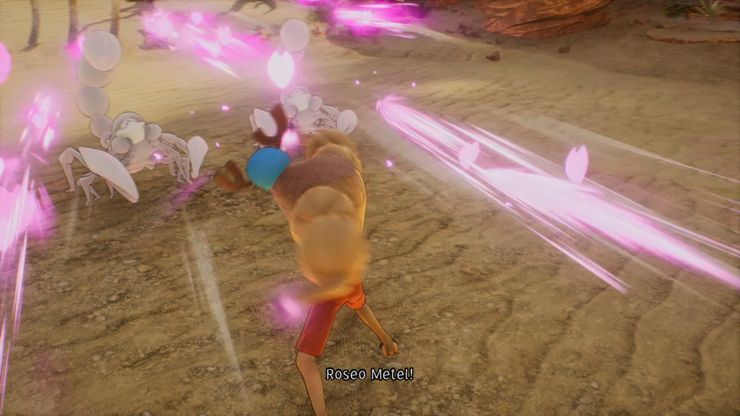 To be honest, any of Chopper's abilities could be included on this list. Not only does he have a lot of power, but each of his moves changes his appearance. For this group hitting ability Chopper grows into one of his larger forms before ripping a bunch of punches, much like Luffy's Gatling Punch, taking out the whole group. 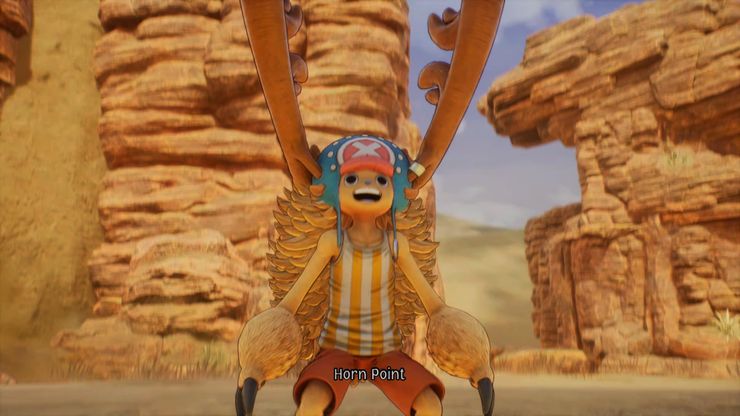 Although Chopper stays in one of his smaller forms for this ability, his reindeer horns grow large and long. After jumping into the air, Chopper slams down to the ground and burrows deep into the dirt. Swiftly tunneling through Chopper bursts from the ground, ramming his horns into the enemy. 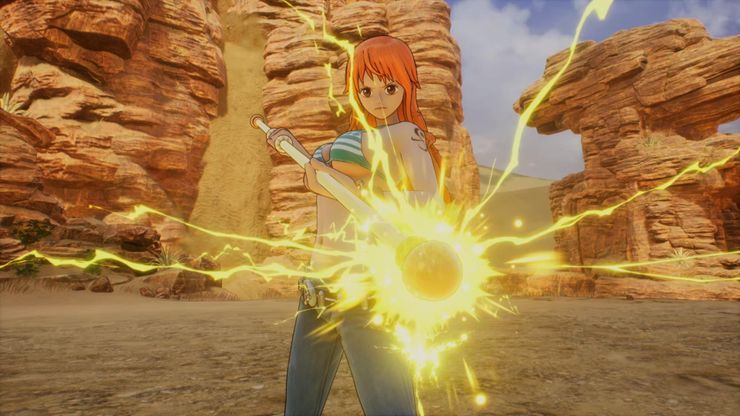 Nami is a master meteorologist, able to wield lightning. This gives her a great advantage in battles as she electrifies her enemies. Swirling her staff, Nami charges it with electricity before thwacking her opponent and unleashing all of that power in one hit. With a chance to paralyse, this move can be super helpful. 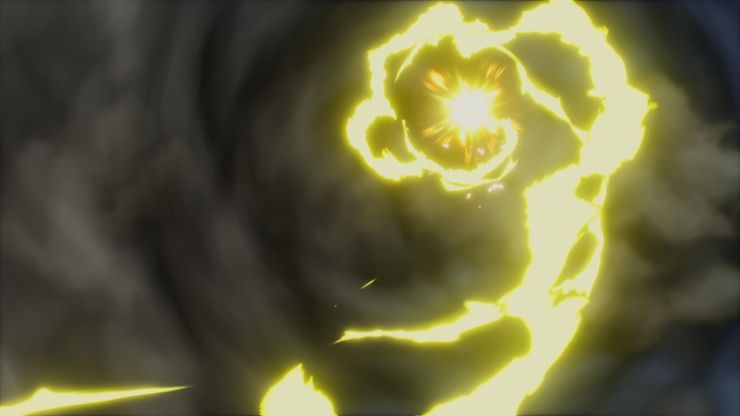 Few abilities hit every enemy on the field. Nami's Thunder-Breed Tempo manages to damage everyone you can see. She throws an egg into the air, cracking it open to unleash a storm above the arena. Conjuring a massive spiral of lightning, the bolts bounce between enemies applying paralyse where they can and KO'ing others. 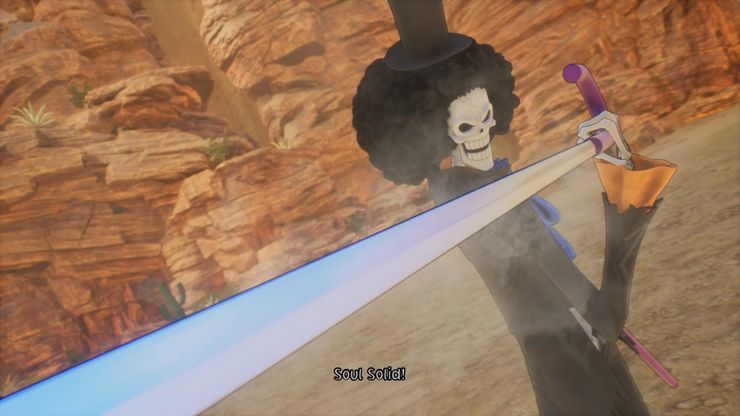 As the resident ice-wielder, Brook has a few damaging attacks which apply freezing. For Soul Solid, he coats his sword with a layer of ice before jabbing it into the foe before him. Even if the ice attack doesn't freeze them, it will deal a large amount of damage. 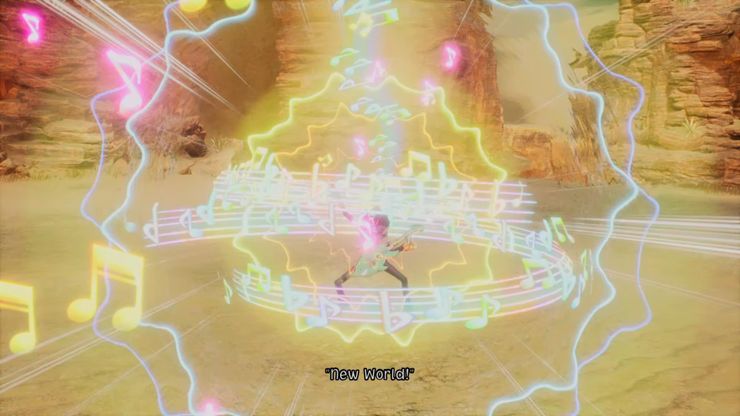 Brook is mostly a great support character – the One Piece version of a bard, really. While his go-to instrument is usually his violin, for New World he breaks out an electric guitar and jams some power chords. This is a buff for the whole team, increasing their attack stat for five turns. 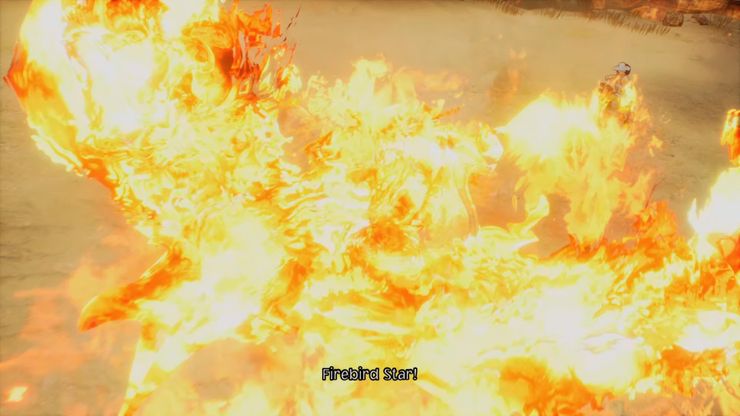 Usopp tends to be a Jack of all trades. He can deliver damage, apply burn effects and debuff the enemy. Firebird Star hits hard and utilises fire. Usopp pulls back his trusty slingshot and lets loose a pellet which bursts in midair transforming into a firebird. This bird swoops down into an enemy stinging them with some tasty fire-based damage. 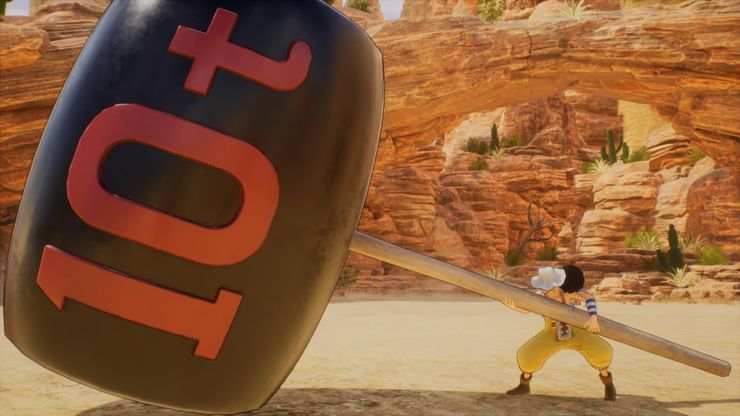 It's a shame that Golden Pound doesn't affect more enemies. Many of them are resistant to this ability. Usopp inflates a huge hammer weighing ten tonnes, and jumps into the air while swinging it backward. With all his might, the hammer falls throw the air, devastating the enemy. 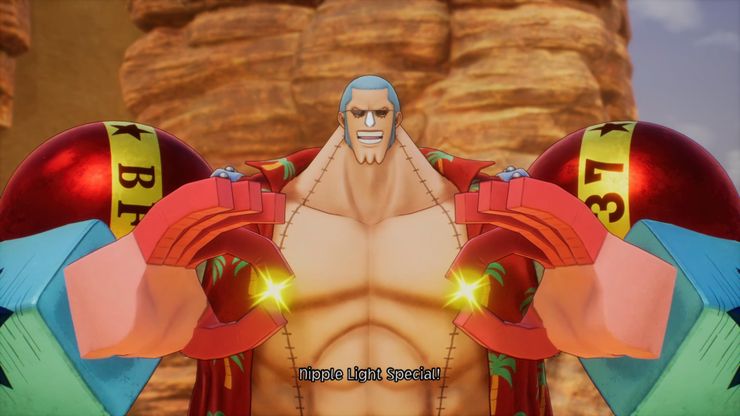 It wouldn't be a One Piece game without some tongue-in-cheek abilities on show. Franky tweaks his nipples, firing a beam of bright light toward the enemy which dazes and confuses them. It's not an overly helpful move in the grand scheme of things, but it's ludicrous to watch. 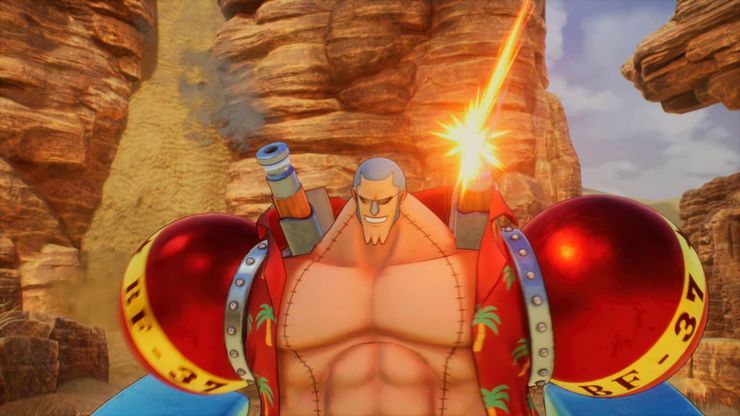 The Franky Cannon is a bit more of a standard ability. Opening his shoulder containers, Franky unfolds two high-power cannons and blasts a group of enemies with explosive rounds. This is a pure damage-dealing ability that works great from range. 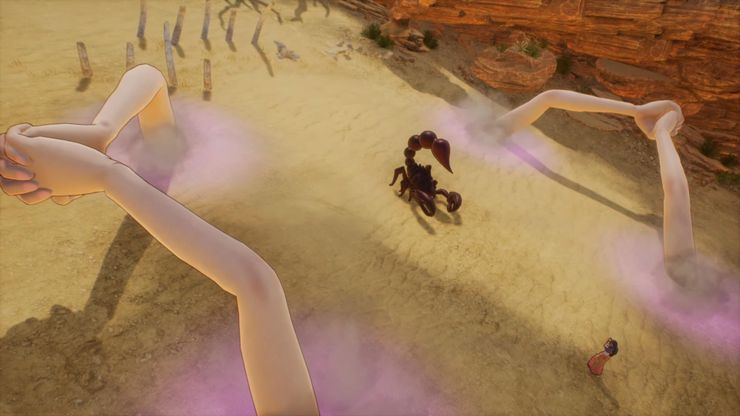 Robin's power to multiply her limbs comes in quite handy with her battle abilities. She doesn't have many to choose from and most of them are aimed toward crowd control or overwhelming damage. This ability grows four enormous arms from the ground which join hands, swing back, and crash down onto a solo enemy. 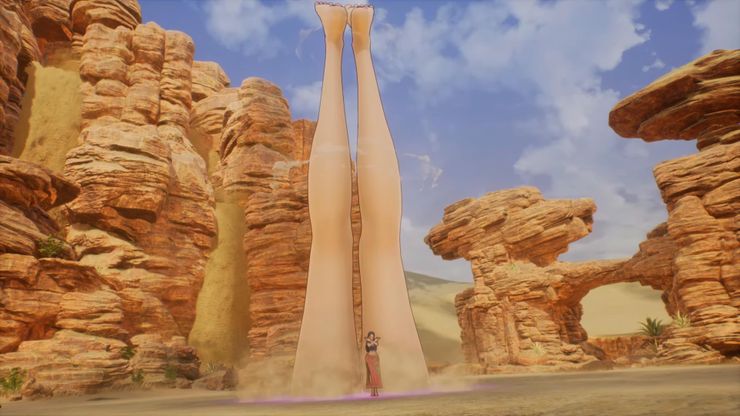 While it's tempting to choose the ability which grabs and squeezes a man's "sensitive area" that tends to be more situational, this one is perfect for damaging everyone in the arena. Robin grows two gigantic legs which stomp down over all enemies in sight. With her feet constantly crashing down, she obliterates everyone like a toddler throwing a tantrum. 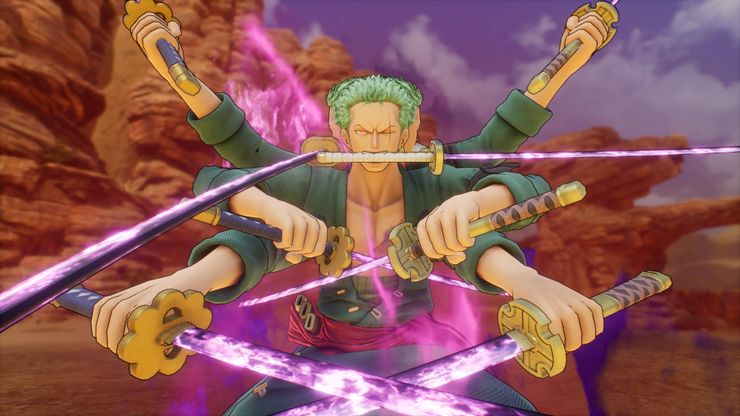 You can never doubt the greatest swordsman in the world. Zoro, with his three-sword style, is sure to slice and dice an enemy with any of his moves. For Ashura Silver Mist, Zoro transforms into a multi-armed warrior and swings each of his swords in pure synchronisation for high levels of damage. 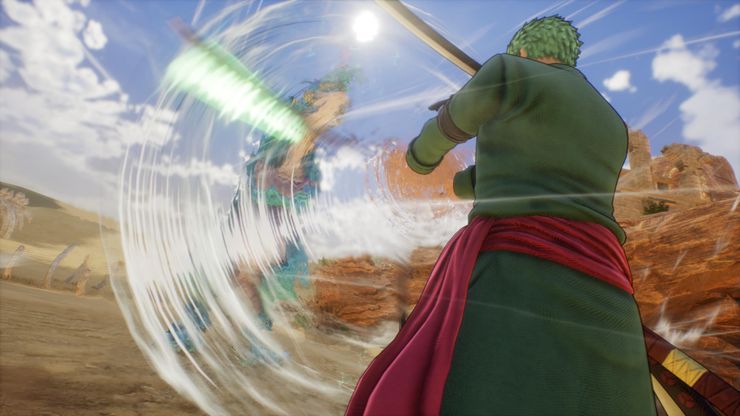 Sticking with just the usual three swords, Zoro joins the three handles together and begins swirling them like a windmill, before charging headfirst into the enemy. The blades spin in a cyclone of sharpness, catching everyone in his wake and looking like a whirling demon.